2 mystery frames looking for an ID?

I opened a small repair shop from my garage this March and I have been accepting donations of bikes to fixup and sell. These 2 frames were donated to me this week and I have no idea what they are. I'm based in the UK.

White frameset: 2.88kg 58cm was was given to me just as a frameset and the owner said that its Reynolds 631 (although I'm not convinced as it feels quite heavy) and he had the brake bosses and cable stop added so he could fit canti's. Unfortunately he gave me no indication of brand, just some visible red paint under the white paint, on the steerer, in the headtube and in the bb. Shimano SF dropouts with a frame spacing of 123mm? and forks at 100mm, 27 seatpost and the bb is 68mm English thread (has quite a distinctive cut-out section which can been seen in photo). I have searched all over the frame and there is no serial number anywhere. I'm thinking it could possibly be a British Eagle touristique, as I have seen identical lugs and seat stay caps on some of their models but I can't find an exact match with the forks and shimano sf dropouts.

Brown/white frameset: 2.57kg 60cm was donated to me as a complete bike. It's probably one of the ugliest paint jobs I have ever seen, but seems to be a quite well built. The dropouts on the frame (130mm spacing) and forks (100mm spacing) are Campagnolo, 27.2 seatpost and the bb is 68mm Italian thread. I suspect it is an Italian frame but other than that I have no idea. I have a serial no. for this one as seen in photo.

The bike came fitted with campag nuovo record rear mech, bb and headset and chorus crankset and shifters. The front mech is a Galli, brake levers are dia compe, cinelli bars and stem and mavic wheelset with mavic hubs. I have photos all of the parts removed that I can upload later if needed, but I'm not sure which parts (if any) are original.

Any help would be greatly appreciated and please ask if you need any further details or photos. I would like to restore both of these frames to their former glory, but first I would like to know some history and give them a name before I embark on these projects. Thanks 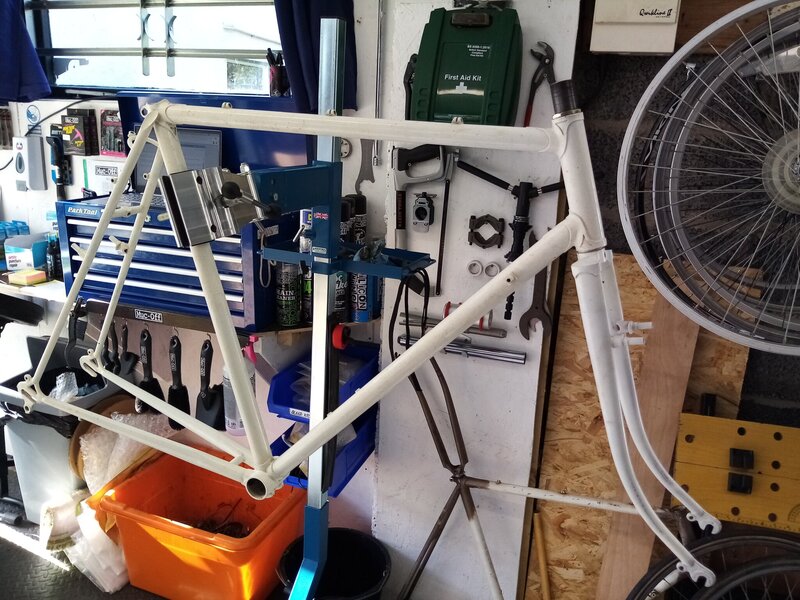 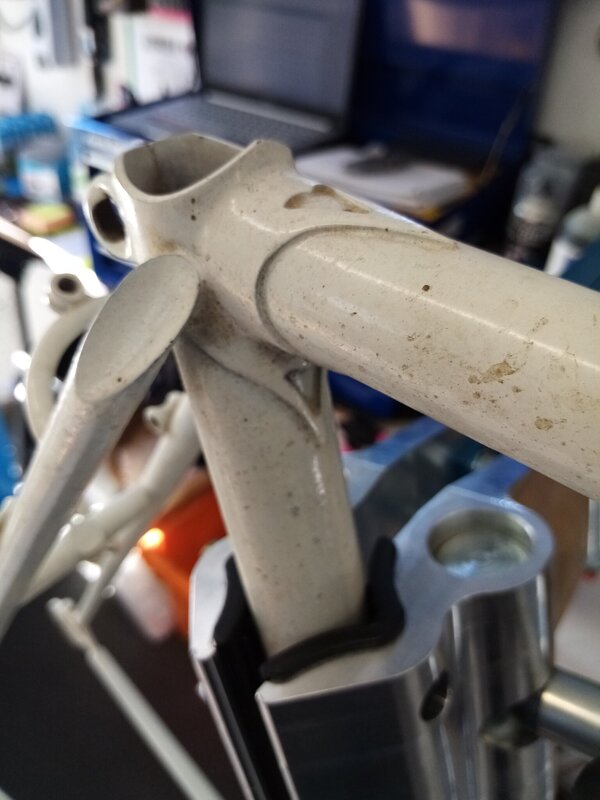 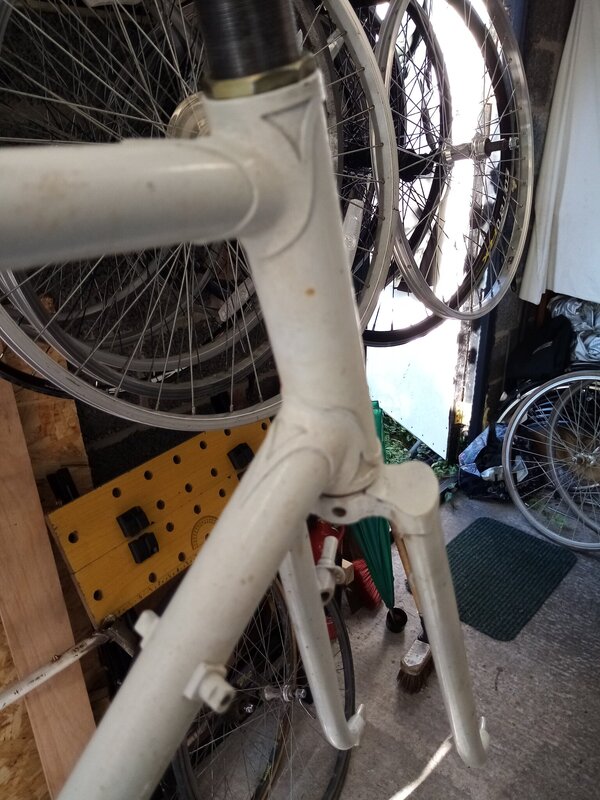 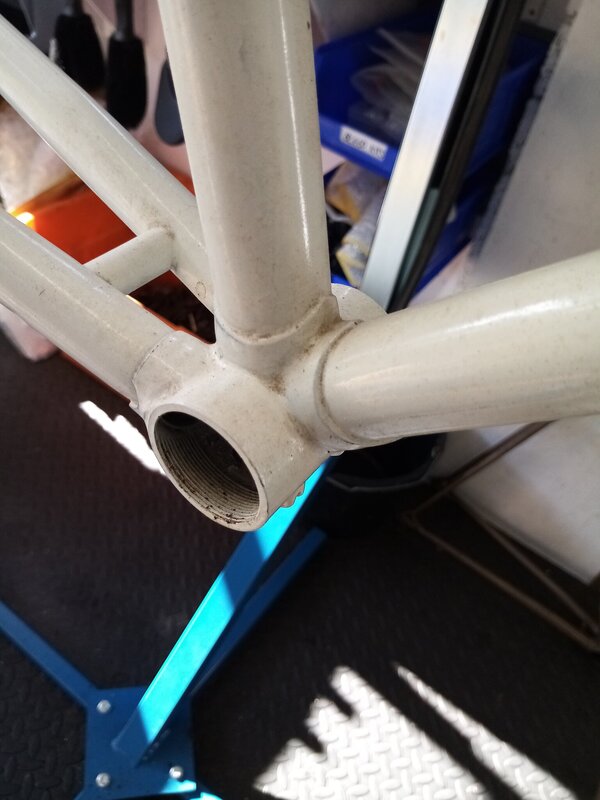 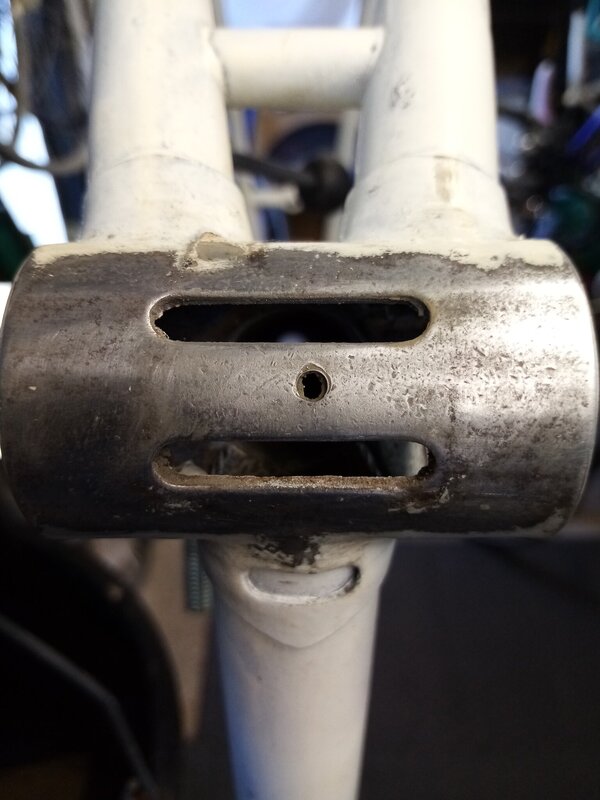 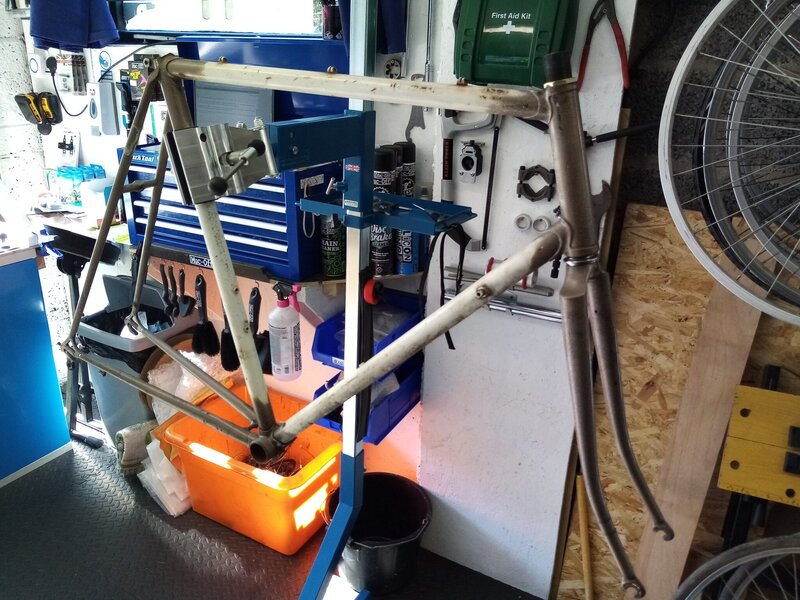 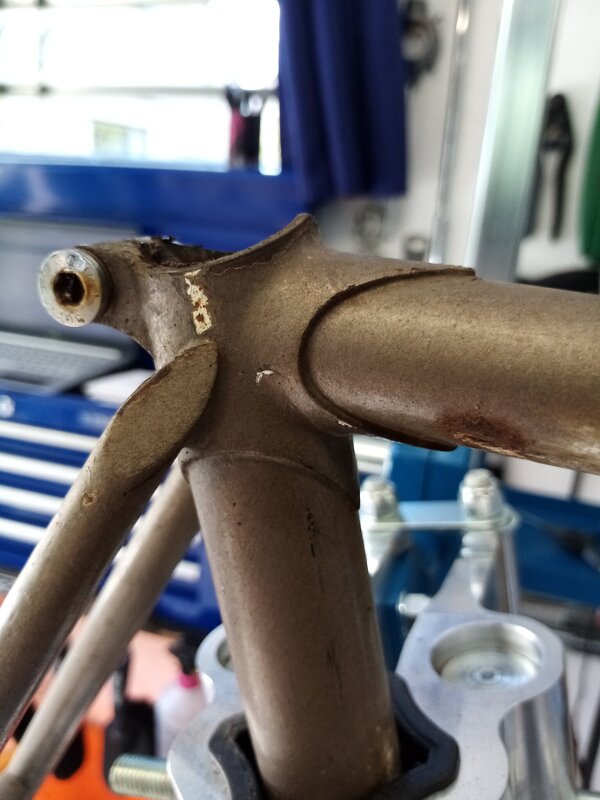 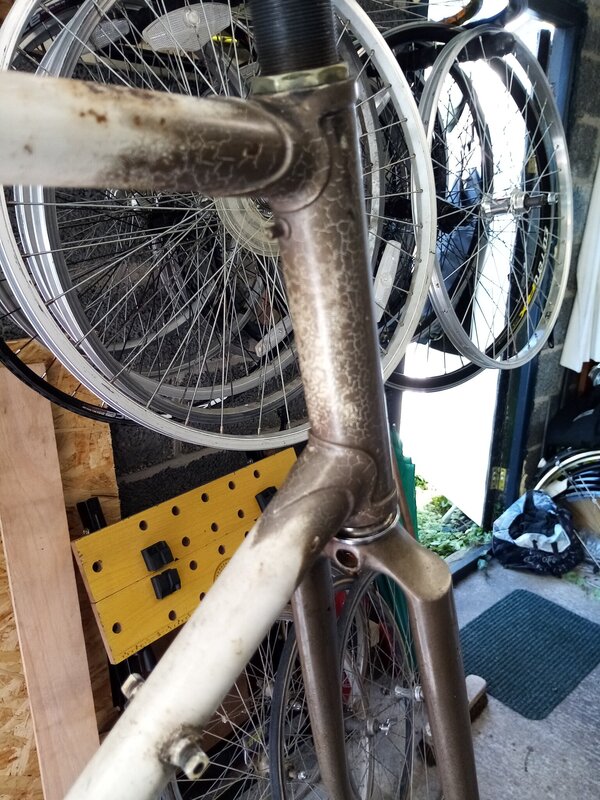 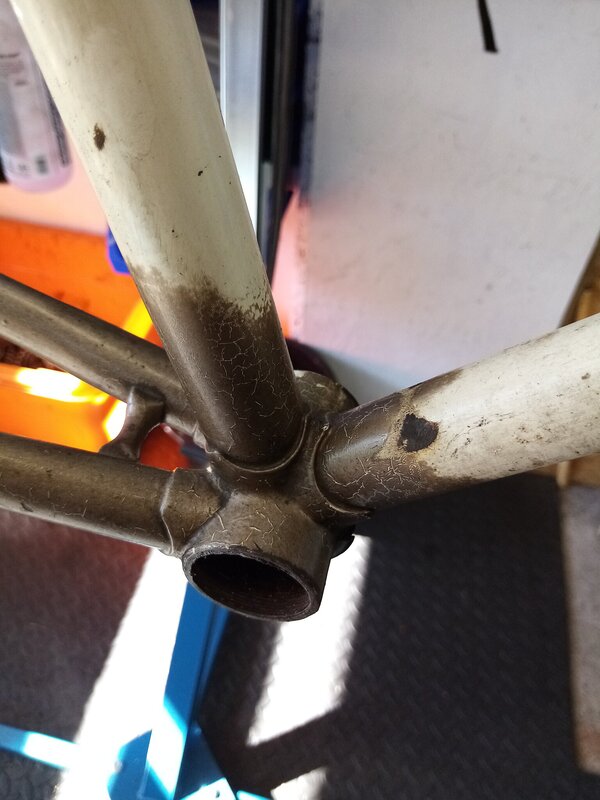 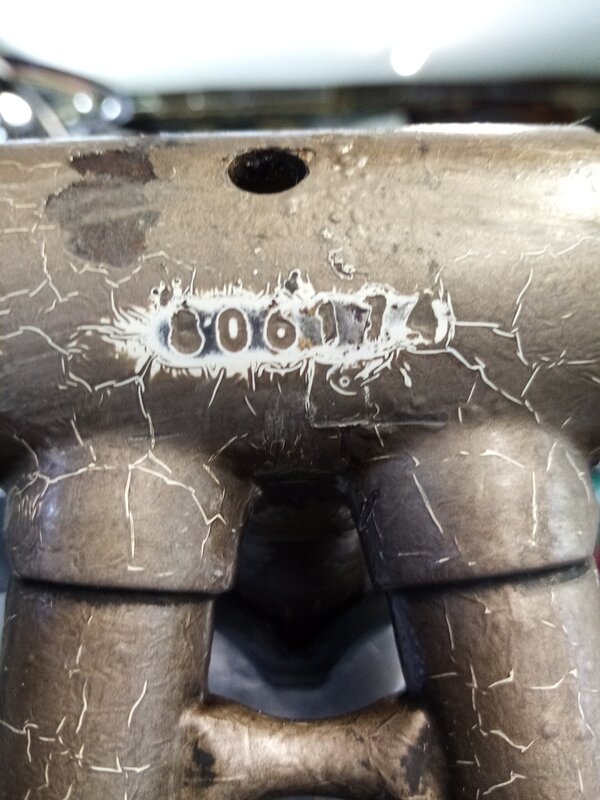 631 didn't arrive until the 1990s, and with a narrow rear end, your frame must be from the 80s. 531ST would fit with the 27mm seatpost. The construction is much too nice for British Eagle, and most of the other big manufacturers. Look at those elegantly thinned lug points.

My guess would be a Revell Romany, though I can't find an exact match. There were considerable variations from year to year.

No idea.
You must log in or register to reply here.