Picked up this Cannondale F900 a few months ago and put a pic up with my other shoddy Kona, but has been a while and I’ve tinkered a fair bit with it so far. 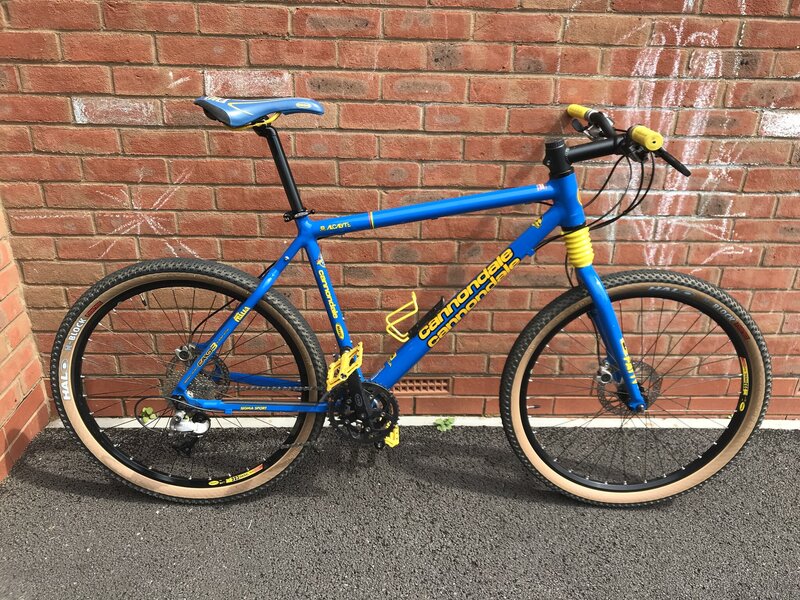 It was I really good condition albeit with a bit of damage from the courier company which I managed to win a claim for. It had barely been used but I wasn’t keen on the additional yellow items that had been added. I wanted to use this bike properly as an XC/Trail bike around my local area (the Purbecks) so got around to upgrading some parts.
First part of most of my builds is to change the rear hub to Hope as I like smoothness and the click. I picked up a wheel set that I was going to change the hub our for, but the original mavic x223’s were in really good condition and also felt a bit flimsy so I kept the Mavic black 321 on the rear and relaced with black spokes to match the front wheel.
Originally I wanted some nice hope brakes and got some xc4 brakes which fitted really nicely without the adaptors for larger rotors, but due to the silly brake size (130 rear, 150 front) without adaptors it would have meant sourcing bulb hub with the correct rotor which has looking tricky. So I ended up going for my favourite millennial brakes, the might Shimano Xt M755 four pots

not keen on the beaded lines, and where the banjo bolts are crimped on (can’t take them off) I haven’t been able to thread them through the disc hose guides so I’m waiting for some hose and bits to replace the lines.
Then I got a shorter stem as the original was 150mm long! I had some newer nukeproof bars which I used for a while, but then found an Easton Monkey lite CNT bars which suit it perfectly I think. Also found a Thomson Masterpiece layback post which looks lovely and changed out the rear mech from XT to XTR.
All that’s left is the crankset and I’m not sure if I’ll go 1x9 yet or not. Riding through my local trails yesterday the chain didn’t come off once which is reassuring when using the triple ring set up (it’s been a while since I last ran this set up!) so I’m just going to ponder about it a bit more until I decide if I want some middleburns or raceface turbines. I was also tempted on upgrading to 10 speed with a clutch mech but I want to try and keep it period correct really. I might also find a 1.5 Thomson stem in 50 or 70 and bore out to fit the headsock as I feel this stem is still a bit long but I will think about it some more. Here are some pics of it now from the ride yesterday getting abused: 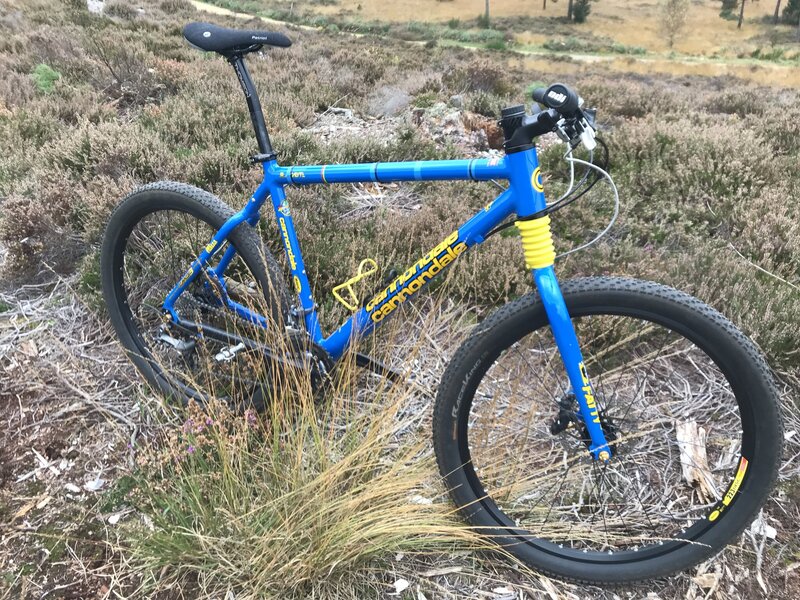 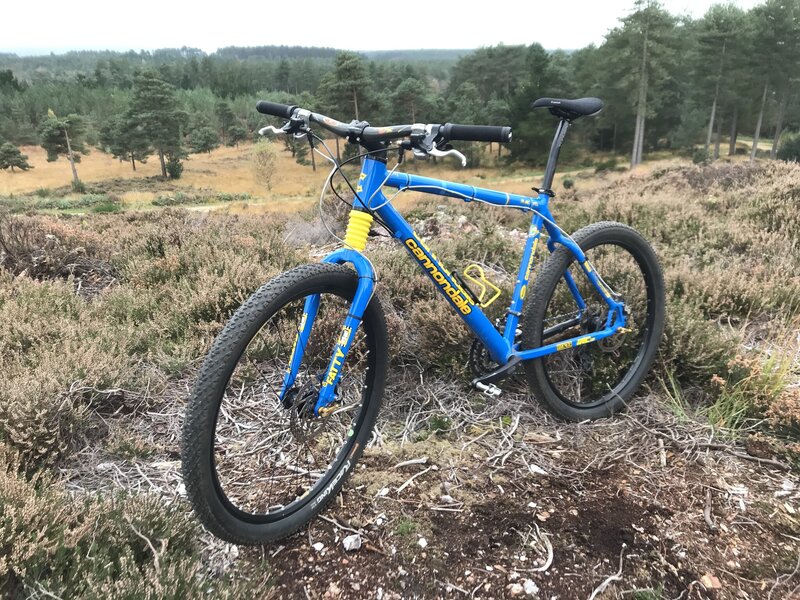 Looking good although I liked it on the skin walls better!

Lovely. I like the halo's better as well- but on the road though...
T

I did too, but they are the H blocks as abs previously said, only on the road! I will have a look when these die at some tan walls for the trails.

Yea it is surprisingly long for its age. I cam from a really long low slack hardtail and its still prety nimble. I would like to find a shorter stem though, something like a Thomson 1.5 and machine it out slightly to fit this. Just on the look out on Ebay.
C

Cannondale Fan
Nice. The F-series bikes are really fun on fast single trails. That original stem a bit on far side though
You must log in or register to reply here.