Kona Fan
Had a pretty good crash on the explosif last night. Was on a bike path going down a hill and doing about 40kph, rider in front of me doing about 20. There was room for 4 bikes wide on this path. I did give him a yell that i was passing but I think he was wearing head phones

Just before the bridge he cut over in front of me for no reason, full brake lock and at one point my options were running straight into the metal bridge or jumping into the creek.

Someone i got it slow enough neither happened, though i did go right over the bars. My elbow was scraped but nothing else, couple bruises.

Most importantly almost ZERO damage to the bike, it fell on the end of the handlebar and punched a hole in my grip and scruff the race face chester pedal a little bit but thats it

NOTHING on the new project 2 fork, nothing on the frame, no issues anywhere, a miracle surely. Rode it the few km home and no issues with the bike.

Also was another 4 minutes faster on my local loop, so this thing is proving to be a real speed demon.

Just come over from commenting on your fb post, sounds bloody lucky there dude!

Pisses me off when people run/ride with headphones in, as they can't hear you approaching, calling out to them or anything, they're a danger to themselves and everyone around them!

Glad to hear the bike is pretty much unscathed though!


Spudly":2wbmxz0n said:
Just come over from commenting on your fb post, sounds bloody lucky there dude!

Pisses me off when people run/ride with headphones in, as they can't hear you approaching, calling out to them or anything, they're a danger to themselves and everyone around them!

Glad to hear the bike is pretty much unscathed though!
Click to expand...

first thing I did was run and look at it, wasn't even concerned with myself.

first thing I did was run and look at it, wasn't even concerned with myself.
Click to expand...

I've refrained from commenting anymore as I had someone trying to explain to me, that a dcd isn't purposed for limiting chain slack/slap, you can't argue with engineer-y types, but I'm pretty sure that's what they were made to do lol.

On the other hand you could source one of those bullet brothers spring jobbies, had an arm that sat behind the end of the wheel q/r and stuck out towards the back of the bike, then had a long spring that clipped to the bottom of the mech cage and essentially pulled it rearward, helping to keep tension on the chain!

Pretty sure I saw images of top downhillers using both a dcd and a bullet brothers tensioner too!

Kona Fan
Thanks for the suggestions, It isnt really that bad I just thought it was weird my Kilauea has nearly no slap but the Explosif has it, even with he same derailleur

Winter coming on fast in Canada and the nights are getting longer. Not as easy to get out but I have still been able to a couple times a week. 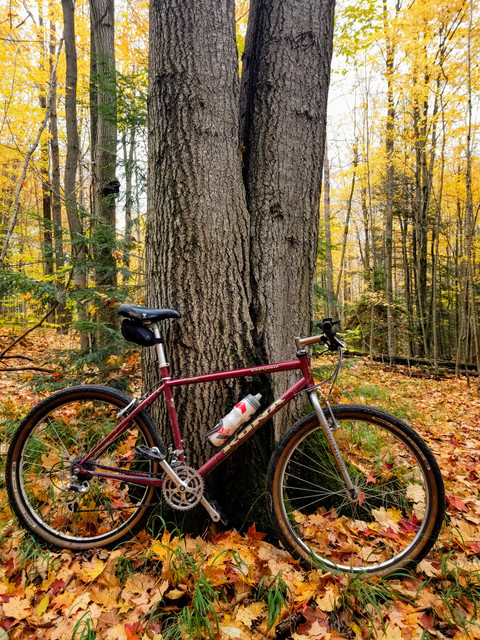 I picked these up on the classifieds back in August but the postage from UK to Canada is slow right now apparently.

They just came in. Shimano XTR V brakes. Just installed them. Hope to give them a run in the morning. Riding season is mostly done up here for me now. 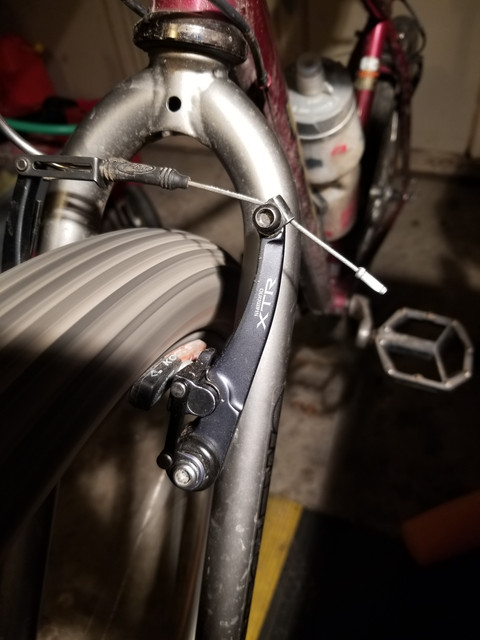 A picture in better light. 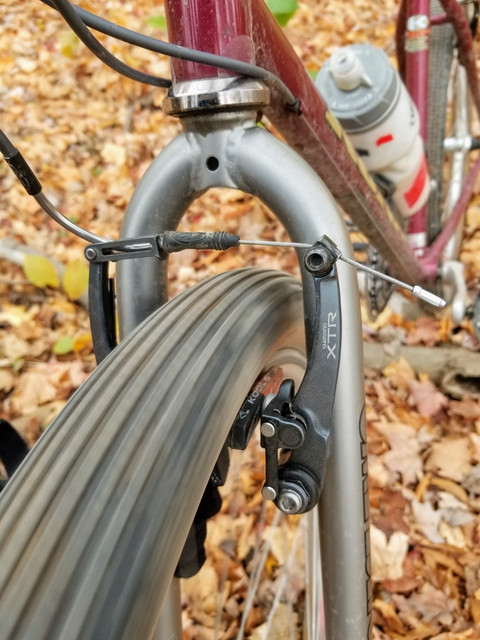 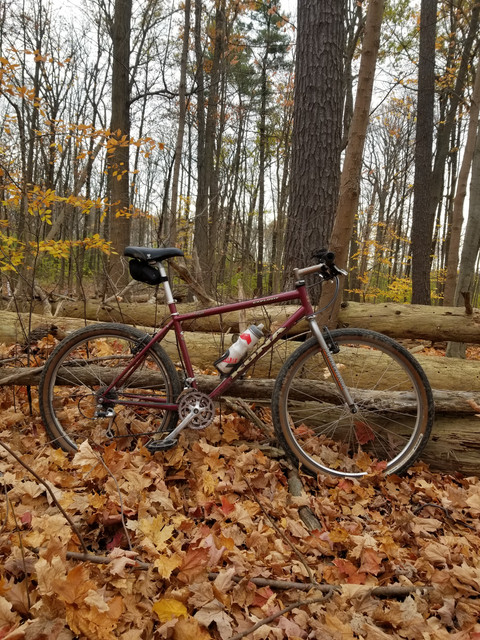 Its nice to have matching brake arms. I had a matching pair of M6000 but when I bought the M739 XT brakes I thought it was front and back, but it was just the rears so I tossed them on.

The thin XTR definitely look better on there.
You must log in or register to reply here.