One of the next on the work stand for me is this 1990 Kona Explosif. Bit of a poster bike for me at the time, but I joined the mountain biking scene a bit too late, and other kit was more affordable for me so I never pursued actually buying one. 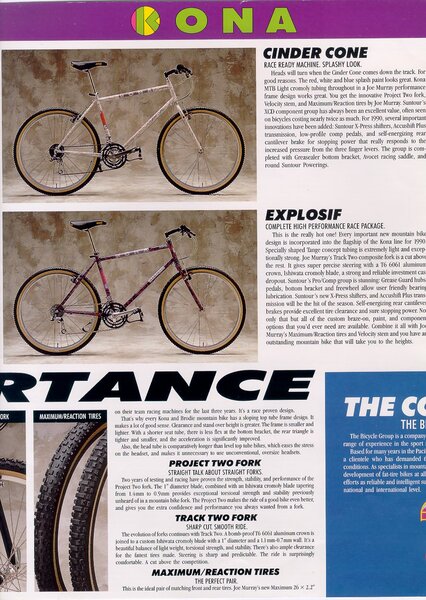 I did flirt with one around ‘92, by having a test ride whilst at the Cheddar Challenge, and found the riding position too relaxed - so riding one actually closed that chapter for me!

Fast forward 30 years....this frameset popped up on Facebook earlier this year with a reasonably strong asking price, but being in my size (unlike many that come up for sale) I decided I’d go for it. 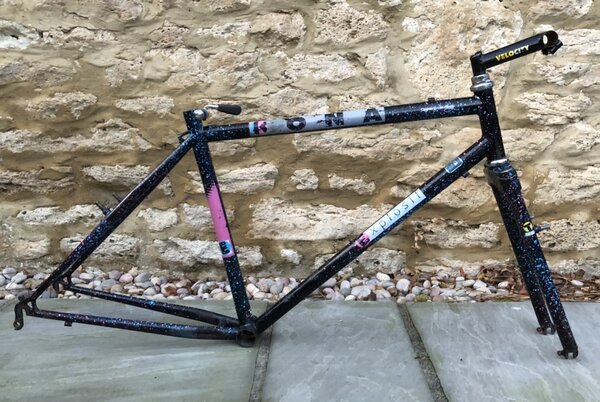 She is no garage queen that’s for sure! Plenty of patina, scratches, and apparently a dent somewhere according to the seller - though I haven’t found it yet!

I’ve done some research, looked at other fine examples recreated by other members in order to decide on what spec to build it with - then settled on doing something different...

I’ve decided to go full ‘Campag’ on this one!

Apart from the odd chainring, mech, and quick release, I’ve not got any Campag kit, or any experience with using it...

I’m planning an ‘all black’ build where possible, not withstanding that some parts are only available in silver. I’m also trying to stick to year specific parts, so I’m looking to build with the following components;

Many parts already acquired but it feels like I may have to compromise in a few cases.

ooo, with the Track 2's as well, looking forward to this :xmas-cool:

Not seen track 2's before

Going to be a real nice build with the campy spec.

Looking forward to this one Pete

+1 signing up for build progress. Looks set to be a corker.

Beauty, look forward to seeing this come together...

Nice find that. Never seen one built up with Campagnolo before.

Don't think I've seen a 90 Explosif with Campy before so curious to see how that looks. Good luck for the build and the wallet!
T

Lucky to find some Track 2's - wasn't there a recall on them and they were swapped out for P2's?


teethgrinder":8x8gy031 said:
Lucky to find some Track 2's - wasn't there a recall on them and they were swapped out for P2's?
Click to expand...

No idea! Maybe someone else can answer that
You must log in or register to reply here.