NevadaSmith on here very kindly dropped this off with me this morning:

Now this frame ticks a few boxes for me:

1. Its from what I think is the "Golden Era" of MTBs, 1989-1992 when the sport was coming of age and exploding in popularity. This is the time I got into MTBs on my lowly Raleigh Mustang, subscribed to MBUK from the May 1990 edition and drooled over bikes like this.
2. Tange Prestige. Its a top notch tubeset (although this is no lightweight by todays standards).
3. Fillet brazed. I would love a Ritchey fillet frame but this will do nicely thanks.
4. Nice detailing - the mono stay, the brake hanger, the twin inline bottle bosses and the elegant straight forks!
5. It fits me so I am likely to actually ride it.

IBOC What?! John who?!
Mongoose made BMXs, then started making MTBs. In 1988 they sponsored John Tomac who rode a Mongoose (EDIT: it was badged "signature edition", pre IBOC range) - this was a lovely welded Japanese Prestige frame (no fillets) in grey (see http://retrobike.co.uk/forum/viewtopic.php?t=184248&postdays=0&postorder=asc&start=0). The Mongoose range expanded to 3x MTBs in 1989 so they badged them IBOC. The 1989 the IBOC Team got fillets and paint job as per this frame, then in 1990 they dropped the fillets and went back to a flat grey paintjob for the prestige IBOC frames. I have no idea if all these frames came out of the same factory or not! Anyway this frame is (EDIT: tenuously) related to the Tomac signature frame (being a prestige tubeset), even if he never actually rode a 1989 frame having moved to team Raleigh around then.

How to build it?!
The 1989 catalogue indicates a full Deore XT II build, with wide cantis.

All my bikes are riders, and I'm not obsessive about catalogue spec. I'd rather it looked nice and rode nice. The frame is peppered with rust spots due to damp storage probably and will ideally need paint. So I'm building it up with what I have with a view to collecting "correct-ish" parts over time, then getting the frame refinished and rebuilding the bike. So please excuse the front wheel and the 8 speed setup! 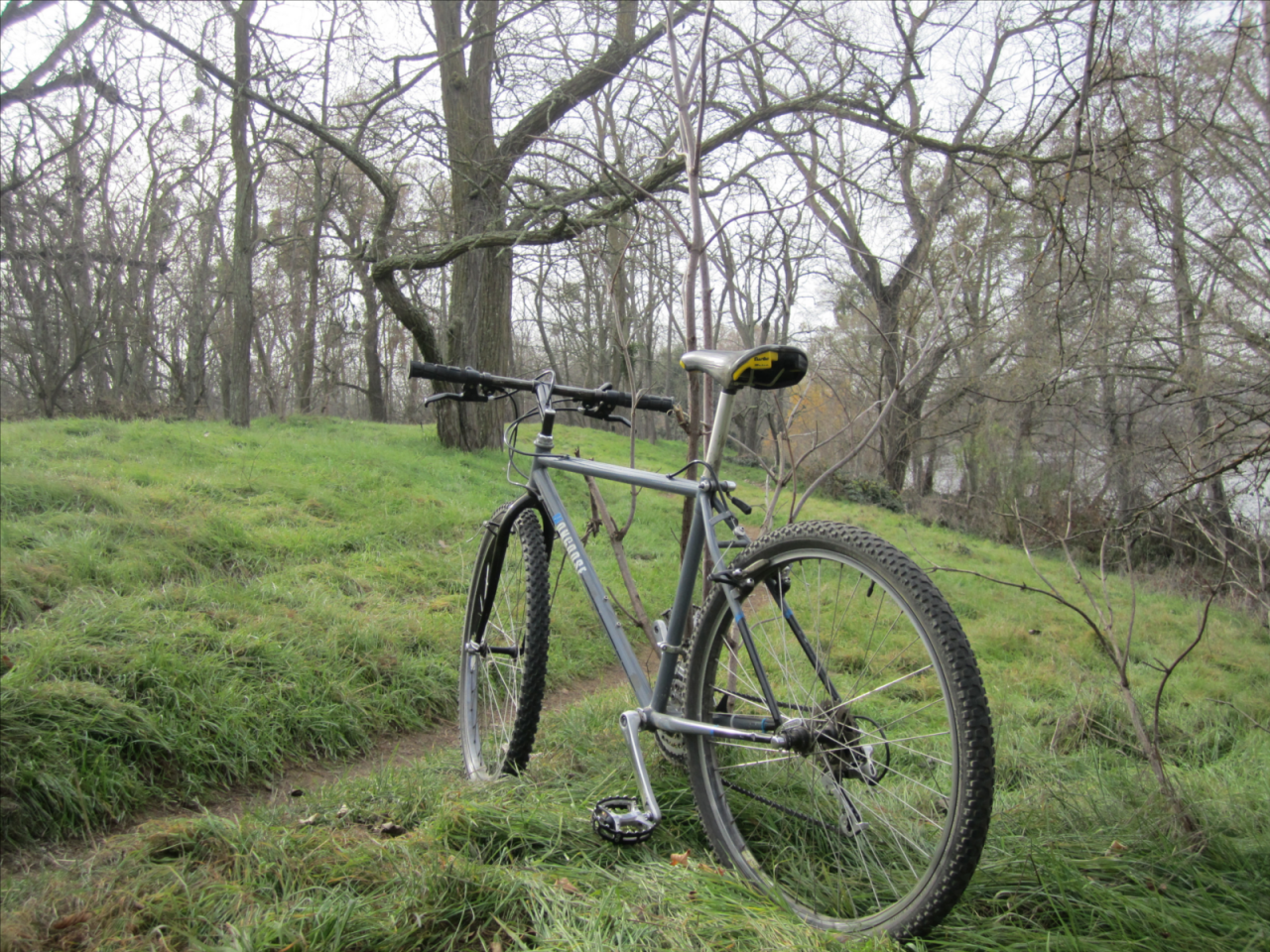 Nice frame nonetheless. I like the fillet-brazing on the IBOC but...(in a deep Highlander voice) there can only be one

longfinkillie":30zp8whv said:
AFAIK Tomes rode one just like this:

Nice frame nonetheless. I like the fillet-brazing on the IBOC but...(in a deep Highlander voice) there can only be one
Click to expand...

Nice one... I love those old Mongoose bikes (especially that Ti/Steel one that's half silver/half black).

Link provided shows a completely different bike. It shows the John Tomac Signature, it was made to JT's specs. and raced; the other, well...he never rode a IBOC team as said in the OP. He jumped to Raleigh in 88 if I remember correctly.
W

I'm just waiting on a seatpost and mt63 brake levers then I can go for a spin!

longfinkillie":1p7hy9ja said:
Link provided shows a completely different bike. One is the Sig: where it was made to JT's specs, and the other, well...he never rode a IBOC team. I think he jumped to Raleigh in '88 or was it 89?
Click to expand...

Read what I wrote! I don't claim he rode this frame, just that it is related tenuously since he rode a mongoose prestige tubed bike the year before.

longfinkillie":7e0aye92 said:
Link provided shows a completely different bike. One is the Sig: where it was made to JT's specs, and the other, well...he never rode a IBOC team. I think he jumped to Raleigh in '88 or was it 89?
Click to expand...

I did! And here's your chance to as well.

Aha! I did indeed write the wrong thing.

I should have written "In 1988 John Tomac rode a prestige tubed Mongoose, badged with his signature"

Sorry & thanks for pointing it out.

Mombat has the '88/'89 catalogues showing the differences - http://mombat.org/MOMBAT/BikeHistoryPages/Mongoose.html

BoTM Winner
I have the all-Ti, Merlin-built version and raced it against the big boys including JT himself in 1990 and 1991.
You must log in or register to reply here.