A couple of people have asked me to post photos, so here we go.

This is not a garage queen, it is a daily rider, and is showing the signs of twenty years of use, and is a Frankenbike, so the purists might want to look away now.

I have owned this bike since 1992 (ish), I paid the princely sum of £35 and two pints of cider for it, and it came in bits in a box. The seat post was stuck solid, and even then it was a hotchpotch of bits.

This bike has seen service as a weekend rider and everyday commuter (30 miles a day for a while). It has sported racks and panniers and been used as a tourer, and was ridden from Tel Aviv to Cairo years ago. It has seen service as a courier bike in London, the only change I made was putting a road crank on it, so its paid for itself and the bits that have gone on it over the years.

Its been used as a pub bike, left out in the rain and even jumped into the sea from the harbour wall at Lynmouth. Its been crashed, bashed and generally mistreated, but has never let me down.

It is currently painted in a very unflattering shade of 'too fugly to steal' rattle can black, which seems to be effective, as the last colour it sported was 'to fugly to steal' rattle can red, and that was on the bike for over ten years, and it never got stolen, despite being left in some dodgy areas including being left unlocked outside a bar in Eilat for over 24 hours before I remembered where I had been drinking the night before.

It is still used almost daily, only last week it was towing a trailer full of live chickens back to our house.

I have other bikes, but they all seem to stay in the garage, I love this bike and just don't want to ride the others. Its far from perfect, the top tube is dented and its too small for me, but its been that way since I bought it, and I still love it.

One day it will be returned to its pistachio coloured glory and be hung in my lounge as remembrance of its greatness, but only after I get too decrepit to ride it any more, and only if my son won't ride it. 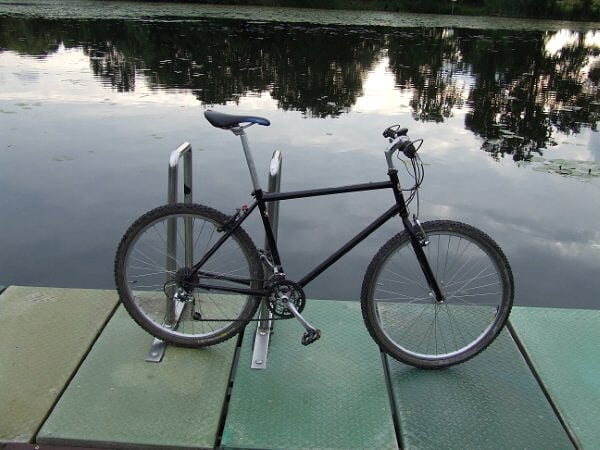 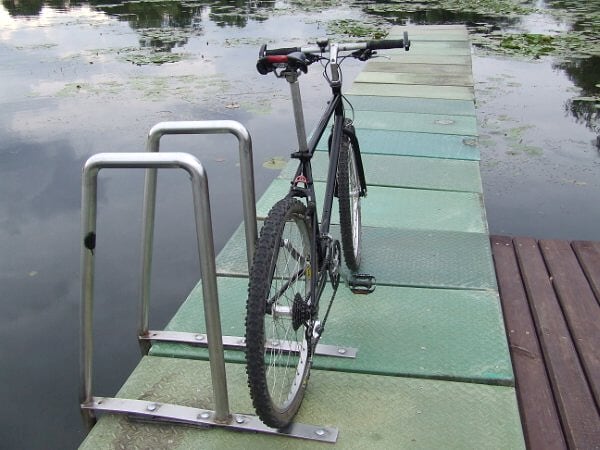 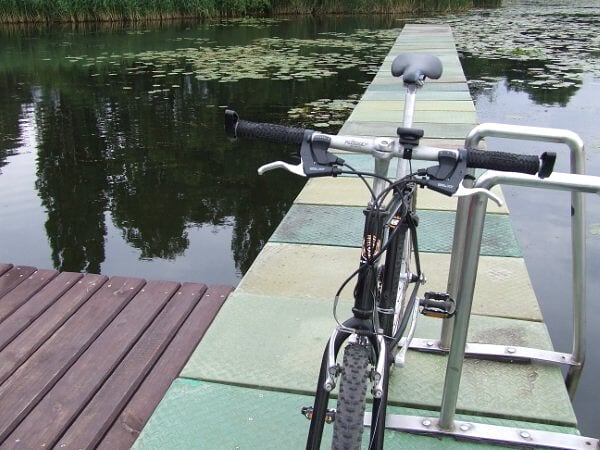 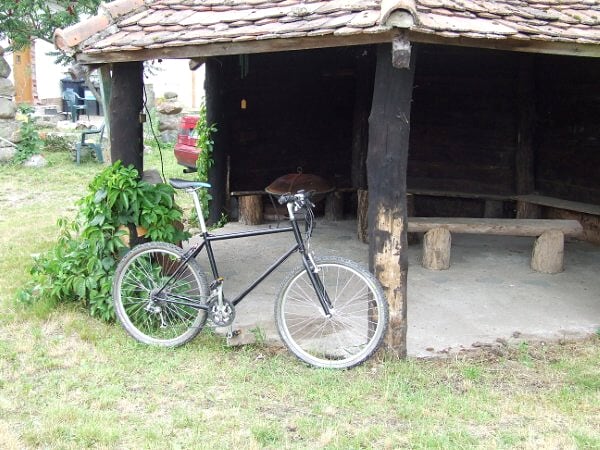 looking good bud! love a bike with a story! especially like the decals!

Kona Fan
I don't this bike looks too cheap to steal - I think it's more that it looks like it'd chew off a bike thief's arm and then spit it out to make room for the rest of him. Some bikes acquire a personality and this one looks like it just spent the last ten years teaching unarmed combat in the Foreign Legion.

Nice to see a U-brake - very under rated; great modulation.

Where were the pictures taken?

The first few photos were taken at the lake near my house, its a regular cycle route I ride around the lake.

The last couple were taken in my garden.

The 'U' brake is fantastic usually, but its currently sporting 'V' brake levers, so the stopping is difficult, I think I'll bend or snap the lever in an emergency. Hopefully a shifter will arrive in the post in the next few days to allow me to fit the canti lever back on.

The more I look around this site the more I am inspired to single speed this, especially as there are not a lot of hills near me.

So now I have a new daily rider, in the form of a Scott Endorphin, the Kona is going back to a tourer for a while. I'll be out doing weekends on it later in the year, ready for something a little bigger next year. 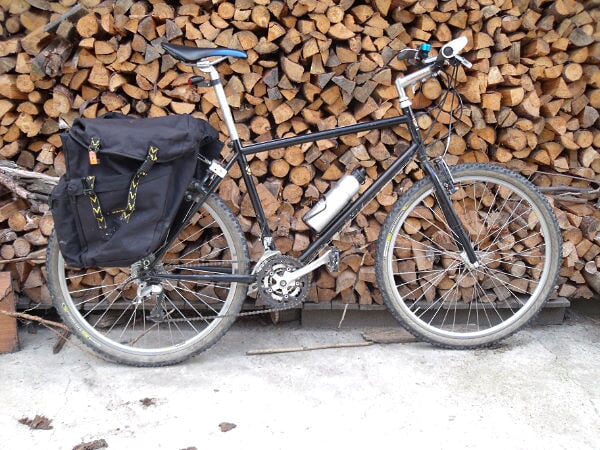 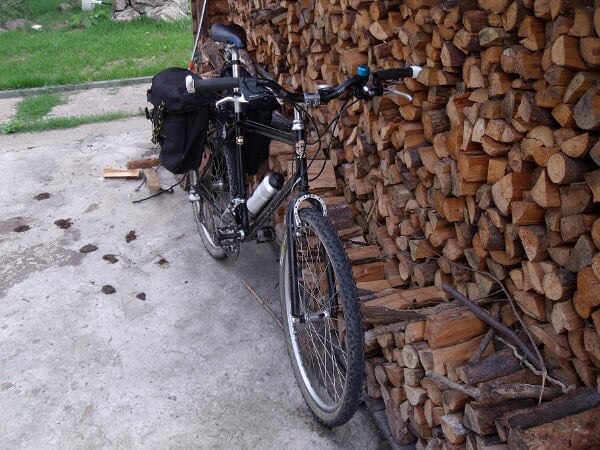 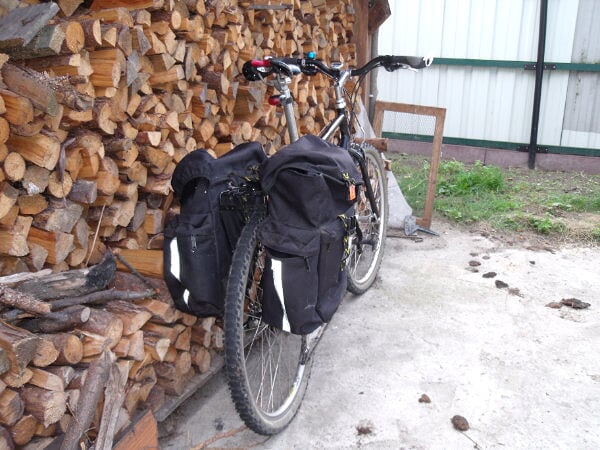 And yes it is sporting risers and bar ends, but I like it that way for distance work. I know it is seen as the 8th deadly sin, but I like them.

As I've had a bit of time on my hands I have had the frame stripped and powder coated ready to take touring.
I wanted to go for pistacheo green, but could not find a decent match to the original colour in powder, so that will wait for the next rebuild.
Instead I went for a colour that would allow me to be seen. 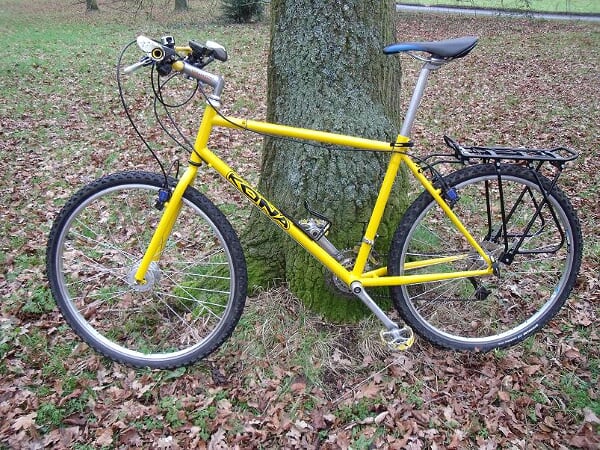 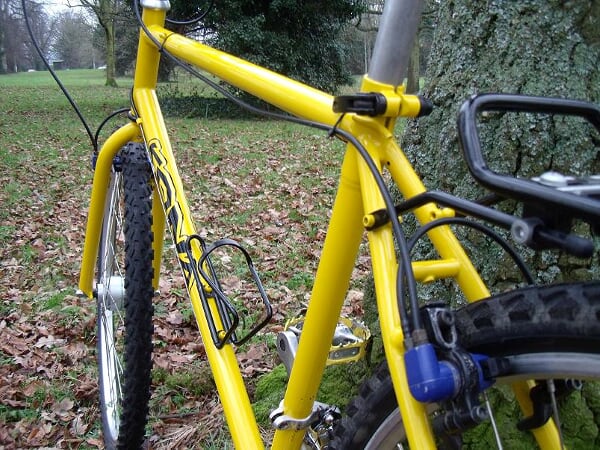 I've fitted Maguras rather than the U brake rear and canti front and a dynamo front wheel to allow me to charge my sat nav/tracker/phone/mp3 player. 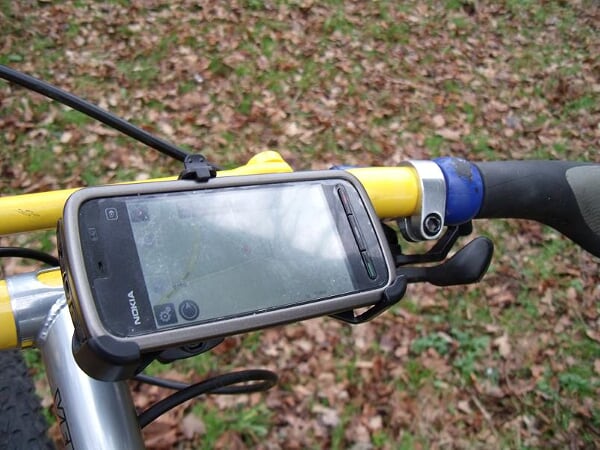 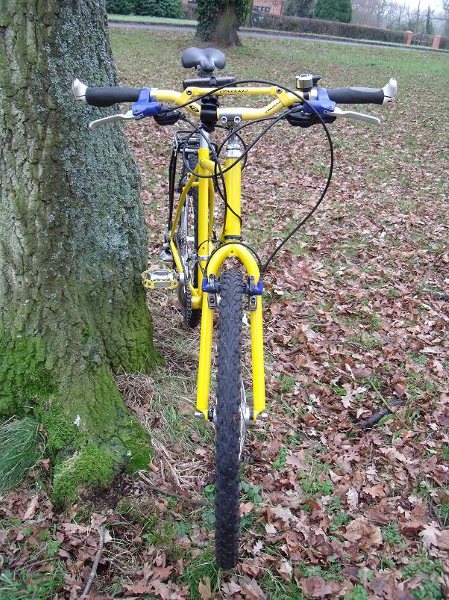 Unfortunately the trip to Nordkapp I had planned for the summer has been posponed for a year or two.
Shame really, all that work for one trip and its not happening this year.

Yellow looks great. stands out but in an almost subtle way, which is a weird thing to say when your bike is the same colour as big bird from sesame street!

Not the biggest fan of the more modern decals though i'm afraid, if I'm being totally honest.

I like those decals, none of the rest of the bike is period correct so I don't think it matters too much.
Plus the original splatter paint decals wouldn't work too well with a single colour.
You must log in or register to reply here.