I have found a 1939 Raleigh catalogue which clearly shows stainless spokes used on a hub gear with the double bend ends as you have them. I was a retailer in the 50/60s and have never seen these, although it was a known way to replace a broken spoke in an emergency behind a large cog.
However it is still crossed 4 times, and the spokes from the inside of the flange are in opposite directions as expected.
1938 catalogue quotes spokes as chrome plated, so it may be that the stainless used in later years was more ductile, and the machine that formed the ends was able to cope.
Keith
L

Thank you Keith,
Yes everything you said confirms my studies on this bike for the age. Indeed 1938 was the last year for chrome as it was needed for the War Effort & this bike is 1939.
The spokes on the bike are stainless steel and less ductile for peined ends hence the dog leg ends, only seen for a short period in this era, not done in the 50s/60s.
Yes have used the dog legged spoked formed ends as a temporary fix on the road for broken spoke behind sproket on cycle tour miles away from home.
ATB, Nick
L

I have a 1940 Ladies Model 36 with those stainless spokes. Still had chrome bars etc but the wingnuts for the wheels had gone in the 1940 catalogue so you needed a spanner for the flip flop hub.
L

dorset boy said:
I have a 1940 Ladies Model 36 with those stainless spokes. Still had chrome bars etc but the wingnuts for the wheels had gone in the 1940 catalogue so you needed a spanner for the flip flop hub.
Click to expand...

Hi dorset boy,
Thanks for your reply.
WOW a rare Ladies version and Wartime Built too. Would love to see pictures of it.
Raleigh eventually went to Wartime Finished Bikes with complete chrome deletion in black for all parts that were normally chromed. If memory serves me right Raleigh ceased bicycle production in 1942 for complete Wartime Arms Production 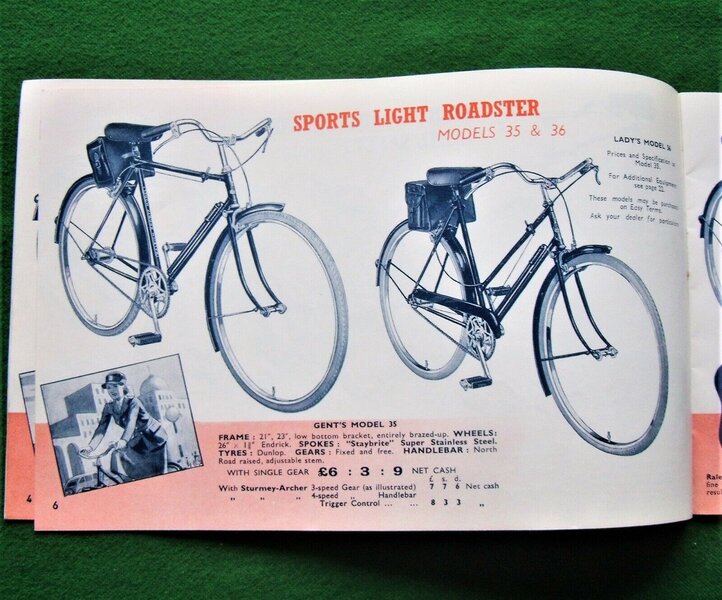 Here she is.Found in a barn covered in ivy up to an inch thick,tyres and rims were shot so i laced some stainless raleigh rims on.Put new tubes and tyres on her,new chain and some oil and grease, she still had the original saddle on but the Shockstop grips had perished.Rides really nice. 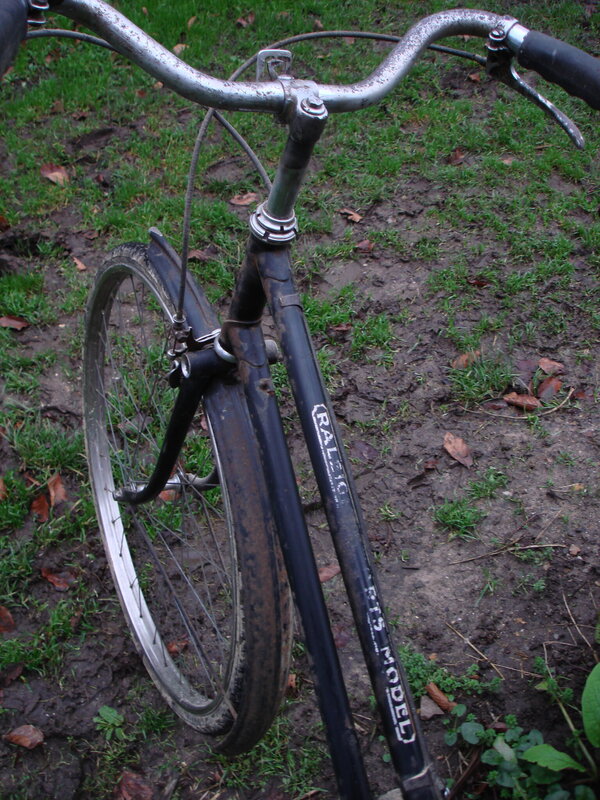 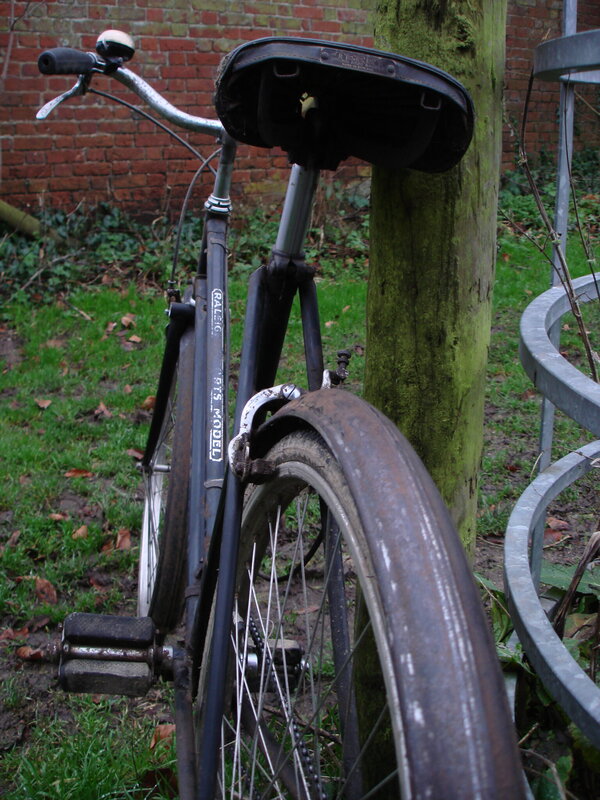 @dorset boy thank you for sharing the pictures of your bike. Quite a story and well done for rescuing it. Looks in way better condition than my one when I picked it up
You must log in or register to reply here.