So, my youngest wants to be like me, riding over bumpy terrain with impunity

. As such I'd like to swap his frame out for a full suspension one. Needs to be pretty tiny - 14" ish. He's got about 4" seatpost up on a 13" Spesh Hardrock at the moment.

Ideally something old and uncool (therfore cheap!), like an early/mid 2000's Marin or Kona. It's not going to be used on much more than local bridleways.

Cheers. I've had a look and I'm not sure why, but it's just not doing it for me. Thanks anyway though.
M

I've another look at the X2 and it's growing on me. Sadly I've just re-measured, and it's slightly too big.

what about a little heckler frame 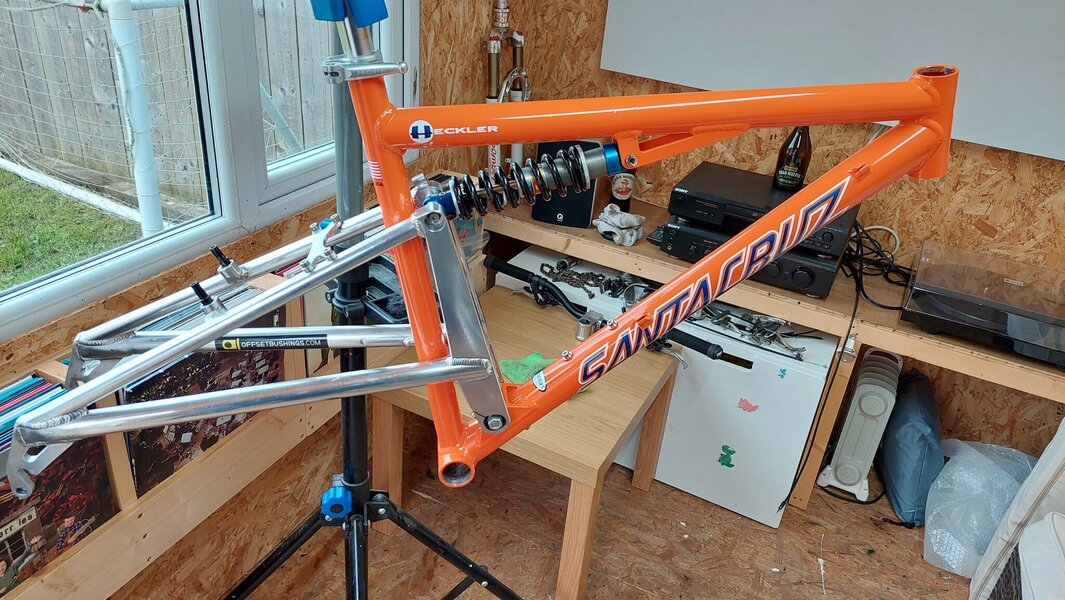 Thanks for replies and messages everyone. I got one in the end. I found a Marin Mount Vision on ebay. Looking forward to us building it together.
You must log in or register to reply here.