....and I have a bike, full oryginal, a little work and will be shine
M

Now that is odd but I like it. Looking forward to seeing better pics of it as you restore it to its full beauty

ok, everything for You!
N

hello, I also have a similar bike and I'm trying to confirm its name could you send me photos of the stickers so that I can redo them, do you have other images of this model thank you in advance nono

Schauff is usually pretty nicely documented at a german Webpage (it looks oldfashioned, but bikes are nicely listed per model year).
Just it seems that not every model or variant made it in their official catalogs etc. and on this page.

but it seems it was also available in other colors or later years (maybe till 1993?) 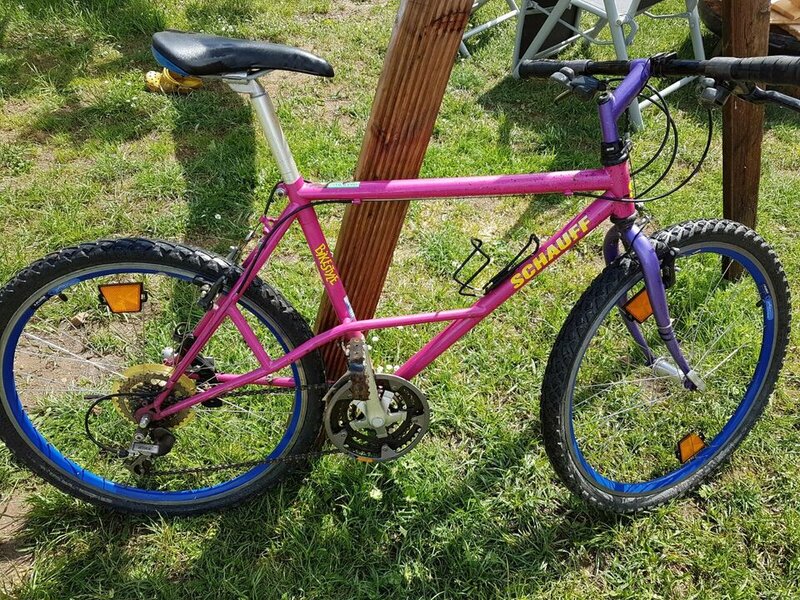 if there is still more intrest on this specific frame, i think i found meanwhile the producer in an old ad in an Bike magazine from 1990.
The Taiwanese producer A-Pro has shown this frame at a trade show. 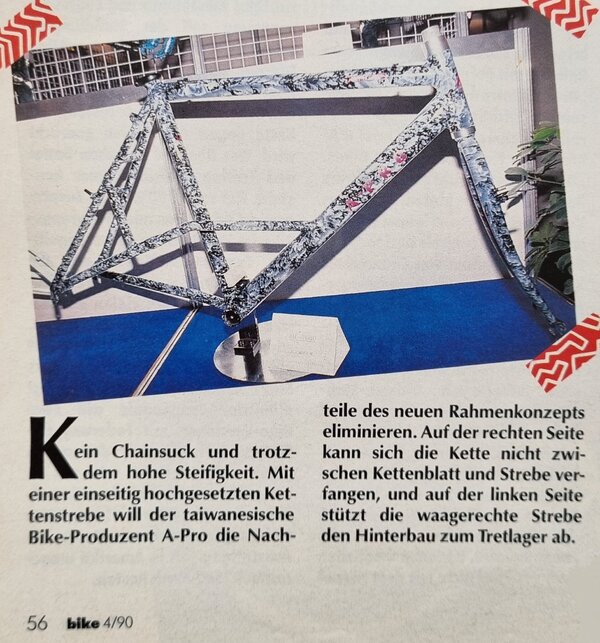 To me the one later used by Schauff for instance.

Also the german Brand Winora sold this apparently as model "New Game" for some years. 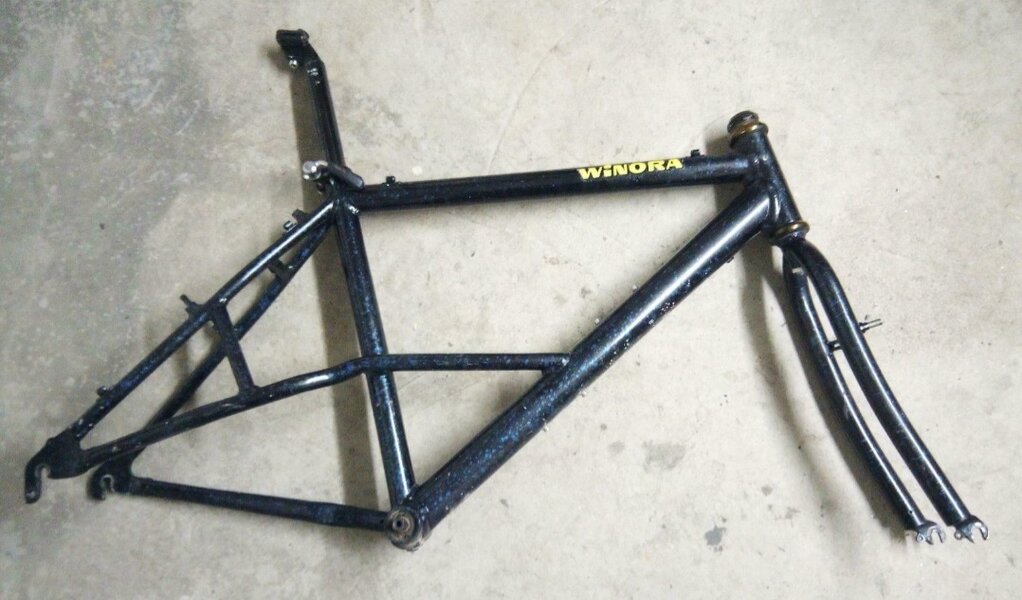