Collar.
Not quite so much to say on the cam-twist/Ti-stix, other than to say like the H20 cage, it redefined a genre.
The driver for the work, like any good design, was driven by 'need'. Need, at the frustration of essentially road based QRs with internal cams, breakingthier cirlips and falling apart on the trail. The cam twist design went through several iterations, before it for to the 3 hole design we know. Initially, the designs were basically wiing nuts, before they moved in to the hinged design 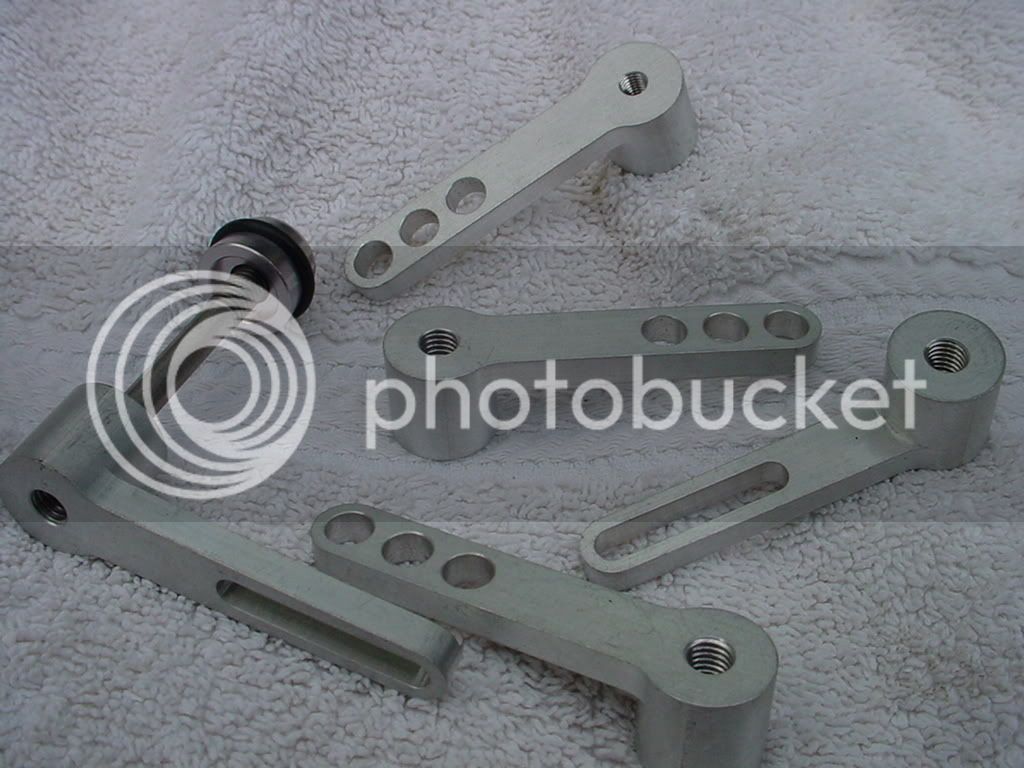 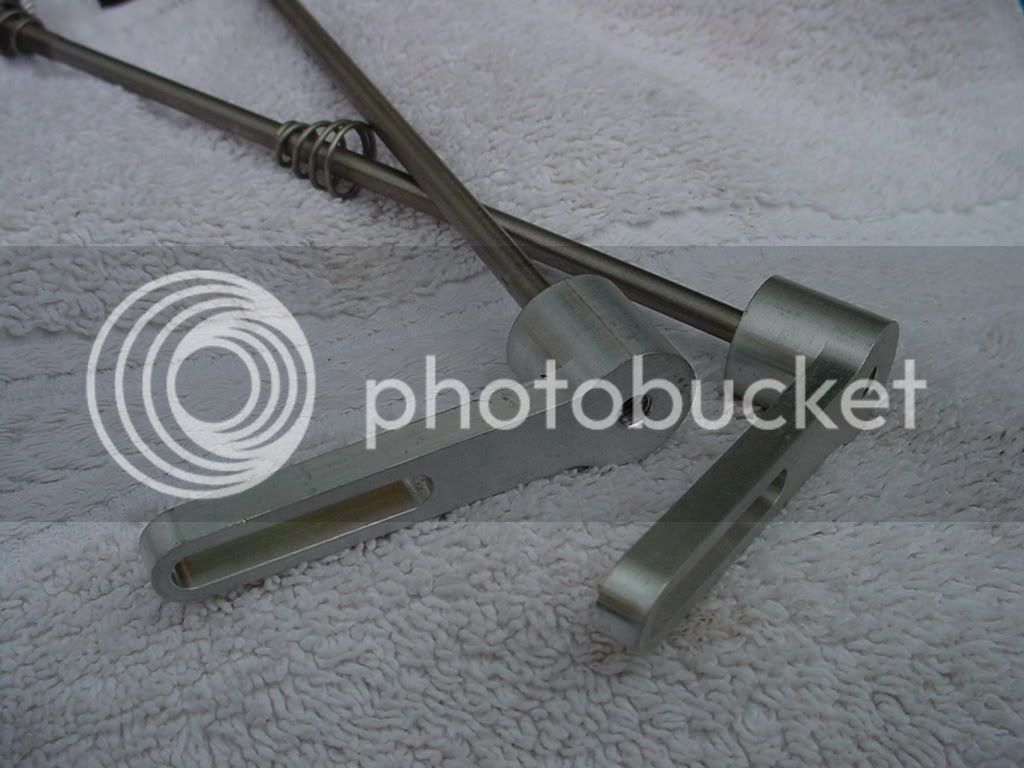 Here is the first set of machined 3 hole designs. Initially, as much for cost, they used threaded 3/16" stud, befor moving on to 5mm stud. Early ones were threaded all the way down, with the latter models using especially rolled stainless or ti. 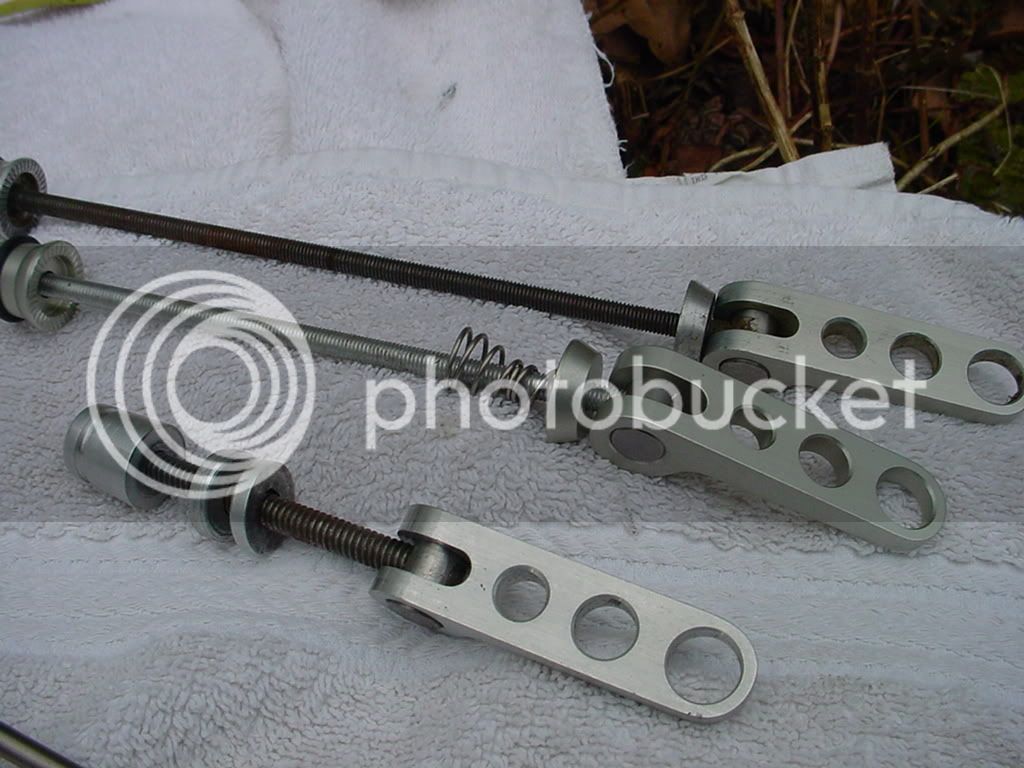 Here is what soem of the cam twist levers look like midway through being set free of their billet: 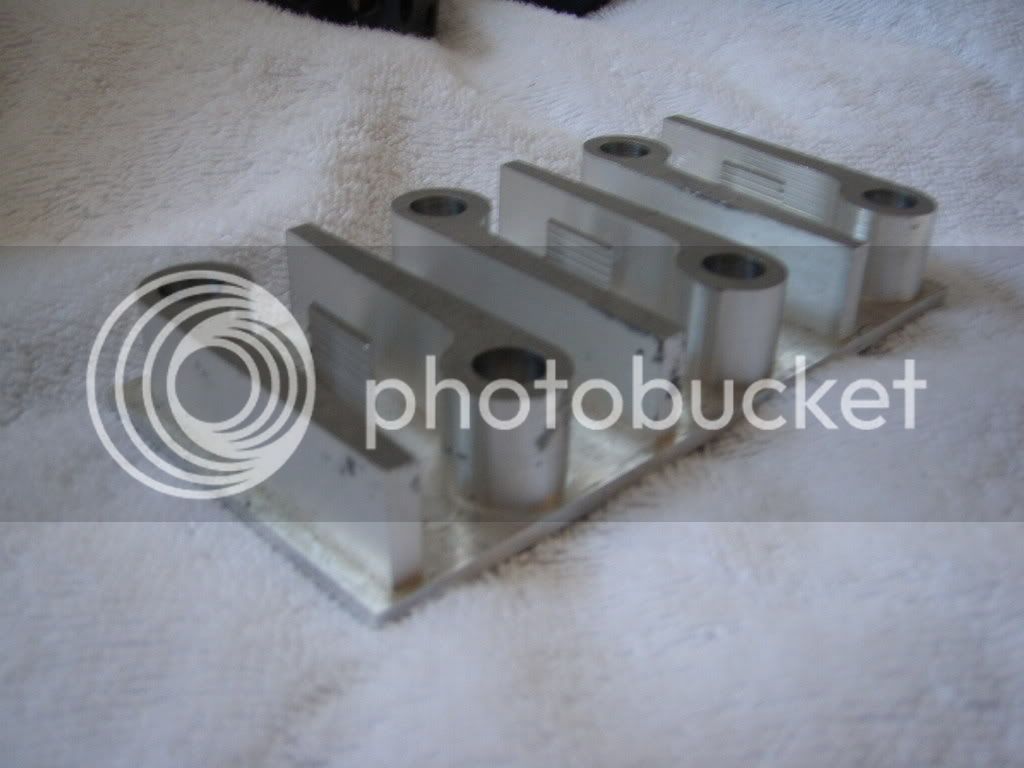 Here is a rare set, produced for the japanese market in its triple box set guise. The Japanese distributors like to market stuff as "theirs", rather than just looking lik ethey sell stuff for other people and put a markup on it. Must be a cultural thing. 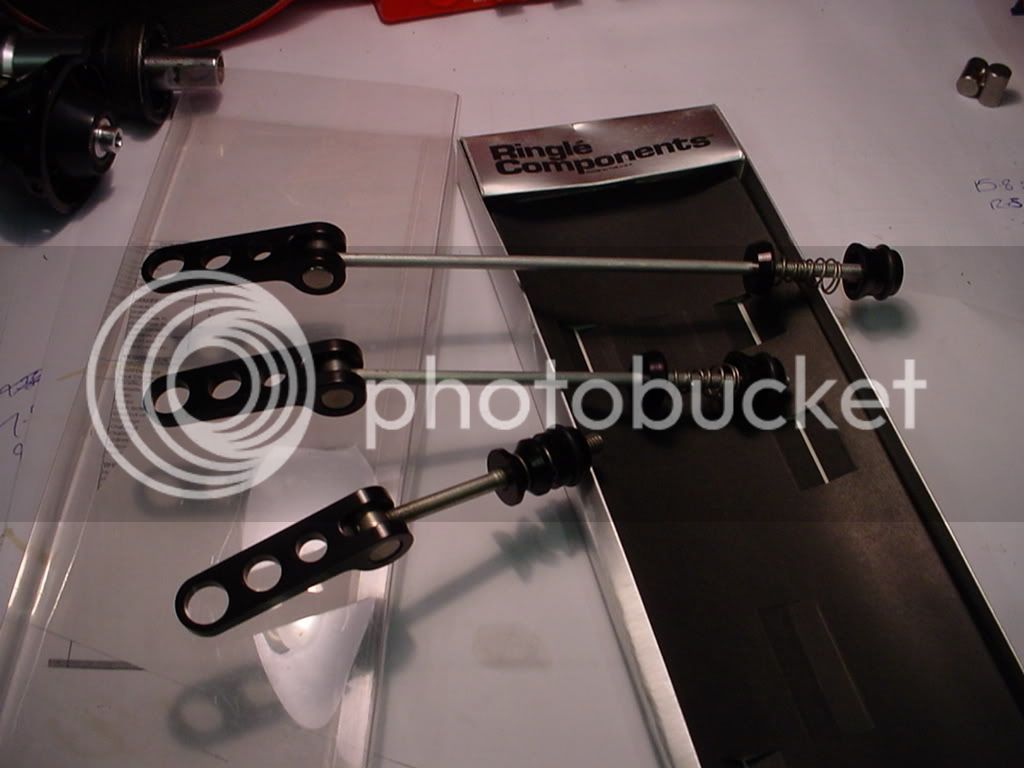 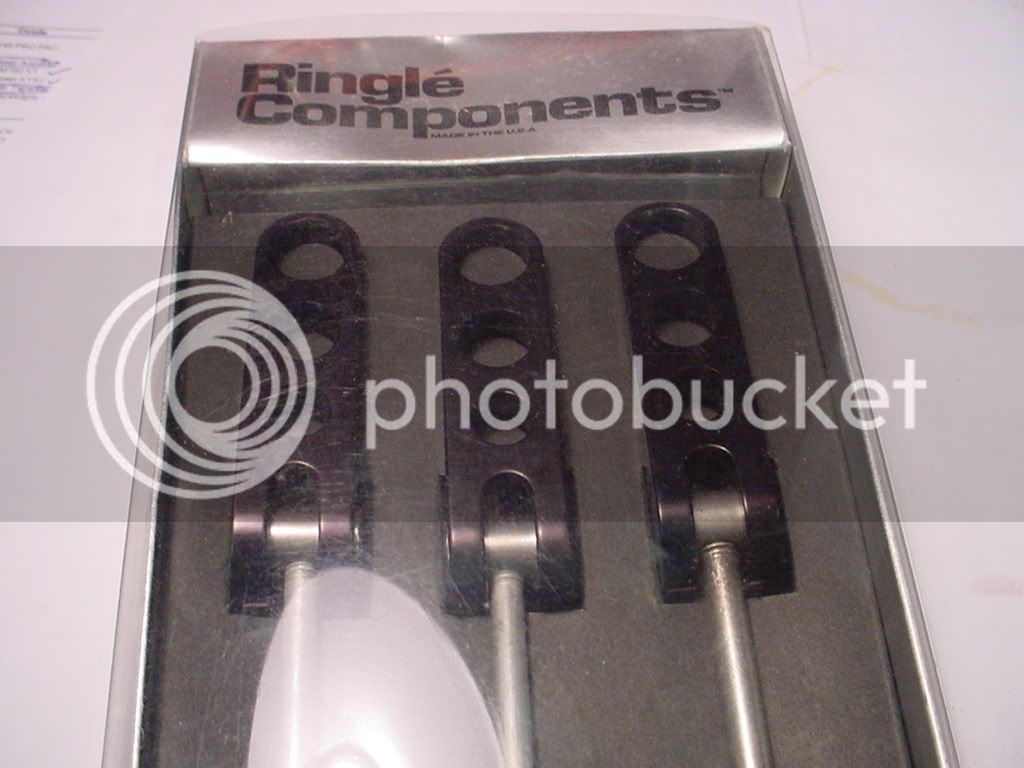 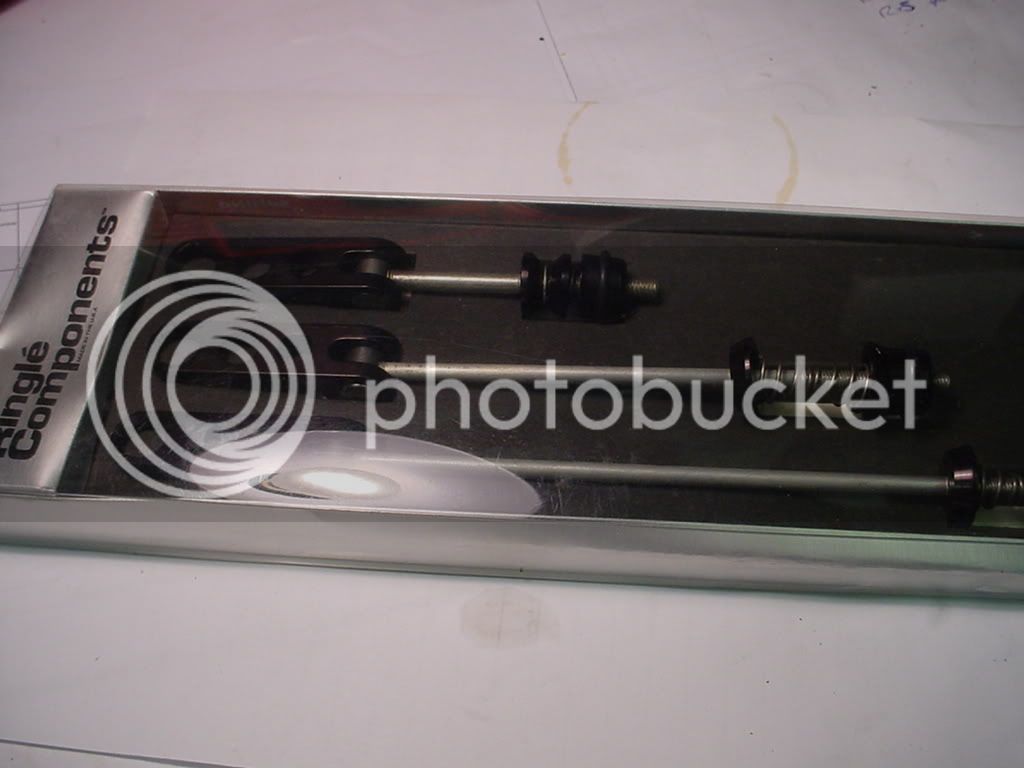 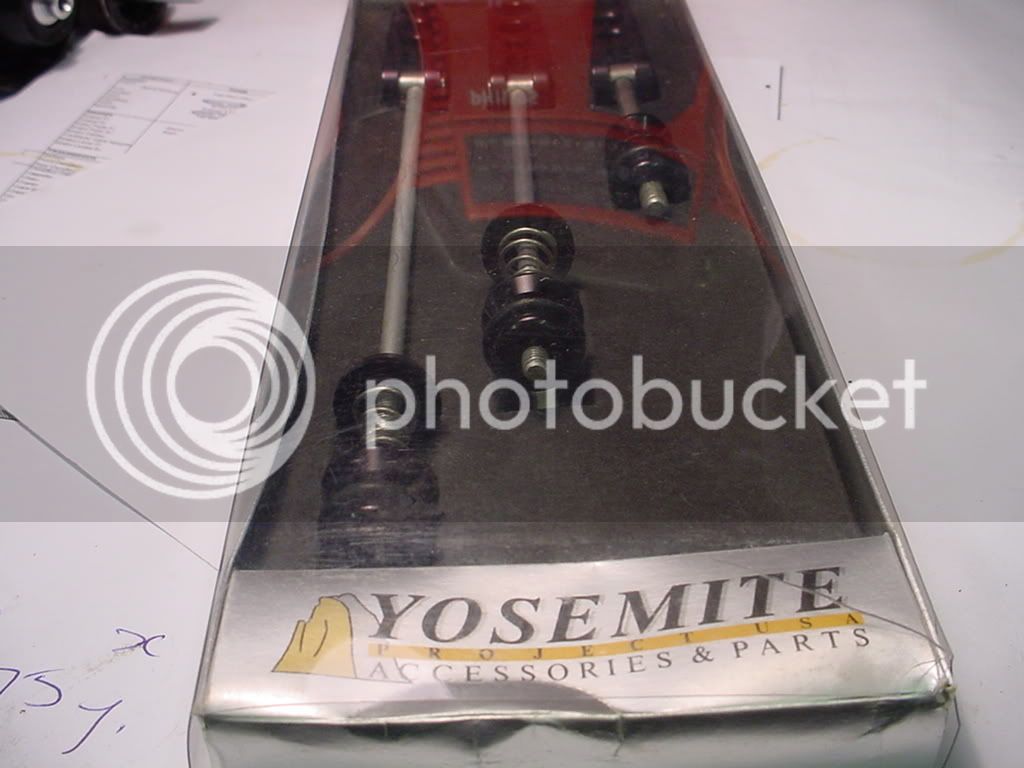 Later, because of the bulbous base of suspension fork legs, the "Twister" evolved. If you didn't get enough purchase, just flip the lever and wind it up some more. Again, this is some of the first batch of hand-machined prototypes. 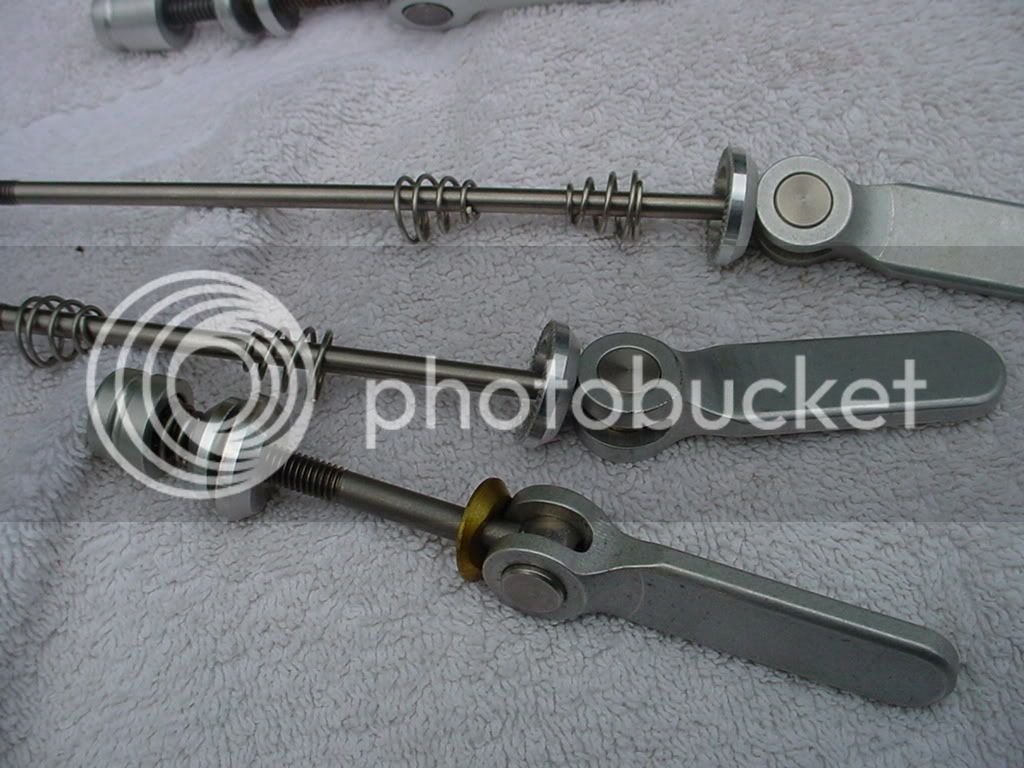 As with many of the products, there were experimental pieces, and rare pieces. The dark blue here never made it to mass market, as the turquoise was stealing the show. And there are a couple of lavender and plum coloured parts that were tried out. Again, cool, but stillborn 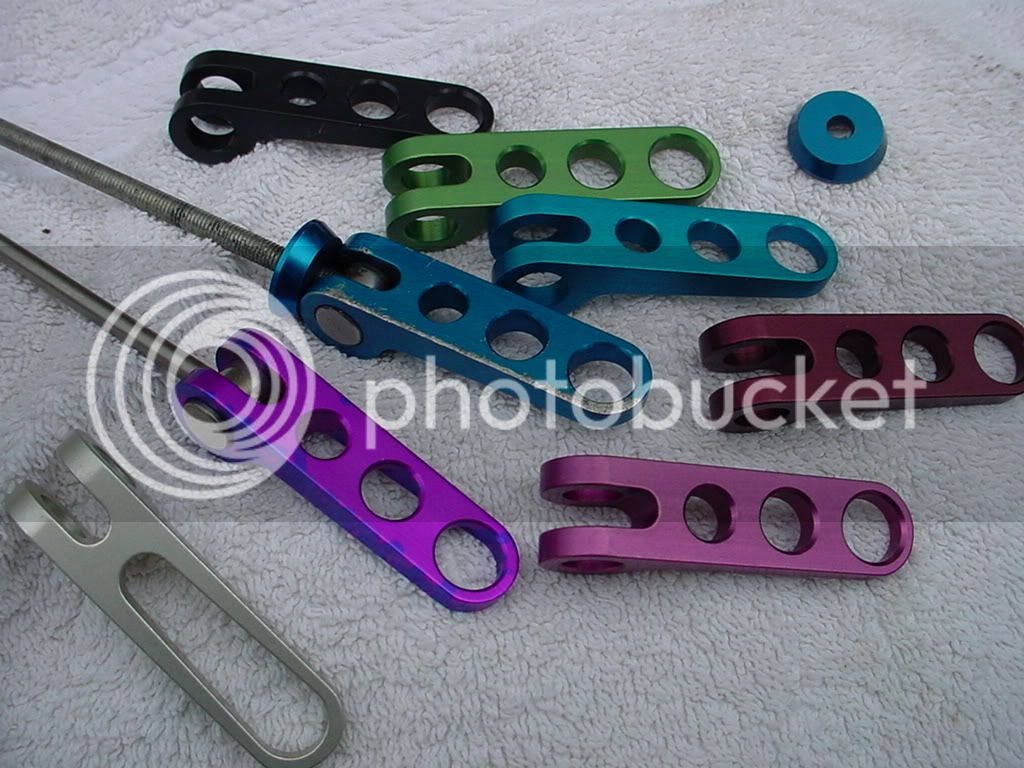 -- --
The collars went through a few iterations too. The 3 hole design, slots, slotted section, with holes. Here is a selection. 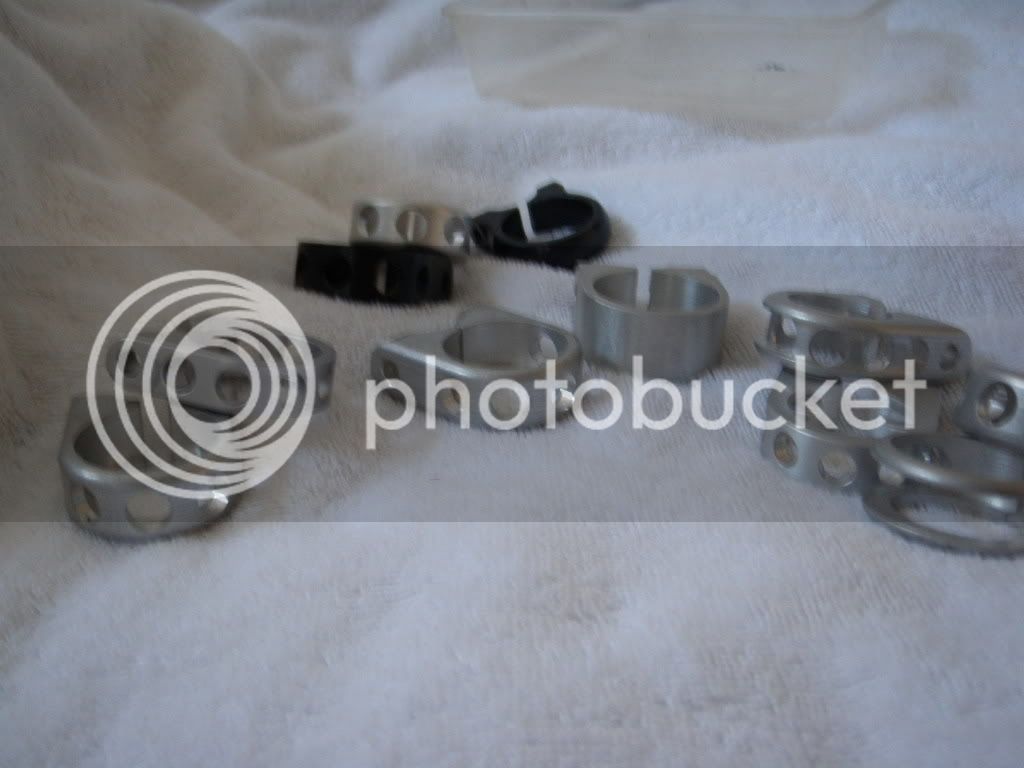 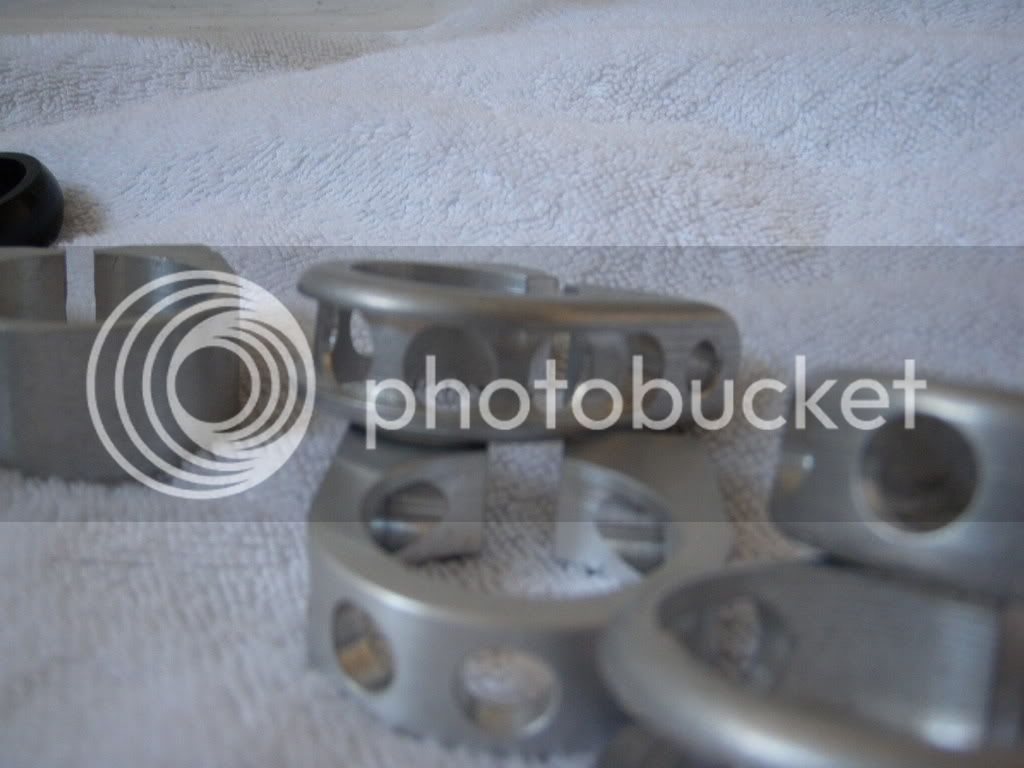 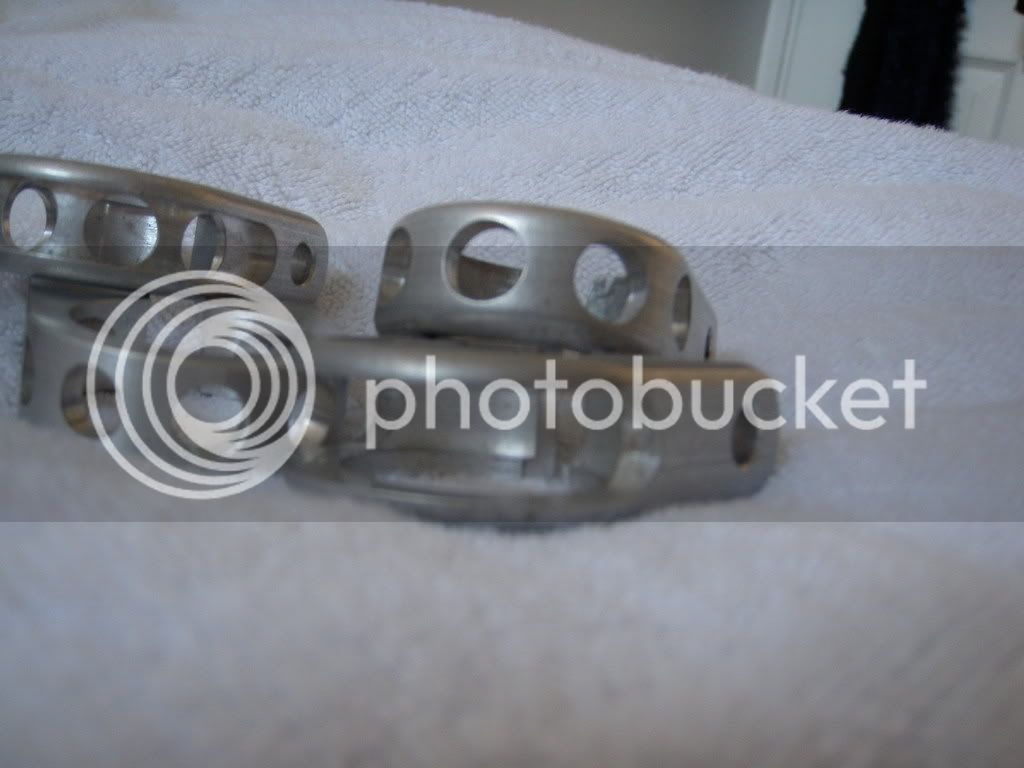 Some of the first 34.9's used a recessed bolt, and looked like this: 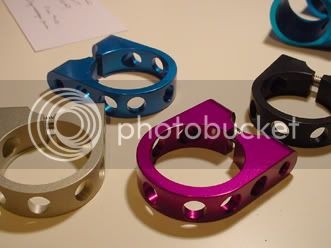 I have several of these if anyone is interested.

oh no!
I see a splashed skewer!
I know someone who could match that with his other splashed Ringlé parts !
(kingroon, are you reading this)?
http://www.retrobike.co.uk/forum/vi...postorder=asc&highlight=ringle+splash&start=0

By the way, were there other splashed combo's?
Of course we know all the splashed Kooka parts in numerous different patterns, but how far did Ringlé go with this?

The splash! Yes, all part of the anodising develpment! Usually purple splash over blue, but as the skewer show, blue on purple was tried.
Jez has a near suite of parts, Moby, stem, h20 I think. Oldskoolgirlie took a lovely stem from me, and I have I think some raw hub shells. Again, the problem was inconsistency. I know ti-dye is somewhat random by nature, but if you got one that didn't look very 'good', it wouldn't sell, so again, it only really ran for a season, as the super8 was emerging, so maybe '93. Predating superduper series hubs, twisters and slamma jammas; so I don't think you'll see these parts in 'splash'.
T

Is that set of black qrs in the box for sale? Go on how much

Hi mate, thanx for looking, nope, noe of this is for sale. . just whats in the sig
Theres too much here, representing too much of a timeline to split it. Hope you're enjoying the read though

Are these pre-production QRs then?

I am so after a set of theese

kingroon":2sgrw6pj said:
Are these pre-production QRs then?
Click to expand...

Nope, they appear to be a set of genuine twisters that someone who can't drill holes in a straight line, has drilled holes in. . . light I guess, and if they float your ratbike boat, then go for it. . .
Otherwise, best avoid eh. . .

elite504":mnsl6n8a said:
Nope, they appear to be a set of genuine twisters that someone who can't drill holes in a straight line, has drilled holes in. . .
Click to expand...

Hi, just been reading your Ringle threads. I'm beginning to quite like the parts!
Do you happen to know how the nut part of the Holey QR's were made? I've had some pit quite badly during anodising almost like they are cast!
Are you selling anything at the moment?

kingroon":2mlqfz5a said:
Are these pre-production QRs then?
Click to expand...

Nope, they appear to be a set of genuine twisters that someone who can't drill holes in a straight line, has drilled holes in. . . light I guess, and if they float your ratbike boat, then go for it. . .
Otherwise, best avoid eh. . .
Click to expand...