I thought I'd started a thread about this bike, but don't think I ever did. There are a couple of pics in other threads, but it hasn't got it's own thread yet! I've actually been working on this project and collecting parts for ages, but there's still a way to go so I thought I might as well get started, now that I've got my parkpre finished

Nortel.le (and yes, it has a dot in the middle, it's a local Valencian language thing) was a frame builder near Valencia until about 10 years ago when (as I heard it) they failed to adapt to new stuff like aluminium and carbon fibre, and finally went out of business. Shame really as I've seen a lot of their bikes, and they're well built and nicely finished.

This bike belonged to a friend here in Spain, who bought it new in 1991 (he thinks!). He used it regularly until about 7 or 8 years ago when he bought a more modern pinarello. He kept hold of this one until I enquired about it, as I'd always liked it, and it's my size too. He told me I could take it and do what I wanted with it, to consider it mine (although he'd like to use it occasionally when I get it done). it was taking up space at his place and he was glad to see the back of it. (I'm not sure he won't want it back though, when I get it finished!)

Here it is as I got it a few years go - columbus cromor frame and fork, full shimano 6400 ultegra groupset and cinelli bars and stem: 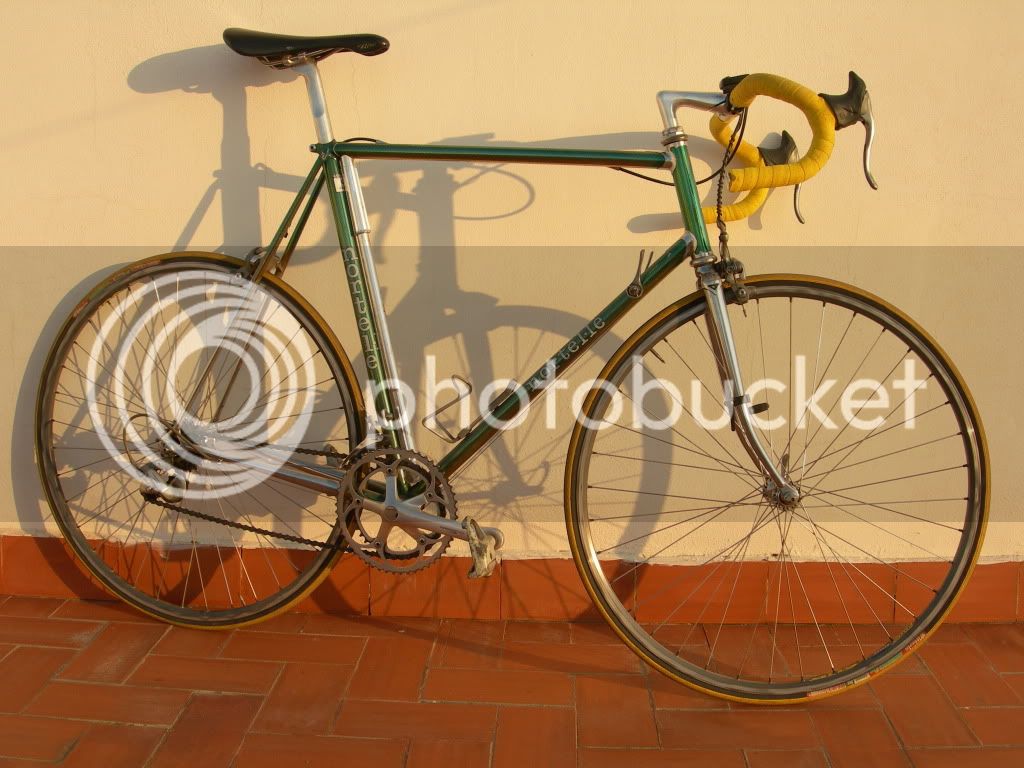 The frame has some very nice features - cinelli lugs, pantographing, and that beautiful paint work! Unfortunately it's lacquer over chrome and is flaking badly (a lot worse in these pics), and needs a repaint now 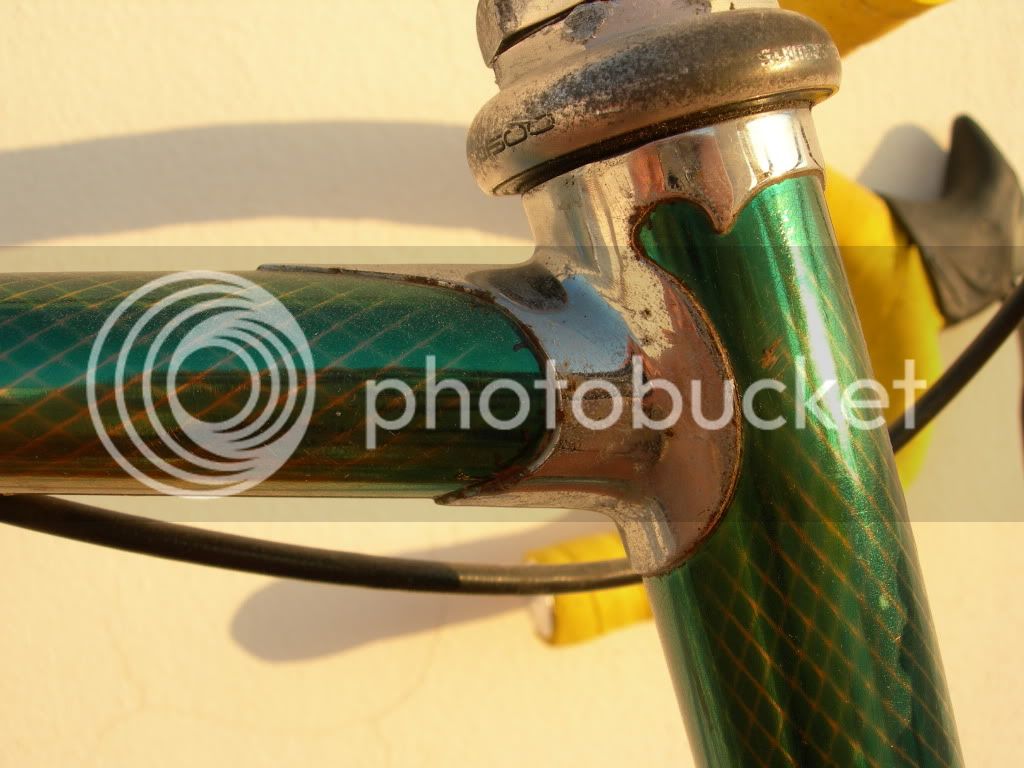 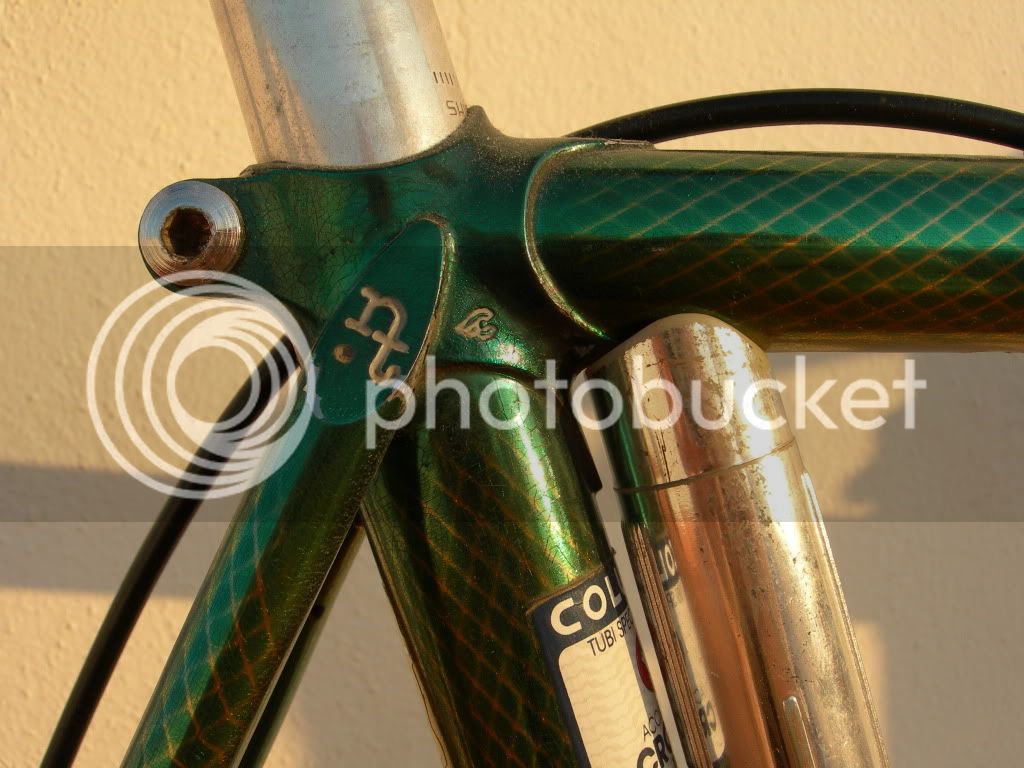 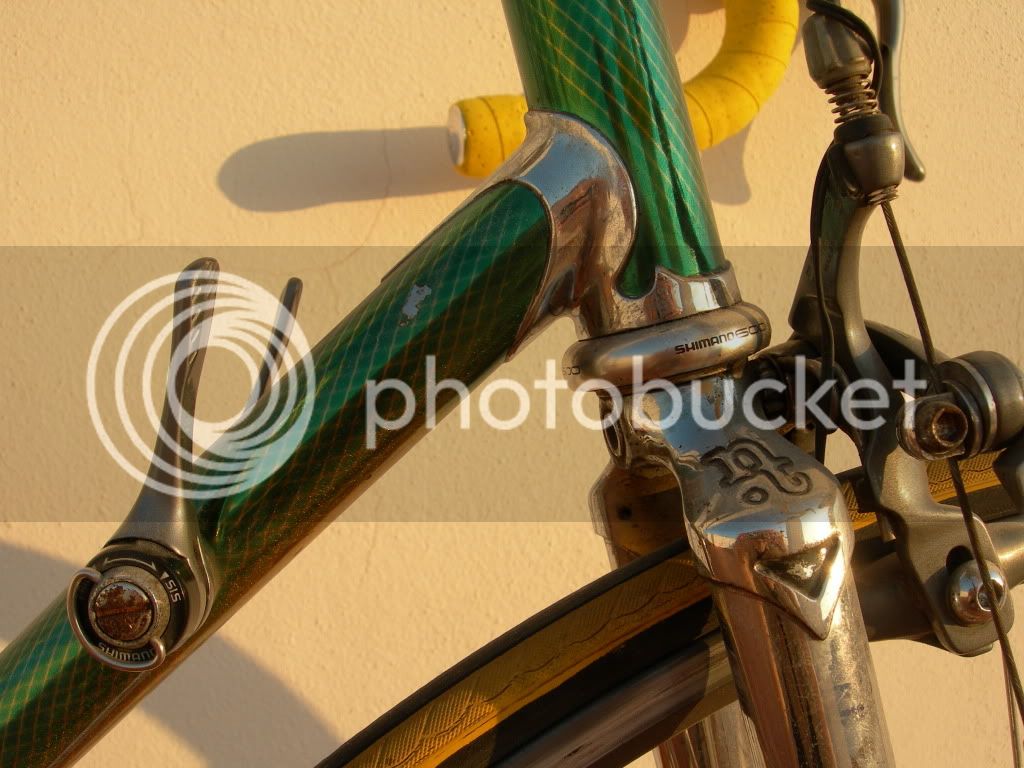 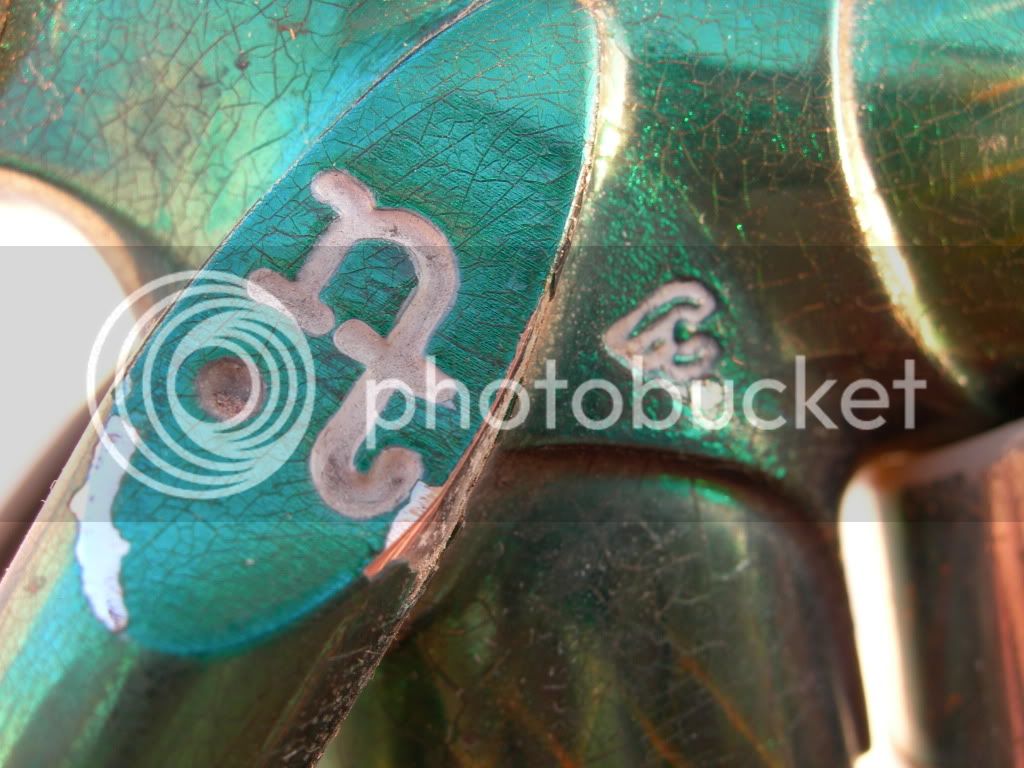 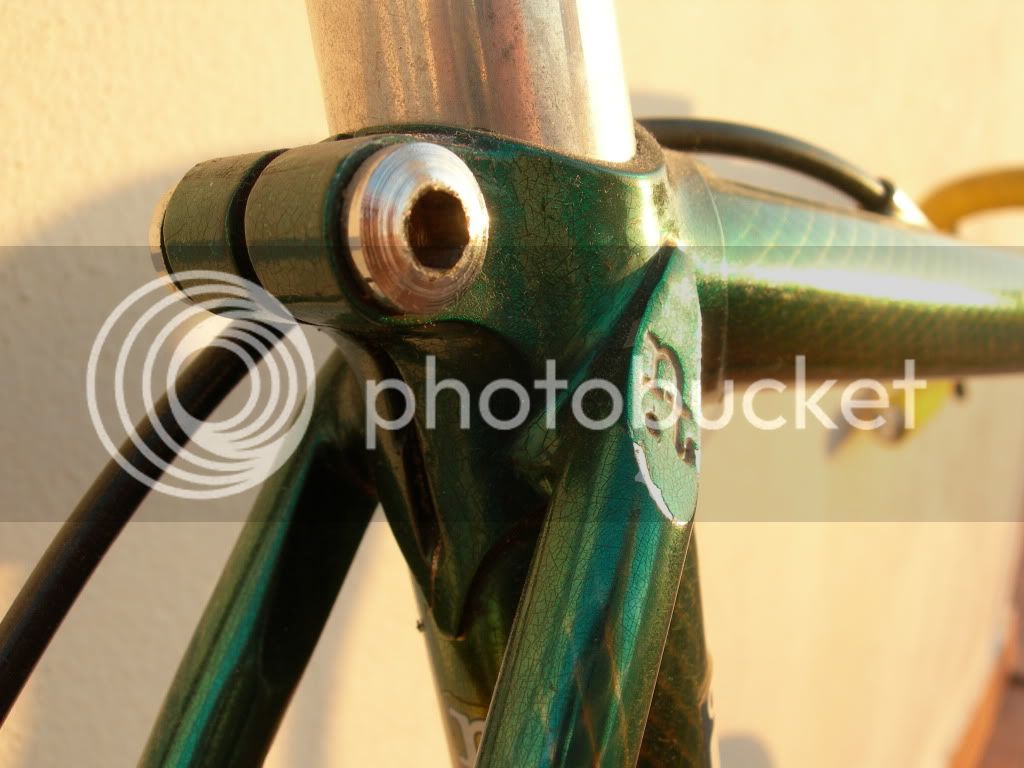 While there's nothing much wrong with shimano 6400 ultegra, I never thought it fitted this frame too much, so I stripped it down and sold most of the parts to fund the necessary respray. I've kept hold of the BB and headset though, as quite (il)logically, they're both french threaded. On a bike built in Spain in the early 90's. Anyway, the headset is fine on the inside, and a good polish on the outside should make it shine again. French threaded headsets aren't too uncommon, but the 6400 has a very very low stack height which means keeping and renovating this one is much much easier (and cheaper!) than finding a suitable replacement.

I kept the 6400 BB parts too, which are all fine, but I plan on using campagnolo so also have a few campag french threaded cups and a couple of spindles.

Everything else has gone to a new home!

The plan at the moment is to use a mix of retro and modern campagnolo - early record brakes and C-record chainset, with 10 speed hubs, mechs and levers. All aluminium, no carbon on this one! I have a c-record aero seatpin and virtually unused 3TTT bar and stem. Wheels will be my silver record 10s hubs on GP4s with veloflex roubaix tubs - modern, but retro looking - I just hope the 24mm roubaix tubs fit in the frame!

Next step is to finish stripping the old lacquer from the frame and take it to the painters. I don't think I'll get the snakeskin effect done again, but will be respecting the colours - dark green and gold - and chromed lugs, fork and rear triangle.

That is a beautiful bit of paintwork, its a shame it can't be saved

It can't be cleaned, touched up and re-lacquered?

Those photos were taken a few years ago, and it's much much worse now. I've stripped a lot of it, and it hardly took any effort - even just picking the frame up leaves my hand covered in tiny flecks of green. I'll see what the painter says - he should be able to reproduce the effect, but it might be far too costly for me to get it done

That's the trouble with those paint effects over chrome, they are created from a lacquer that is similar to the plastic used for sweet wrappers. It has an unfortunate downside that it degrades in UV light (very unfortunate for something that will spend a good deal of time outside, like, ooo, I don't know, a bicycle, perhaps ).

I suspect that reproducing it will be:
a) time consuming and thus
b) EXPENSIVE!

On the plus side such lacquers are more UV stable now so the the reproduced effect should be better than the original, in terms of durability.

Personally I would just go with a re-lacquer in green, forget the snake skin effect, though nice close up it doesn't add anything from afar.
I

That is a seriously good looking frame. I love the close up of the lower headtube photo.

The finish is one area that modern bikes simply cannot compete in. The depth of colour you can get on steel is unrivalled.

I'm almost certainly going to go for full metallic green, with some gold highlights. I already have the decals (exact copies of the existing ones, drawn by me and printed by gil_m). i need to get in touch with the painter again, but I guess it won't be until early next year when I take him the frame.

Is the whole frame chromed?

Shaun
You must log in or register to reply here.

R
My Irish made 1987 Rapparee SLX with Record Ergopower.
2 3