FTW DH frame is finally mine, Only TWELVE ever made.

I was looking online for a DH frame, well my 3rd frame/bike and I saw something really different, It was really eye catching for me and although I had 26 inch setups and really wanted to move into 27.5 I looked at this frame and thought, "YUP" that's sweet enough to take another 26'r.

But I was totally wrong as it was in fact a 2014/15 frame and only had one respectable owner who looked after his stuff, The frame had 9 inch on the back and it was hand built by no other than Frank Wadelton aka "Frank The Welder/FTW".

IF you know who Frank is you will know he is at top of the game and helped put Yeti/Tomac where they are now.

I bought the frame for a silly price and delivery was a little messy but it ended up being ok, My wife loves the FTW or FB13 which is one of only 12 ever made and Frank will not build anymore due to reasons irrelevant to the frame.

So next year its going to get some 2021 dorados on it and this time instead of going Chris King I fancy Onyx hubs as they offer such a color range and different styles that CK simply does not.

Looks great! I see he chose a straightforward single pivot. Whats the idea behind this one? Pivot is much farther back than say your Orange or a Cannondale. Small bump sensitivity?

Good morning EvanAL, From what I have heard the pivot location is there which makes the swinging arm much more active and possibly is a big advantage on black runs.

Should be sweet! Definitely a cool bike. It makes me think about the old Spooky Metalhead....

Thanks, There is a Metalhead for sale on ebay or was last week, mint cond £1100 I think as a full bike.
J

Lovely frame! Just waiting for my FTW Mongoose Amplifier 2 to turn up myself!!

Thanks "John" yea its a rare beast is my FTW, 9 inch of travel and 27.5 wheels which I'm over the moon with and Frank is back in the hot seat again with this: 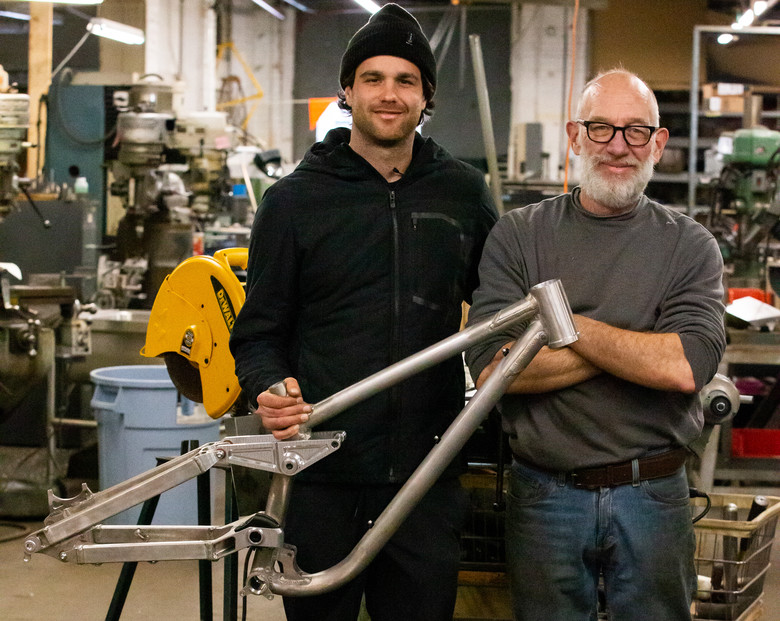 Neko Mulally, #USDH heavy, has broken free of frame sponsor shackles and is hitting the 2022 World Cup downhill circuit on a frame he personally designed. He has enlisted the help of iconic frame fabricator, Frank the Welder, to take ideas from...

BTW John, The Mongoose is awesome!! does it have the noleen forks?
J

No, I've bought the frame only and will be fitting my Manitou Mars Carbon forks. Also plan to upgrade the shock to a Risse Terminator. I was looking at Neko's bike and there are a lot of design similarities to the Amplifier...box section etc. I was debating getting Frank to make up an ATAC style stem...thought it would be a nice touch!

Apologies for the late reply, sounds like your on a mission there John! Please upload pics when its finished I bet its going to look ace! thanks
You must log in or register to reply here.

C
For Sale Ready for something special? (unique 80ies or 90ies steel content)