Dablks Fleet Cotic Soul, P7 project and the other 2

Afternoon All,
As I have been reading and using this site more and more for great info and started buyin/selling I though I'd say hello.

Started MTB'in in central scotland prob around 1990. First MTB was a Coventry Eagle... and it weighed a tonne! Yet somhow using usual kiddy strength it went up hills anyway. Then came a Dawes XC Expert which I loved as I had saved all my cash to buy it. Didnt know what suntour was then but hell it had grip shift gears. It went thru the usual v'brake upgrade when they came along.

That lasted me for many many years. Still being inch headset and most decent forks at the time (2002) were now 1 1/8 I decided to let her go and picked up an M-trax off ebay from a bloke in Halifax. Did me proud inc a trip to north wales..Was still rigid then when all the other lads had at least 100mm upfront. Then it ran with some marathons and a hope mono m4 on the front and v's on the rear.

By 2007 it was time to get something a bit beefier, 2 motnhs crashing at a mates gave me enough saved rent to aim at a Cotic Soul. She used to run for budget reason, 8 speed with thumbies, with most of the then kit from the m-trax. Has just had an xt/xtr refitt to bring her along 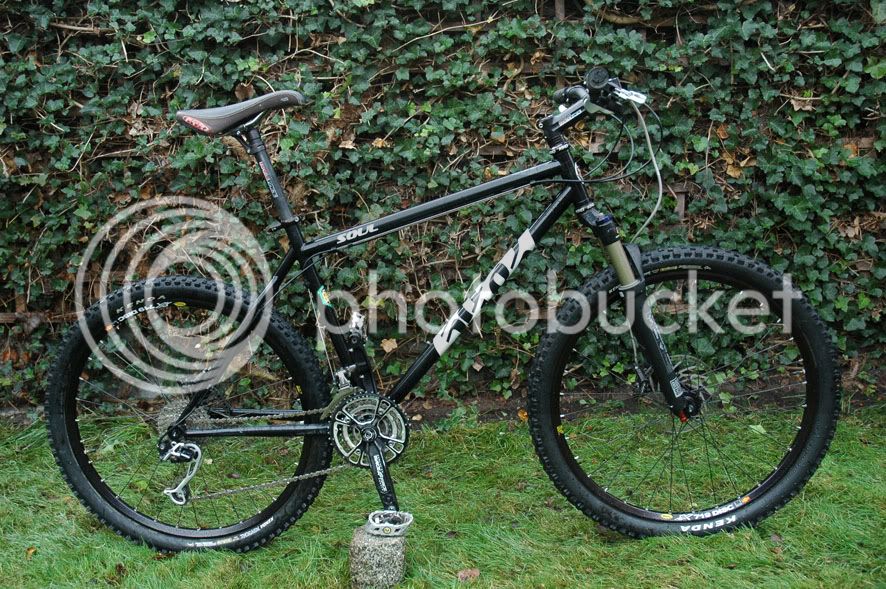 I then had a great deal on ebay for the little lady. A unfinished project Giant Arete 3. The strange thing was it was in perfect nick, had all the original seat,post, bars etc but was half built with halfords very very specials. Including missing half the intergreated headset on an rst fork... not sure how it was ever ment to work. I managed to strip the crap and sell it off for more than I had bought the bike for. I then set about a new Deore based build for her. The lady's not a big bike fan but its nice to hit a bridal way once in a while. 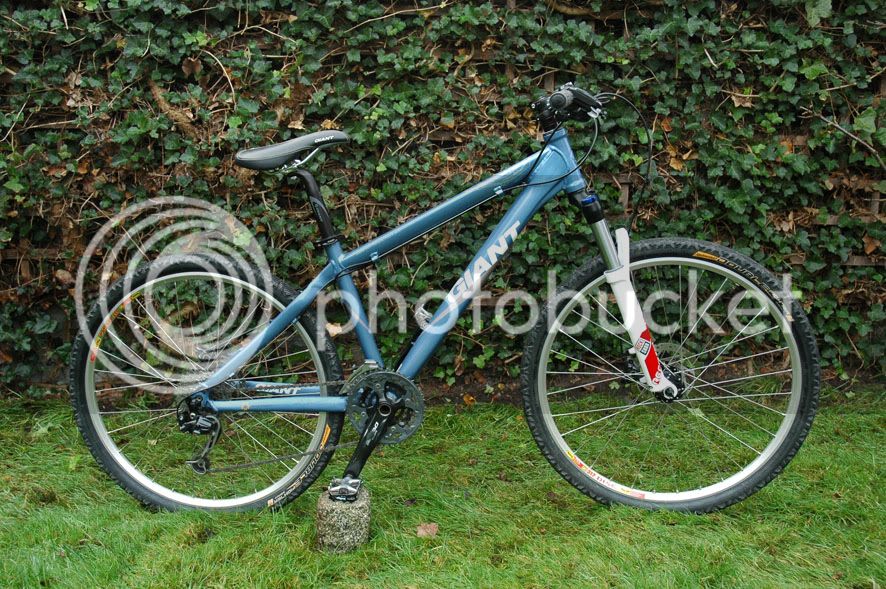 My riding buddy had started to hit the road so I thought I would give it a go didn't wanna spend a fortune. So went for an entry level Cannondale Caad8 as it seemed the frame could be spec'ed up if i wanted it. It was straight off the shelf and has just had a stem change to calm the reach down a bit. Very happy with it and more than I need in a road machine. 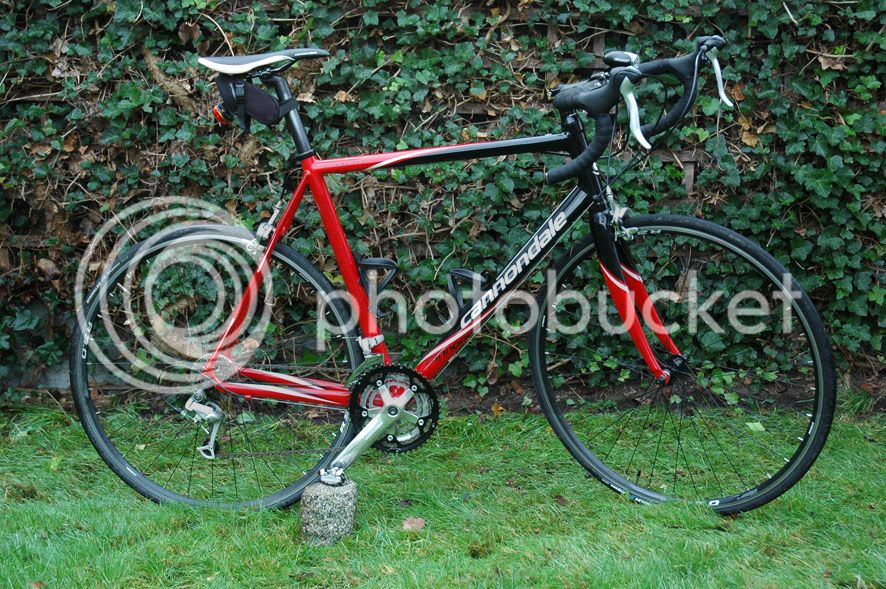 By now i had realized how much I like to tinker with them. Lets face it their way cheaper than doing up cars. Taking the Cotic out with the missus just seemd like complete overkill. This gave me the excuse to get somthing new and halfway house. I had for years always wanted a P7. In 2000 I used to dream looking at them in Stiff in Leeds but was always way too sensible to buy one on their finance deals. This didnt need to be anything fancy so rigid forks and v's were the order of the the day. However I thought I might one day add discs so wanted somthing from the 2000ish era which still had both. Found this down Portsmouth way. I believe its a 2003 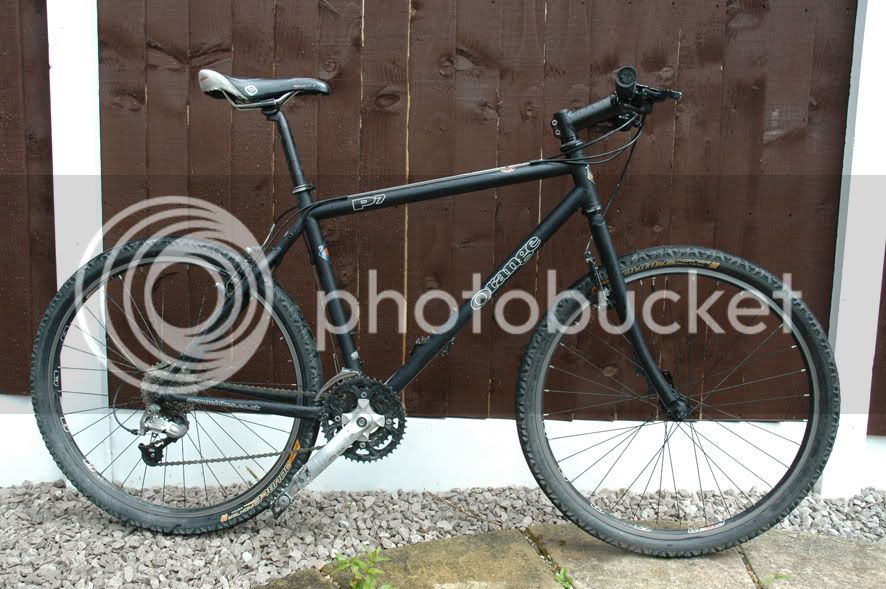 It stayed like that for a while, but always having wanted a white bike It was time for a strip down. My road friends always talked about Jason who does the restorations at Brian Rourkes in Stoke. I really liked the look of the 2010 stickers, and wasn't fussed about keeping it in original style, so got some ordered from Orange. Off the frame went. Damn the Chris King cabinet next to the till and Merlin groupset prices...the build immediately got out of hand.... this was then sum total of the bike for weeks.

It was however well worth the wait. The paint job was excellent, and the black flashing I asked to be added to the disc and canti mounts really made it feel like mine. 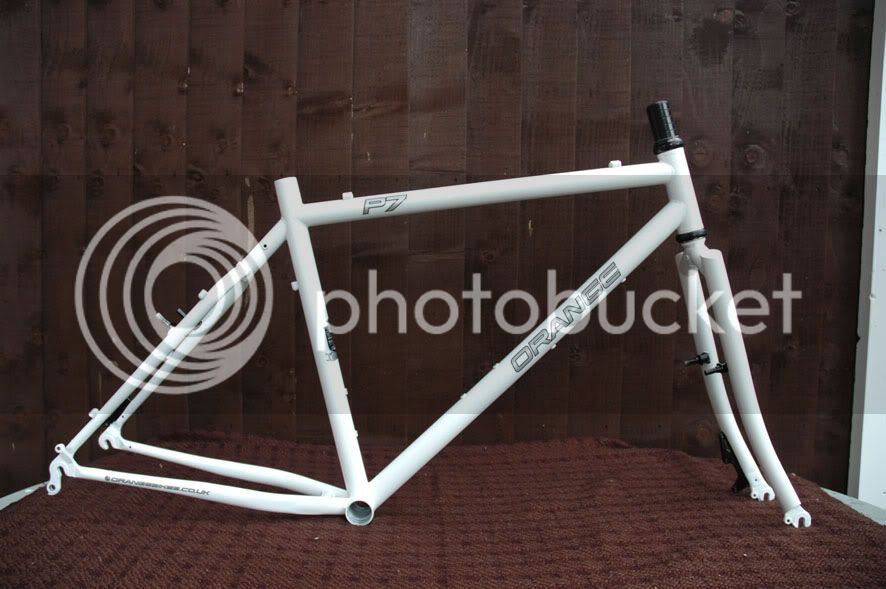 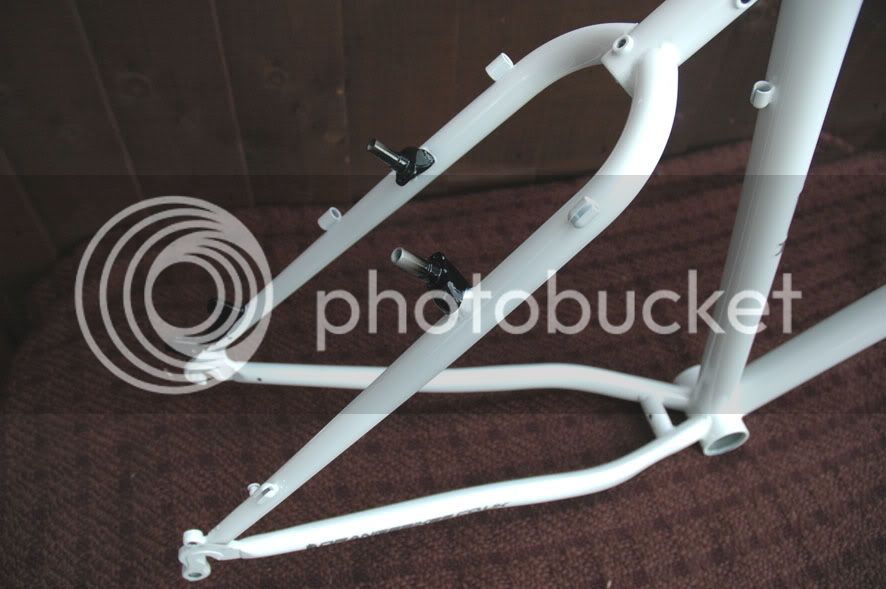 It was full M770 through out, I liked the look fo the mavic wheels so thought I would give them a go. The cash did run out so still undecided on new post/saddle. The stem is n't flash but I liked the silver cap on it. It needs some spds.. probably moving to road shoes on the Caad8. And treat it to some flasher tyres... although I run the V's so tight its hard enough getting the front wheel out as is. 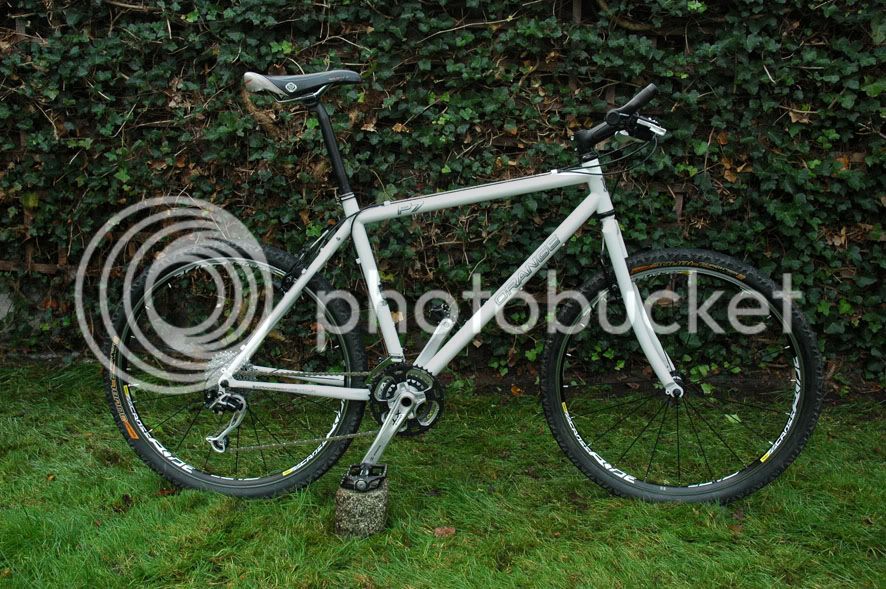 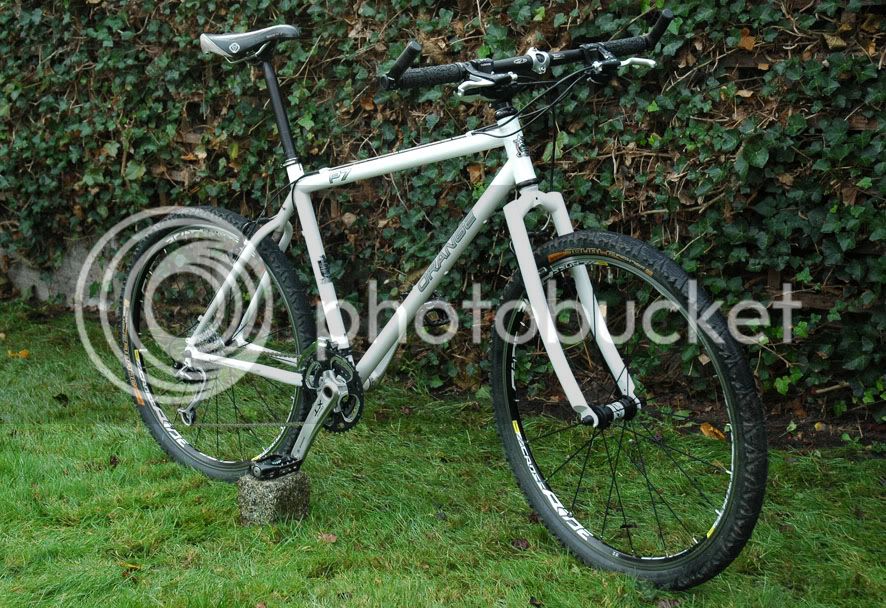 My only problem now is that I have a full set of P7 spares and no frame to strap em too....we will see

Thanks for Looking
Chris
You must log in or register to reply here.

L
Another Orange P7 Restoration - but this time its mine!
2