This bicycle started out as a 1988 Peugeot Cannonball Experss. In 1988 it was the second from the top offering by Peugeot and was equipped with Shimano Deore XT components and 21 speeds. Over these last 20 years it has been upgraded to 24 speeds and then to 27 speeds. The original Biopace cranks have been replaced. The bike now has its third bottom bracket, its third paint job, its second set of wheels, its fifth cassette and chain. Every day it still goes out for two hours weather permitting, I wouldn't want to get it wet. :shock: The new paint job was done by BCP Special Paintwork, Den Haag, in 2008.

So why continue to upgrade and ride the old bike? The frame is lugged, with double-butted steel tubing, and was made in Japan. In 1988, Japan was the source of quality work and not Taiwan. 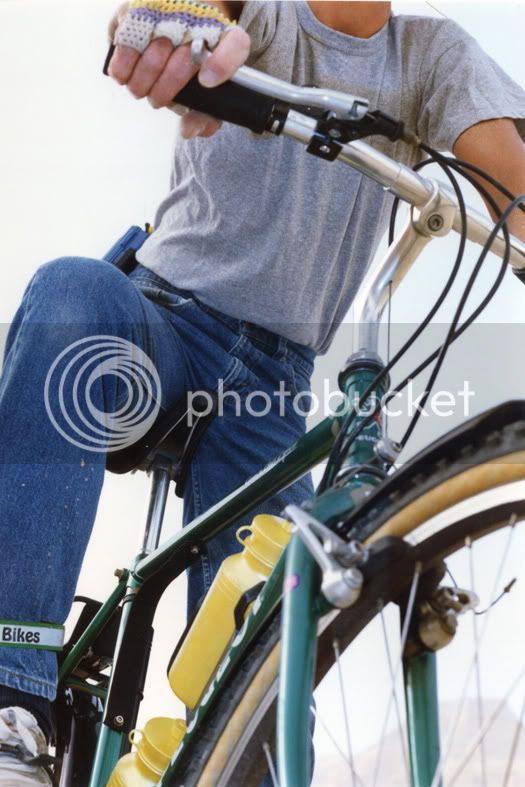 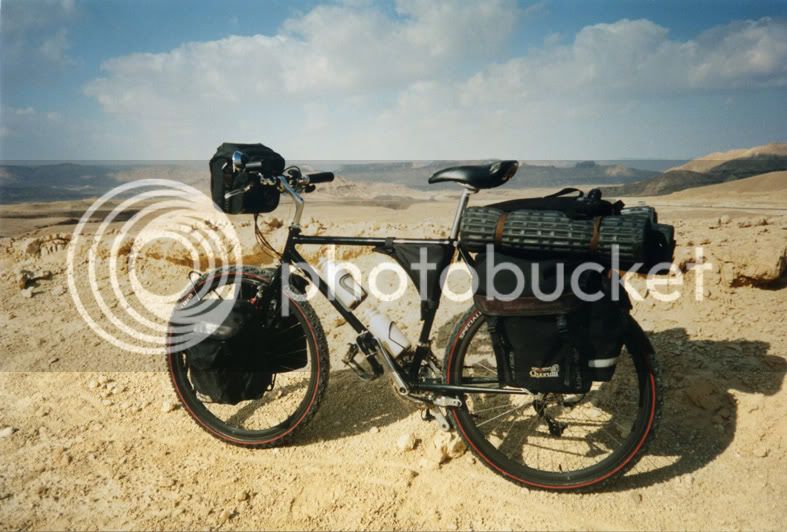 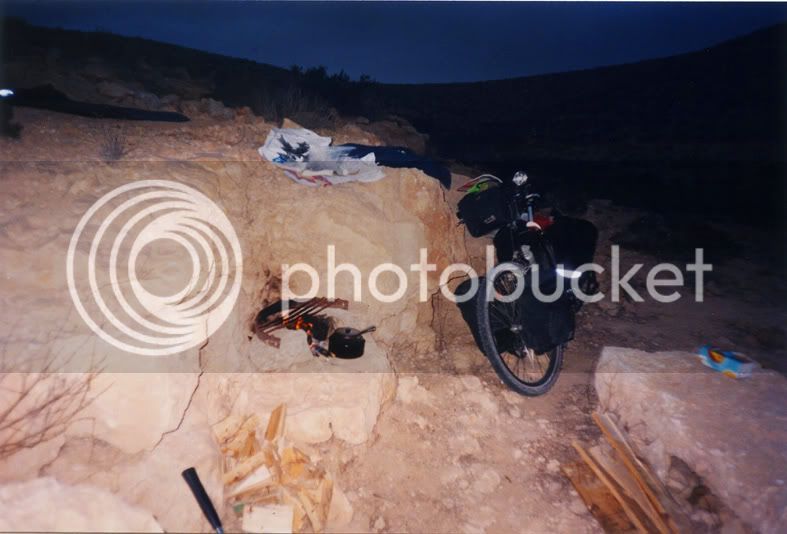 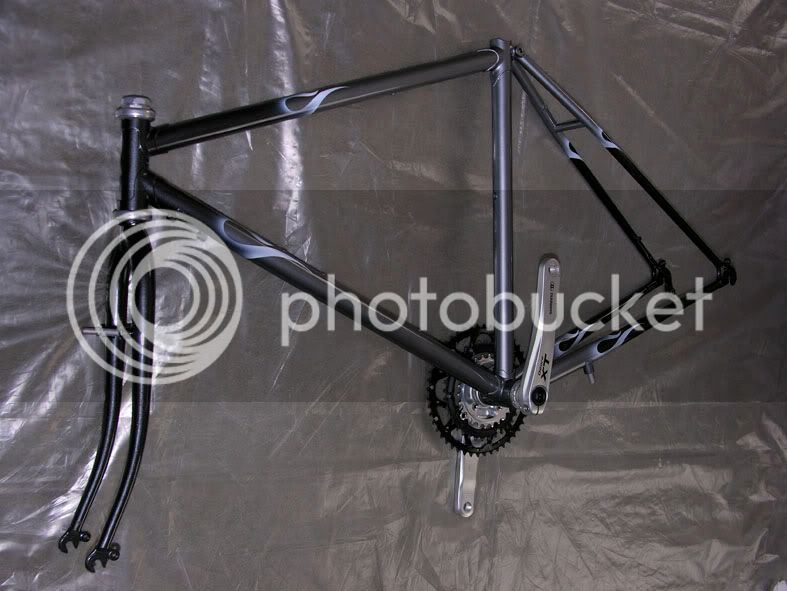 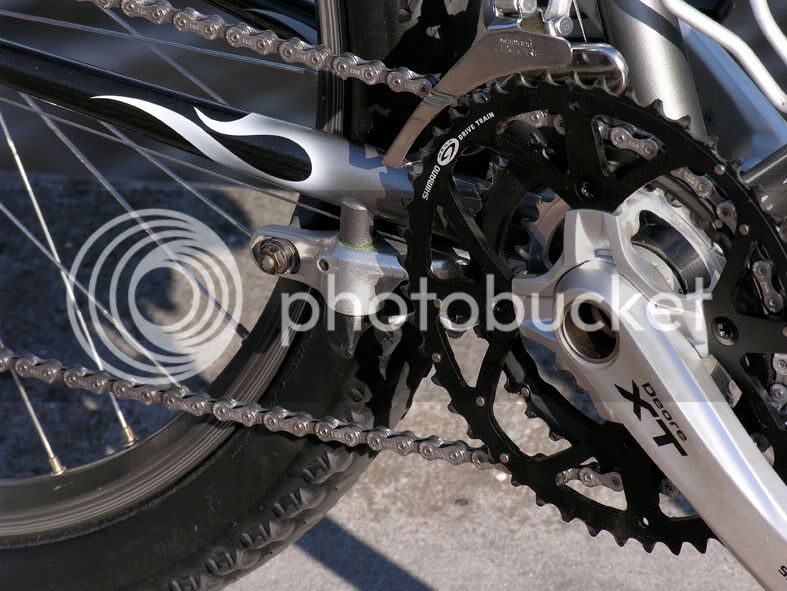 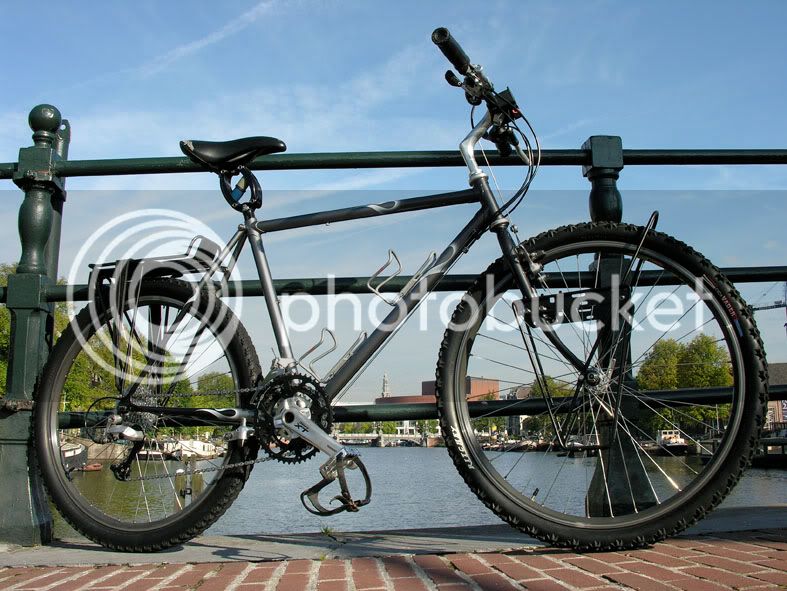 that bikes a legend!! love the new paint job.. snazzy that

I found the exact bike at a garage sale here in Houston, Texas, USA. I paid 40.00 US Dollars for it. I love the bike. It is in excellent condition. I would love to have mine restored like yours. Ron

Wow, that bike has seen some nice places!

This post really brings back good memories. I had a Peugeot Canyon Express back in 88 and my father got himself the Peugeot Europe Express at the same time. That was the top of the Peugeot MTB line sold at the time in Spain, with Reynolds 531 tubing, Mavic Paris Dakar hubs and rims, and full XT, with rear U-brake, Biopace rings and 18 speeds.

Not sure about the actual painting of your ride :roll: , but it is nice to see such a nice bike still on the roads.

what a nice bike - like that new hotoffroad paint - but the original green is a killer!
D

I am not sure what you mean by "no cred for garage queen." Does that mean no credit?? The garage sale that I was lucky enough to find this bike was a benefit garage sale for a cancer patient here. Her family has had difficulties paying the medical expenses so the community put a garage sale together for her. She has already lost both of her legs due to the effects of this horrible disease. She was a cyclist. I was happy to spend my money for a worthy cause. Queen?

Yeti-man is not meaning any disrespect to your purchase, the line "no cred for garage queen" is part of his signature that appears at the bottom of all posts he writes (like mine is a list of my current bikes),
A garage queen refers to bikes that have been built like brand/better than new that never get ridden or dirty and just sit in a garage to be looked at

Thanks, Bob, for the clarification. I appreciate it.
You must log in or register to reply here.