I saw this '86 Apex for sale locally, and although I'm the first to admit I find 80's mtbs a bit "different" to ride I cant help but like their style.
The chap I bought it from said he originally bought it when he lived over in the USA and brought it back with him to the UK (that figures as the brakes are in the US configuration ie. Right/rear, left/front), he said he rode it around some parks and trails in the USA (I forgot to ask where) but it'd not been used for the last 10 years at least and has just been gathering dust in his garage.

This one is from 1986 I think, serial number N6A0451, from what I've read online the 6 implies 1986, the N is the factory although I've not figured that one out yet.
It's in surprisingly good condition, the only non-original items are the saddle (which was Originally a Vetta), and the Tourney rear mech

(original should be Shimano M700 Deerhead).
Even the tyres are in good condition!

I'm liking some of the neat little touches such as the chainstay mounted roller cam brake, double water bottle fixtures on the down tube, and the spoke holder on the chainstay.

It's a rather large 22" frame, but doesn't feel stretched out to ride.
I've given it a quick clean today and pumped up the tyres, and that's all the work it needed

The plan is to ride it down to the beach for coffee tomorrow morning, and then think about fitting a more suitable saddle, and sourcing a Deerhead rear mech. 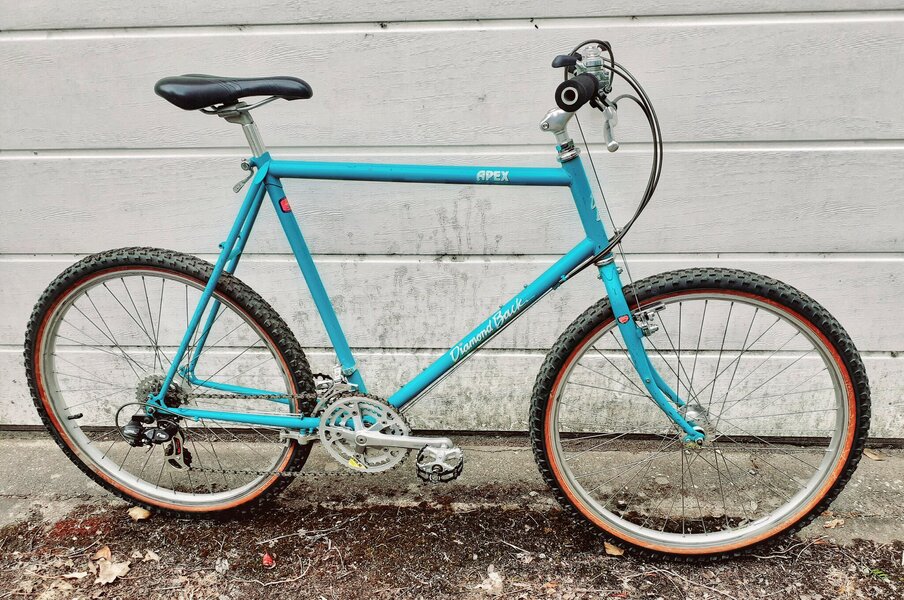 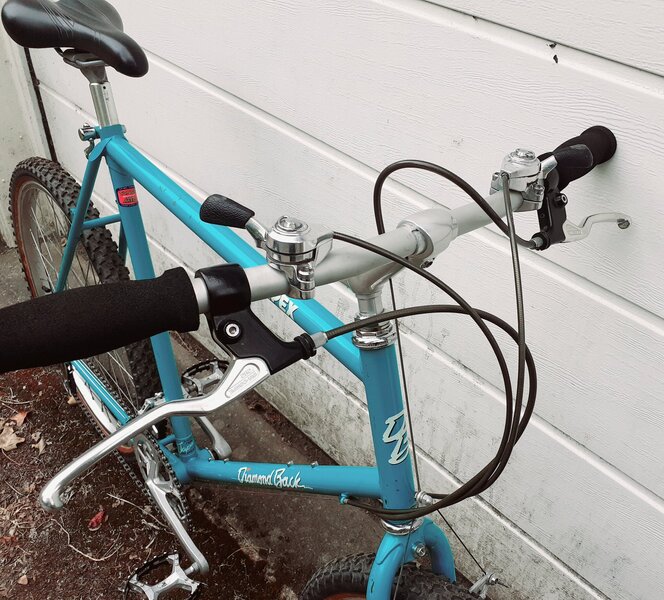 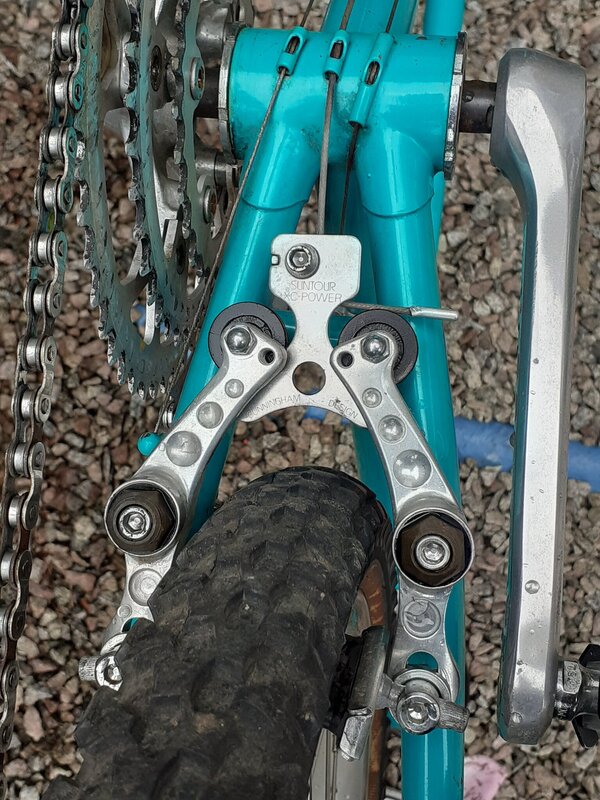 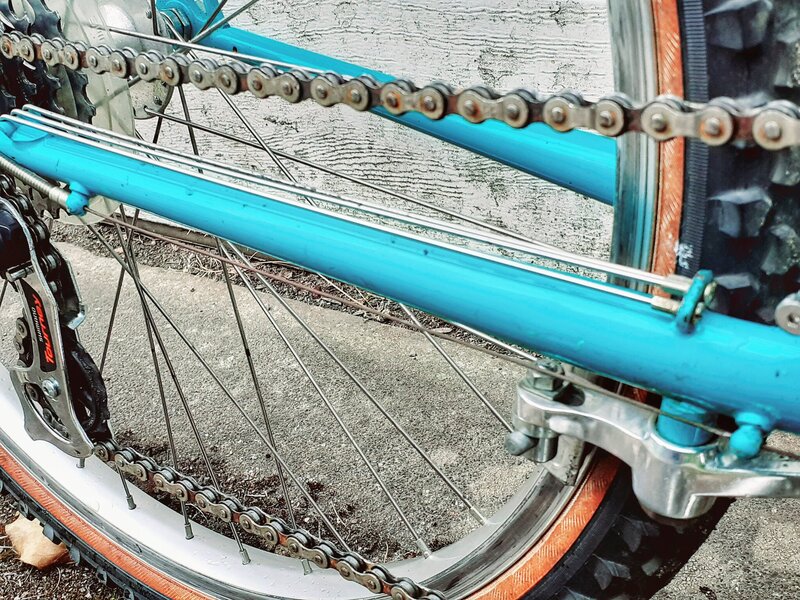 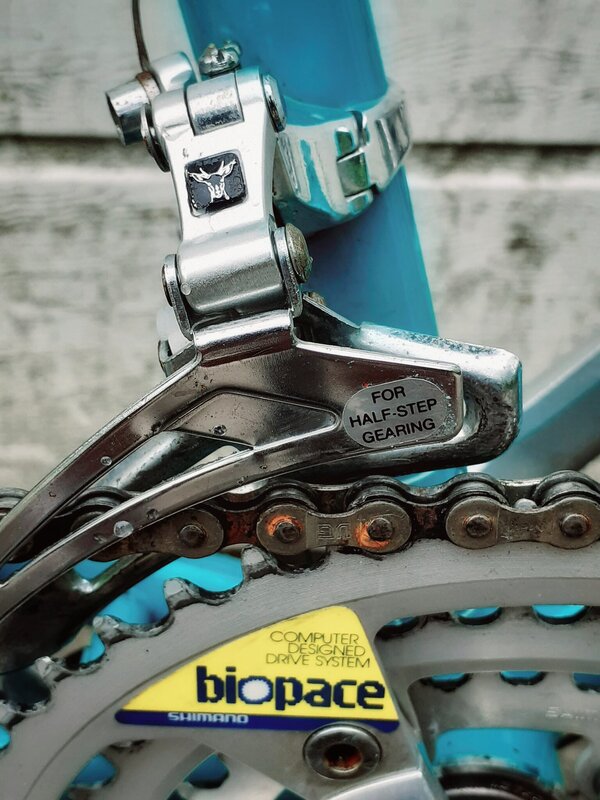 Lovely bike! Never seen one like it, a really great find.

Very nice, it looks in really good condition and that blue is really nice too.

Made a few changes, replaced the rear mech with a Shimano Deerhead one, and fitted a Rolls saddle.
I also fitted some Rider T1 tyres, unfortunately they're a bit too wide to fit between the chainstays, disappointing as they're promoted as being designed for 80's mtbs. Just not this one I guess. 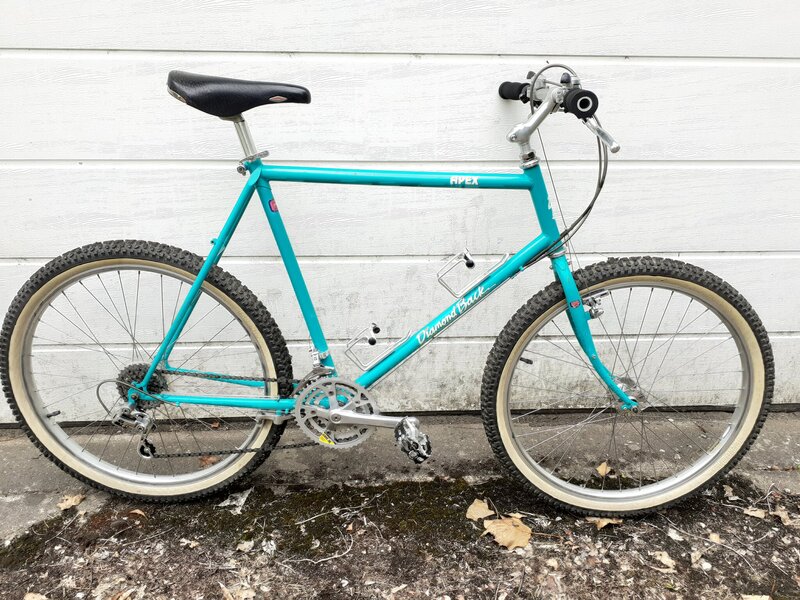 On closer inspection the original tyres were a bit too dry and threadbare to safely use again, so I've fitted some amberwall Schwalbe City Jets in the meantime.

Lovely! Amazing find!
Yes, it's tough to find 26x1.95 gumwalls.
There are lots of non-gumwall options though.

I bagsy it if you ever decide to move it on Jim!

DrGooGoo said:
Lovely! Amazing find!
Yes, it's tough to find 26x1.95 gumwalls.
There are lots of non-gumwall options though.
Click to expand...

. I think they might be ok. But yes Blackwall tyres might look OK too, in fact some Michelin Wildgrippers would probably match the frame colour!


velofrog said:
I bagsy it if you ever decide to move it on Jim!

Not yet! Never say "never" though...
You must log in or register to reply here.

1986 Claud Butler Canyon (The Blue one by Marlboro)