Fat Chance Fan
Beautiful bike. The color scheme looks like 1990. I restored a white 91 Stumpjumper with the DX groupset last year. It's a fun bike. Nothing wrong with DX. I would tune it up and enjoy it as is. Here is my stumpy. It's considerably more crusty than your pristine example.

thanks for the information mate, I will have a search on the forum for more info.

rogw177 said:
hiya, newbie here trying to find some info.... im trying to find a thread regarding groups from the early 90s. what is best what to avoid.

Here's too much Shimano Groupset information, covers the modern era as well. Basically, avoid the stuff in red boxes
  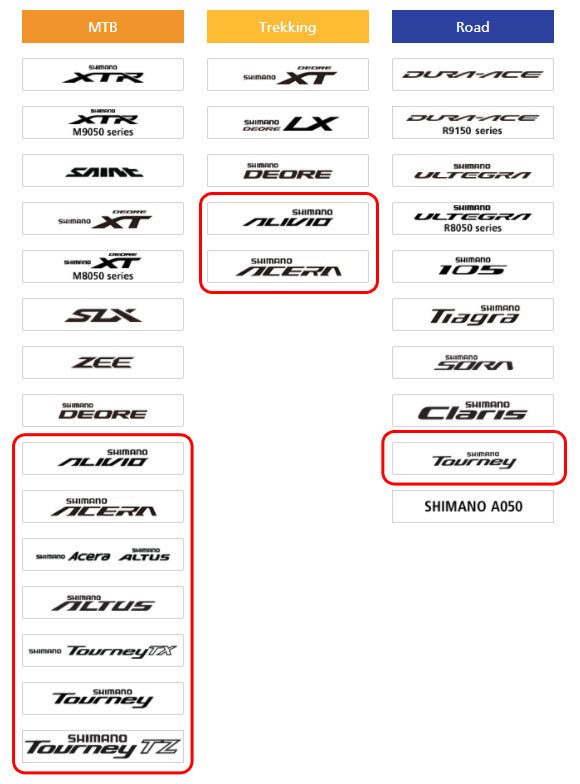 Tourney: Shimano's most budget groupset, often seen on basic recreational and even kids bikes. With basic stamped steel and plastic components, it’s not designed for the rigours of off-road riding. Expect a plastic grip shifter and 3x7 gears at this level.

Altus: Altus is Shimano’s entry-level groupset and is occasionally seen on budget mountain bikes. Again, it’s not designed for mountain biking, but light off-road use is applicable. Shimano RapidFire trigger shifters are found here, and a 3x7 or 3x8 gear setup is typical.

Acera: Acera appears on many entry-level bikes and offers either 8 or 9-speed gears at the back, and three at the front. More aluminium is starting to be seen at this price, with higher rust resistance compared to the models below.

Alivio: Alivio is top of Shimano’s ‘recreational’ mountain bike groupsets. It offers several features and shared aesthetics of groupsets above it. This groupset is found on entry-level mountain bikes that are designed for off-road use; however, the 3x9 gearing and lack of a clutch-equipped derailleur are the critical limitations for genuine off-road thrashing. Higher rust resistance and more easily serviced components are seen at this level.

Deore: Deore is aimed at the entry to an intermediate level mountain biker and is perhaps the most popular too. Deore is durable, reliable and features much of the technology found on the more expensive SLX and XT. Deore currently has ten cogs on the cassette and a choice of two or three gears at the front. Some bike brands do equip Deore on bikes with a single chainring, but Shimano themselves don’t offer the groupset in such a setup. Deore is Shimano’s first groupset to offer a clutch-equipped rear derailleur.

SLX: SLX is to mountain biking as what 105 is to road cycling. It’s the workhorse groupset that shares many of the same features and performance as models above, but with a higher weight. This is often due to the greater use of steels instead of advanced alloys. Current generation SLX offers 11-speed shifting at the rear, with a choice of one, two or three chainrings on the front. In a ‘1x’ setup (one chainring), the most popular cassette choice is an 11-42T ratio; however, options up to 11-46t exist.

Zee: Explicitly designed for downhill and freeriding, Zee sits at a similar price to SLX. Current generation Zee is a 1x10 drivetrain, it's now a little dated compared to current SLX and so has lost popularity, although its brakes are still commonly found on bikes that require greater stopping power.

XT: One of mountain biking’s most popular groupsets, XT is commonly thought to offer all the performance of the top-tier XTR version, but with a price that’s far more palatable. Just about all the technology is there, including heavy use of aluminium and high-quality stainless steels. Many enthusiast level race bikes feature Shimano XT components. Current generation XT 8000 is most commonly used with either a single or double chainring setup. For the single-chainring, either the use of an 11-42 or an 11-46T cassette is widespread.

XT Di2: XT also comes in an electronic version known as 'XT Di2'. Unlike the mechanical version, which requires cables to change gears, Di2 uses motor-driven mechanics at the front and rear derailleur to provide a crisp, perfect shift, every time. The Di2 version is slightly heavier than mechanical (about 90g) but is impervious to dirt and grit. Once set up, it also never requires re-adjustment. XT Di2 shares the same chain, crankset and cassette options at standard XT.

XTR: The gold standard of mountain bike groupsets from the Japanese company. The groupset was revamped in 2018, now featuring in both 1x12 and 2x12 configuration. XTR uses a mixture of carbon fibre, titanium and high-grade alloys to reduce weight without sacrificing reliability. XTR RapidFire Plus shift levers have a marginally smoother operation due to the use of an internal bearing. Tolerances are tightest on Shimano XTR, and so while it’s marginal, there is an improvement in shift quality over XT in addition to being a couple of hundred grams lighter, and for over double the price, you’d hope so too. It's worth noting that the latest XTR M9100 is not cross-compatible with any other Shimano components at this time.

Saint: Similar in level to Shimano XTR, Saint is considered a gravity-orientated ‘specialty’ groupset. It’s most commonly found on pro-level downhill race bikes. Current generation Saint is a 1x10 drivetrain
Last edited: Feb 11, 2022
You must log in or register to reply here.