In good overall condition with one set of the spacers still present. Have a few flecks of white paint on them. £20 posted within the UK 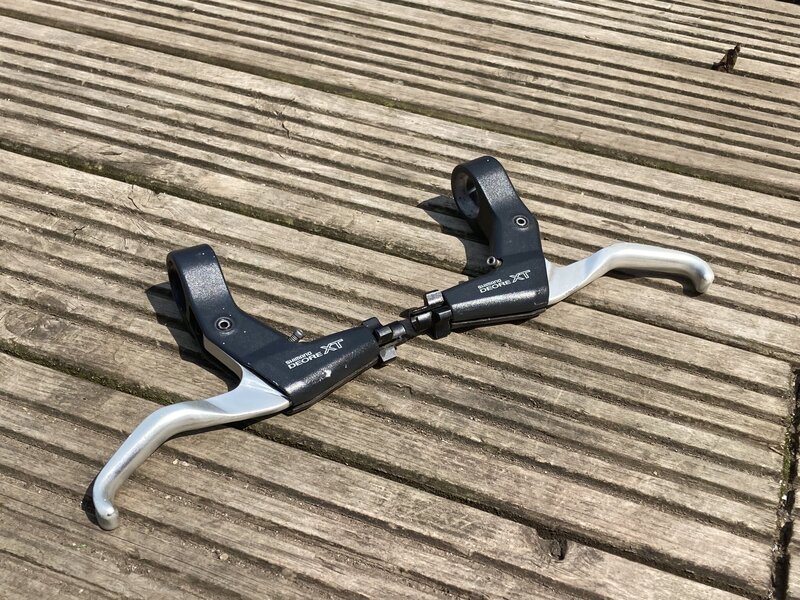 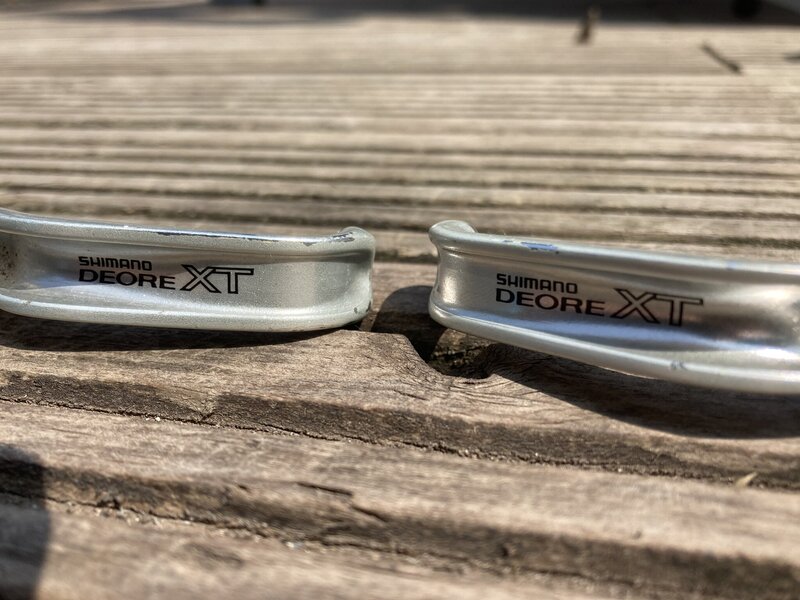 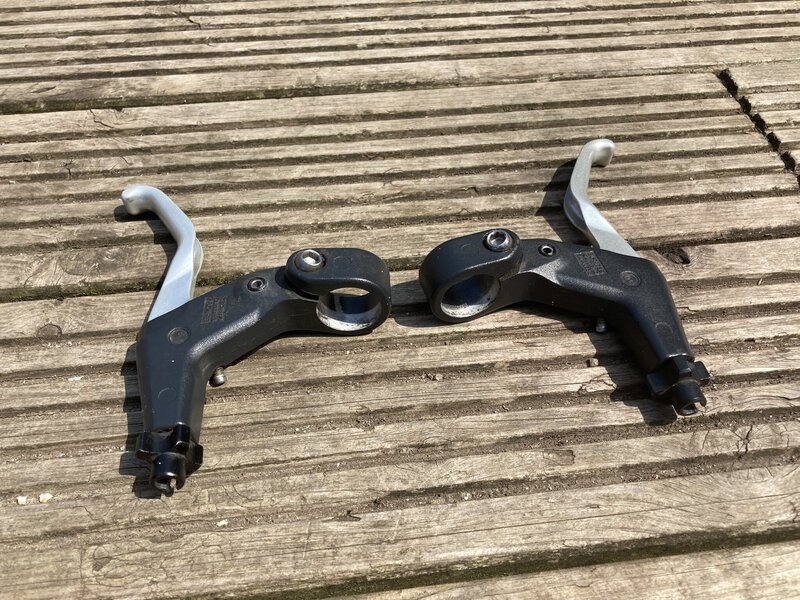 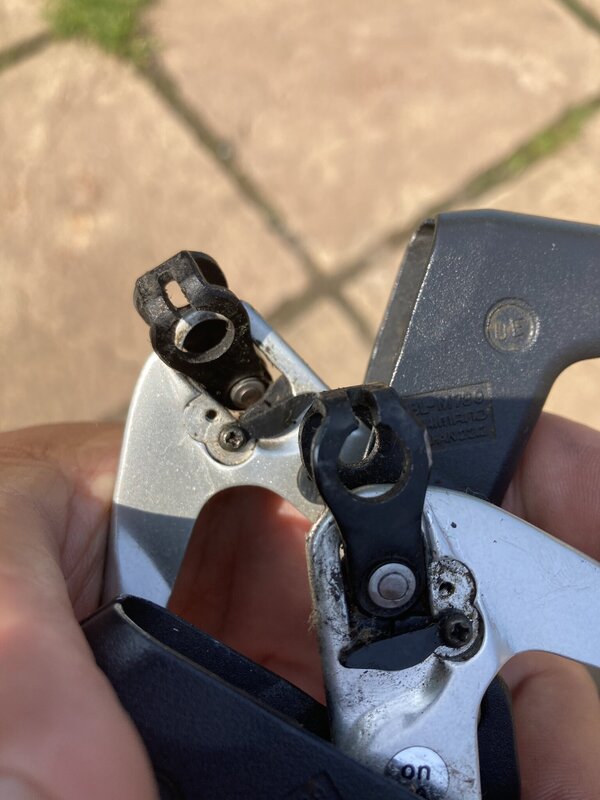 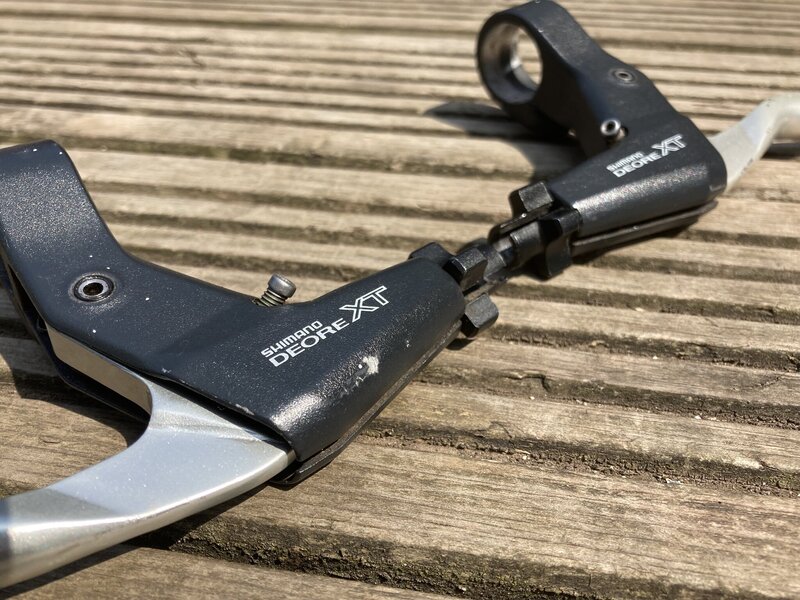 Orange 🍊 Fan
What's the issue with the spacers - interested but I've not heard of it before? Presume they are functional?

markoc said:
What's the issue with the spacers - interested but I've not heard of it before? Presume they are functional?
Click to expand...

drystonepaul said:
The M739 V brake lever originally came with two of those plastic bits in each lever to limit the movement of the servo wave roller cam thing.

Basically the more bits you remove the greater the braking power at the end of the lever stroke. This only works if you set the brakes up so you bite point is at least a third of the way through the lever travel.

The idea is that the first part of the lever stroke pulls alot of cable with a low leverage force, and then as the roller cam mechanism comes into effect there is less cable pull but more leverage and more power as the brake pads hit the rim.

There was a warning on them too stating that by removing both of the plastic bits then you'd get huge amounts of power which in the hands of an inexperienced rider could cause instant death and the extinction of a rare butterfly or something. (I paraphrase of course).

In practice I've always run my M739's without the plastic bits since 1997. I'm still alive and they give a very powerful if slightly mushy feel at the brake lever.

As far as I know there have been no extinctions as a direct result of this.
Click to expand...

Orange 🍊 Fan
Fab - PM paypal and I'll get funds across today. These'll go well on my wife's mini clockwork.
You must log in or register to reply here.