Vintage KLEIN (or not)?

So yesterday on the Dutch marketplace I found this ad for a vintage KLEIN. The title got my attention so I opened the add and was dumbstruck....not a Klein

This was one of the pictures from the add: 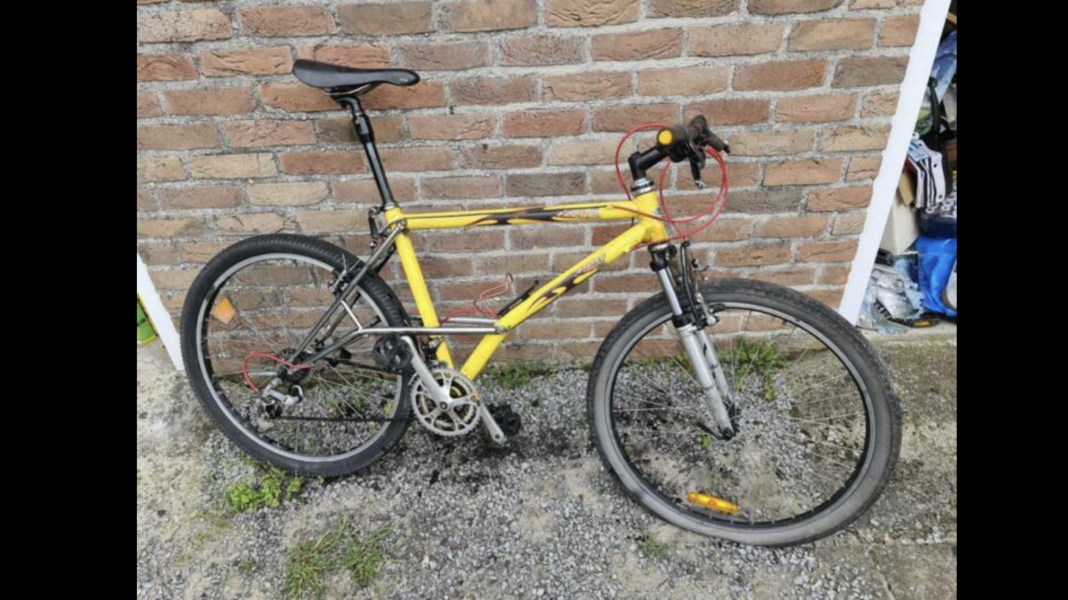 So after some messages I was quick to pick this up yesterday evening. Yes, you have seen it correctly, someone welded a disc brake tab to the Marzochi Starfork (on the drive side). There appear to be no cracks in the aluminium frame. However, it is covered in oil so it needs a good clean.
I need to gather some information as I know little of Mantis or XCR EC.

I keep seeing Nishikis in threads - one of theirs with the cromo back end?
F

I think it is the other way round. Richard Cunningham developped the Mantis XCR EC and then Nishiki used the design for their bike. However, Nishiki used square aluminum tubes for the front triangle.

That’s what I have read however I am no expert at all. I am waiting for the collective Retrobike knowledge to school me…

This frame appears to have a 1 1/4 head tube and it looks like it has had some work done to the lower part of the head tube.

Fat Chance Fan
That looks close to a Mantis, but probably isn´t. I can see no gussets on top or downtube. Also never heard of an XCR with other than a 1" headtube. Google "Anlen Supermontare". Anlen (or Anlun) was a manufacturer in Taiwan which made frames for a whole lot of different brands, but also under their own name. From what I could gather they were part of the Derby Cycle Group in the 90ies, as was Nishiki. My speculation: As RC was on board with Nishiki for their bolted rear triangle design this looks like it was sold "out the backdoor".
F

Thanks for your input. The lack of gussets at the headtube had me wondering aswell.

I have seen another XCR EC with a 1 1/4” headtube, I believe it is also on Retrobike. I will try to find the topic.

I will try to get the serial number from the bottom bracket and see if this clarifies things.
F

Forgot to say: I never heard of Anlen. Thanks for pointing me in this direction.

Fat Chance Fan
You´re welcome! I would not have made the connection but for the fact there just surfaced another one on the German forum:

They are also talking about that they were originally decked out with Gary Fisher parts. Given there also was the GF CR 7 with the bolt on rear triangle this would make sense.

Looking at your pic again I see another difference to a Mantis: The cable stops on the frame were screwed in chrome steel jobbies, whereas yours seem to be welded aluminium.
F

The connection with Gary Fisher also clarifies the 1 1/4” headtube. I will reply in the German thread aswell, thanks for the tip.

It would be great if I can find a catalogue of Anlen online.

I've seen your post at MTB-news, you may not get a lot of help as Anlen is also very exotic there too.

As i have seen still a few Anlen already (or at least pictures), i can confirm that almost all had parts obviously labeled with Gary Fisher, like Tires, but also Stem etc.,

Other than that, in the German forum are a bit shared opinions, some say that Anlen is a Taiwanese manufacturer, mostly done OEM bikes but also gave it a try with an own brand pushed to Europe by a few distributors.

Another user said in an older post that he has seen personally Anlen bikes being assembled finally at Messingschlager in Bavaria.
This company is still around 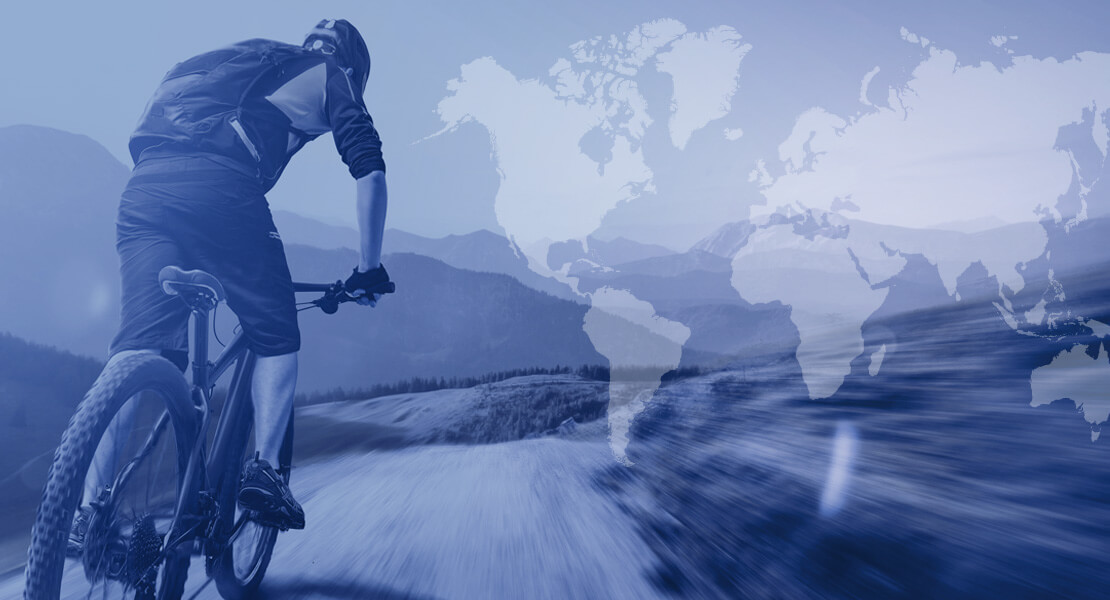 Messingschlager – development, design, manufacturing & global distribution of bicycle parts to over 2000 manufacturers & wholesalers in over 60 countries

www.messingschlager.com
and does mostly import and distribute parts nowadays to retailers. 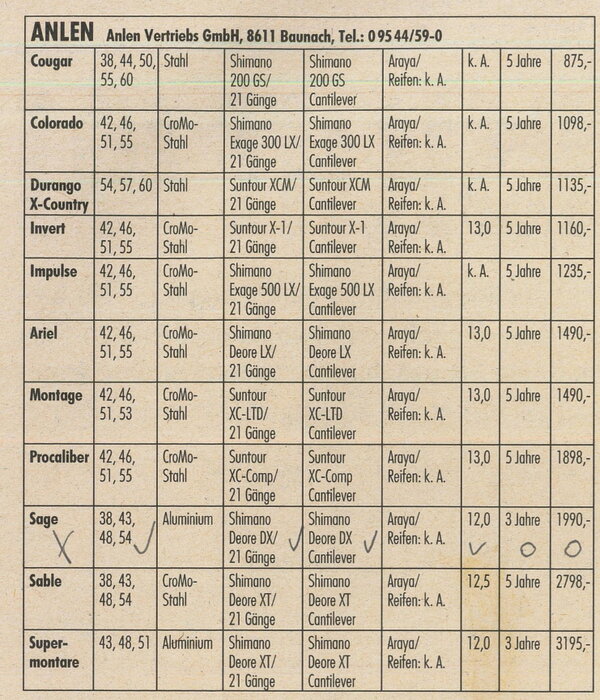 This Anlen "Sabel" from 1990 was also sold as Centurion in Germany. 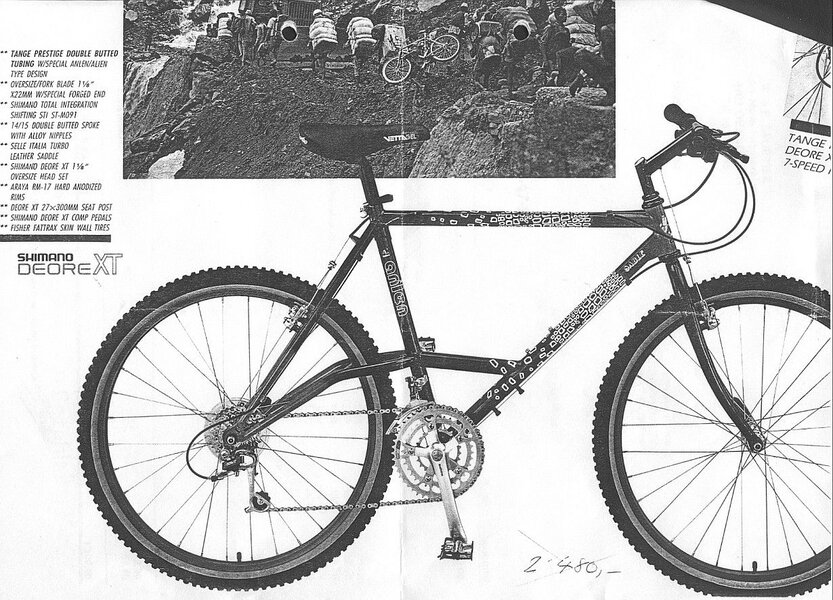 And finally a question from myself, hopefully not making this even more complex:

I was always wondering of an relation between the HARO Extreme to Nishiki, Mantis and Anlen? At least all have this iconic screw-mounted rear steel tube rear construction / triangle. 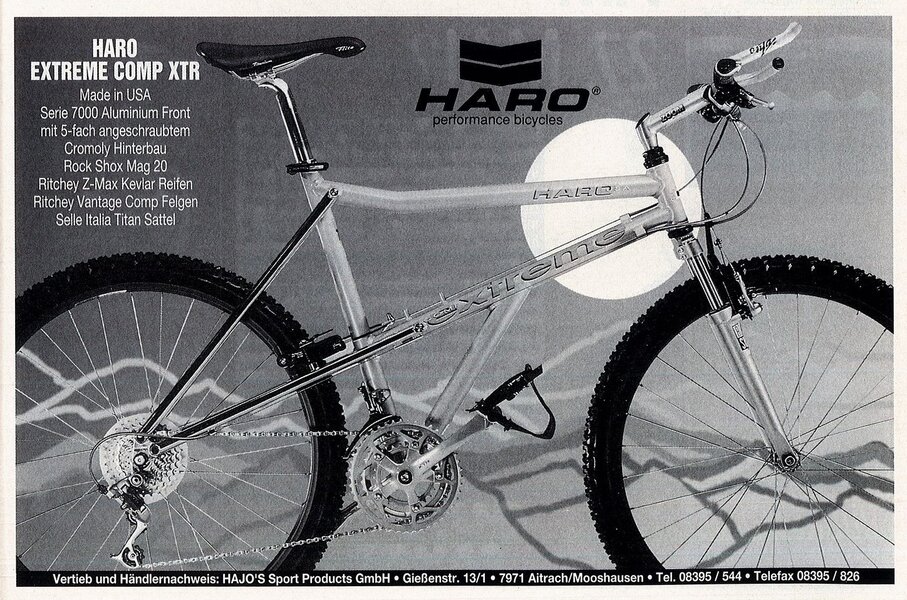 I picked this up this week when I was looking for parts. It is a Anlen Sage, the previous owner didn't know exactly what year. The serialnumber says 8912, so it could be '89, and according to him (and the parts) that is possible. But as the frame is aluminium I'm confused. The frame is...


skolioza said:
Seler told me, that Anlen is brand from Italy People who create this brand had to be an Gary Fishers agents in Europe, but they only takes few bikes and copy their geometry... Is it a truth? I don't know...
The truth is my Anlen had a lot of GF parts - I don't remember well, for sure stem, bar, tyres...

You're having there STIs and Deore DX mechs, so I would say 90, maybe 91
Click to expand...

Jamis Diablo said:
Thanks for your info, I think it was Taiwanese, this is what Fisherbikes.com says:

Fisher sold his company in 1991 to Taiwan's Anlen, where it tumbled head-over-handlebars for the next two years. "I was basically a puppet president," Fisher says of his time with Anlen. Out of the decision-making loop, Fisher felt at odds with the management. "It was nuts. A lot of stuff went on unbeknownst to me." Fisher does not hide his disappointment with the events at Anlen, "It was totally frustrating watching something we built for all those years just get crushed in a lot of ways."

After two excruciating years with Anlen, Trek, the well-established American bicycle manufacturer located in Waterloo, Wisconsin, came to the rescue and bought the struggling company. Trek brought to the table an established nuts-and-bolts company with exacting manufacturing standards, while Fisher brought his groundbreaking designs, creativity and name. It was a match made in heaven.
Click to expand...

Did yours have the same strange lacquer?
Click to expand...