After a lot of rain these last few days, there was a dry afternoon, so I went for a ride to Wye Downs. Very wet on the ground: the tyres and rims were beneath water in places, and there was some very sloppy, slippery mud in other places. Dramatic sky shots: 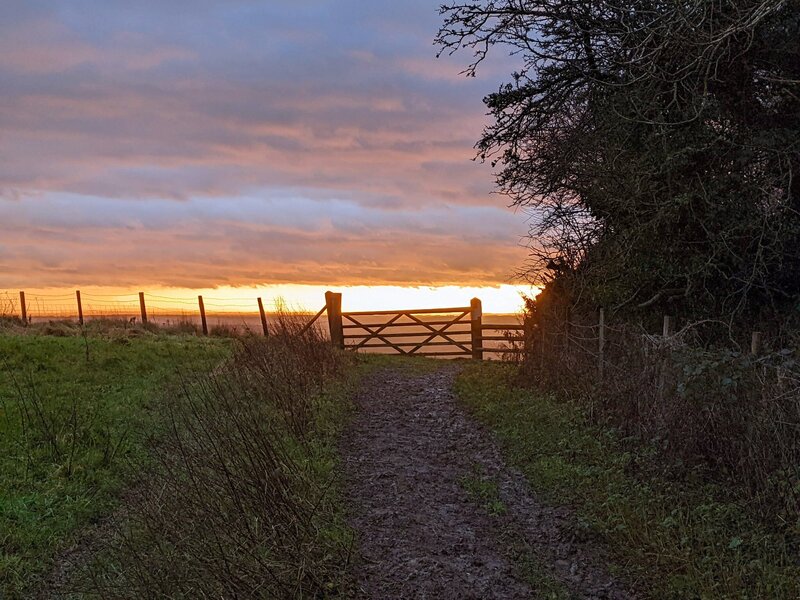 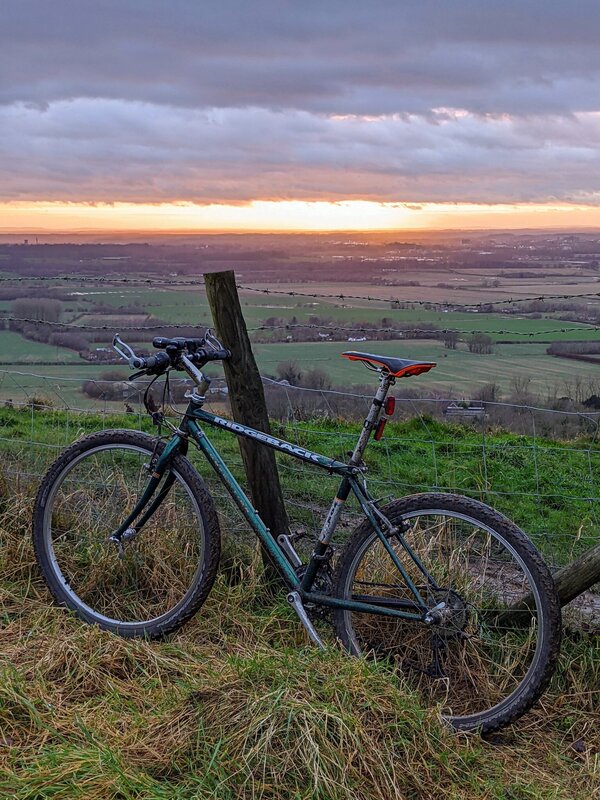 I had a drink and a piece of cake here, and watched a sparrowhawk searching for some tasty morsels of its own: towards the top-left of the photo. 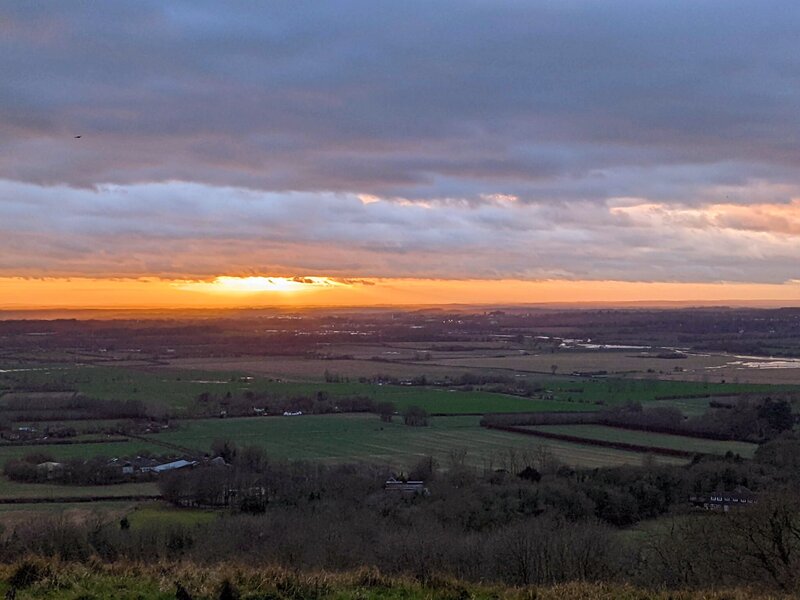 And back to the citadel: 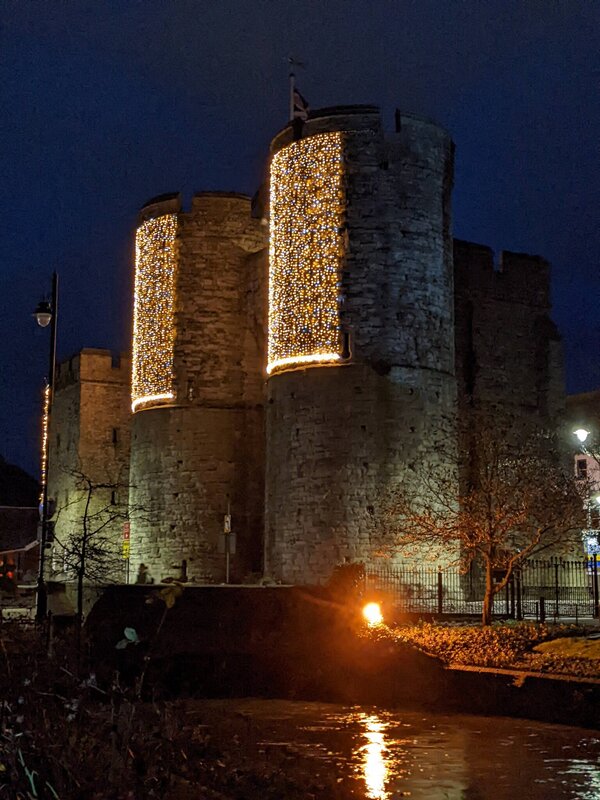 CassidyAce said:
After a lot of rain these last few days, there was a dry afternoon, so I went for a ride to Wye Downs. Very wet on the ground: the tyres and rims were beneath water in places, and there was some very sloppy, slippery mud in other places. Dramatic sky shots:
View attachment 591944
View attachment 591945

I had a drink and a piece of cake here, and watched a sparrowhawk searching for some tasty morsels of its own: towards the top-left of the photo.
View attachment 591946

It has been grey and raining for what seems like weeks up this way, went for a walk today and could hardly stay on my feet the mud was so slippy.

Same here. Nearly lost my footing in the mud leading to the gate in the first photo. Unseasonably mild, though: about 12°C.

Bontrager Fan
First ride of the year, got soaked and the wind was nasty, on the bright side it was warm and it's always good to be out and about. 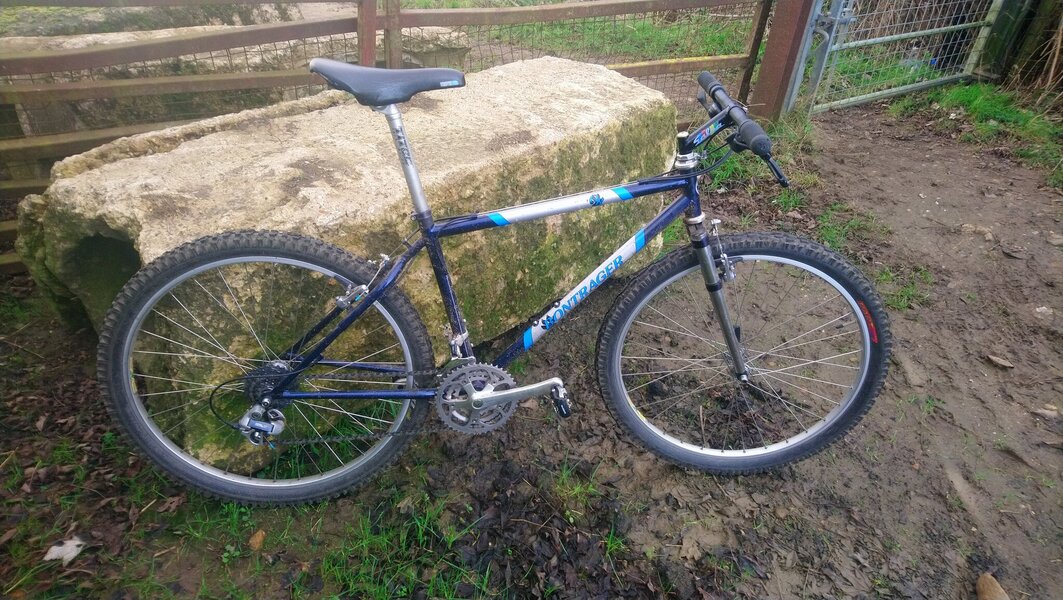 After a day of rain, yesterday, it was a nice, sunny day, today with an average temperature for the time of year: 7°C, with a 'feels like' of 3°C. Having taken an interest in the thread about a road ride on a retro MTB—https://www.retrobike.co.uk/threads/26-ride-on-a-roadie-ride.439344/—I decided, out of curiosity, to do the road ride to Sandwich on the Stumpy. This was just using the bike, as it is, without fitting slicks; plus, carrying a rucksack and wrapped up warm. Over the 37 miles, I managed an average speed of 13.17 miles per hour. On a spring day, with slicks and no strong winds, I expect that 14 mph would be achievable. That would tally with the comments on that thread about the average speed of roadies, according to Strava, being 15 mph, and an MTB with slicks being about 1 mph slower. (It was also a better speed than I managed on the road bike last weekend, on a shorter ride! I'm starting to think that road bikes are not for me.)

I didn't stop for many photos, but: 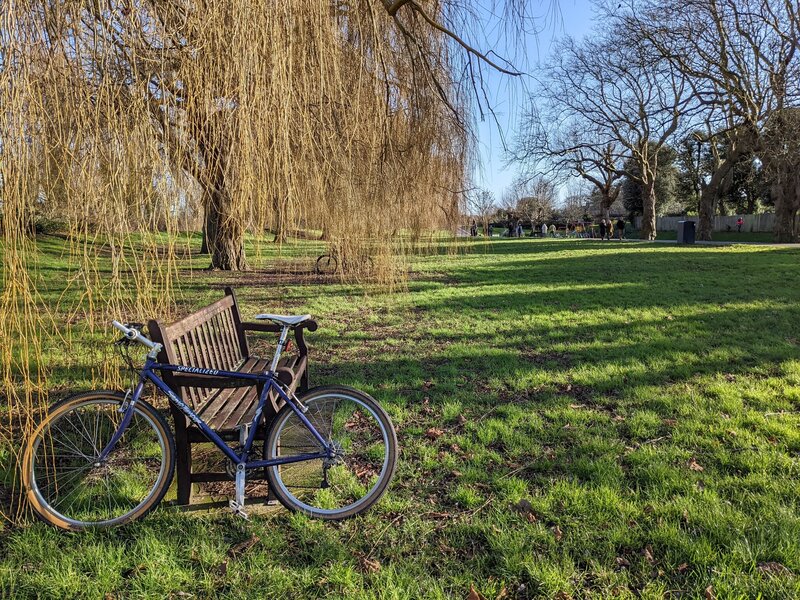 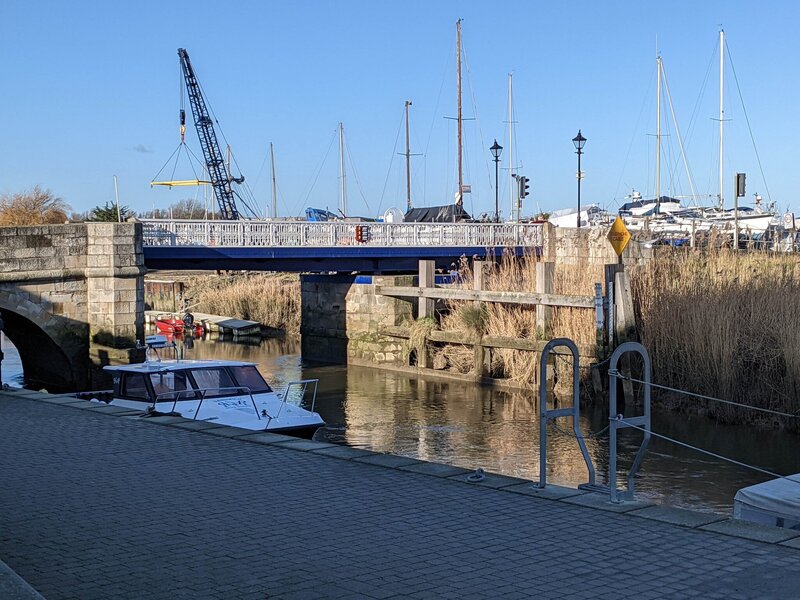 By the end, the bike was nearly as filthy as it would be on an MTB ride: 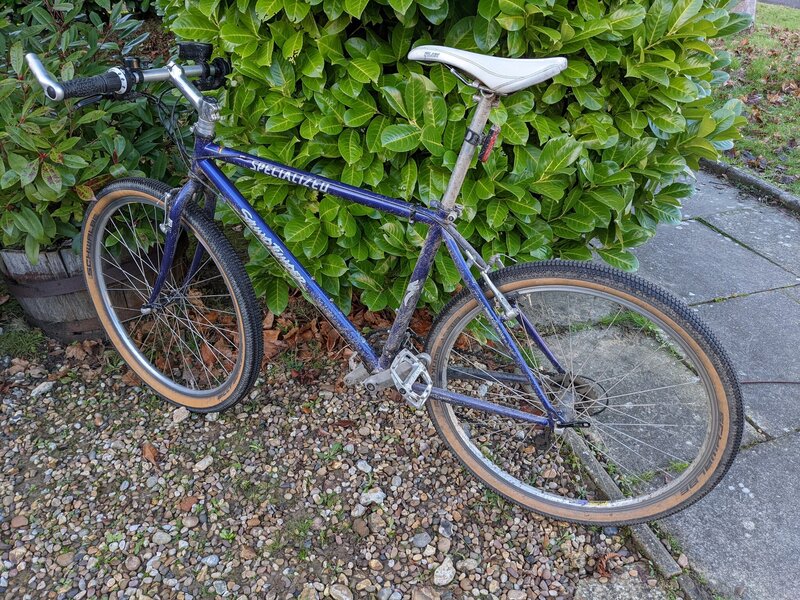 Kona Fan
At last, no rain, no 25 mph+ winds, no fog. Much as I love running, I've really missed being in the saddle. Super thankful I could properly stretch the legs this morning and fingers crossed, the next few days look equally promising. 4-5 degrees, 1-2 in the valleys, damp but pretty still, some high cloud but mainly clear skies. A solid 25 mile stretch to start the day with 1000ft+ of elevation gain. 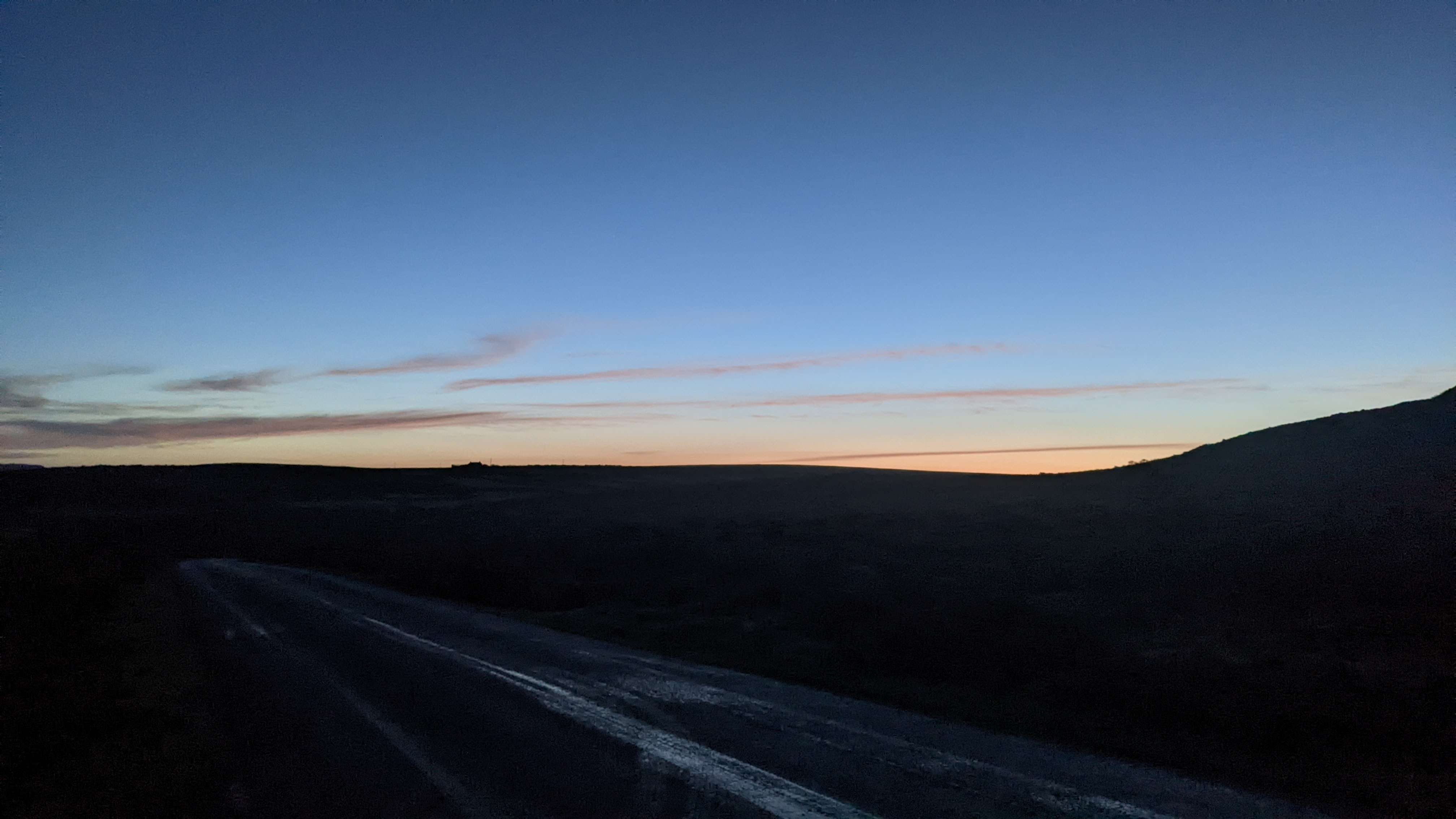 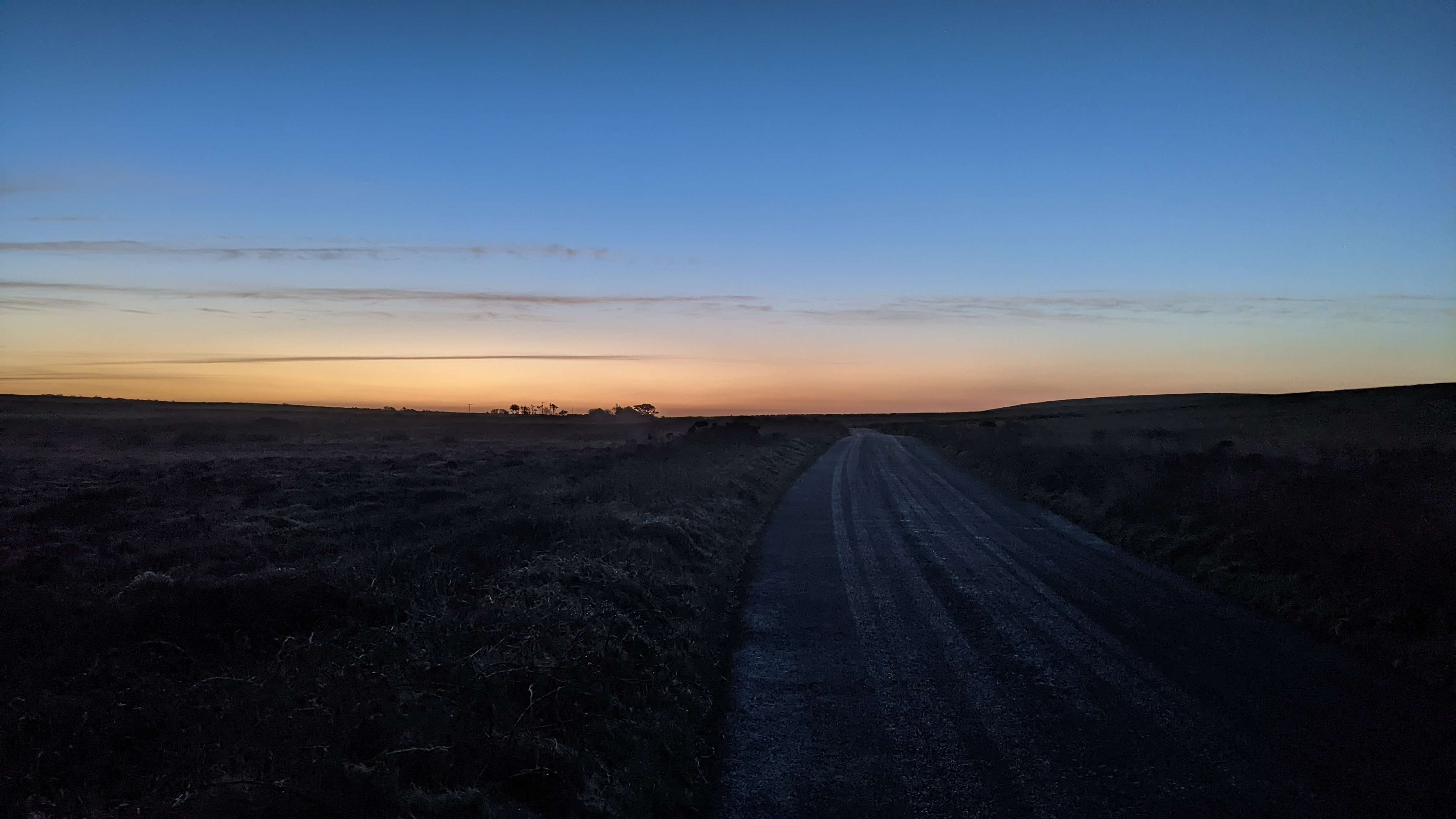 Kona Fan
From last Thursday, my 4.5 upgrade was smooth and painless. A little chilly but not as cold as the day before (see above). I decided to "sneak" into / onto Lands End which was extremely easy. I guess it won't be the same in a few months time when the masses come down. 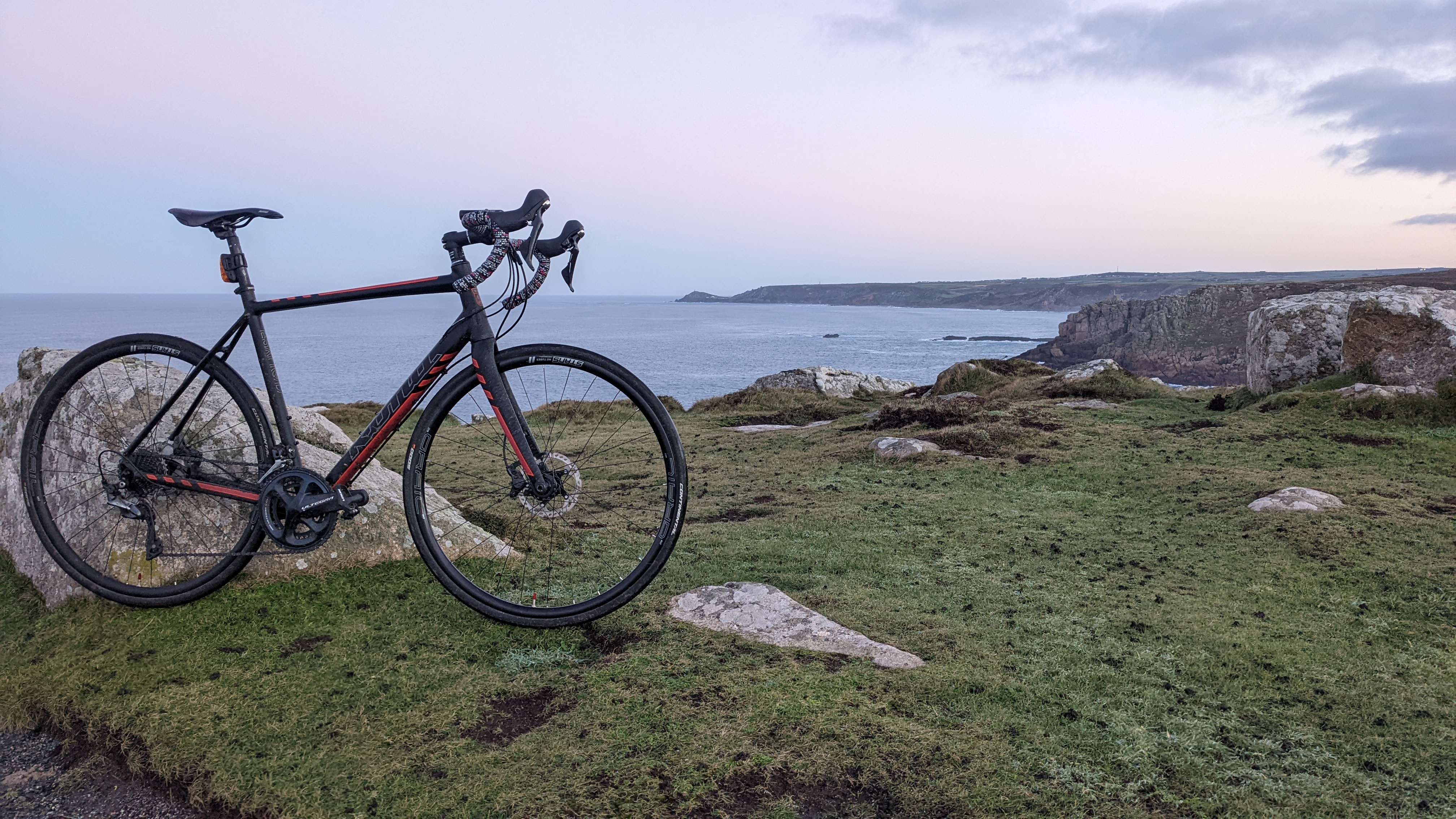 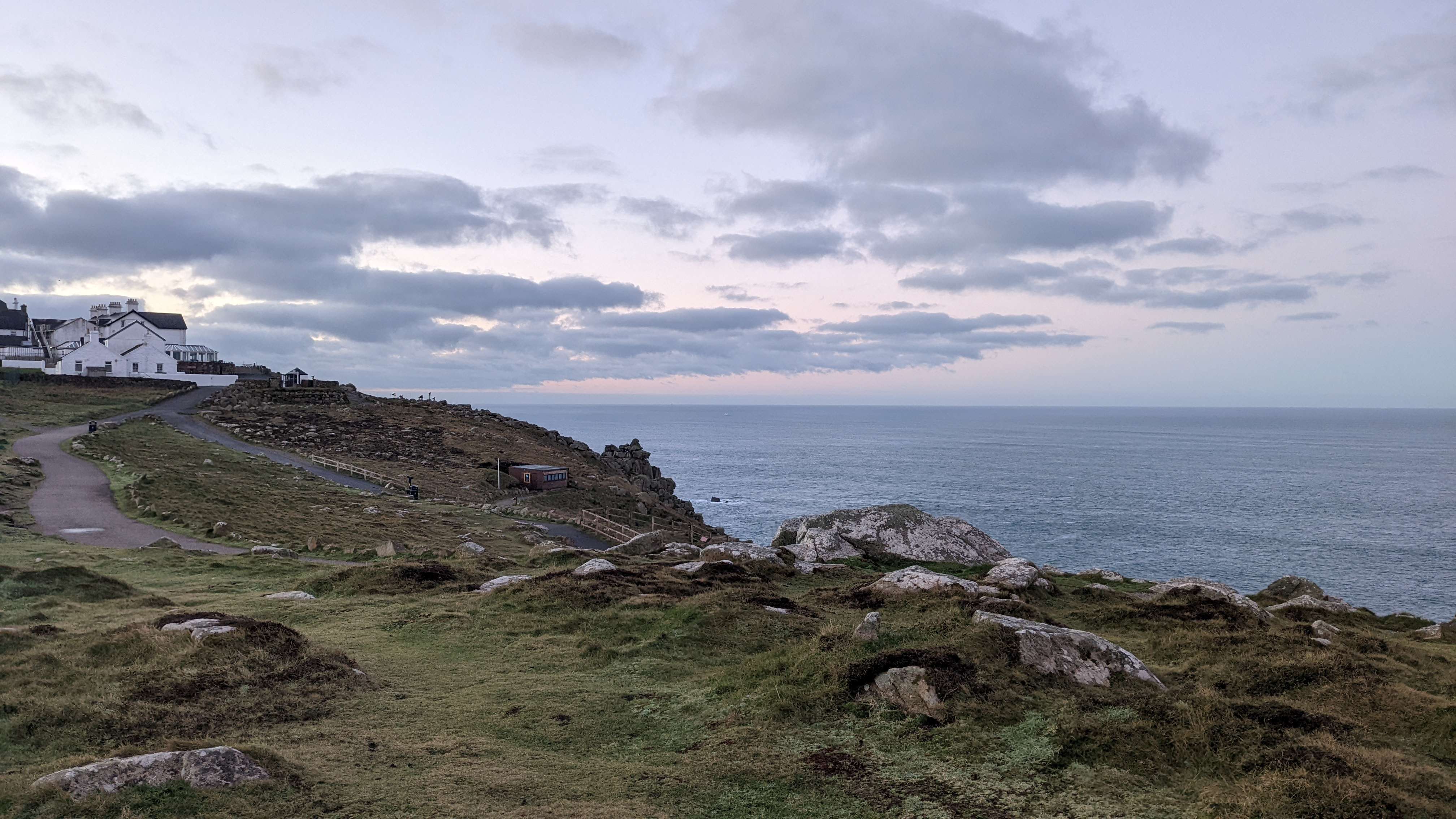 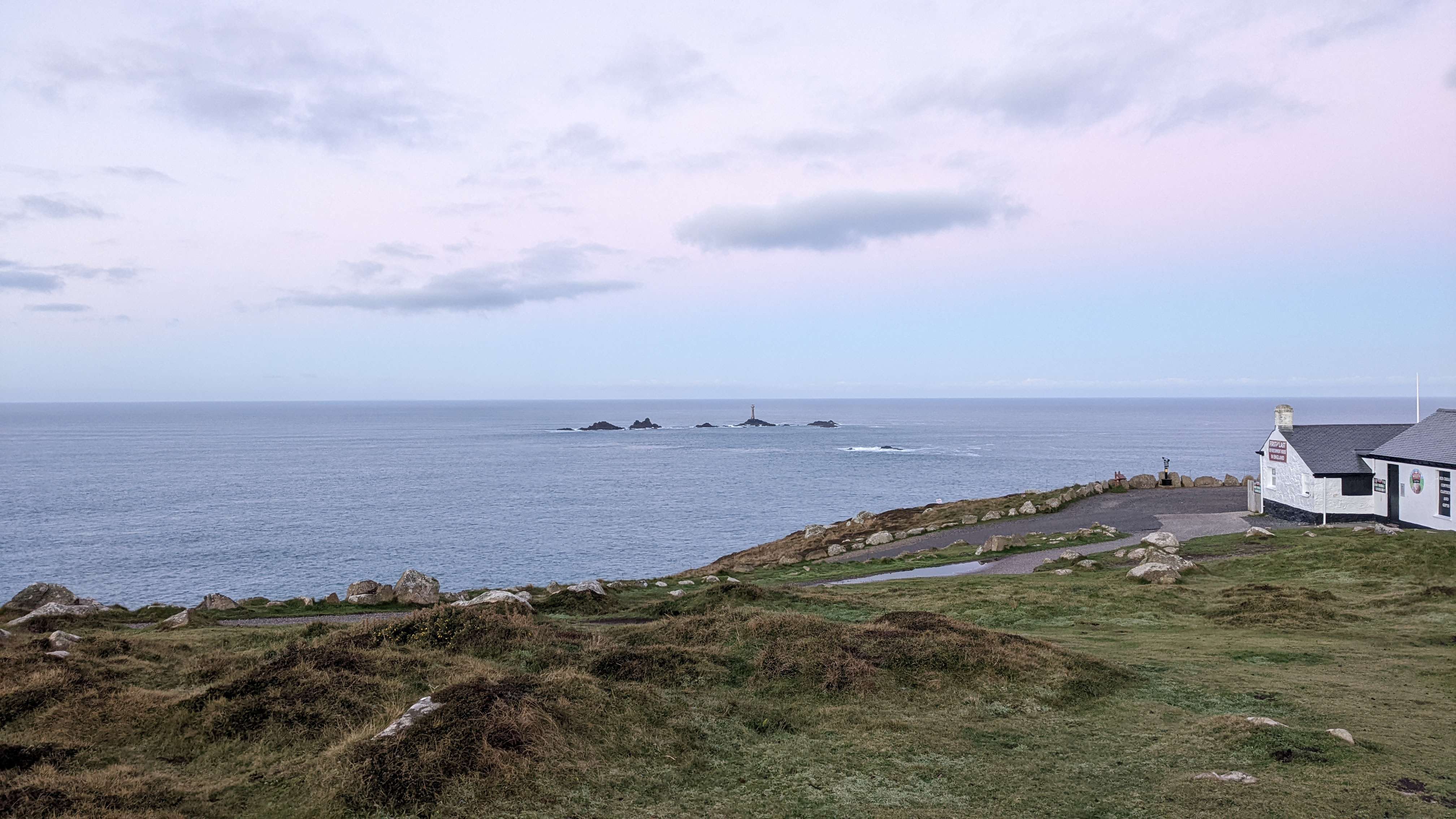 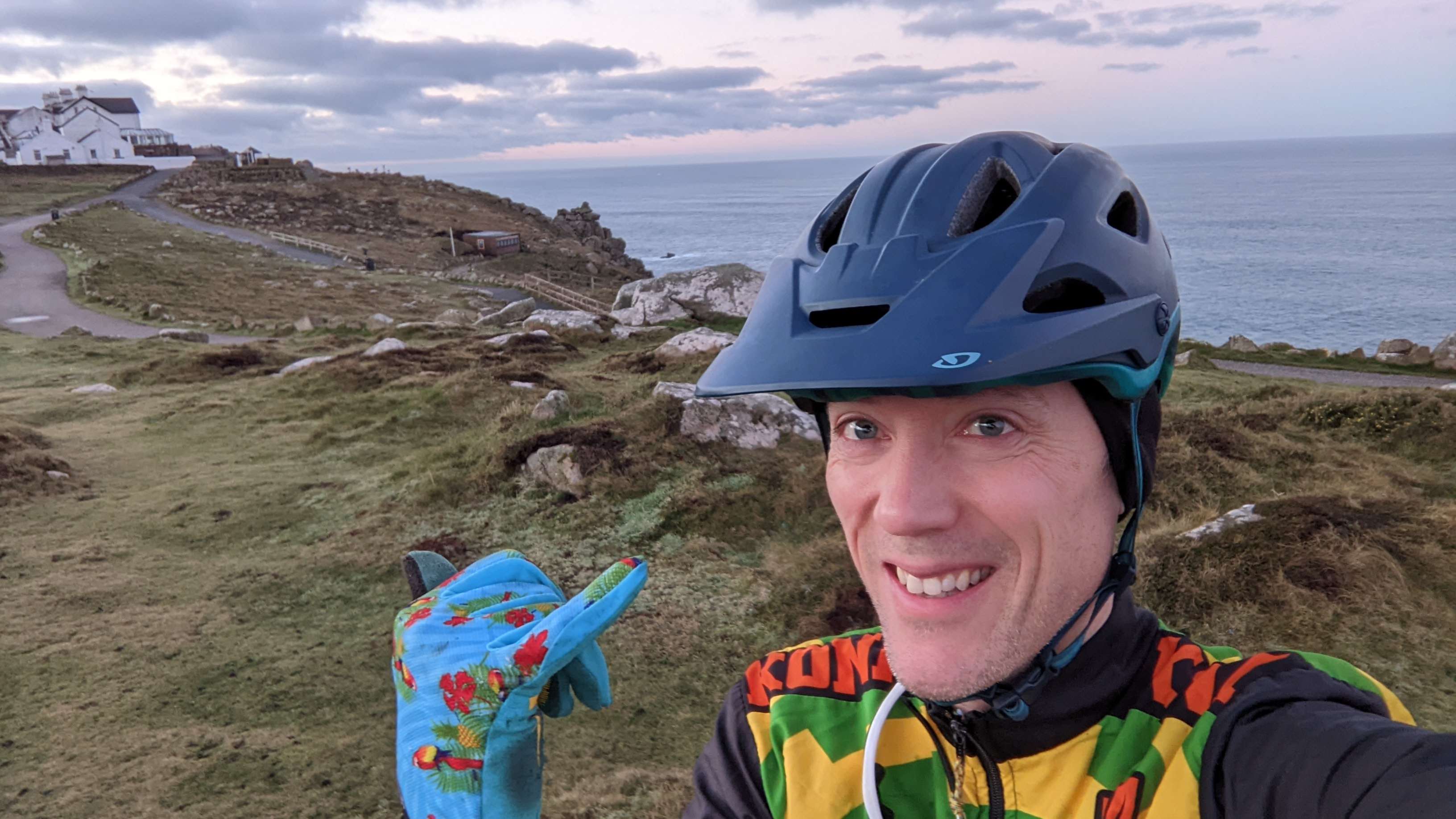 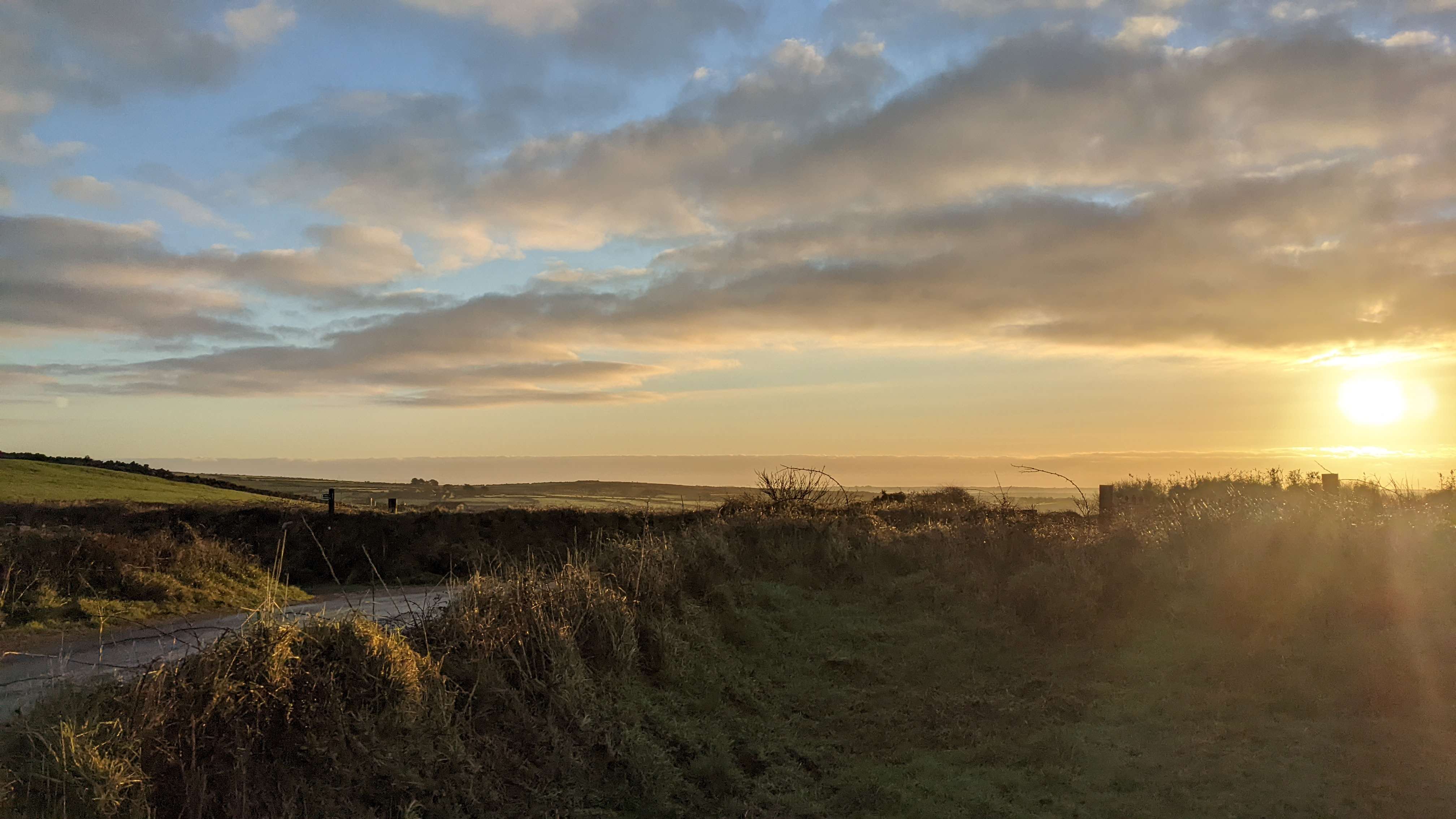 Later on up top.

The weather continues to marvel with this spell of calm, clear skies. Also nice to see whilst it's chilly, it's warmer than the rest of the UK, one of the reasons for the move
S

Kona Fan
Another great morning. Still, 5-7 degrees depending on which valley you were in. High cloud so a little warmer than the evening. Had to keep the loop short for early calls but nothing could stop the legs pumping up some steeper inclines to make up for it. At the top above Morvah looking towards Ding Dong (the ruins) and big town Penzance (far right). The lights in the middle are a farm you sweep down to, then climb out of. 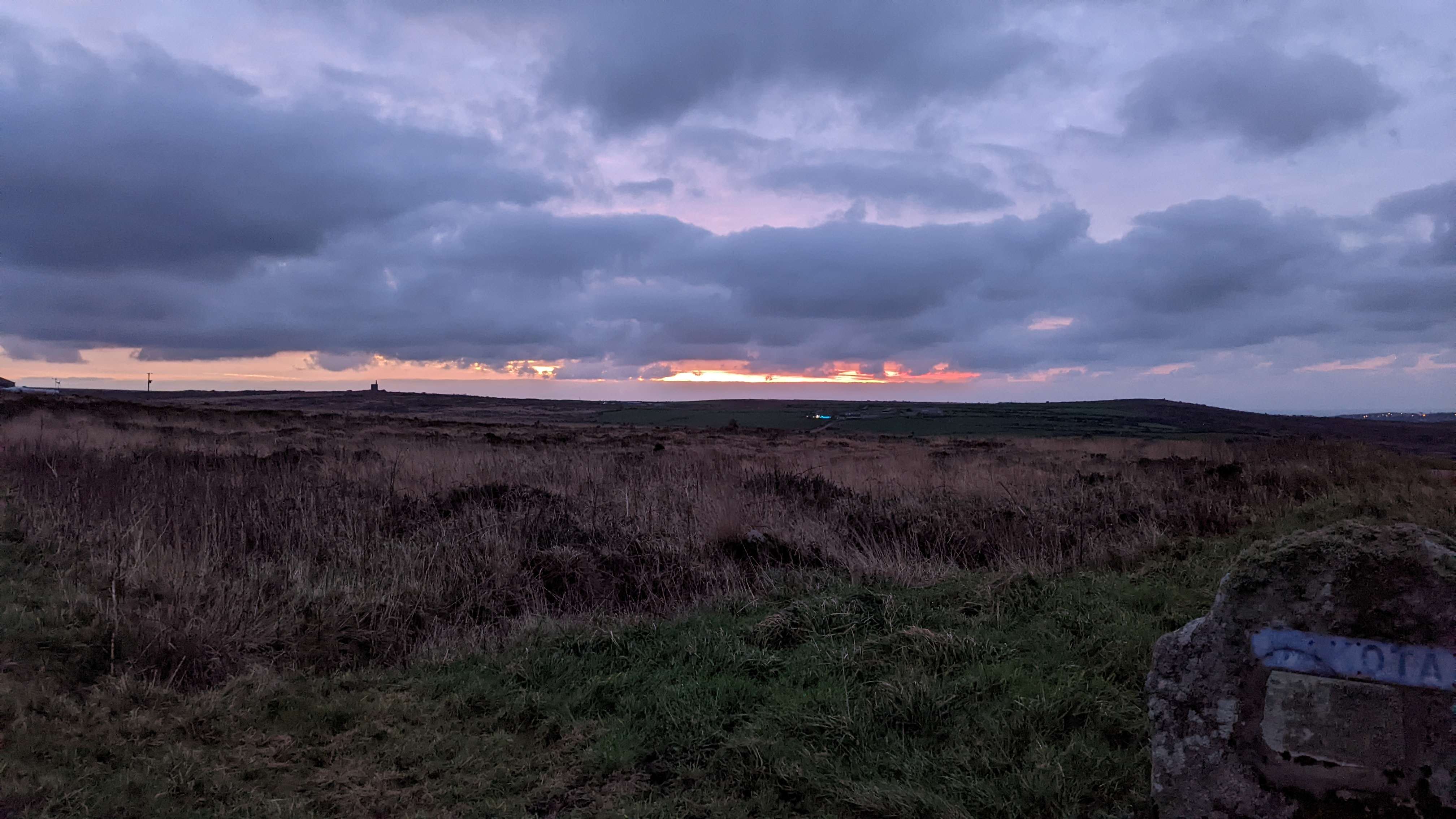 I took the train to Exeter yesterday and cycled down to Starcross to buy some secondhand parts I don't really need, as this is a nice level path I took my three speed drum braked klunker which is actually a retromodded Thorn not a Raleigh, there was a pair of black swans on the Exe which I have not seen before and the tide was out on the estuary. 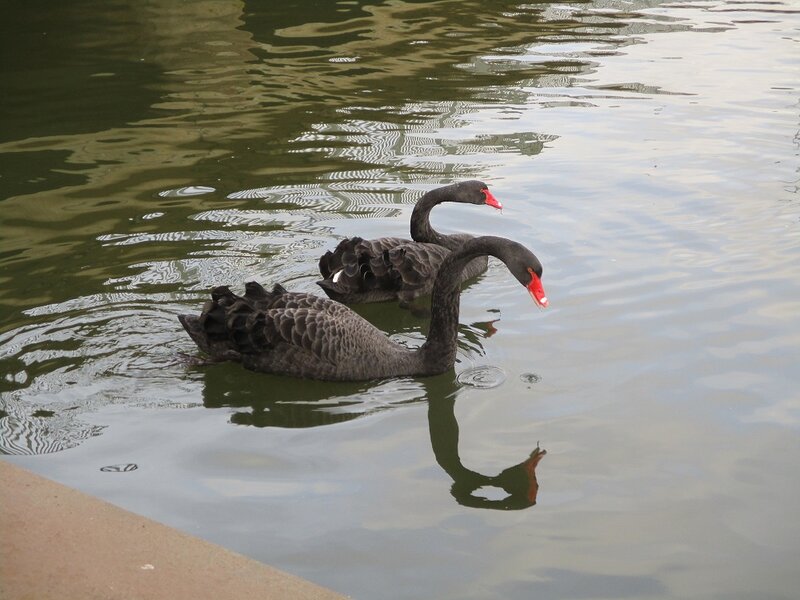 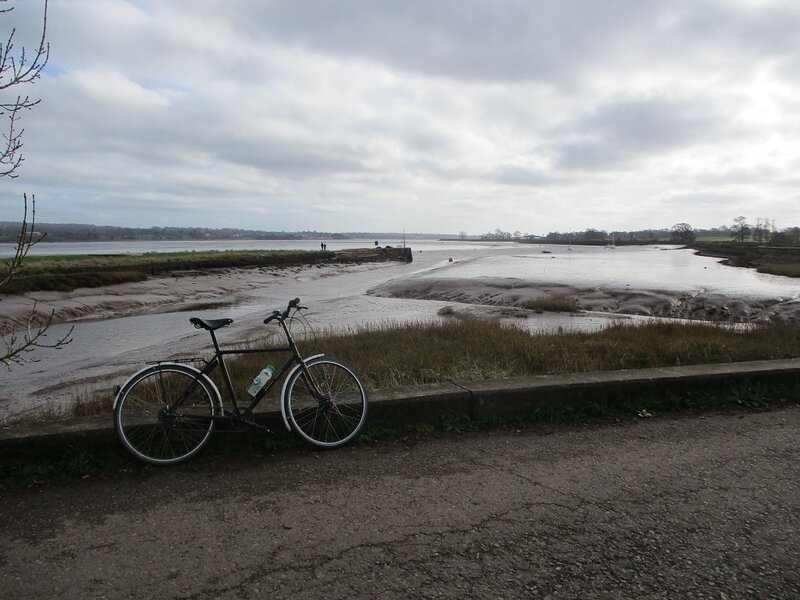