This thread was started by "FairfaxPat," AKA my longtime friend Pat Reddix. He left the trails a couple of years ago, and now he has a memorial in the Fairfax town park, purchased by his friends and family.

The bench has a small plaque that will keep his memory alive.

Absolutely brilliant - really pleased it's been put together. Not sure he'd spend too much sitting on it though Perhaps we can petition to get a plaque on the magic bridge as well

First ride in over a week so the legs couldn't contain themselves. A roasting 8 degrees with a mild breeze. Very grey as shown here; just a sliver of a sun-rise on top of Well Hill before the shoot down under the M25 to Shoreham. 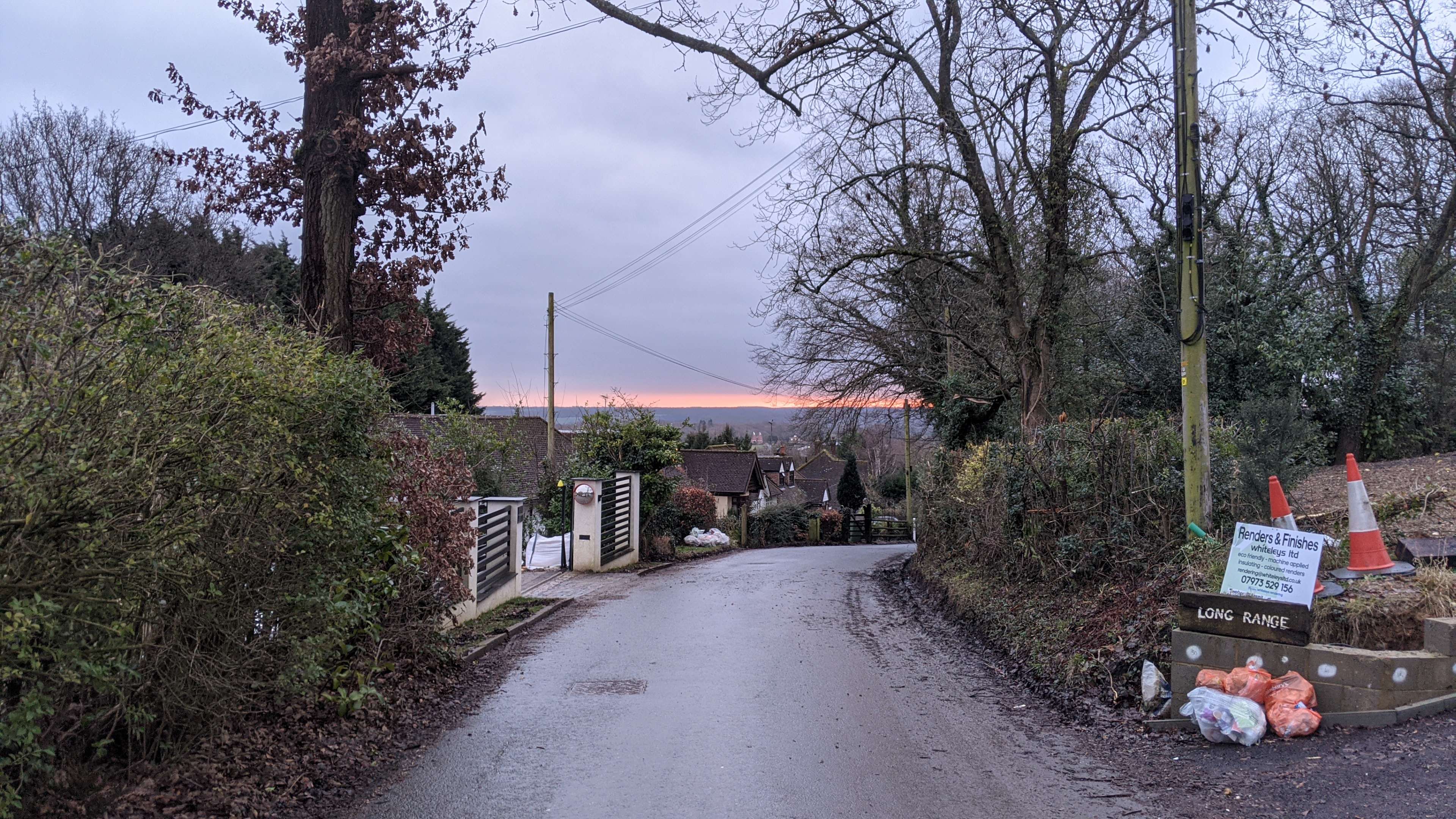 A nice gesture, thank you for posting.

Curious about what the Magic bridge is, and its relevance
R

mk one":dhg3fkqy said:
A nice gesture, thank you for posting.

Curious about what the Magic bridge is, and its relevance
Click to expand...

The Magic Bridge is a wooden causeway that takes hikers and bicyclists across a sensitive marshy area. If Pat was on a ride that crossed it, a stop on the middle was mandatory.

The good news is appreciated.

I was thinking about Pat the other day while having some winter blues and wondering what it would be
like over in California.

Curious about what the Magic bridge is, and its relevance
Click to expand...

The Magic Bridge is a wooden causeway that takes hikers and bicyclists across a sensitive marshy area. If Pat was on a ride that crossed it, a stop on the middle was mandatory.
Click to expand...

Me (and probably every non-resident who had the pleasure of riding with Pat): Why's it called the Magic Bridge?

Pat: Because it's where the magic happens! <massive Pat-grin face> <chuckle>

In other news, filthy morning, mild 8 degrees, very grey, increasing mizzle on downs with a notable breeze. A solid 21 miles including lovely Salt Box hill - always a pleasant leg stretch before a scoot back down Shire Lane. Too mucky for pics.

Haven't been out on the bike for a while as recovering from a couple of injuries, now im older they don't seem to heal as quick :|

Apart from a bit of rain at night it has been quite dry around here of late. Even managed to get a bit of much needed gardening done. Felt better and as the sun was coming through as well, i decided to go for a short ride, just a couple of hours on easier trails. It was hard work as a lot of them were really soft and grippy which stopped the rolling, and when up out the saddle the rear was spinning a bit. There were enough dry trails to make up for it though, and the fact i was able to pedal and not be hindered by my injuries, apart from my shoulder, was more important and really cheered me up.

A lot of people out today, only other bikes were mx bikes enjoying the freedom.

BoTM Winner
Kona Fan
Grey, slightly chillier feeling 8 degrees given the fresh breeze. Clearer skies in places before the rain came in later this morning. Getting much lighter early doors so spring really is on her way Just a few days left for me in suburban SE London so I'm taking in some new or lesser used roads. Today was Old Hill (just off Green St Green, I went up the other Old Hill at Chislehurst on the way home) and High Elms road which were a delight; a short, sharp 12% climb and decent followed by a longer gradual ascent to Downe where I paused for a quick pic of the local pub. Another solid 21 miles. 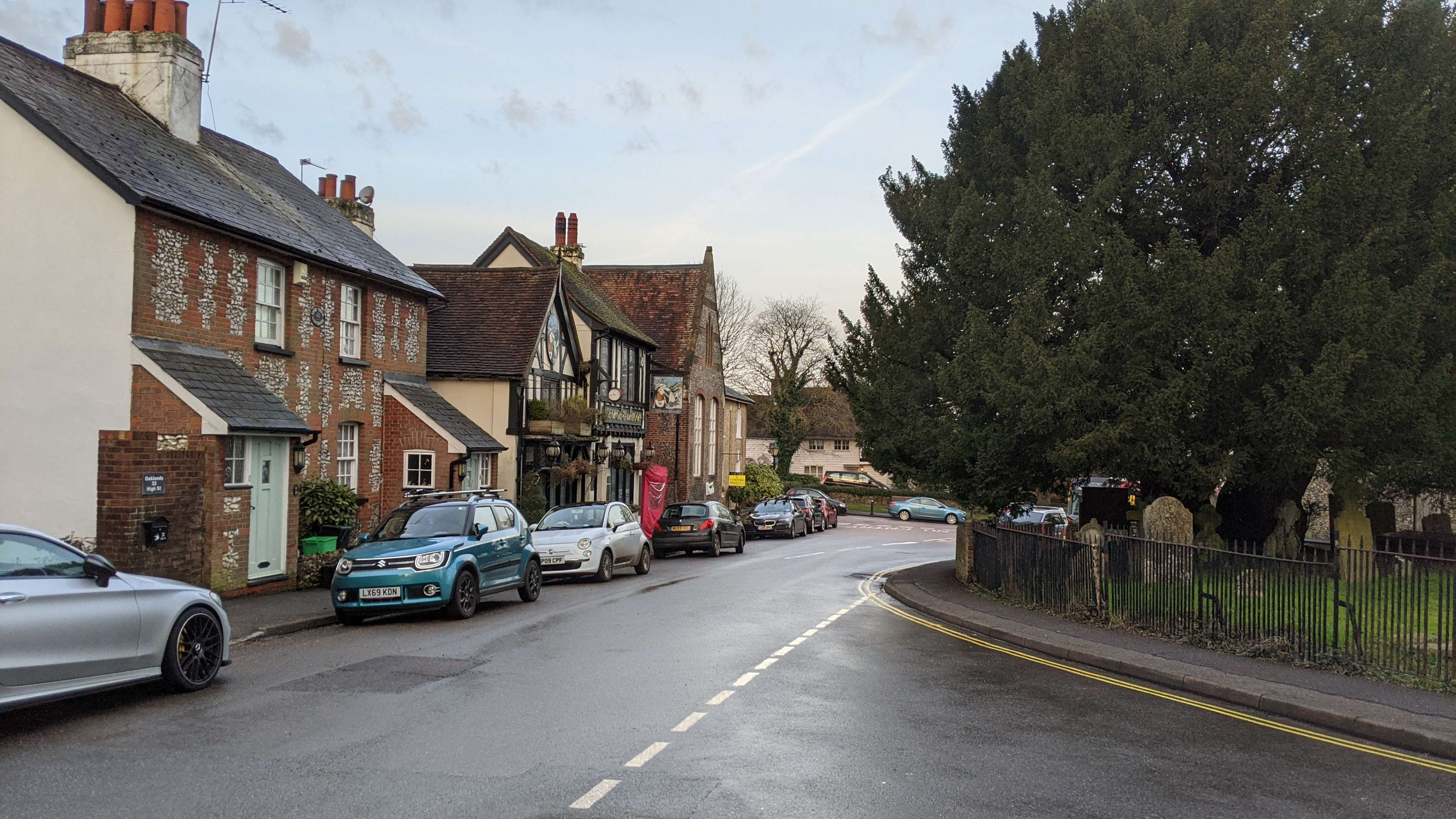 Not much riding recently due to heavy rain, heavy snow, more heavy rain, stuff to do and a course of antibiotics that left me feeling less than fully on the ball. The last of the snow disappeared just last weekend but today it was so mild I was able to ride in just shorts and a couple of thin layers up top. I felt like my fitness had taken a slight dip over the last few weeks and I found myself dropping a bit lower down the gears on the climbs than I usually would but it was an absolute joy to get out in the sunshine and take in the countryside.

Quite a few roadies were out on the lanes and the Stumpy gets a few curious looks but usually accompanied by friendly smiles, nods or 'Hello's. As always, though, the Stumpy was a delight to ride and I wouldn't swap it for one of their carbon road bikes.

Farm land near the village of Adisham: the large, wide open fields, like these, are a recipe for soil erosion and it's significantly windier in these areas than nearer the woodland and built-up areas.


The village, itself, dates from the seventh century and the church from the twelfth century. It always makes me think of the people who worked the fields and walked the lanes in centuries past, and whether there will be others in the future thinking the same about cyclists in the 21st century - a sense of place in the historical continuum.

Repack Rider":3tyatfdm said:
This thread was started by "FairfaxPat," AKA my longtime friend Pat Reddix. He left the trails a couple of years ago, and now he has a memorial in the Fairfax town park, purchased by his friends and family.

The bench has a small plaque that will keep his memory alive.
Click to expand...

That's great to see. Pat's enthusiasm and passion for riding came across in every post. This thread was a pleasure to read.
You must log in or register to reply here.