Not retro, but several years old I think, a "Relax" By Focale 44 (French brand I believe).
Came as standard with a neat one piece bar/stem which weighed a ton!


Just for fun I tried the Spinergy wheels for size...

My contribution to this thread - early (pre-war) Raleigh Record Ace, currently in 50s TT spec.
This was formerly owned by the legendary long distance time trialer Cliff Smith prior to me purchasing it from a V-CC member (who obtained it from Cliffs family many years ago).
I believe - and am open to further suggestions - that it is a late pre-war RRA frame, possibly 1939/1940ish but it's hard to pin it down to a specific year as there are a few things that don't quite add up. Anyway I'll not bore you with these details (unless you particularly want to know).
Back to the bike, it's definitely a Record Ace frame set. I've swapped out some of the parts to put it in the 50s TT guise but kept the parts I took off. Wheels are Dunlop Special Lightweight 27 x 1¼ rims on Airlite hubs, large flange front and small flange double fixed on the rear - soon to be replaced with large flange as soon as I get the spokes. Tyres are 27 x 1 1/8. Stem is GB 531 with GB alloy bars, levers are GB Superhoods, green cloth bar tape matched to frame colour with3 coats of Shellac. Brakes are GB Sport. Chainset is Stronglite 49D alloy cotterless with TA 51 toothe ring, on the rear is a 18 tooth fixed or a 19 tooth ACS Crossfire freewheel both 3/32". Seat is a Brookes Champion Flyer.
Rides like the wind but I don't like going uphill on it!
To my mind bikes like this deserve to be seen.


3wheeler7":5egqs719 said:
I believe - and am open to further suggestions - that it is a late pre-war RRA frame, possibly 1939/1940ish but it's hard to pin it down to a specific year as there are a few things that don't quite add up. Anyway I'll not bore you with these details (unless you particularly want to know).
Back to the bike, it's definitely a Record Ace frame set.
Click to expand...

Date-wise I think that's probably correct. Assuming the fork belongs with the frame, the head clip headset and the position of the fork bend are consistent with late 30s. Pre-war usually has chromework on it, but early post-war doesn't because of the chromium shortages. I haven't see that style rear mudguard eyes before. Late 30s usually had the long slotted type - but I'm by no means an expert. I take it you've been through the early Raleigh catalogues etc and found the frame number?

Hi
Thanks - the 39/40 date is only my opinion, I know a bit about the post war RRAs (I have three) but not much about the pre-wars other than what I've found on the net. I wasn't aware that the pre war ones had slotted rear mudguard stays, the post war definitely has the style in the pics.

The puzzle is, in favour of it being a pre war Model 45:-
The frame size is 22" - post war they went to ½" sizes.
There is no grease nipple in the headset clip or at the bottom of the head tube - post war had both.
The bottom bracket grease nipple is on the right (chainwheel) side of the bottom bracket - post war is on the left hand side.
There are no saddle bag support braze ons on the seat stays and no rear brake cable braze ons on the cross bar - these were normally fitted on post war frames unless specifically opted out.

The puzzle against it being pre war:-
The frame geometry is 71/73 - pre war RRA was 71/71 except the Charles Holland Continental from 1939 which introduced 71/73.
The frame number is stamped on the bottom bracket, which I thought was something Raleigh started doing when 531 frames were introduced post war, pre war would have been at the top of the seat tube.
The frame number is 27165 if I remember correctly but this doesn't fit in with either pre or post war numbering systems I can find so that's a puzzle in itself!
I was told that Cliff Smith had many friends within Raleigh and his frames were repainted there, I believe this has been restoved and transfers (not decals) fitted many decades ago but no 531 frame transfer was fitted which might indicate it's not 531 (like the pre war bikes).
Could be a pre production post war frame? Apparently work started on the post war Model 26 in 1944, Cliffs friends at Raleigh could have donated it?
I don't think I'll ever quite get to the bottom of it and similarly I think there were lots of things going on at Raleigh that were not recorded and are now lost in the depths of time.
For instance, none of my three post war RRA frame numbers fit in with any of the published numbering systems.

Any one is welcome to chime in - I'll still love the bike!

Here's my latest - frame is nothing special, although I've had it about 9 years now and was my first fixie build as well, back in 2011. Forks are Chromed 653 items from a Cougar frame that was toast. 42/18 gearing and a sit up and beg position for mucking about on - now has a sprung Brooks saddle instead of this one. Just need to wire up a brake and it'll be there.

Currently just under 8kg but a flite and carbon seat post are waiting to go on. The idea was to just use it to race on this season. That was back in February though. 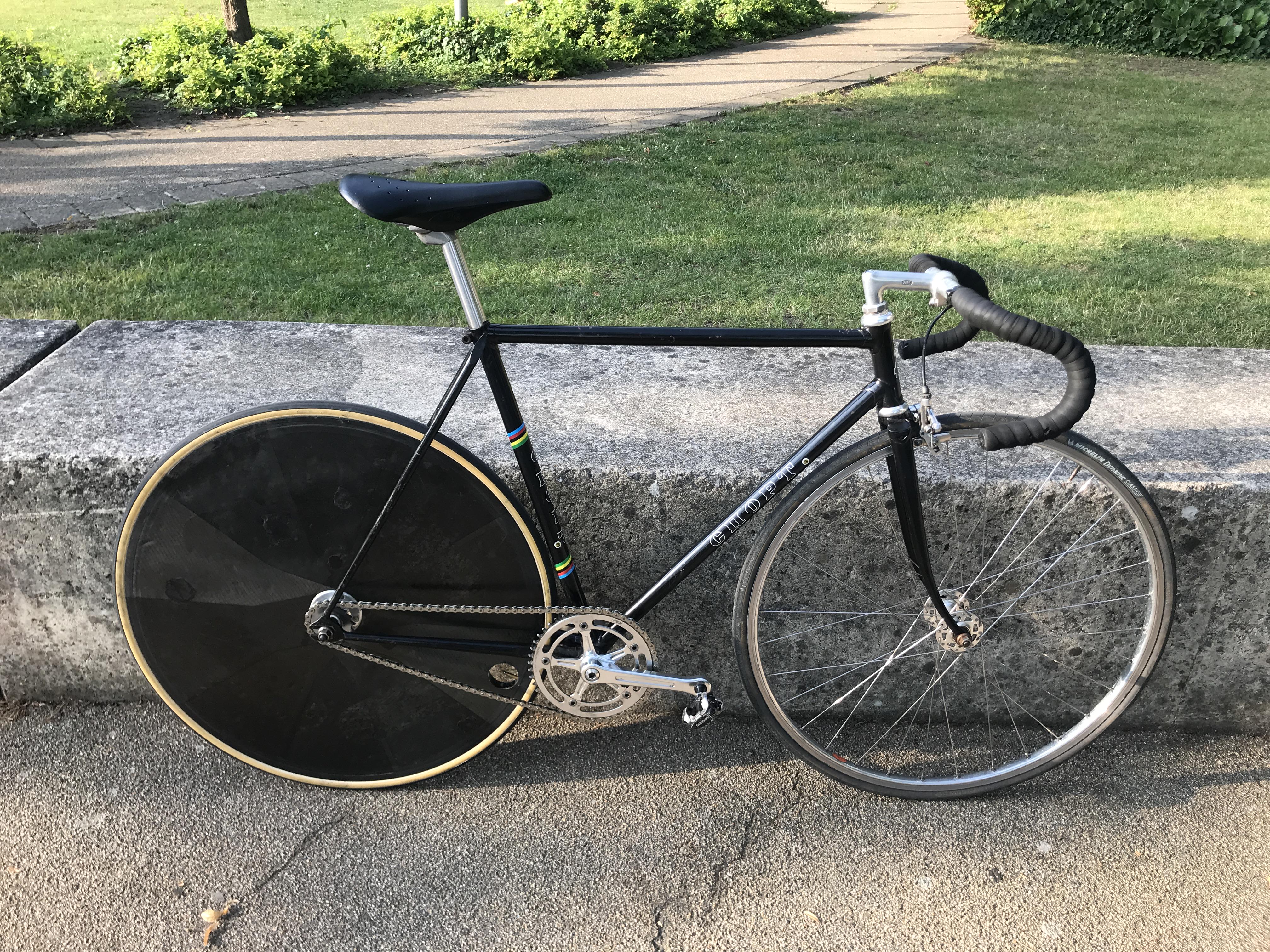 
Things like this are a reminder of why I shouldn't venture out of the MTB section. This thread yields a desire that could have very expensive consequences.

Thanks! Wow, that feels like such a long time ago. That bike is currently stuck at work because of the Covid-19 lockdown and I can't get to it
F 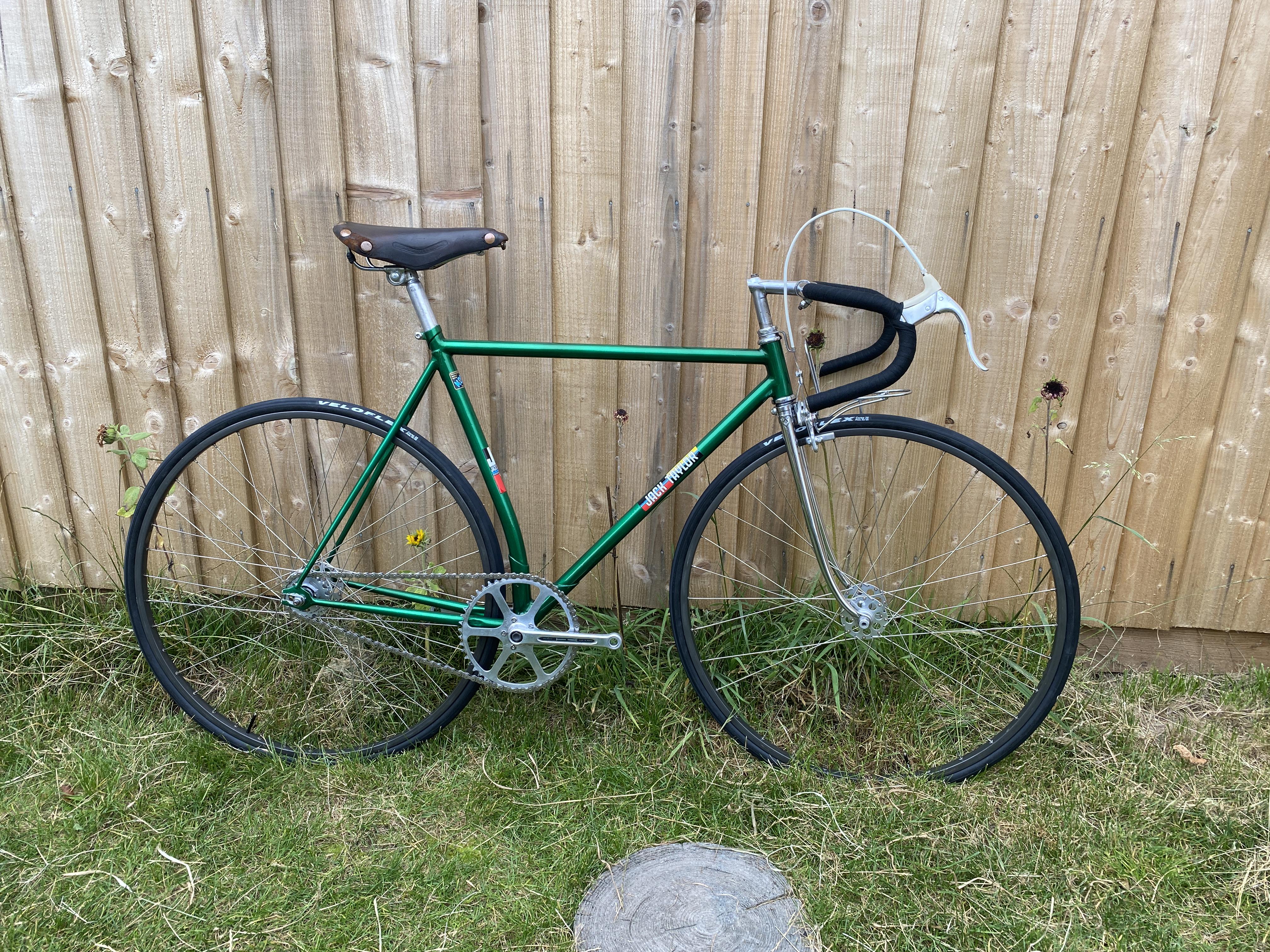