Figured it was high time I started a thread on at least one of my Yeti project bikes. Have been busily accruing bits and pieces and thanks must go out to JustKev and Scant for the cracking advice and help they have both given me over the last few months.

Feel free to give me the heads up if I've made some schoolby error. Memory isn't as good as it used to be and I was a sprightly 16 when this bike first hit the dirt.

Finally managed to source some Yeti seat collars now so at least I can get the seatpost and saddle sorted. The rims and FTW stem are going to be the only parts that really hold this build up - oh, and am still looking for a front and rear minty pair of Shimano M730 cantilevers (in black) - the ones I have at the moment aren't quite up to the job.

wonderful, can't wait for more pics :shock:
you also can take a cook bros steel stem if you find no ftw. but I think Frank will weld one if you ask him friendly.

does anyone know, if the round top tube only was used in 1986 or so long as the bmx headtube and simplex drop outs was used? who by yeti cycles said: "ok, today we build a fro with round and tomorow we take an oval top tube." I've a round top tube fro and the seller has said it is from 1988.

Have actually got a FTW stem coming, just need to get it repainted. Now a Cook Bros handlebar - that would be one sweet find

I had a cook sushi titanium bar, but the finish doesn't goes to my fro, so it is gone in a new home. 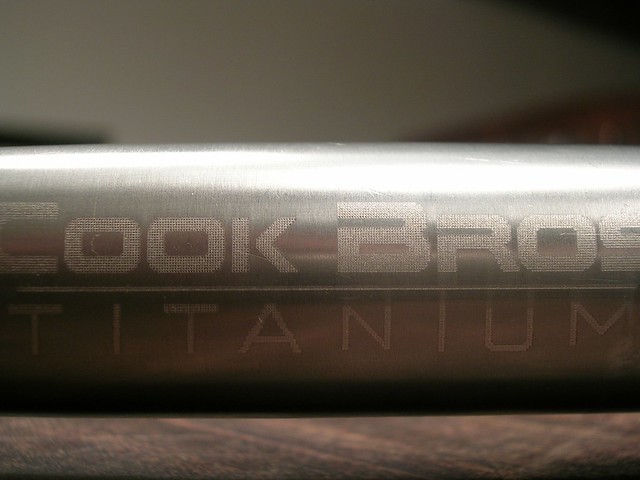 BoTM Triple Crown
BoTM Winner
BoTY Winner
PoTM Winner
Kona Fan
D, i cant imagine you will make any mistakes given your time in the trade.

keep it up bigman, im looking forward to seeing it finished, are you getting much riding done these days...?

Some more details about the frame. Its an 87 Agoura Hills California era FRO, using the rarer 1inch BMX headtube & Simplex rear dropouts. Oval TT. Need the Simplex bolts if anyone has some kicking around in a tool kit anywhere?

Sinnerman, not as much time as I would like no. Always seem to be busy at work, and having three kids eats into the rest of the time. Try and get up Haldon for a few laps a couple times a month though.

Silverfish":23bm7vod said:
Some more details about the frame. Its an 87 Agoura Hills California era FRO, using the rarer 1inch BMX headtube & Simplex rear dropouts. Oval TT. Need the Simplex bolts if anyone has some kicking around in a tool kit anywhere?

Oh yes - also managed to get an original Yeti fork to suit
Click to expand...

D, i know this may sound mad, but try Trevor at Natural cycles, he always has old gear knocking around, and they use to carry simplex stuff Bitd.

just a thought and not far from you, if you havent tried already.
You must log in or register to reply here.