Which a tube of Canesten or three should have sorted surely?
(And which sounds great said in a Sean Connery accent when you try it)

Hi All.
There's an "Introduce Yourself" post a few days ago of my '97 P7 with a hint of what was coming after lurking on here for years as I had nothing to add or enhance the knowledge and experience on this site.
However, I love and have loved the few bikes I've owned. https://www.retrobike.co.uk/threads/the-mtb-introduce-yourself-here-thread-v.184850/post-3135133 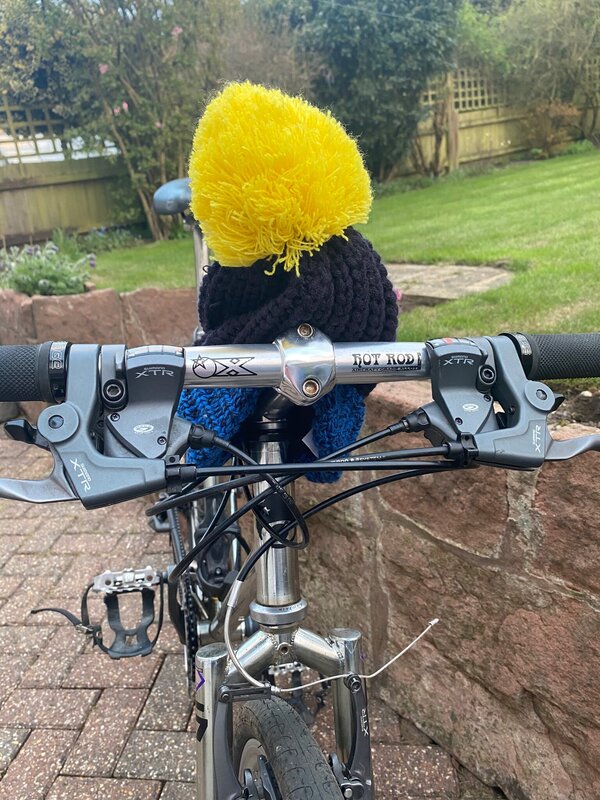 This package arrived today and it was like Christmas morning all over again..... 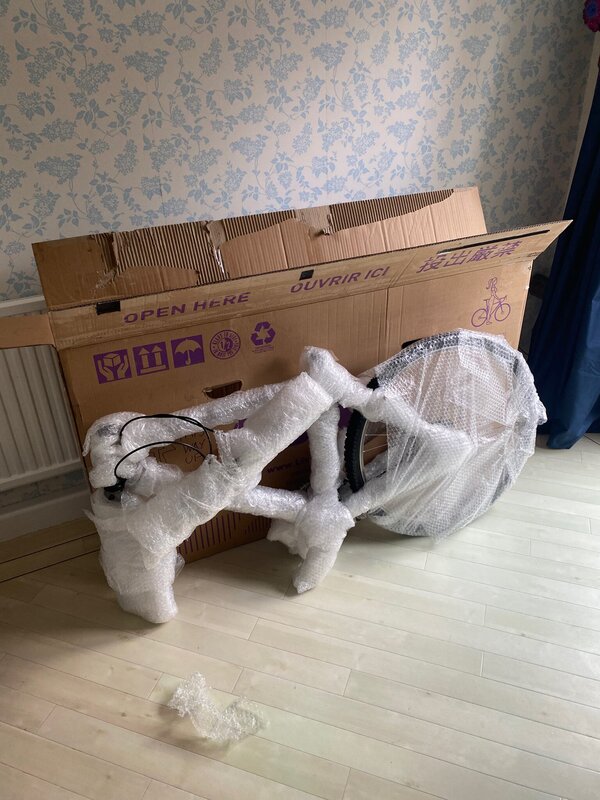 This '93 Explosif has attracted a few comments recently re. it's condition and the price on Ebay but I did a deal with a fantastic gent in Hampton who went above and beyond to help make this happen.
When I bought my Lavadome back in '92 this was my dream bike, as Hei Hei's and Hots were stratospheric... 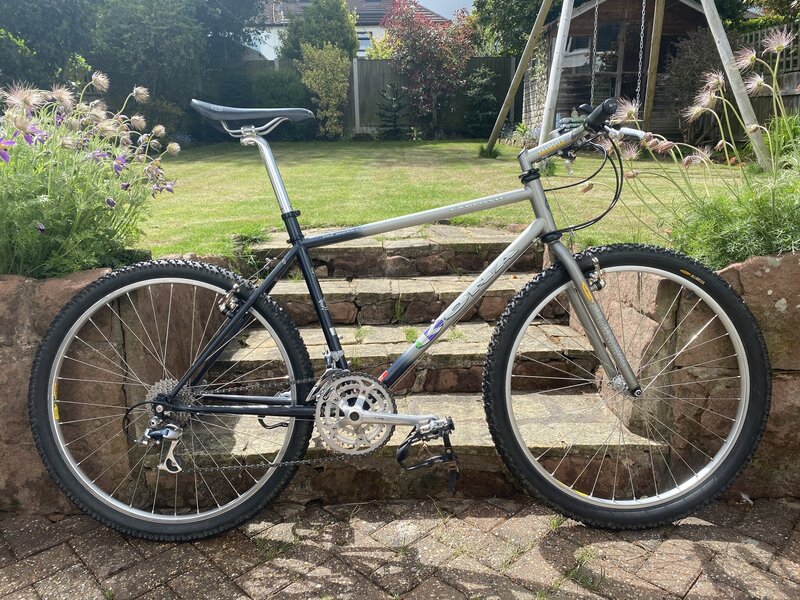 Spent the morning before work carefully unwrapping, putting together, replacing the RD cable and stripping/ re-greasing the rear sticking canti bosses.
Still hasn't been ridden, annoyingly, but popped into the garage to say goodnight to it and check that the P7 wasn't suffering too much envy. (weight envy maybe - the Kona feels a few pounds lighter TBH)

TO DO list:
Very sympathetic strip down, clean and re-build.

The bike looks great in the photo and is in amazingly original condition, although close up there are a few chips / rust spots and paint missing around the chainrings which are to be expected - she is 28 after all!
Just need to source some closely matched touch-up paint or get someone professional to 'blow in' some paint around the affected areas - if any members know of a good match or someone in the NW or near Liverpool who can help then please give me a shout.
There are a couple of rust-worms around the top/rear of the P2's which I hope to sort, but I made sure to thank the seller for looking after her so well. I'm now also a custodian of this bike after all.....
The saddle was in much better nick than the Ebay photos alluded to but I'd already ordered a leather reconditioning kit in advance. ( Thanks Peachy for the restoration thread info, and thanks FC for the thumbs up for my original post!)

There won't be much of a build thread I'm afraid unless anything interesting pops up as the bike's in really good condition as is, but I'll include before/after photos if anyone's interested.
On the flip side, if there are any early 90's Kona owners who have any restoration advice, or maintenance advice in general then I'd really appreciate it, thank you.
e.g. I went over the handlebars of my '88 MF Courier, rolled a few car lengths and bent my forks after removing the front reflector bracket, the front brake cable snapped and then the straddle cable thing happened.....
You know, that kind of thing.

p.s. The bike was advertised in the 1993 Kona catalogue with DiaCompe SS-7 brake levers but these are Ritchey Logic. I've seen a couple of photos on this site of '92-'93 Konas with Ritchey levers. What gives?
Last edited: May 11, 2021

thats a lovely looking bike. good year for Kona Just in time for the summer

You done good there it's an awesome bike. I need one

Just been for a quick blast and it was like stepping back in time.
Plenty of fettling to do but put a big smile on my face

Very nice, looks in great condition. One of the few bikes i am still looking for. Gladly this is not my size

The Ritchey levers are made by DiaCompe too, not sure if any bikes left the shops with them as standard or all were upgraded/changed. Personally i prefer them over the ss7, though i like the original all black ss5 even more.

We always like to see pictures so the more the merrier

Thanks mk one. Never knew about the Ritchey - DiaCompe connection so good on you for explaining.

Photos will follow. Due to time and space restrictions this will be a long slow burn done between rides as I just want to get to know her!

Cheers pazaudi. I like your taste in bikes, both those Kona's are decent and love the D.O.G.S.B.O.L.X.!
Clutching at straws but are you also an Audi fan by any chance?????

Pity, very nice bike (and currently on my 3rd of Ingolstadt's finest, but will leave it at that)
You must log in or register to reply here.

F
So I learned something today... Genius