Thought It's about time I started posting this project. I always wanted an SBike but wanted to do it my way so wasn't after a shiny one. So when WoodyUK had a 506 up for grabs in need of a paintjob it was ideal. 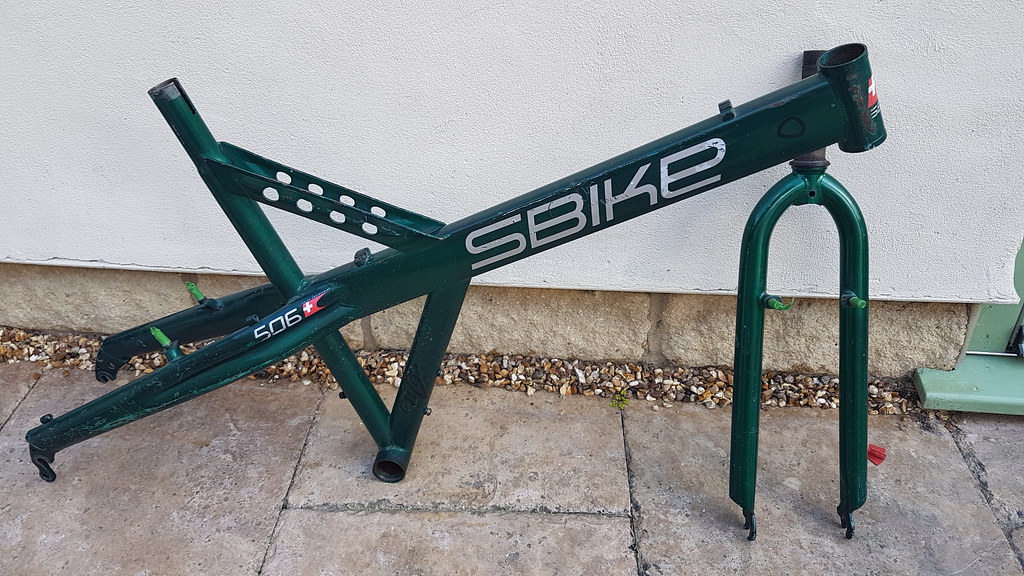 Had a small dint in the top tube but otherwise in good nick. Had a go with a paintless dent removal kit and improved the dint but it's not 100%. I've always wanted to do a Gulf themed bike so off it went to the powdercoaters. 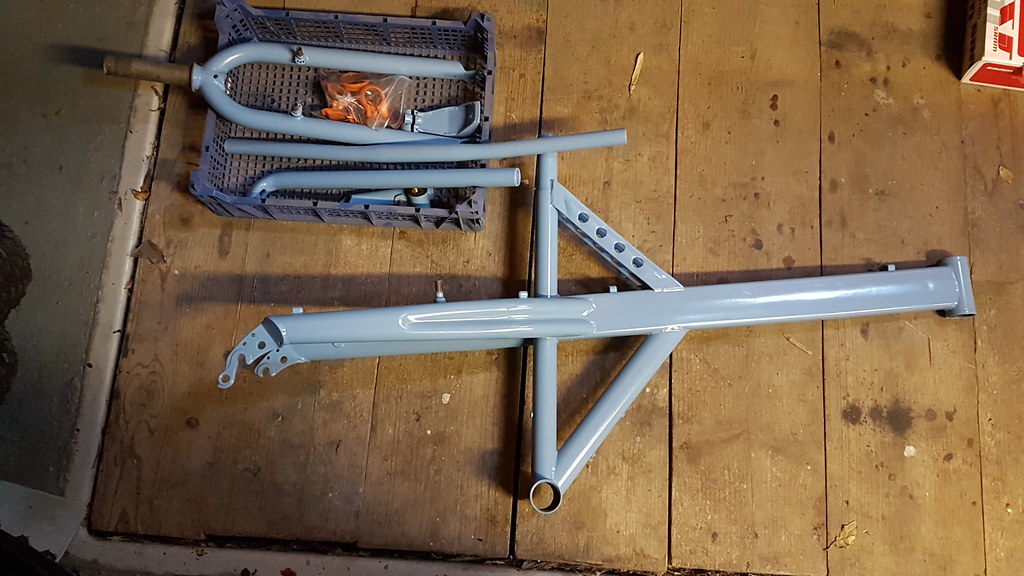 So put the frame together as a mock up 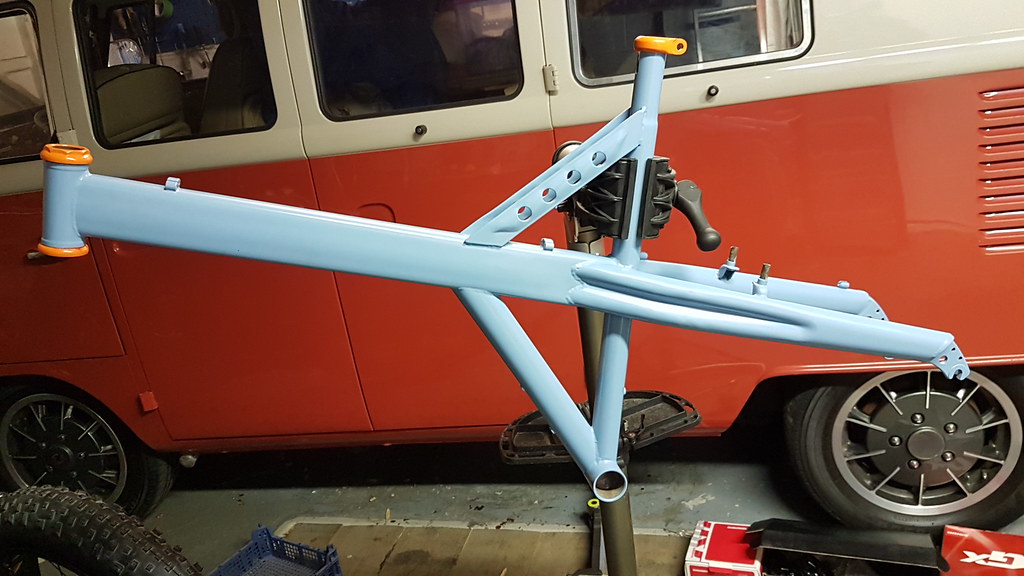 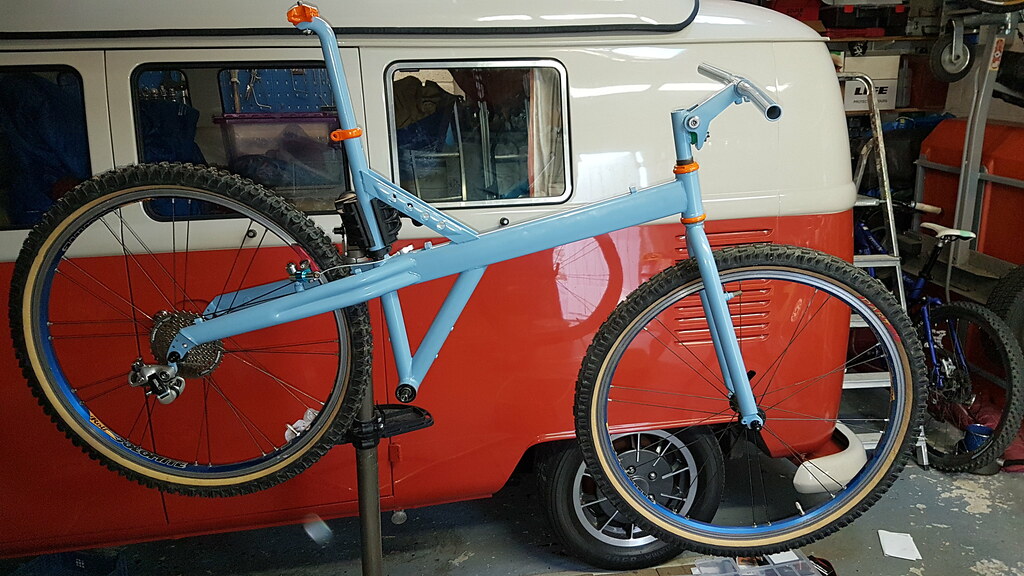 Need to lower the stem a little (I'll need to grind a little more powdercoat off (carefully!). I now need to find a good anodiser as most alu parts will be anodised orange or Blue. The wheels are Rolf Dolomites but the tyres will be changed to these: 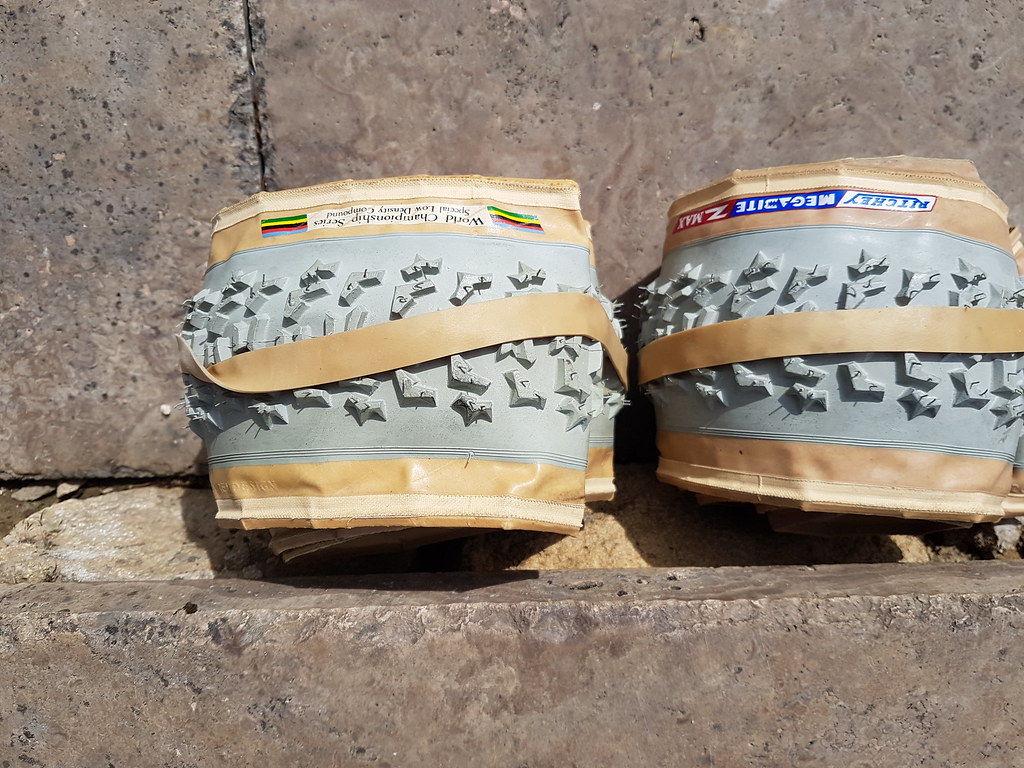 Have lots of parts stashed ready to go on but still a few to decide on. This will be a summer rider but also wanted to do a fantasy bike, so may be a bit too blingy for many peoples tastes.

I like retro transport in whatever form
Gil has made me some dark blue 506 decals which should set the bike off nicely.

That flex-stem is actually one of the last versions rather than one of the earlier ones. 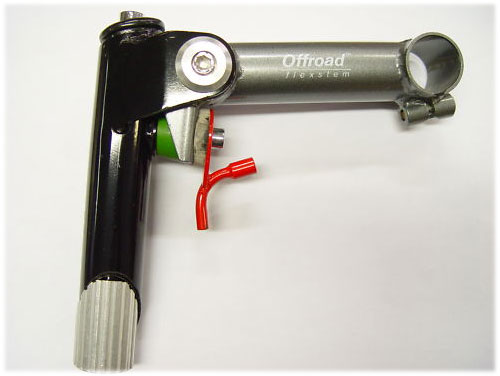 Fourth (although released at the same time as third gen, the quill is alloy compared to the earlier steel. There was also a titanium one using same quill)

Fifth (based on fourth but with ahead clamp and released a few years after forth gen): 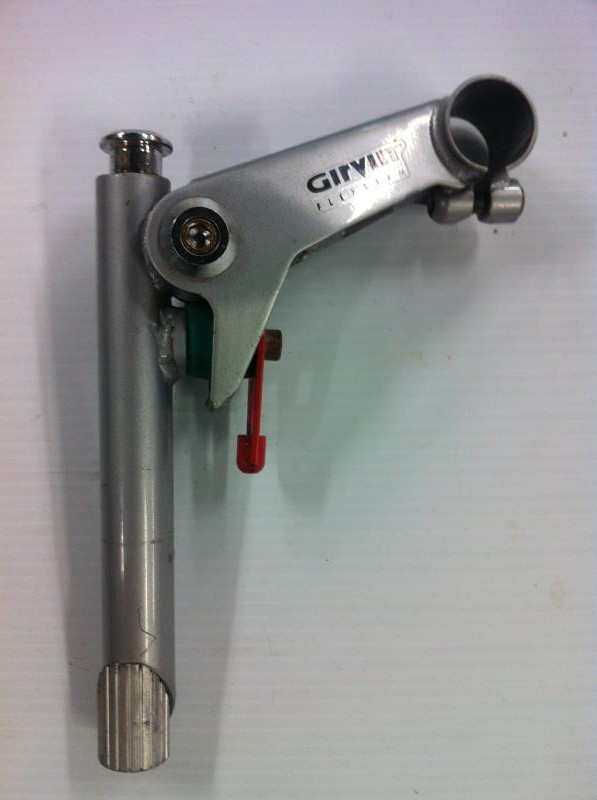 Ahh, thanks for the history lesson . Just liked the shape of the sixth gen one as I thought it matched the bike well. Even though it was NOS the rebound rubber seems to have perished but I am going to use skateboard truck rubbers to replace them which I believe have the same dimensions. And the alloy parts will be off to the anodisers soon for a bit of bling 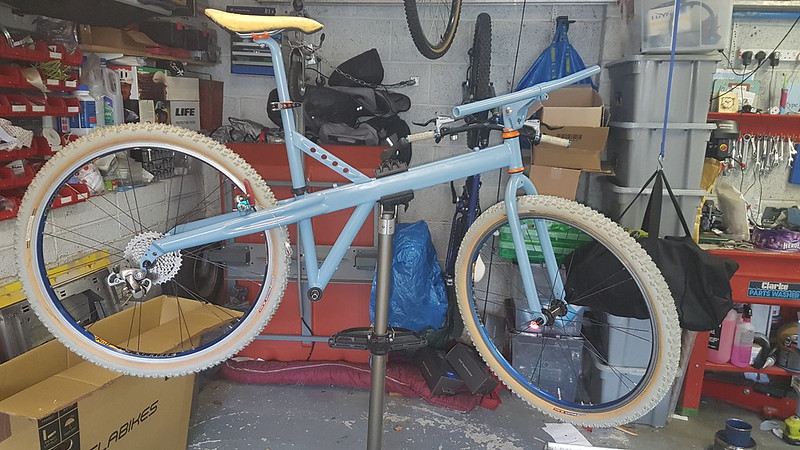 Changed the Tyres to the grey & skinwall Zmax's...definitely the right choice 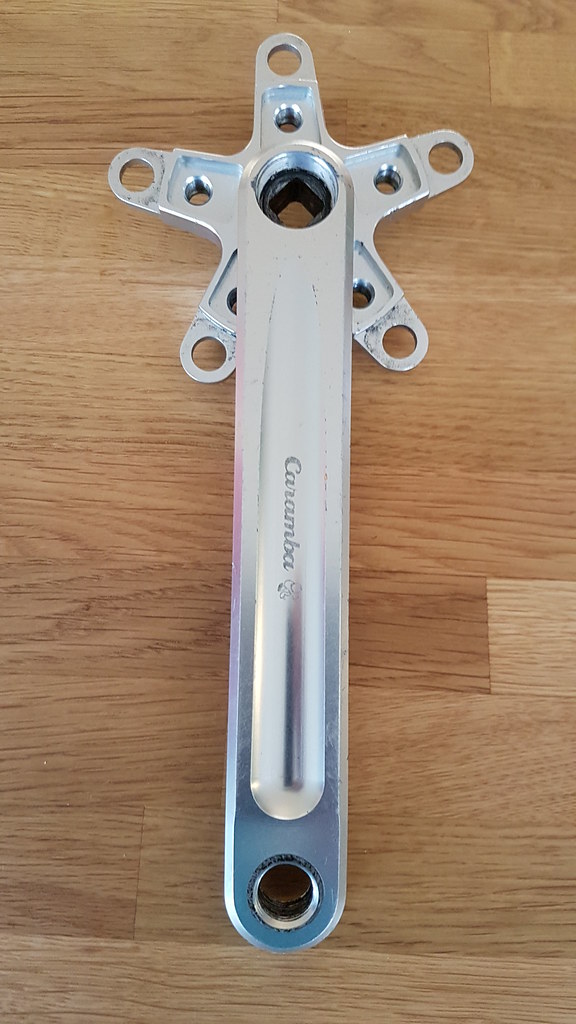 Need some opinions on colours for the above crank . I have 2 alloy chainrings on order and it's just a question on what should be what colour. I will be using a darker blue and orange anodise. I think I may leave the cranks as is but an orange spider and blue rings or the other way around I am not quite sure. What does anybody think?

You feel colour would be too much? Lots of other parts will be anodised those colours. What do you think to coloured crank bolts?
You must log in or register to reply here.