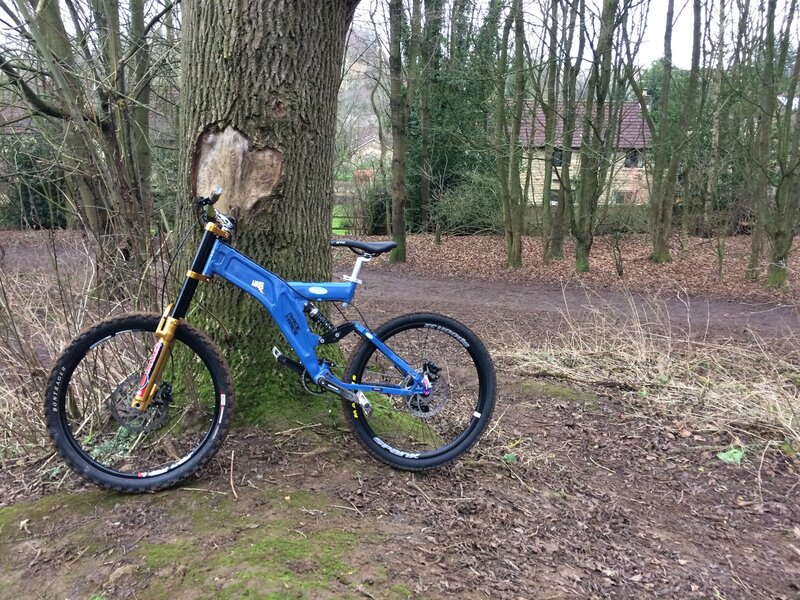 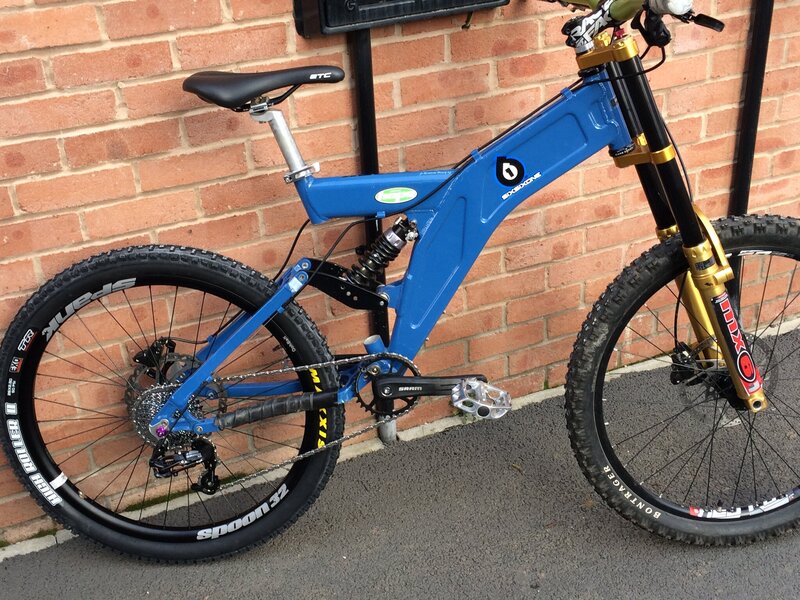 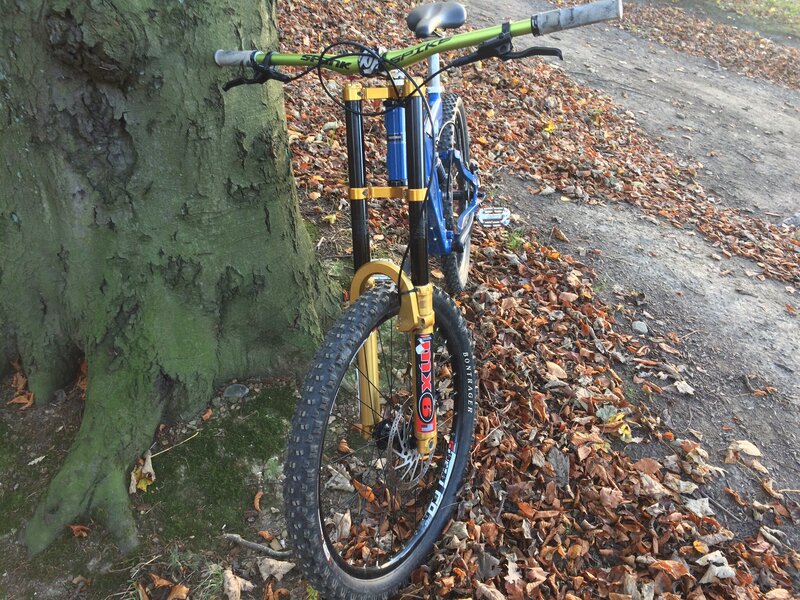 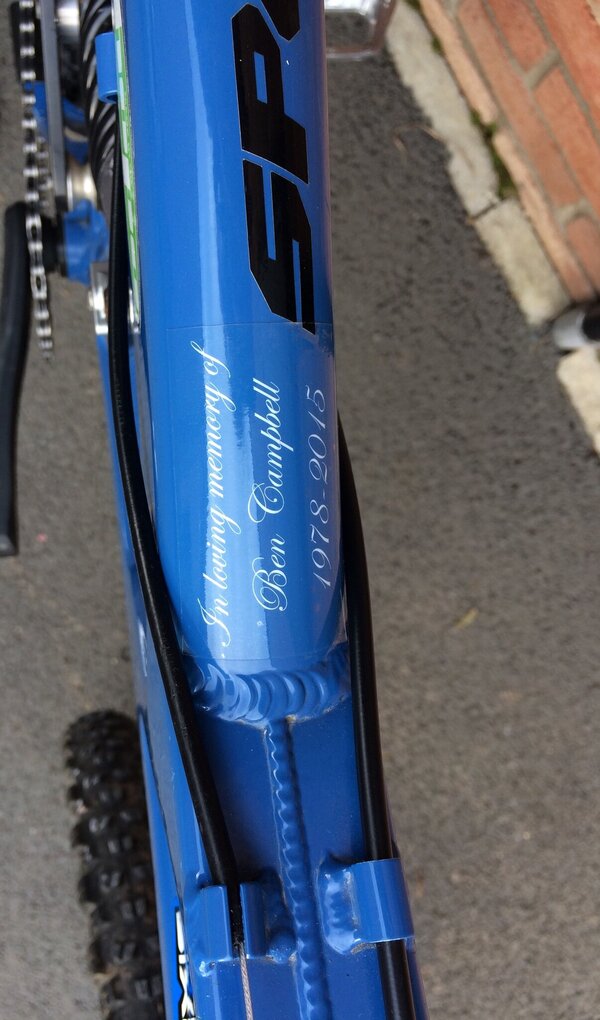 This is my dads 1999 Saracen Rush frame that came with a Stratos Helix Pro shock, Stratos MX6 forks (165mm travel), planet X seatpost, planet X stem (which we swapped because bar diameters have changed since then), and a cane creak headset. The bike sat for years and my dad never had chance to build it up, and since then he sadly passed away in 2015. In 2020 in lockdown my brother and I started to get really into mountain biking, and we remembered we had this frameset, so we got it out from storage and had a look at it and instantly decided we would build it up. We started to build the bike in November 2020 and have finally finished it as of early January 2022. Since on a limited budget the bike doesn't have top spec DH components, but we managed to get all the components to be mostly for enduro, but some for trail so at least the bike is rideable. We had the rear wheel custom built to the spec we wanted to make it as strong as possible and it is wrapped in a Maxxis High roller 26 x 2.3 tire. Also the front tire is a 2013 Bontrager Big Earl team issue (will be swapped to a Maxxis tire, probably a Minion DHF soon), which came off our dads 2013 Trek session 9.9 as he always used Maxxis tires. The bike has 26" wheels and rides well, but in the biggest travel setting (6 inches/152mm) the seat tube hits the rear tire when the shock bottoms out on big hits, so we run it in the medium travel setting (5.5 inches/140mm) to stop that happening. The forks leak oil like nothing else but that's typical Stratos for you, but they have good support when riding rough downhill tracks; definitely need to cut the seat post down a bit to as the seat gets in the way on steep trails. We put a few stickers on the bike of the brands we use, as the bike came with no decals at all. We have already taken this bike to Leeds Urban bike park, Stainburn forest, Kilburn, and plan to take it to Fort William later this year as well as other bike parks.

We built it up with modern components that were all brand new and from 2020+ onwards listed here:

coomber said:
That's brilliant
Those forks did that from new
Great write up
Click to expand...

MacRetro Rider
Not a downhiller but lusted after those Saracen DH bikes and enduro machines. They are just so burly looking and over the top almost Tonka toy like. Brilliant restoration and great to make it a usable shrine to your dad, he'd be proud and happy

The work you put into the bike and all the new memories you will form with it make for a very fitting tribute, it's lovely to think of two brothers working together on finishing something your Dad started.
You must log in or register to reply here.

D
Sold Bike Project Clear Out - Even more bits added and a bit of a price drop on some.