For Sale Raleigh Sports built from NOS parts with 1950 frame

Some time ago I bought a NOS Raleigh Sports frameset on ebay complete with label to a bikeshop in Southampton that had never been put together and over a period of time assembled a complete bike with all new parts. These bikes remained pretty much unchanged for decades so some of the parts will not have been made then but I believe are all pretty much as they should be.

The model I have replicated is the Southeast Asia market version with drum brakes, the new SA hubs are dated 53 and 56 and the wheels have been built with SA rustless spokes and what I bought as new rims from the chap in Athens who sells new Raleigh parts, my wheel builder thinks they were re-chromed at some point as the lettering on them is not as deep as it should be.

The chain is a Reynolds and the tyres are new Raleigh but probably not made in the UK, the gear shifter is from around 1956 and the clip is missing, the correct 1950 shifter cover is included but would need rivetting on. The steering lock works and has a key.

The paint on the frame is original and has a few scratches which I have tried to show but everything else has been recently powder coated. I have tried to sell this on Ebay with little interested, no idea how much it has cost me but a lot more than the £450 I am asking, I think it is worth that as a new bike let alone a vintage one.

Collection from East Devon is prefered, my local bikeshop will professionally pack and post but that will cost between £50-60 for mainland UK, any questions please PM me, if it does not sell soon I will reluctantly split it and keep what I might use selling the rest which would seem like a shame as it could actually be a good usable bike for someone. 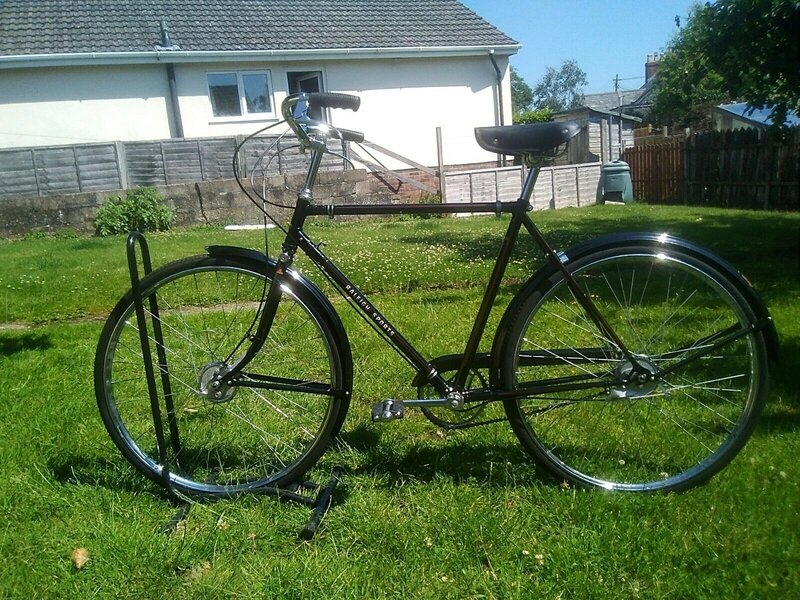