I often read through the forums here, but rarely post, so I thought that it was time to share the story of my oddly retro year!

So I decided to try and race everything on my Dialled Prince Albert trail bike, and whilst it was ok (qualified for a 4x pro tour round in Germany)

The interesting part (for retro bike readers anyway) is that I just used what I had left over from my mountain bike days, which were from about 2001 to 2005.

So the two race bikes were these:

A 2001ish Orange Patriot (apologies for the useless photo)

My now girlfriend races two disciplines. 4x and Downhill, so these were what I would be racing.

My first race was a double round of the 4x nationals in Bridgnorth. I entered the 'Fun' class as I didn't have a licence, and the Saracen got a few comments, questioning looks, and a bit looked down on.

But the old girl did me well, and I managed to get first place on both Saturday and Sunday, which was a huge shock.

The next race was another of the National 4x rounds at Falmouth. The old Saracen was out again, and although there was some tough competition, another 1st place came my way!

That finished the summer of 4x racing, but now the Downhill bug had taken hold!

I found myself driving a huge solo mission from the Midlands to Morzine to meet up with the girlfriend, and the patriot came along too!

I treated it to some goodies before I went. It had 780mm wide answer bars, a new Titec stem, Saint cranks and a fox dhx3 shock, as well as having a huge gusset welded at the front shock mount where I cracked it years before!

After an awesome week in France, it was back to the UK and an uplift day at Black Mountain. What an awesome place if you want to hit huge jumps. It was here that I destroyed my old mech, and removed 10 spokes in the back wheel!

More goodies needed, so a zee mech was ordered, and paired up with an old sram x5 shifter to allow for a 9 speed clutch mech. This is an awesome thing, and probably the best modification I have made!

Another day at Black Mountain followed and the big set of tabletops were conquered!

I even took the Saracen (as a spare bike) to black mountain, and gave it a few runs...that was settled..my summer 4x bike, was to become a winter downhill hardtail racer!

I managed to find some old Marzocchi Mr t forks with 130mm travel, a superstar chain guide, Shimano Deore hydraulic brakes and a set of Funn 800mm bars. The wheels were also changed to a D521 with a Rond hub in the rear, and a D321 on a Hope Pro 2 front. 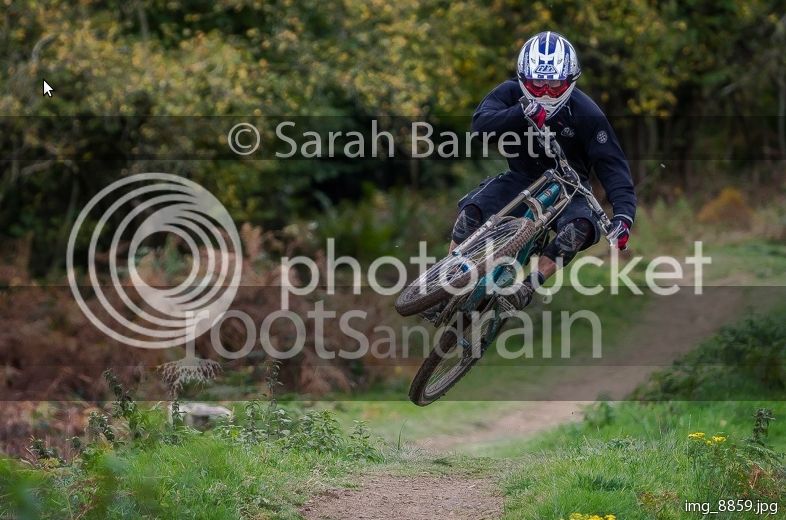 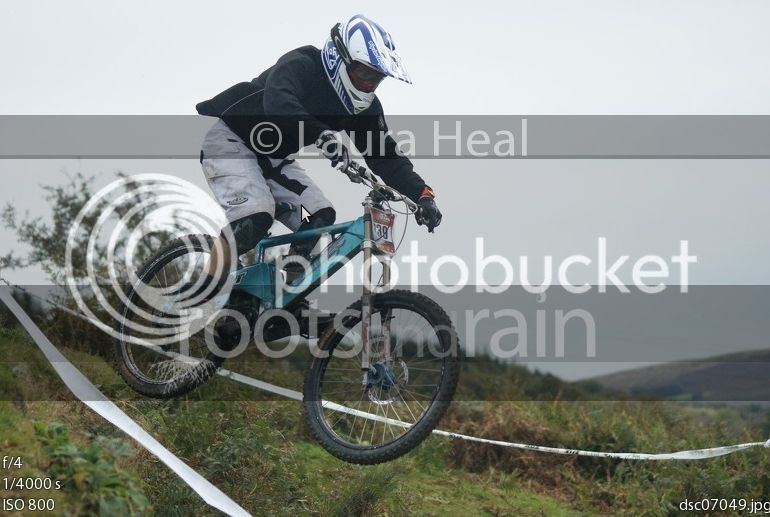 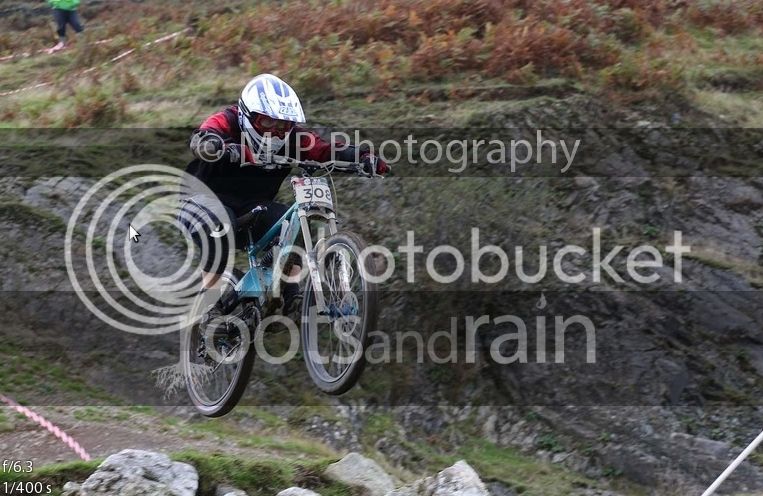 At these races, the Patriot again, was the oldest bike by about 10 years, and only had 5" travel front and rear. My aim was to stay out of the bottom 25% in the senior class, and I did!

More uplift days followed, and then the chance to race the New Quay Urban Downhill!

This was the Saracens chance to get some downhill experience! I entered the hardtail class, and again managed 1st place! That makes it 4 races 4 wins on that 14 year old Saracen! 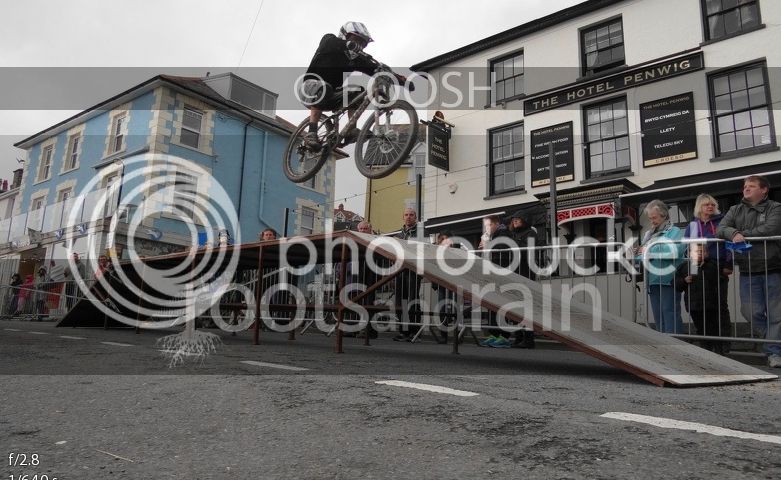 Now for the winter series at the Forest Of Dean on the Saracen, and to sort out my new proper Downhill Bike.

Can you guess what it is yet?

And if you got this far, and read all of my useless waffling ...congratulations.

Congrats on your wins mate, it shows that true skill and a tough classic pair if bikes is far more important than the latest tech

Winning races and a lady that shares your passion, one lucky guy!

Loving your attitude, looks serious enough, coming first on an old bike is priceless though!

Brilliant-a match made in heaven (the missus and the bikes!)

Great story. Don't let the modern marketing men get their claws into you. I love smashing it past the full carbon body armoured types on my 15 year old Spooky, but you're clearly a class above.

Nice reading this, it just goes to show that you don't need the latest kit!

I wouldn't worry about people looking down at the Saracen, it's a cool little beast and a winning machine!

It's a great read, one of the best, looking forward to more updates mate!
Really inspiring
You must log in or register to reply here.

D
Stiffee HT vs Stumpy FSR. What would you do?