I'm having troubles lacing 1st generation Pulstar hubs with some rims (32-hole Ritchey Vantage Comp). As stated by Sheldon Brown, the key spoke is a trailing right side (DS) spoke: The key spoke will be a trailing spoke, right (drive) side. No problem inserting the 7 other trailing DS spokes. Problems arose when inserting the trailing left side (NDS) spokes. The machining of the Pulstar hub "flanges" make it impossible to insert them right (i.e. clockwise) to the trailing DS spokes, as explained by Sheldon Brown: If the key spoke is next to the valve hole, insert a spoke into the left flange so that it lines up one hole clockwise (when viewed from the right/drive side) of where the key spoke exits the hub flange. I'm forced to let them go left (i.e. counter-clockwise) to the trailing DS spokes. Once all the leading DS and NDS spokes are inserted, the valve hole is not between parallel opposite spokes, as it should. And because of the rim hole offsets, I can't simply shift everything (one spoke counter-clockwise or three spoke clockwise in the below picture): the NDS spokes would then be facing the hub DS flange and vice-versa. 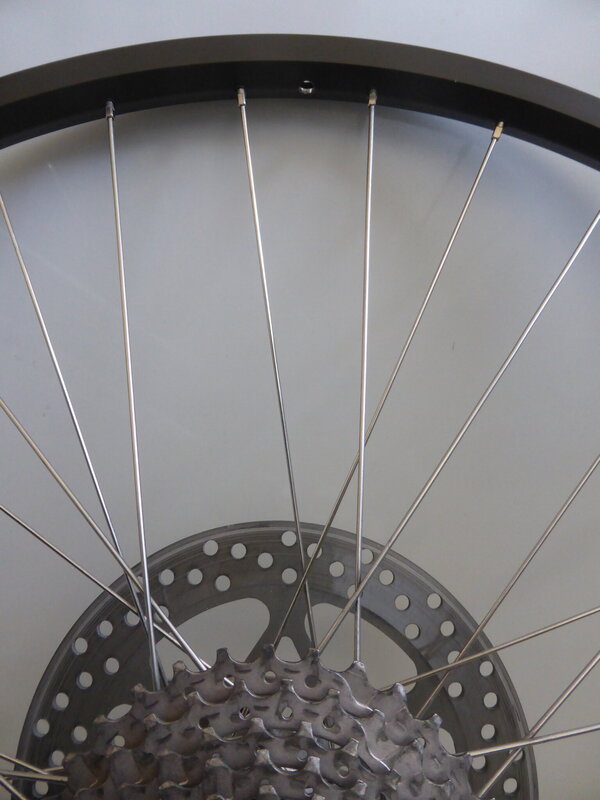 By contrast, I made a quick simulation with a similar Pulstar rear hub and a spare 32-hole Mavic M231 rim. No problem, the valve hole would be correctly located between parallel opposite spokes if I had the wheelbuilding completed. 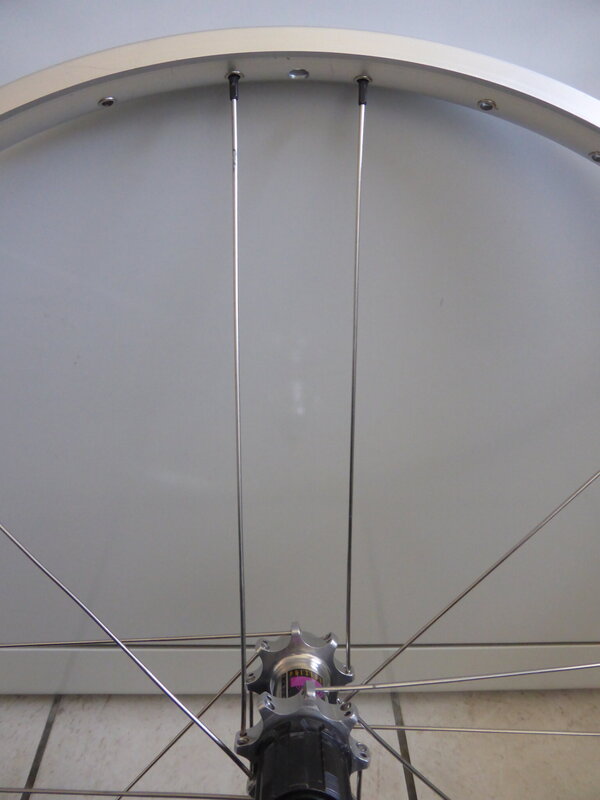 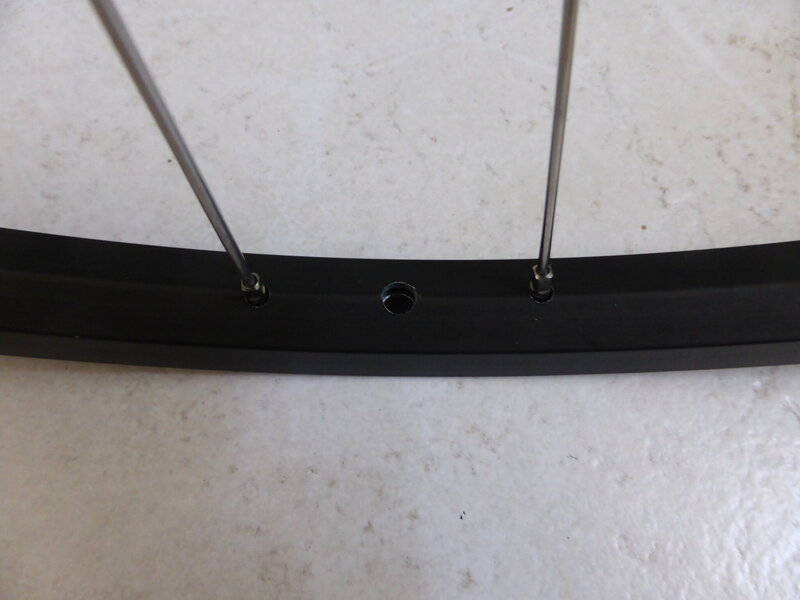 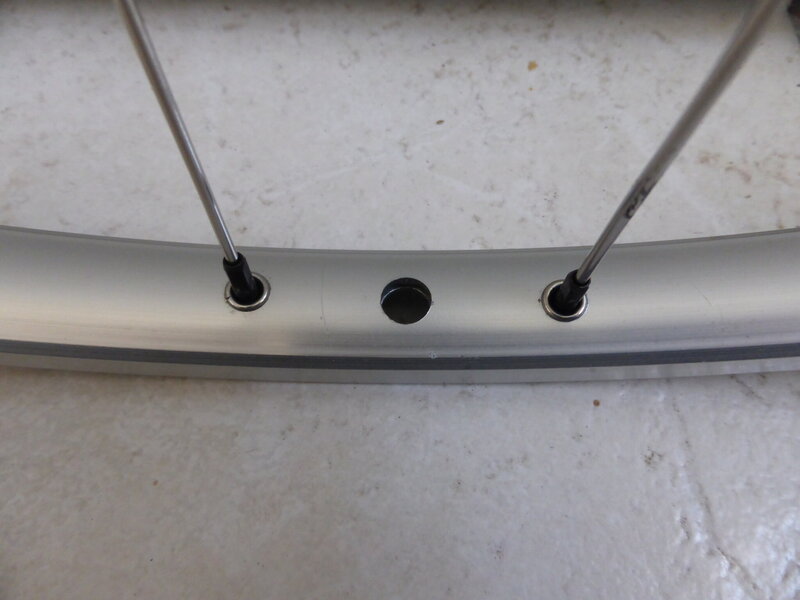 Question is thus: Are Pulstar hubs "compatible" only with "some handiness" drilled rims (per Sheldon Brown, nobody took the risk defining what is "left handed" vs. "right handed": Which type is "right handed" and which "left handed"? I have never met anyone who was willing to even make a guess!) or is it just a cosmetic acceptable issue for wheelbuilders not to have the valve hole always between parallel opposite spokes?

Thanks for any input.

Just turn the rim over. The sticker will then be facing the other way, which depending on which way it is facing now, will be the "wrong" way... if that's a problem, just remove it, or you might even be able to remove and restick... or get a replacement. or just put up with it...

it's just cosmetic, wheels do not have to be laced with the widest spoke gap at the valve hole. I've seen plenty of rims not like that.

Minor annoyance, but the wheel will be just as good.
F

Thanks everybody for the feedback. @foz, turning the rim over won't change anything: the hole offset is symmetric

yes you are correct, complete brain fart on my part there

I had this exact same problem with a set of wheels a few years back and I can't remember how I fixed it. No need to as has been said, but I like things to be "correct" ... I can't visualise it now, but I think the solution was something like swapping the leading / trailing spokes in the holes in the rim... There is definitely a fix!
F

I'm sure you can fix this with "standard" hubs as the spoke angles is free, so you can point them in any way you want. But with Pulstar hubs, the spoke direction is imposed by the machining of the flanges; that's why I can't make the trailing NDS spokes go to the right of the trailing DS ones as I would. They're pointing toward the left, in fact to the left of the valve hole for the first trailing NDS spoke.
F