Good score the spec can be found in the RB archive here... http://www.retrobike.co.uk/gallery2/v/M ... h.jpg.html

Looks like it's had a couple of upgrades over the years, should be a good rider.

The DHL driver is heading to stop17, l’m stop 21. I’m quivering with excitement. Pictures and initial impressions to follow.

It arrived well packaged in a Carrera bike box. 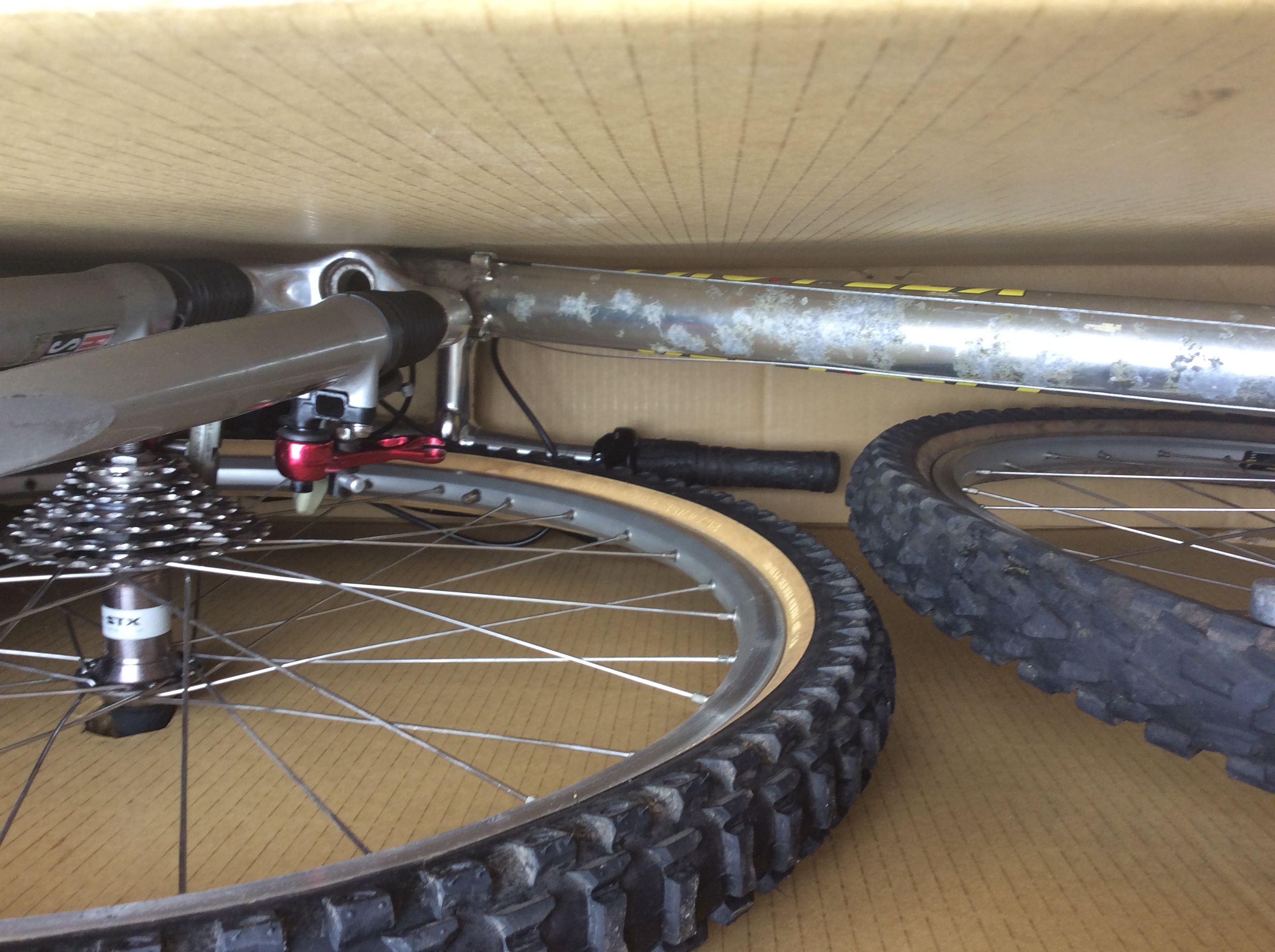 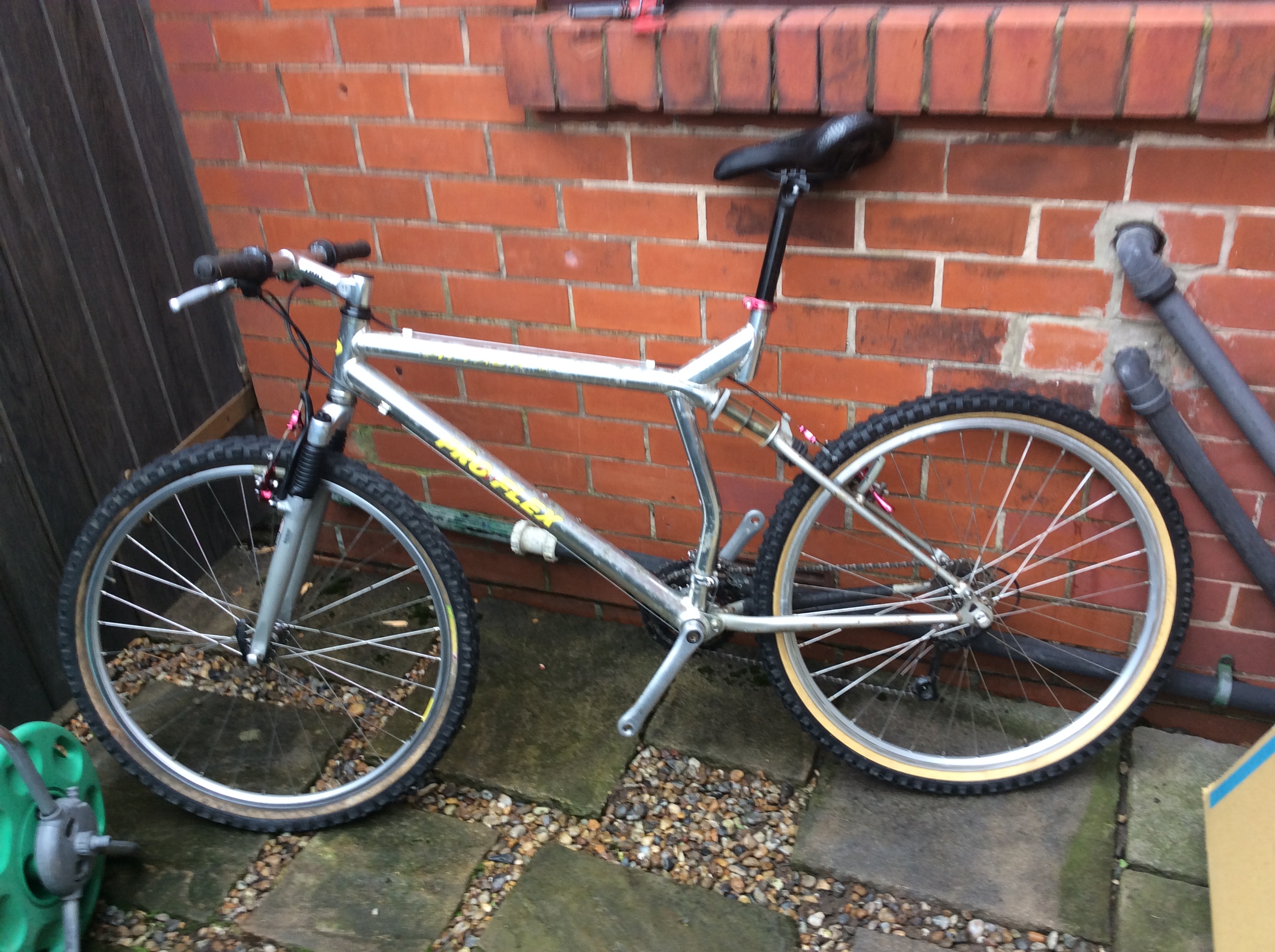 Everything was in order. It even had a new inner cable for the rear mech. Thanks, Tim. The seatpost was far too long for my stubby legs. Pity but if I am to ride it I needed to lop a length off. The picture above is before the modification. 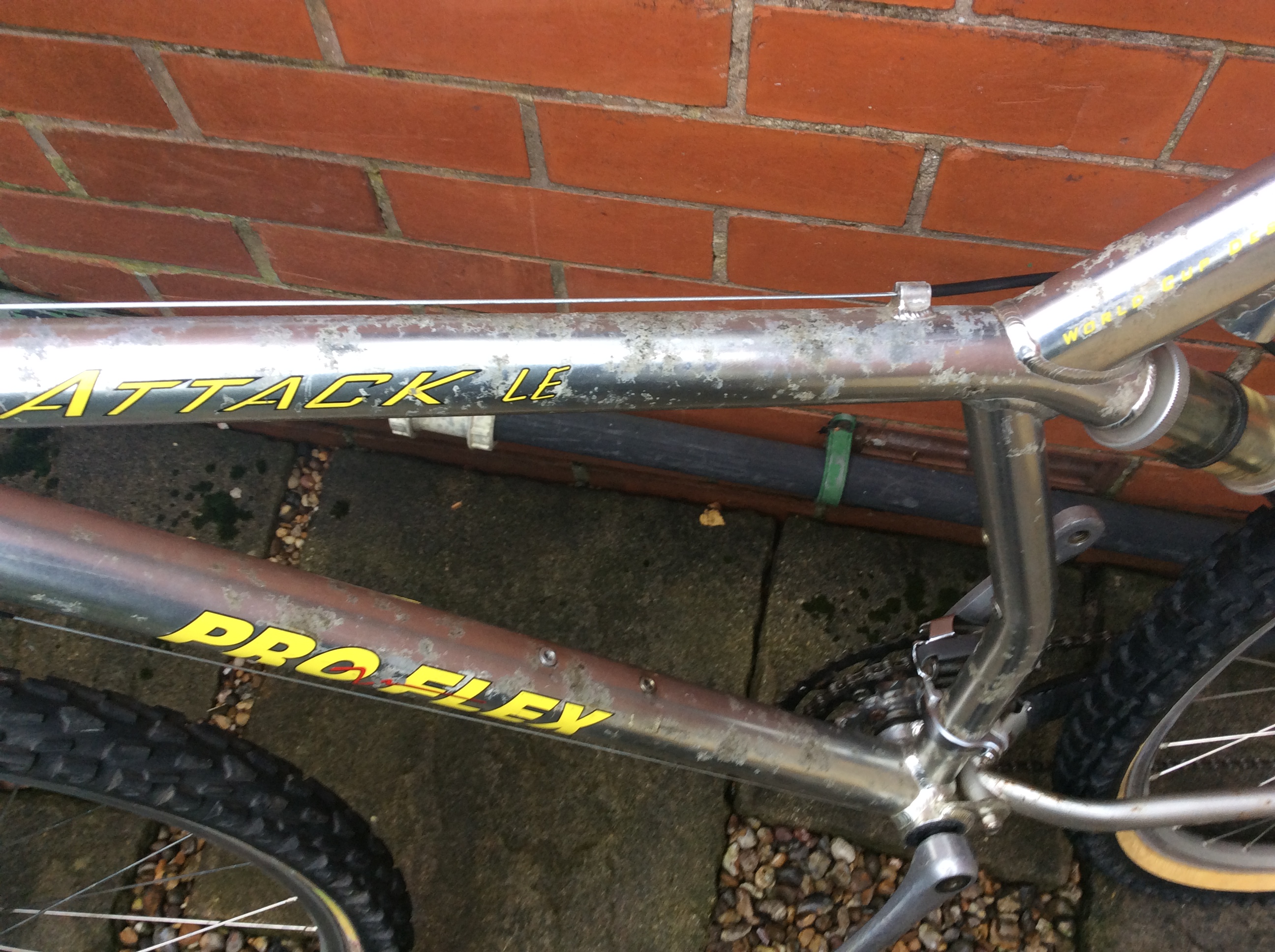 The anodising May have suffered over the last 23 years but at least the rims are like brand new and the rear elastomer has been replaced with one from suspensionforkparts. The Velociraptor tyre look Good. The saddle looks new and the brake pads are hardly worn. The grips need gluing in place since they’re really loose. I’ve never owned a bike with gripshift! It was easy to get the gears shifting crisply and the cantilever brakes are surprisingly good in dry conditions.
What struck me first was how low the bars are, placing a lot of weight on the wrists and leaving your head much further forwards than on a modern bike. My Whytes are much more sit up and beg but they were noted for being high in the handlebars back in the day.
The suspension does feel more like a soft tail than a full suspension, just riding around in the road and up and down kerbs. I feared the RS Quadra 5 forks would be the worst feature and maybe they are! The movement is notchy just as it was on my 1995 Quadra 10s, which were basically the same fork. I’ll be acquiring a suitable lube for them to try to improve matters but they don’t need replacing as I’d feared.
Can’t wait for an off road ride and will probably start at Birkacre which is fairly smooth with little in the way of berms. After that I’d like a blast around the man made red graded route at Healey Nab. I think that’s about as tough as this bike will take, though I suppose 23 years ago I would have ridden anything on it. It’s me, not the bike that’s at fault, there. 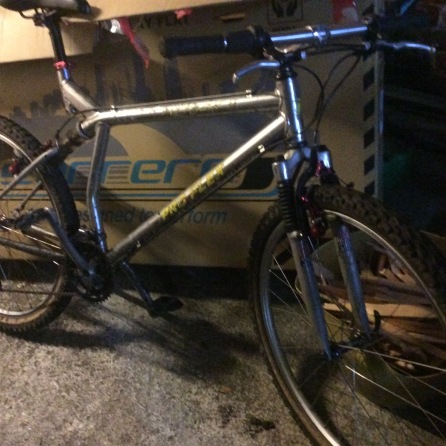 Well, I've ridden it off road. I felt stretched out by the low handlebars on my way to the trails. A bit of tweeking of the gear cable tension and I was feeling comfortable enough. The first trail is a dirt road with a rocky, hard packed surface. Into the first right hander and I'd taken a lot of speed off. That wasn't enough to stop the front wheel skittering around on the small bumps. The back end, meanwhile, felt planted. I had found the achilles heel straightaway. The fork felt OK just squidging it but in the real world it was letting the rest of the bike down.
I rode down to Birkacre which has plenty of twists and turn with various, mainly gentle gradients. I was enjoying slithering around in the wet conditions but came unstuck on one of my last corners before returning home. I braked for a right hander and felt I was allowing it to drift out too far before the exit. I tucked it in a bit tighter and the front just went. I scuffed my thigh and took a chunk out of my forearm. They both heal but I also had to suffer the indignity of being asked if I was OK by a few onlookers. Thankfully it's no longer summer so I'm wearing long sleeves. My wife might not even notice.
On the way home I noticed that my weight was compressing the fork maybe half way, after which it takes a much bigger effort to compress it through a distinct notch.
Back home I twiddled the preload adjusters and set them to maximum. I compressed the fork hard and the left hand top cap flew off, the elastomer hitting me in the chest.
I have work to do.
J

Sound like you have a bit of work ahead of you.

Watching with interest
You must log in or register to reply here.