The last parts have arrived so it's been a busy weekend.
Frame, bars, headset, seat and post, calipers and wheels have remained. The rest got swapped.
So I now have end to end Shimano 105 5700 era, with compact hollowtech2 crankset and the GS mid-cage rear mech. The cassette is still the nine speed HG50 in 11-30 which may get swapped for a 10 speed 11-32 eventually. 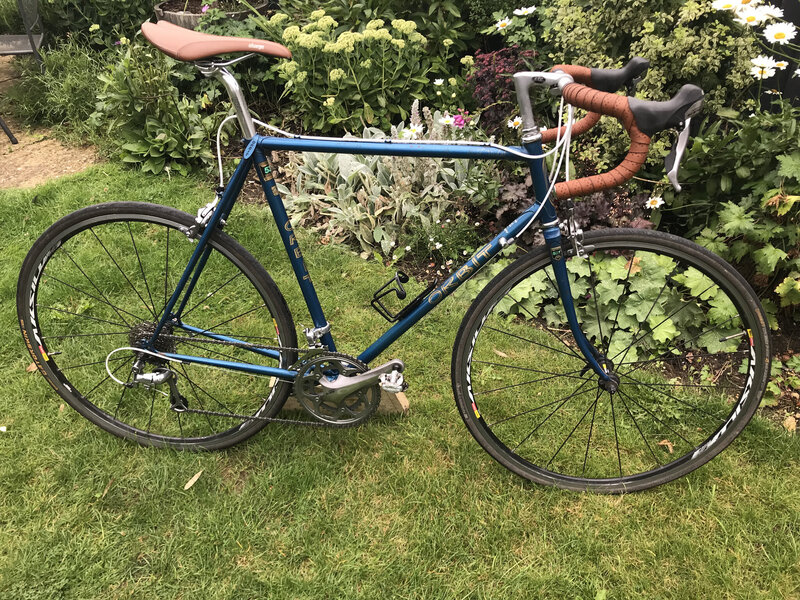 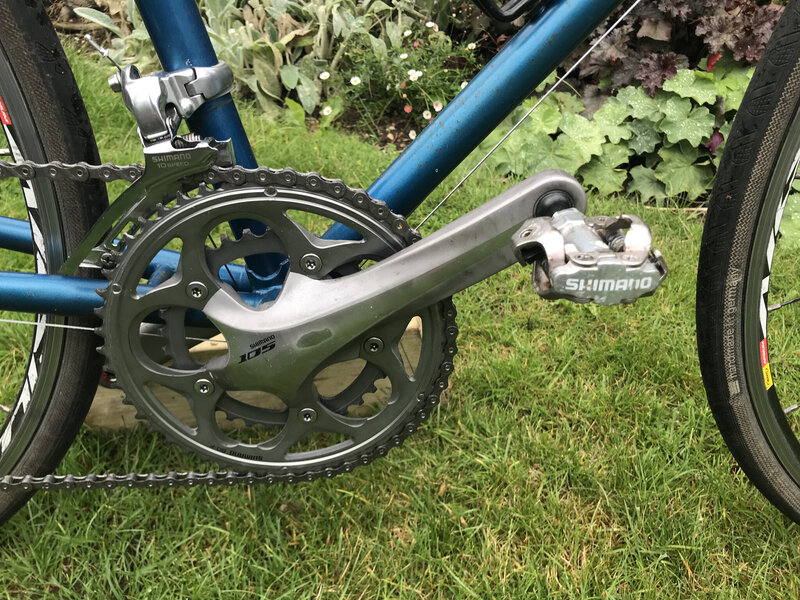 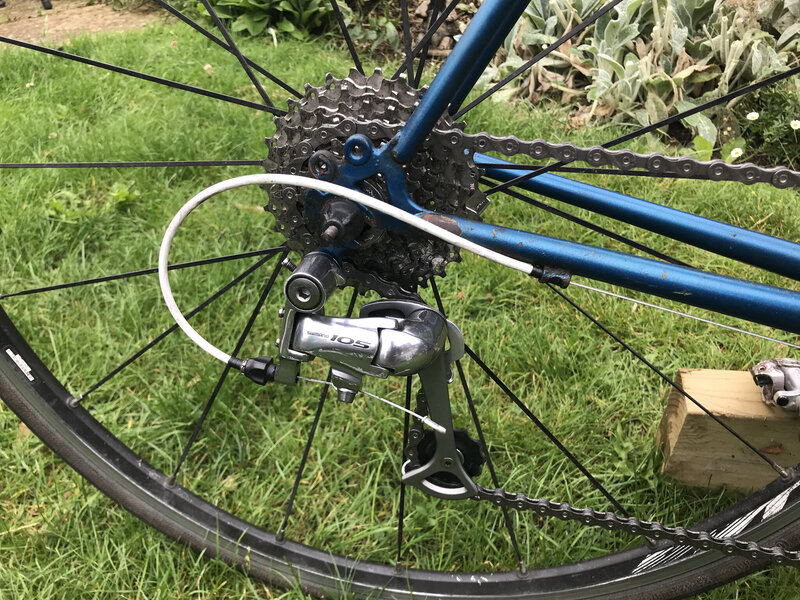 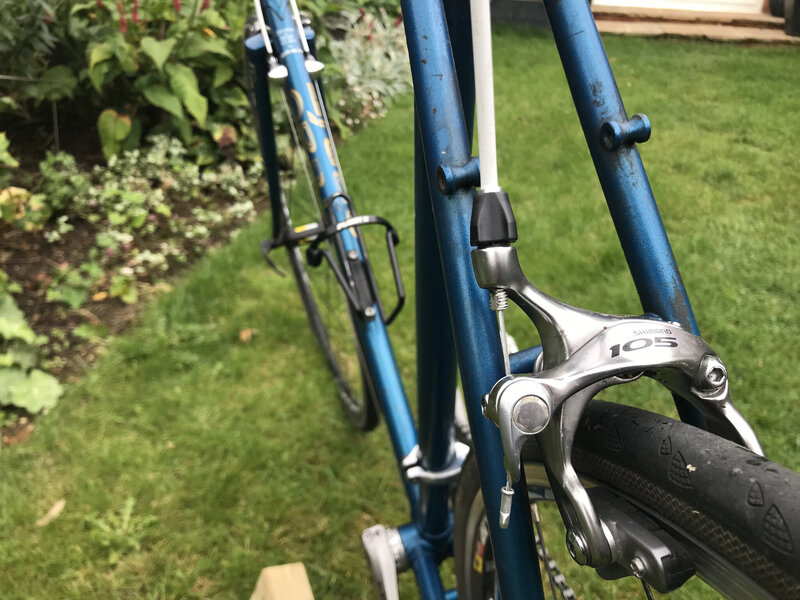 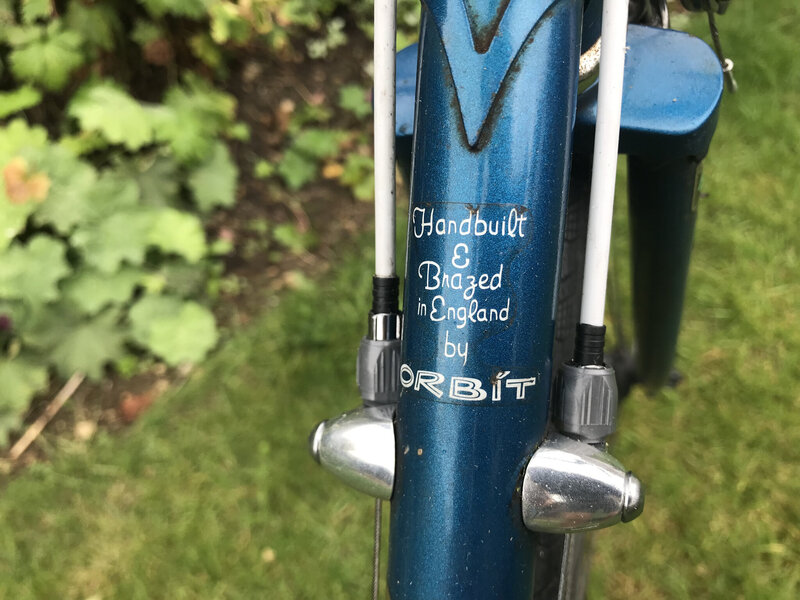 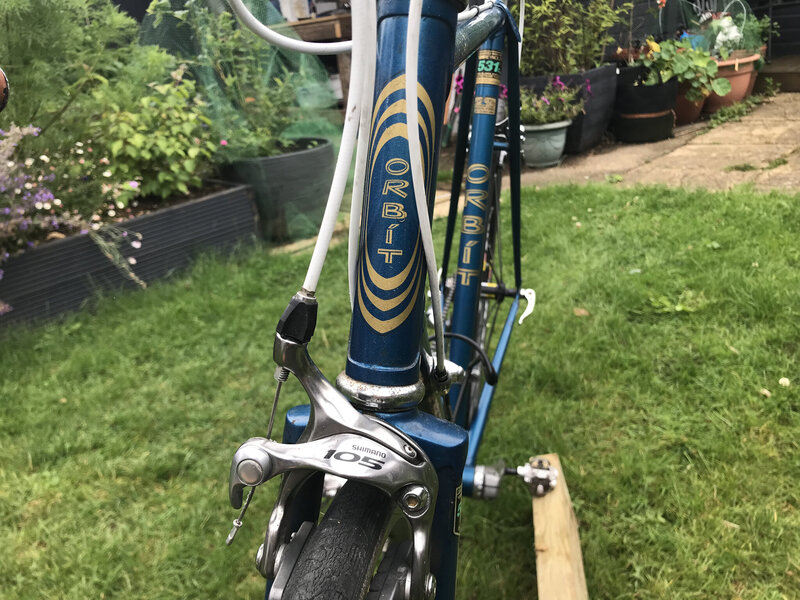 At the start of proceedings yesterday morning, the bike weighed in at 9.97kg with downtube shifters and and a square taper triple. At the end of the build it came out at 10.04kg. That's not bad at all, and stays around my target 10kg.

I had two short rides out today and it has really made me smile. Safe handling on some of the sketchier roads around here, and very fast. It just seems to gather pace really easily and I've posted multiple PBs over and above some quick rides on my modern carbon roadie.

From here it's going to be detailing with a more thorough clean and polish, and just enjoying it. Eventually I will get around to the ten speed cassette, possibly going to 28mm tyres (currently 25s) because there's plenty of room in the frame geometry (unlike the carbon bike), and then there's the big question on the paintwork. There are a few patches of surface rust, take a look at the rear stays for example, so I could find a near match and touch them up piecemeal, or go for a proper shot blast and powder coat. I'm going to park that for a while, plenty to do and enjoy for now.

Nice , rear end has extra brazing for rack as well as mudguards. Would be called a demi--course back in my day.

Midlife said:
Nice , rear end has extra brazing for rack as well as mudguards. Would be called a demi--course back in my day.
Click to expand...

Yes, that’s one of the nice oddities on this frame. I understand they were sold as tourers and yet had 531c throughout, so nice and light and with a geometry that suits someone of my age. I think it is the most comfortable frame I’ve ridden in ages.
You must log in or register to reply here.

B
Another mystery bike to identify
2