Well I bought it ... Some of you may have seen it for sale. Rather surprised I got it for what I did, but I think most didn't know what it was. I knew part of the story so I made a small gamble and tossed a bid at it.

Going to nerd out on this ... Excuse the long story.

Most know Serotta made the T-Max, Ti-Max, Colorado ATX, etc starting around 1988. These were production frames out of the Saratoga shop. Serotta also made some frames for Jamis, Off-road, and some others around the same time.

What isn't as well known is that Serotta was building Mtbs in the early 80s with the rest of the early mtb builders. There isn't much info on these early bikes. They are mentioned as "available" in the early Serotta catalogs, but they were all custom creations for people. Serotta was arguably "the" American bicycle company in the early 80s building road frames for many top riders. They didn't need to push the mtb side of things and mtb was no where near as popular as on the west coast at the time. However that doesn't mean bikes weren't being made and some very nice ones.

There is mention of a Serotta Hurricane MTB around 1986-7 (I've never seen one).

There was a trekking style bike. This is a refurbed one (almost exactly like the Serotta made Scott snow bike also sold) 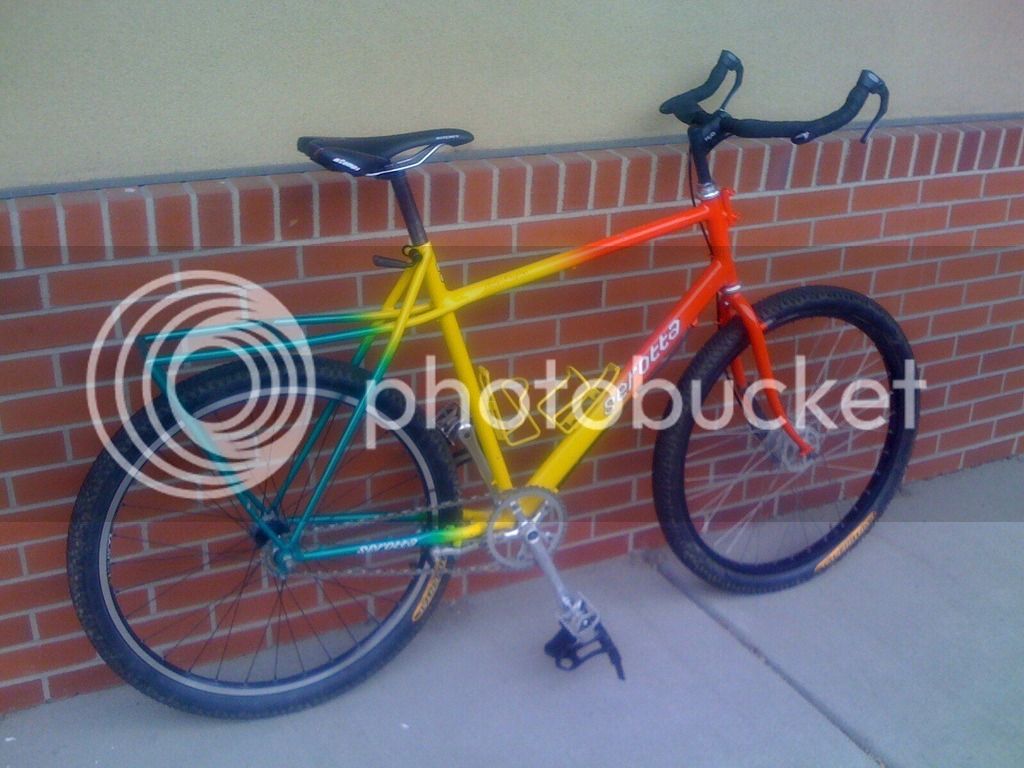 And then there was the Adirondack. An ornate, high-end mtb designed to offer a bit of flex to the rider. This is the earliest mtb mentioned by Serotta. I had never seen one before this one showed up for sale. So that's what I knew going into to tossing a bid at it. Like I said - surprised a won it.

Now the story get sort of sad. You may know that Ben Serotta was, rather cruelly, tossed from the business he started in 2013. You can look the story up - it's crappy. The seller I got this from has been unloading a pile of special Serotta frames and bikes that were hanging on the Saratoga wall of fame. I guessed this was one of them. I was right ...

Post purchase, I got a hold of two of the 3 main guys at Serotta (Bedford and Kirk - very helpful). They confirmed that it was an Adirondack. Bedford recalled that he saw the bike nearly everyday as it was hanging on their factory wall with all their customs, race winners, and prototypes. He also confirmed that this frame was brazed by Ben Serotta himself. Given the build quality, lug work, and unreal paint it's likely the first one. A prototype for a bike show.

As for a year - best guess is now 1986 based on the tubing. I have a note into Ben, but he's unlikely to check his fb messages.

More info (maybe some corrections ) to follow. It's beautiful. 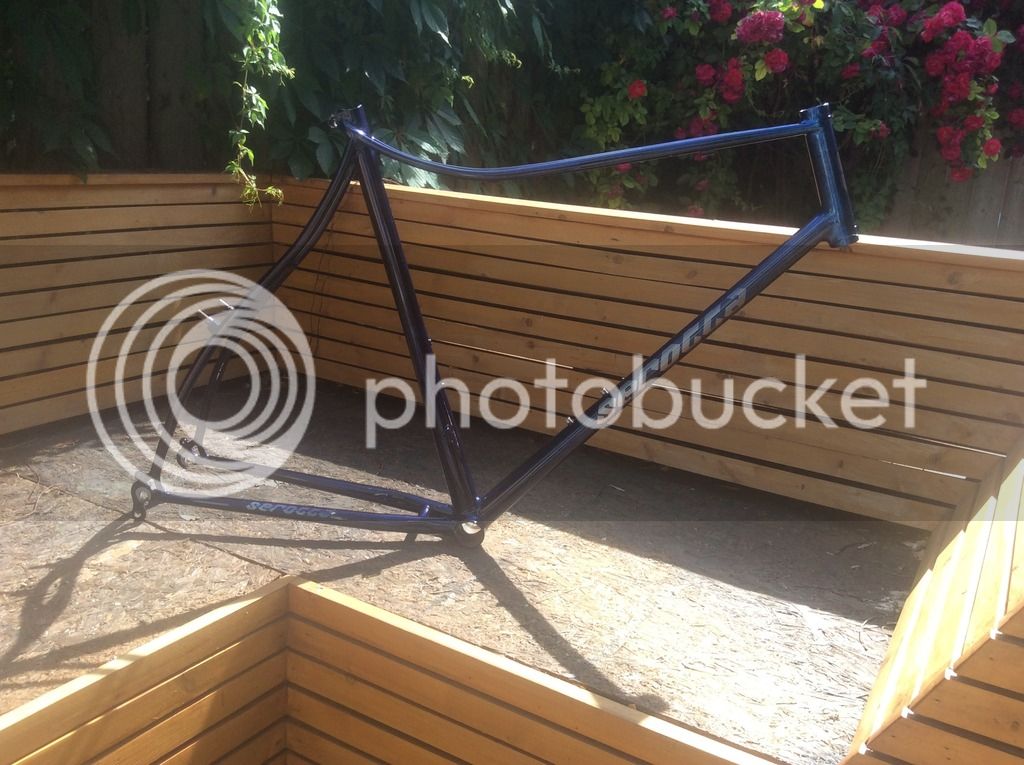 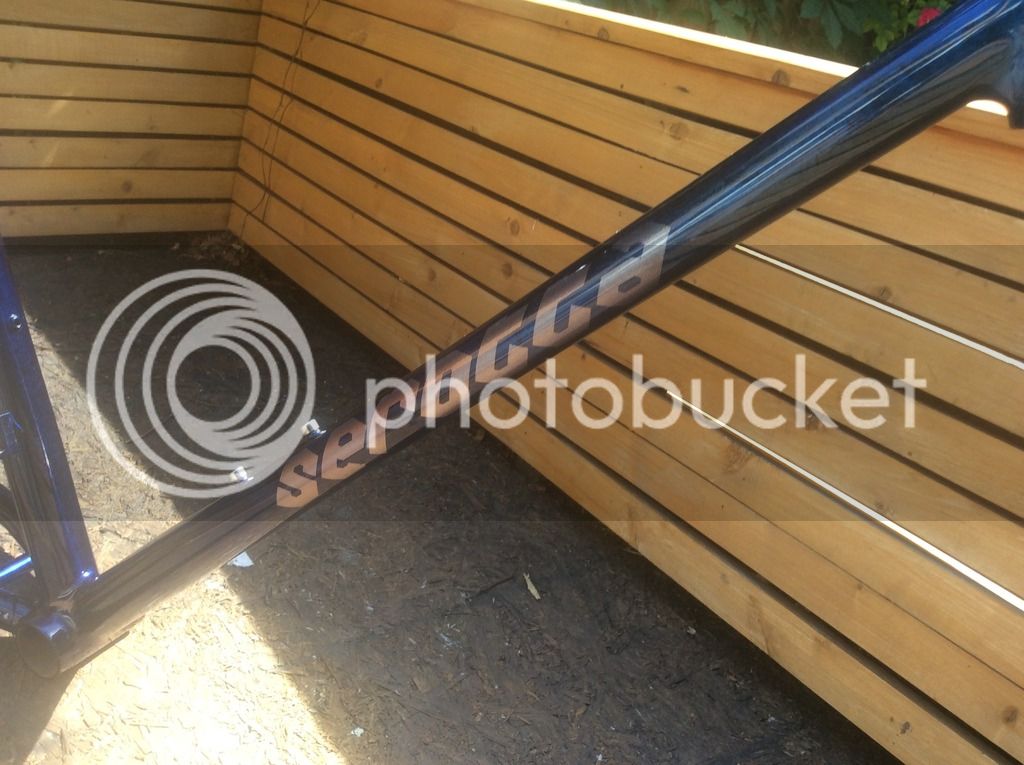 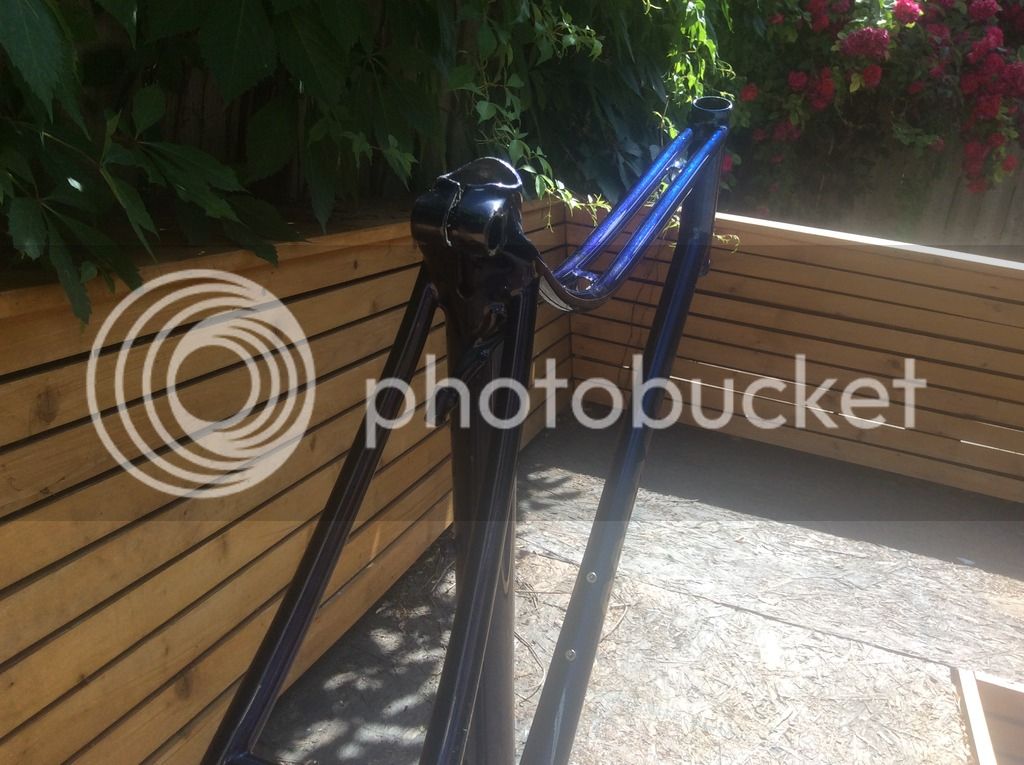 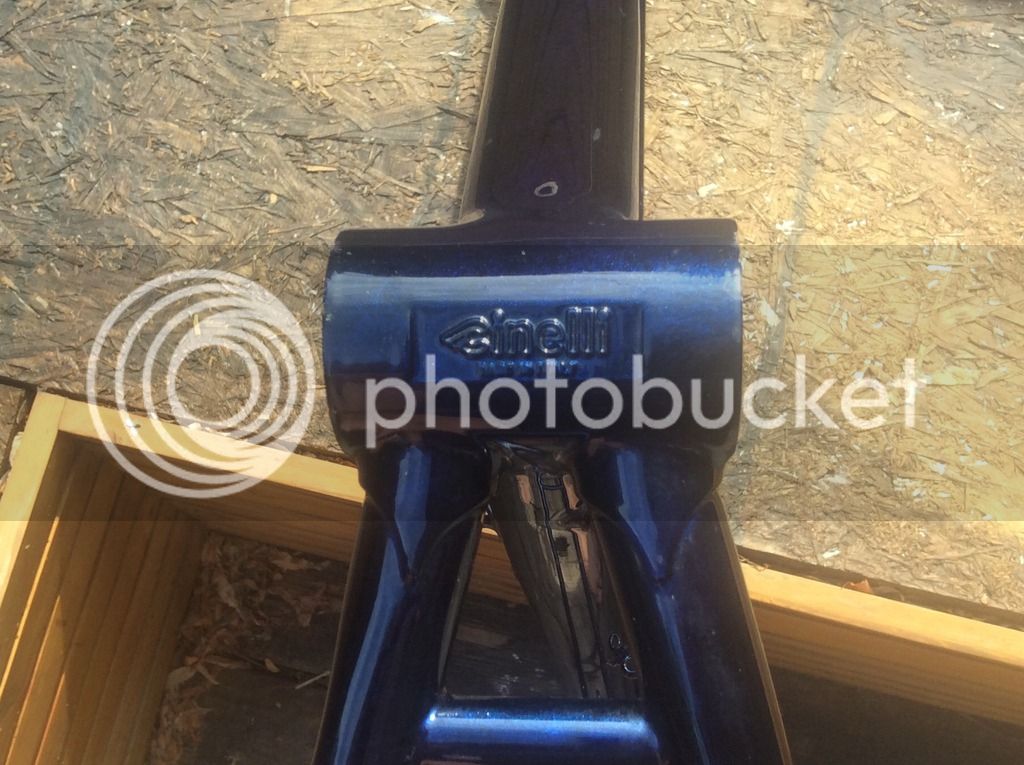 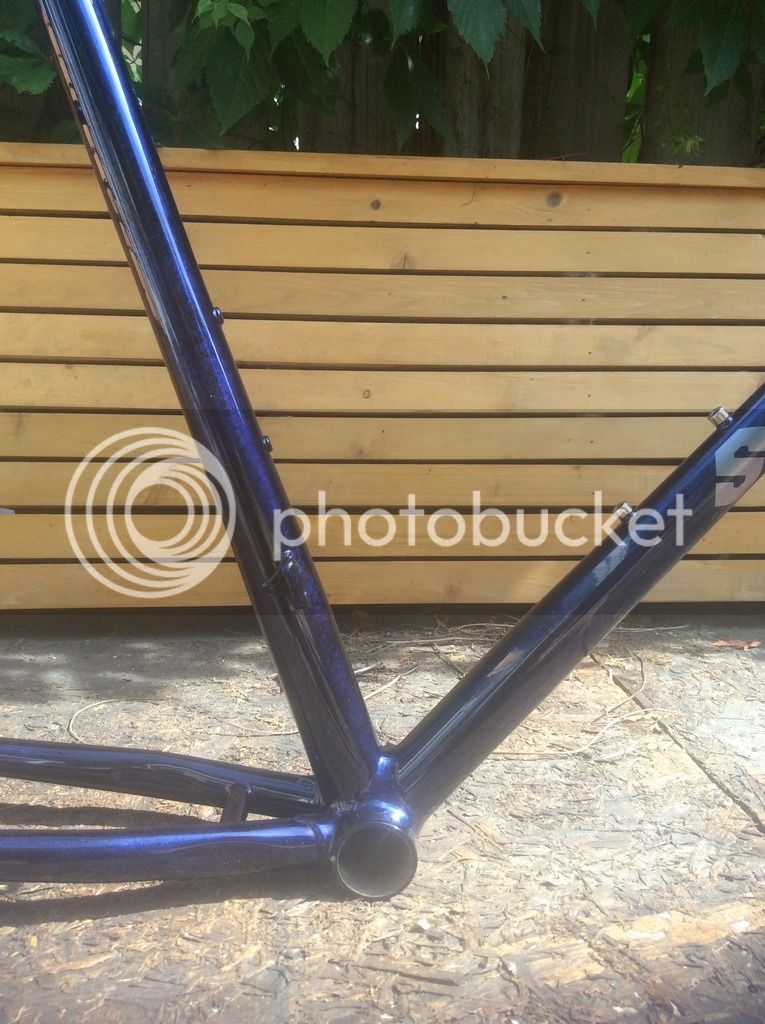 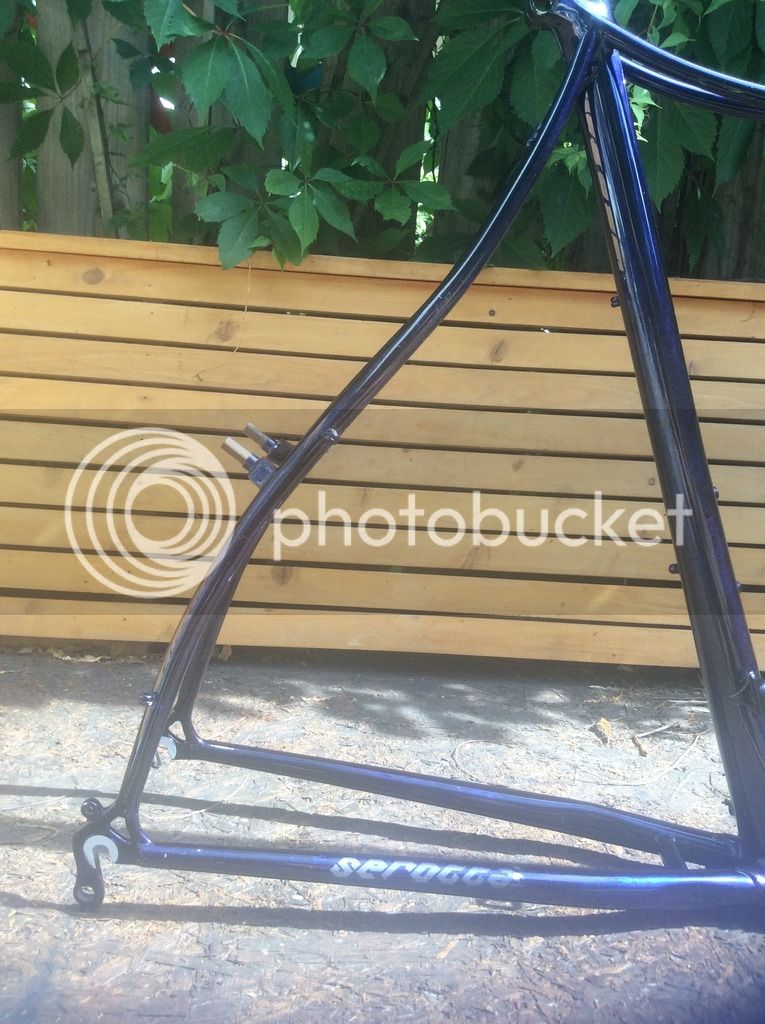 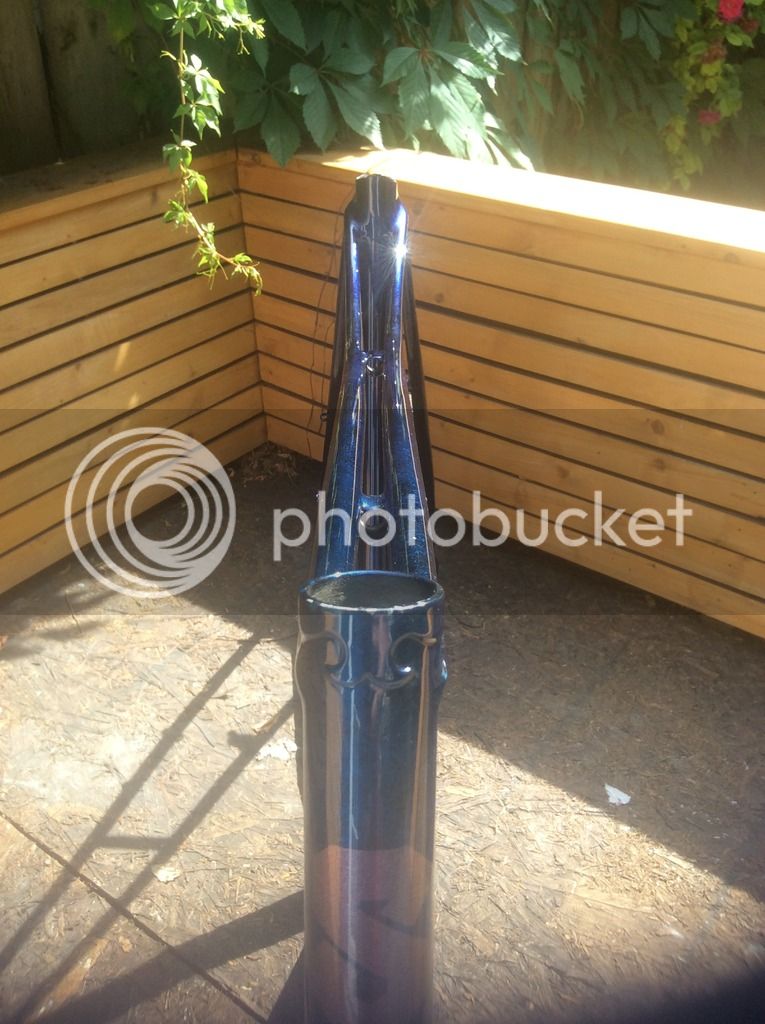 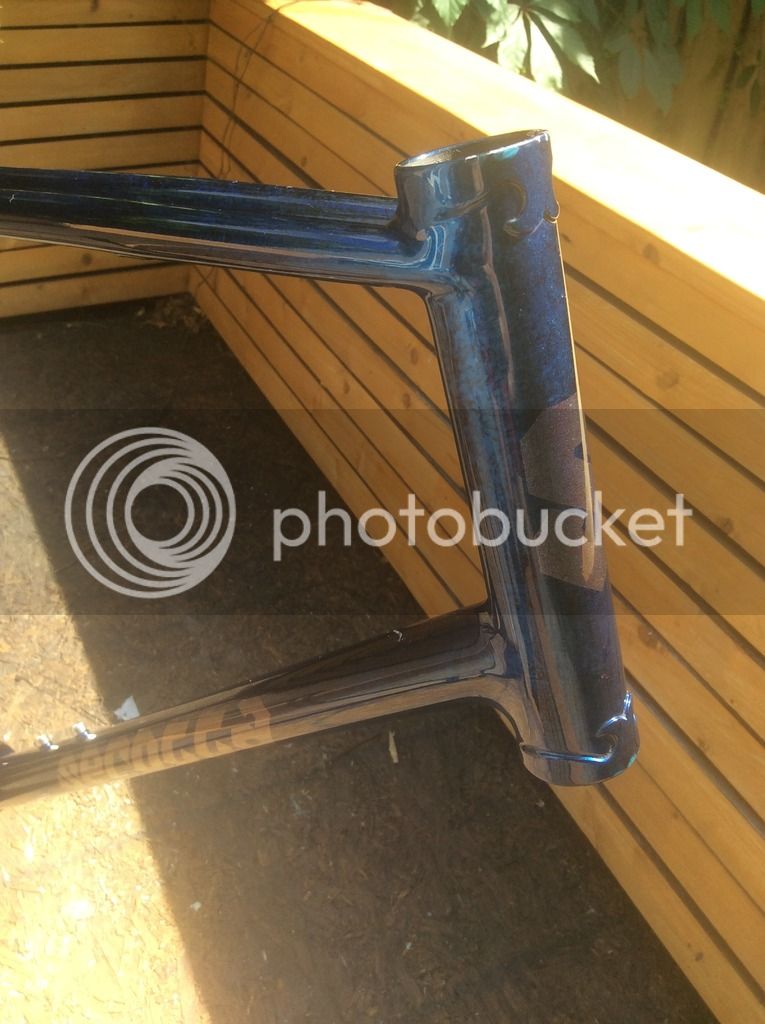 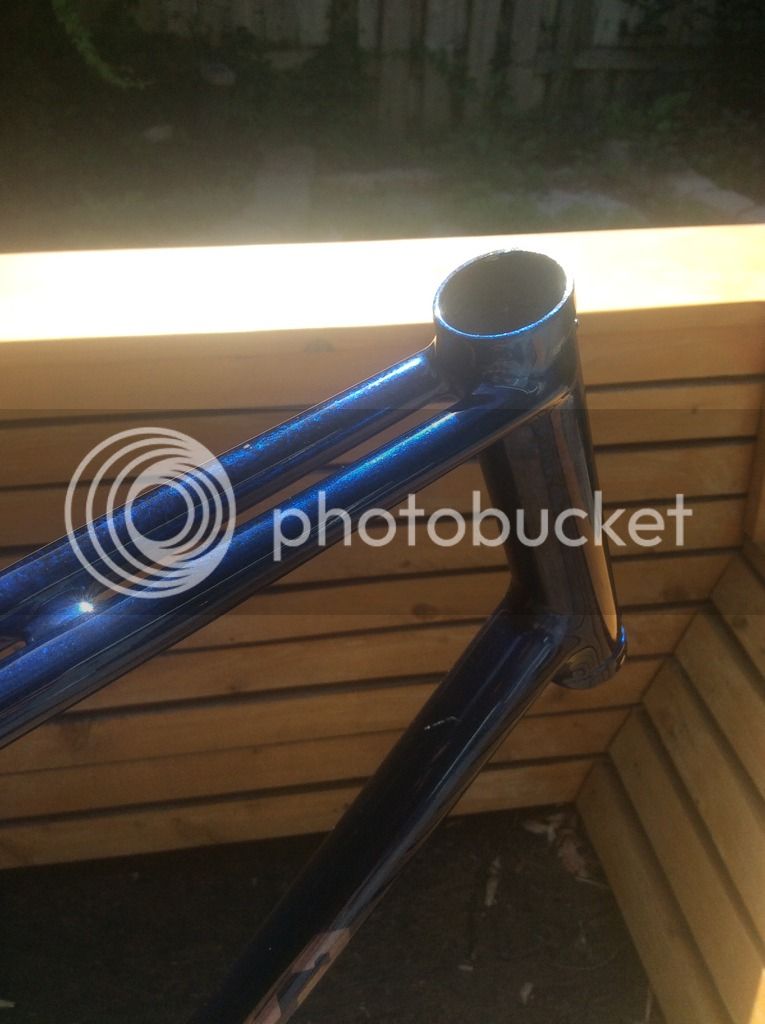 Holy crap, that is pretty special!
What a great find, I'm looking on my phone on a pretty crappy Wi-Fi on holiday so will look at it better when I'm home.


Jamis Diablo":lgvffznp said:
Holy crap, that is pretty special!
What a great find, I'm looking on my phone on a pretty crappy Wi-Fi on holiday so will look at it better when I'm home.
Click to expand...

The paint on it is super nice. Some sort of metallic blue mix.

It's different that's for sure. Fun to get your hands on a cool old frame and learn something new. 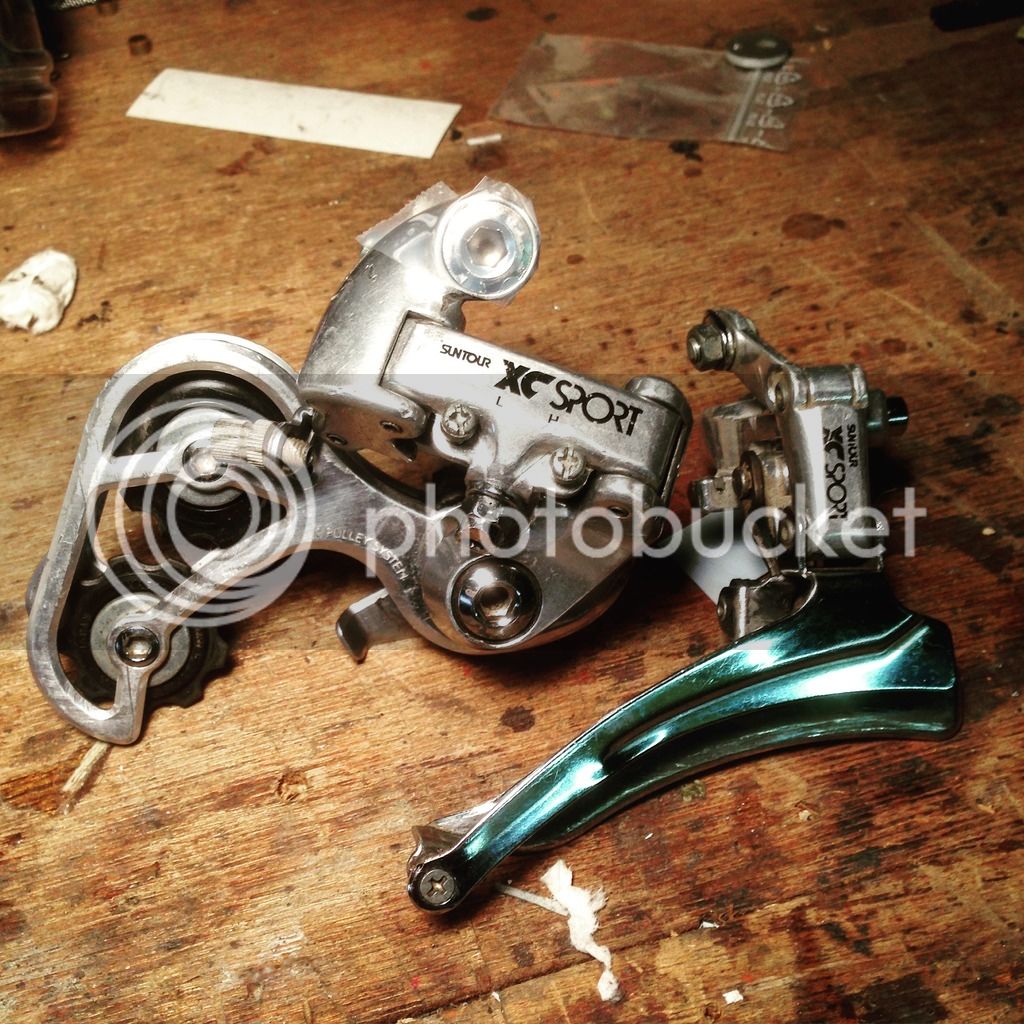 Stunner, can't wait to see it finnished. If you don't hear from Ben I might be able to help. work related, Ben is one of our customers but not on my part of the globe. Always been a fan of his frames and this one is a very nice example. Congratulations.

Glad it went to someone on here. Beautiful workmanship beautiful frame.
Checking in for updates.

Thanks guys. It's one of those frames I wish people could see up close.

I like the cable routing - stoked to play with that

I'd love some help contacting Ben. Everyone I've talked to have been great but I'd be interested in Ben's info ... Especially on the fork. I've got a brazed unicorn that would be a good but getting it paint matched to this would be impossible. I was thinking an early bonty comp fork or something - silver may match the silver serotta lettering.

Re: 4th of July Americana - An early '80s Serotta Adirondack

Glad to see you showing it off Jim; it's certainly something special

I also look forward to progress. This one may be a little testing in the parts hunt?

Re: 4th of July Americana - An early '80s Serotta Adirondack


raidan73":2kkfefsr said:
Glad to see you showing it off Jim; it's certainly something special

I also look forward to progress. This one may be a little testing in the parts hunt?
Click to expand...

Yeah on the parts - I've got a stem, I think. I suppose mafac or Deerhead cantis. After that it's sorta iffy. No ones noticed the braze on front D mount - ugh. Looks like it was meant to be a double :shock:
You must log in or register to reply here.