rBotM Winner
Well where to begin!
I've lost just about all of the build photos with tech devices going kaput..

But I've salvaged a few ...they'll give an idea to the extent I've been through to save this old boy.
Many many hours have gone into this....it is not really for the purists as it's not a restoration more like a resurrection!
So as you do....wine in one hand perusing eBay for the next challenge and I stumbled upon it.
Love at first site! Ooh slack head angle lots of rake....rear facing dropouts....and patina ... lots!
Say hello to my eldest..Nocim! A small known maker circa 1905 to beginning of ww1... That's about all I've ever found other than there might be another in a private collection somewhere in the north of France! 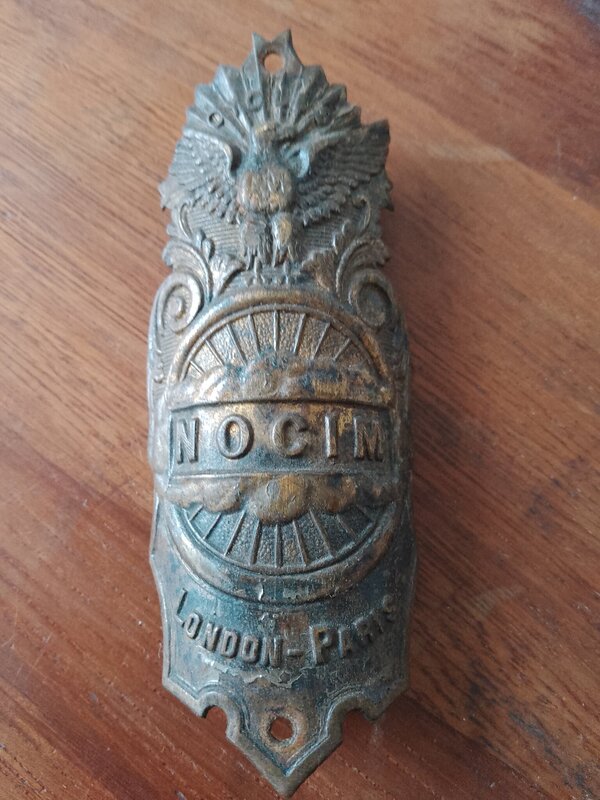 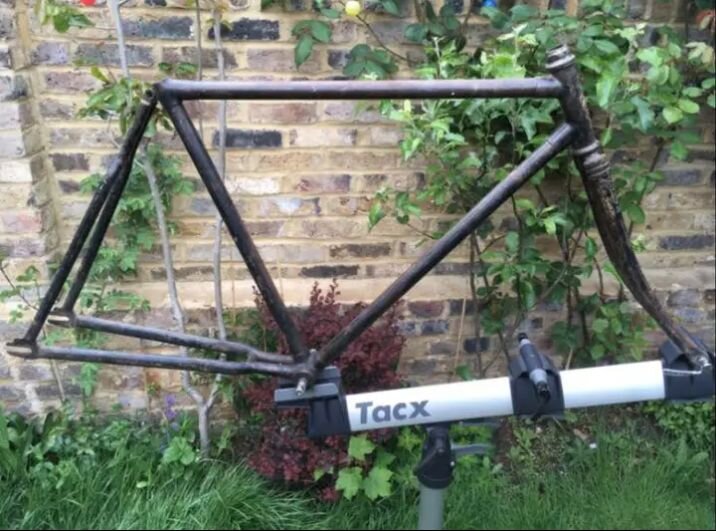 Well somewhere between that pic on eBay and it arriving at my door this had happened... 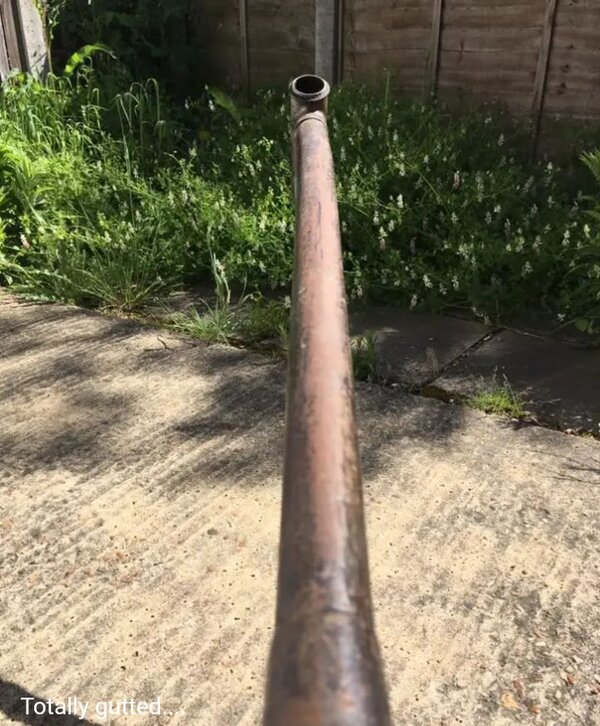 Mix in a little bit of this.....I was expecting this btw 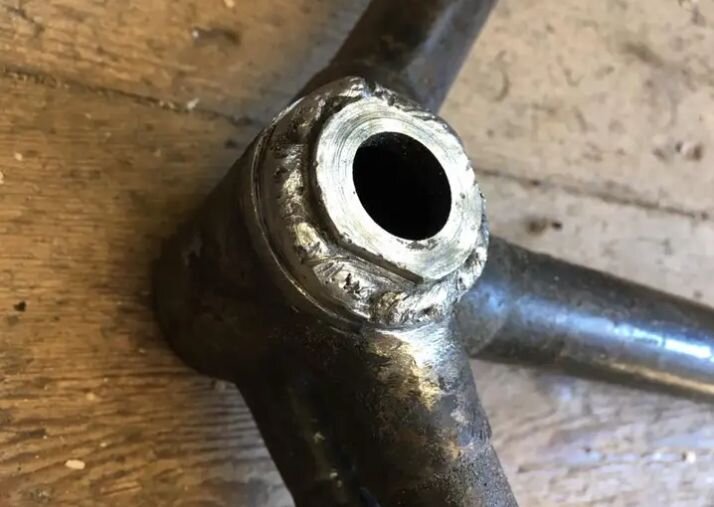 So challenge accepted!
What a challenge it was getting it straight...
3 big attempts to get it good.twice it checked out fairly good on my huge jig I'd built on my lathe bed but until I'd built it up and tried to ride it...
Clown bike springs to mind!
But I done it...it's possible to ride no hands now so as far I'm concerned that'll do!

Next job one completely fubard BB shell...the weld hadn't really got hold of that cup but sure had the frame! Shell was out of round ...and threads? Pah who needs threads when sunrace make a push fit cottered BB! So an ugly problem was fixed in a rather ugly fashion.... grinding filing, diamond blocking you name it whatever it took to get it somewhere near something! It's now a 63mm shell

Much fettling with the bottom bracket later and some hefty push fitting it was in....

Now this is about where things started to get fun..
As you do I was sinking a few ales in a local watering hole and the sound of a big thumping single turned up outside...I could smell hot oil in the pub... obviously I wandered out!
Nice chap .. complete klepto of old and weird motorcycles...this one certainly was..a homebuilt beast. Anyway more beer later and it seemed like a good idea to try a bit of vintage drafting behind a vintage motorbike....one with exposed valve gear just for the flavour of oil and grit! yup why not!
So we're gonna need a bigger ring...
Got lucky with this... 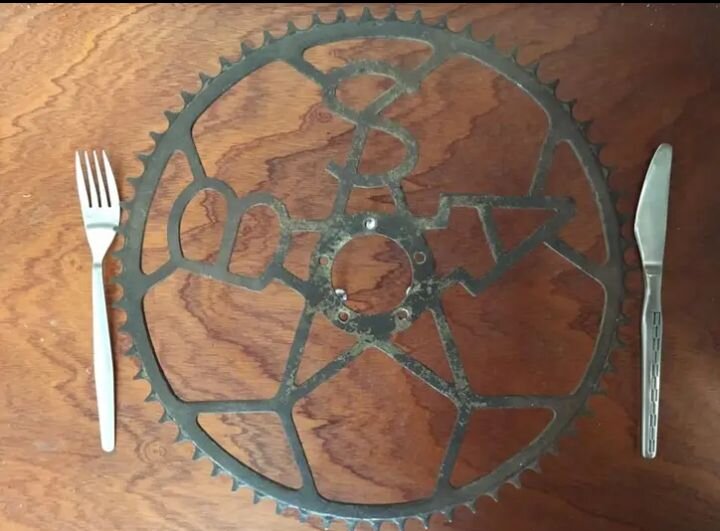 Now although "round" it certainly wasn't flat!
The only way I could figure how to do something about that seemed really dangerous..
So I went ahead and done it anyway

Still here so that's good!
How'd I do it?
Spun it...fast ...real fast and rubbed it back into shape with a bit of smoking oak! The stuff my lathe gets asked to do!

So the little puppy has teeth... 64 in total... Hhmm should be able to find some gear inches with that!
Now I like bikes to ride I see no point in having a bike you can't use ....right your thinking ...you just got a 64 tooth chainring and you want to use it ...duh

Ok so things got more kinky from here...
I received for free a horrendous abomination of a girl's bike ... It had a nexus three speed with an automatic shift system .... It took batteries....
The batteries were flat ....the gears therefore didn't work...the bike got parked.
Lovely...one low usage 700c wheelset for free
That'll do

Now the nexus is a petite little thing and steel so didn't seem to stick out like a sore thumb...

So I made some bits ...cos i like making "stuff" 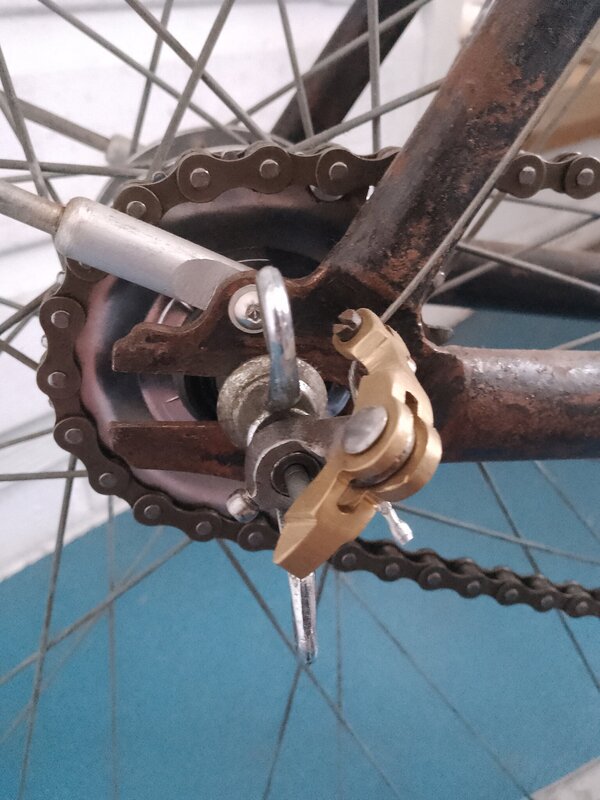 And to make it work I needed a shifter!
I bought a quadrant shifter but it didn't have that feel I was after...that built special one off thing that any self respecting demon of speed should have upon their steed!
Now this bit took an age to file...we have a gated shift...well kinda! Three notches more like and the lever is sprung from the faceplate. So far it hasn't missed a shift or done a rattling ghost shift! Faceplate will be changed .... 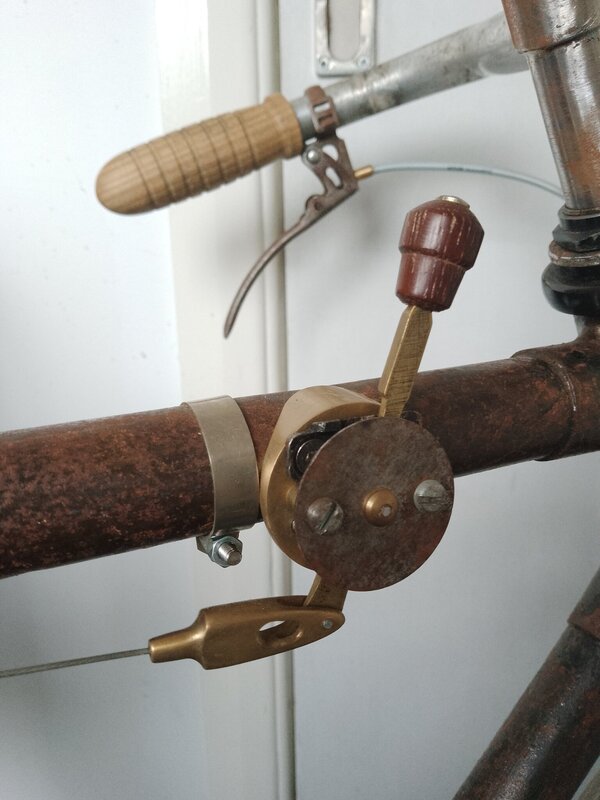 Think this coin will jazz it up nice,don't know which side yet! What do you reckon? 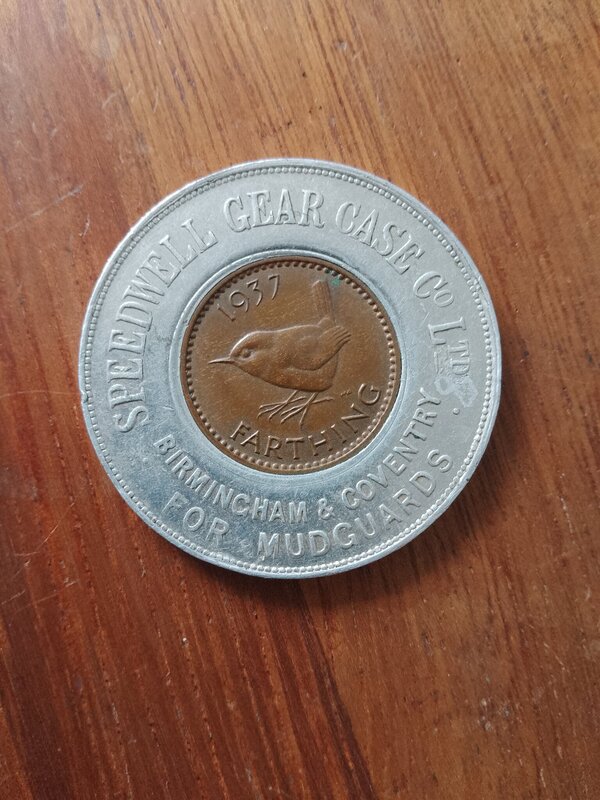 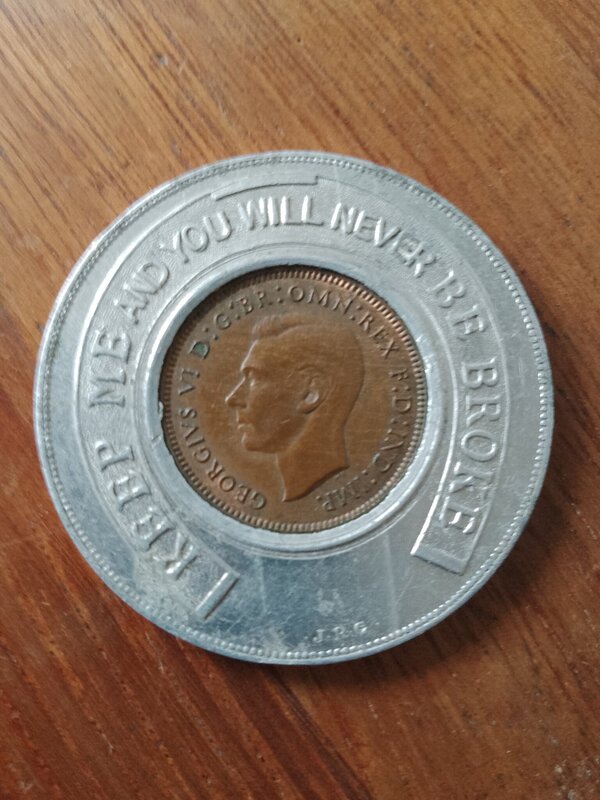 Think this side is quite apt!

Well it's Sunday which is usually the day this old boy gets taken out for walkies...but it's piddling down....as soon as it's a sunny day I'll take it out and gets some complete pics in all its rusty corroded and cranky charm! If I get real lucky I'll find me some mamils to chase down.

98+ BoTM Winner
Kona Fan
Thank you for another brilliant thread! Rainy day, a Dutch coffee, and reading this- bliss.
M

sunympholepsy said:
Thank you for another brilliant thread! Rainy day, a Dutch coffee, and reading this- bliss.
Click to expand...

Most welcome!
I'll be adding more when bits fall off no doubt!
F

Thank you! Going by your name I guess that's a given thing

ha! It’s the brass work that’s killing it for me here though

ferrus said:
ha! It’s the brass work that’s killing it for me here though

A little more brass just for you sir! 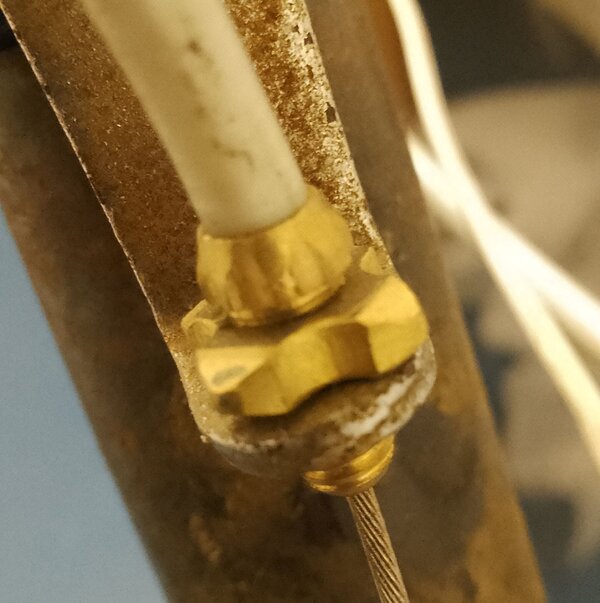 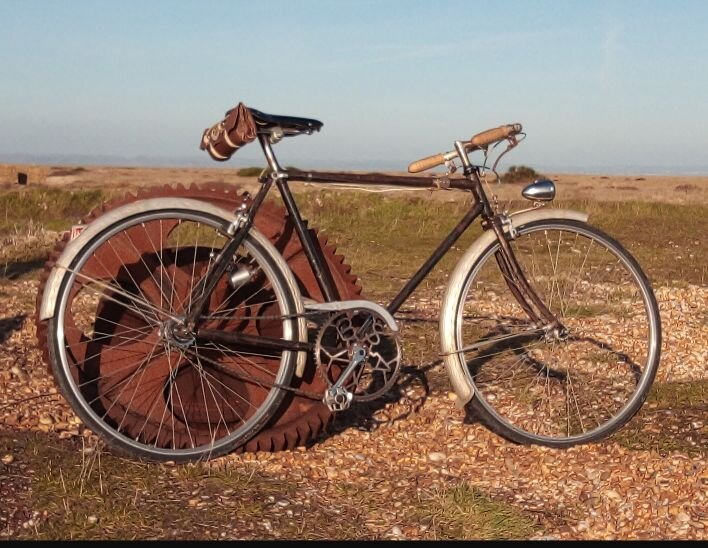 Basking in the sun.....yes chain is rather slack...I managed to budge the axle whilst drag racing a model t ford...not something you do every day!

Thank you sir!
You must log in or register to reply here.

C
I decided to replicate my dream bike

Jul 18, 2022
hamster
H
M
A question for you mechanics and gear heads...modern stuff!