Hoping someone can tell me a bit more about this bike.

According to the seller (and this may be garbled by the mists of time) this bike was shown at the 'Harrogate bike show' sometime in the early 80s. Apparently Peugeot imported 20 to the UK, and 'Branches' (or possibly Branch's) bike shop of Wakefield/Leeds area bought one to put in their shop window and gauge interest in such a weird machine.

- Was there a Harrogate bike show? Is there any surviving material or press info from it?
- Was there a Branch's bike shop somewhere in Yorkshire? Seller said it wasn't there long.

Seller bought it and has ridden it ever since. Listing said '1980' but I'm guessing more like 1984. It has:
- Suntour bits and pieces, (the rear mech has been replaced). Pretty sure this is pre-indexed gears; they are not indexed anyway. 6-speed.
- Dia-compe cantis and levers (these look very early to me)
- Bullmoose handlebars (not sure of make)
- Araya rims
- Sugino crank

The listing also said Reynolds 531 frame although there's no label. So to try and find out the type of tubing I've looked at another Peugeot 531 (racer) bike and found the following similarities. (I will try and reply to this with some more pics of the 'comparison' bike)
- similar lugs for head tube, seat tube/stays, dropouts (though the MTB aren't stamped 'Simplex')
- same cable guides attached to BB shell
- seamless tubing looking down seat tube
- same forks as I had from a custom Orbit 531 tandem - same construction, crown etc
- very similar headset with serrated locking washer

I intend to restore sympathetically using as many period parts as I can find. Thinking of looking for an Avocet saddle if anyone knows of where I can get one.

There is some sort of weird varnish-y stuff all over the bike. I don't know if this was a misguided attempt at rust proofing. It doesn't come off with brake cleaner or acetone, you can get at it with fingernail though. Any tips for removal?

Looks like a Peugeot crazy horse? 82/83. The first ones had those bullmoose bars. Is it Nitto? 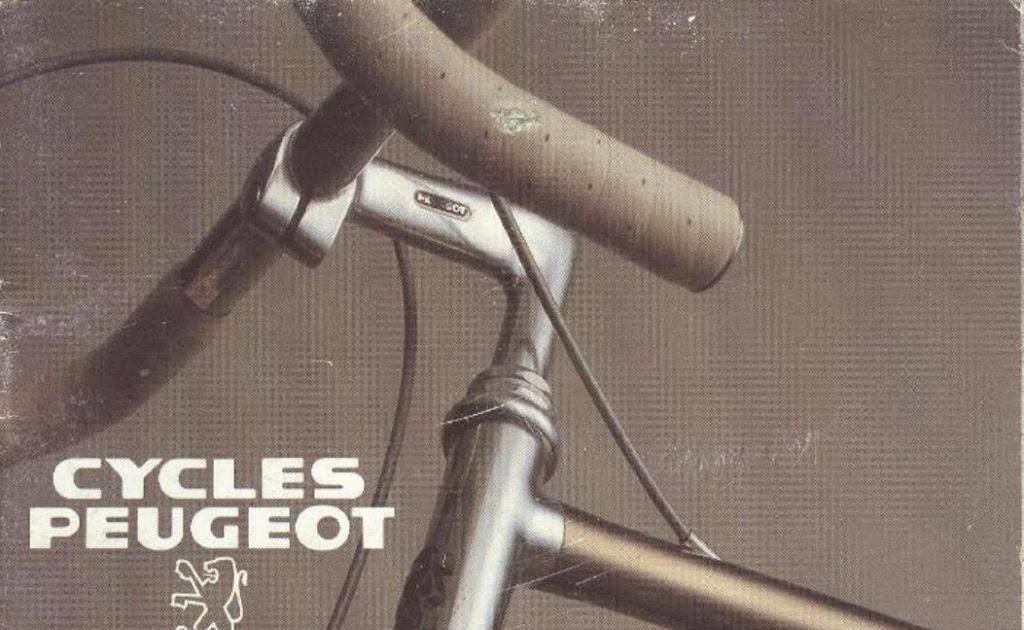 On here, 1984 English version. Canyon/urban express . It might have been released earlier in france

Thanks for this, useful info. Regarding the 1984 catalogue, it is a close match to the Canyon Express. However the frame specs say TIG/pulse welded. This is definitely brazed/lug construction. It's also light silver not dark grey.

Tange headseat and BB.
The fork is Ishiwata. Pics show the '531' fork from the Orbit tandem which is virtually identical.
Bars are indeed Nitto.

I'll do a bit more digging on the Crazy Horse. Thanks for the steer, Team RB.

Peugeot did source some frames from Araya for some of their original VTT. Manufacturers were scrambling to offer mountain bikes.

Thanks for this. I didn't know Araya made frames? Is there any more info about their tubesets etc? I guess it matches with the Ishiwata fork, both being Japanese.

Excuse my ignorance, but what is "VTT"?
R

VTT = velo tout terrain = all terrain bicycle. (My spelling may be off but broadly right, I think.)
You must log in or register to reply here.

Can anyone date & name this Peugeot?