Klein Fan
I am stoked to get this 1993 Clark Kent (Colorado built) titanium mountain bike. This is thought to be a one-off Pat Clark designed for Kawasaki. It is serial number one and reportedly the only example built. After being shown in trade shows Kawasaki gifted it to one of their motorbike racers; likely the motorcycle dealers felt a $3,200-$3,500 bicycle would be a stretch for them to sell. Does anyone know of another?

I will starting to gather the bits to get the bike back to the original build specs mentioned below.

Does anyone know how to get in touch with Pat Clark (Clark Kent) or Scott Cox (Pacific Powercycles Inc.)? I would love to get more information about this bicycle directly from either fellow.

Here is an abbreviated press release about Kawasaki's venture into mountain bikes at the time. I highlighted the section on this model in red:

CINCINNATI, Feb. 16 /PRNewswire/ -- Kawasaki Mountain Bikes make their debut this weekend during the 1994 Cincinnati Powersports Expo. Six off-road bicycles, including an all-carbon-fiber model and a titanium full-suspension model, will be shown at the event. This according to Scott Cox, vice president Sales & Marketing for Pacific Powercycles Inc., the manufacturer/distributor of the new bicycle line.

"Kawasaki Mountain Bikes represent over two years of intensive work by our team and a cadre of bicycle and motorcycle design experts worldwide," said Cox. "The Kawasaki is a new breed of bicycle -- inspired by off-road motorcycles and featuring innovative design and top-quality components like Shimano, Araya and Rock Shox.

"You couldn't ask for a better name than Kawasaki," Cox added. "It is an unbeatable tie-breaker for the consumer. Additionally, all Kawasaki Mountain Bikes feature low `factory-direct' pricing and that makes it possible for us to deliver a high-quality product with a recognized name, at a super price."

Among the unique features of Kawasaki Mountain Bikes is that each model is equipped with front suspension forks. The titanium Kawasaki XR-Ti(TM) sports a sophisticated rear suspension system, as well.

Heading up the line is the Kawasaki KMB200(TM), an entry-level model featuring a Tange(TM) Chromoly frame, wild "Team Green" two-tone paint/ graphics (borrowed from the Baja winning Kawasaki Off-Road Motorcycle Team), alloy rims and an RST-170(TM) front suspension fork. The KMB200 retails for $399 -- an unheard of price for a suspension-fitted mountain bike.

The Kawasaki X-1(TM) is the flagship of the Kawasaki Mountain Bike line. Its frame is constructed of oversized aluminum tubing, and the bike features Shimano Deore LX(TM) components, a Rock Shox(R) MAG21SL(TM) front suspension fork, Grip Shift shifters, Zoom(TM) handlebars, bar ends and seatpost, and Araya alloy rims. One of the most striking features of the X-1 is its titanium-plated finish. Retail price is $1,399.

Two state-of-the-art prototypes, the F-1 Carbon(TM) and the XR-Ti(TM), complete the Kawasaki Mountain Bike lineup, and both are targeted at the hardcore mountain bike enthusiast/collector.

The sculpture-like Kawasaki F-1 Carbon(TM) is an amazing piece of design technology and craftsmanship. It features a carbon-fiber composite frameset, Aerospoke(TM) five-spoke wheels, Shimano Deore XTR(TM) component group and Grip Shift(TM) shifters. Final pricing (expected to be in the $3,000 range) and final delivery dates will be announced at the show.

The all-titanium, full-suspension Kawasaki XR-Ti(TM) is a limited edition, signed and numbered "Masterpiece" of which only 50 will be built during 1994. Each XR-Ti is signed and numbered by renowned designer, Pat Clark, of Colorado's Clark-Kent Cycles. Set off by a magnificent clear titanium finish frame, the XR-Ti also features a Rock Shox MAG21SL-Ti(TM) titanium front suspension fork, Shimano Deore XTR(TM) components, Pulstar(TM) hubs, Mavic(TM) 231 wheels and Grip Shift shifters. A June delivery date is slated, and the retail price is in the $3,200-$3,500 range. 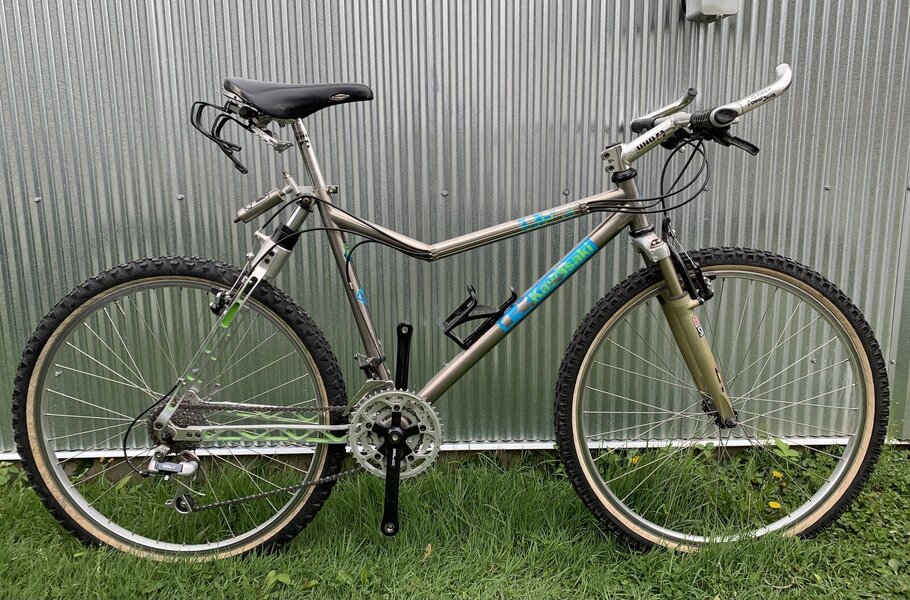 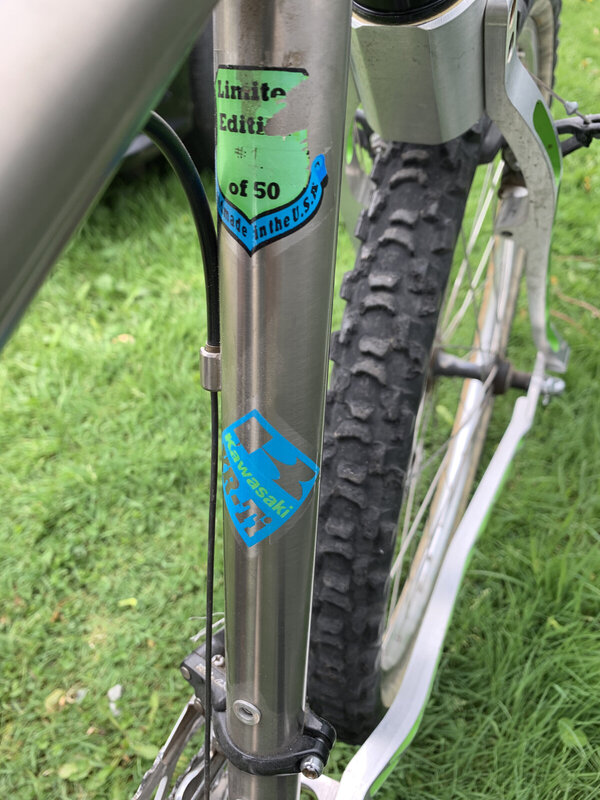 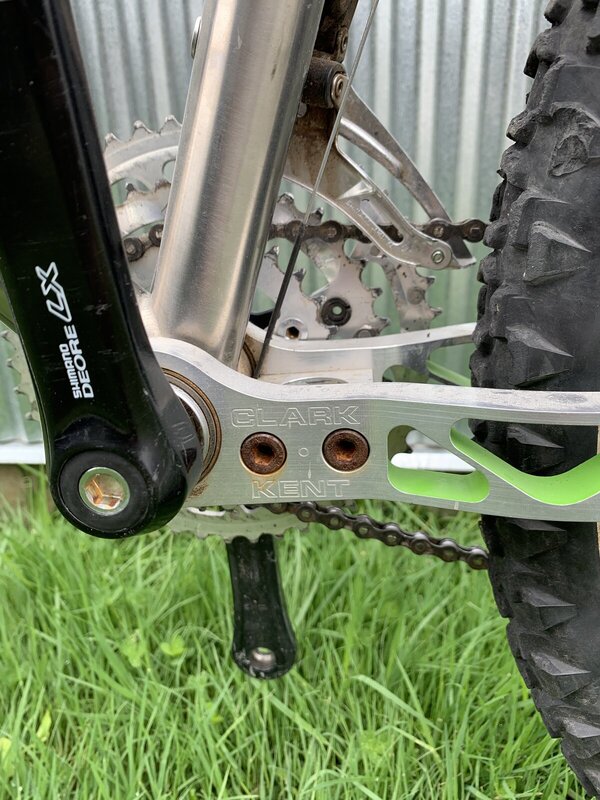 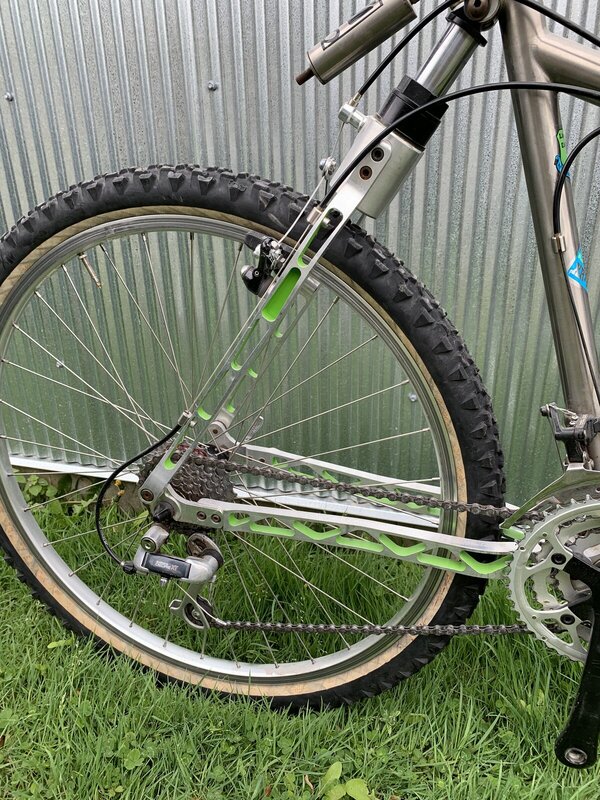 Wow! That's a pretty special bike alright, the work done on the rear end in particular is spectacular.

If not, could I post in my group please?

Oh lord. I confess, I don't like the top-tube but my butt would settle nicely on that Rolls Titanio.

I’m sure I’ve seen this or another somewhere before.

The stays on that are mental!

Nope, it was the ‘wiggle’ version I’d seen before.

If not, could I post in my group please?

Sure Al, I would be happy to post it; just let me in the group so I can do so. Or you are welcome to post. Thanks.

Hotwheels. said:
I’m sure I’ve seen this or another somewhere before. 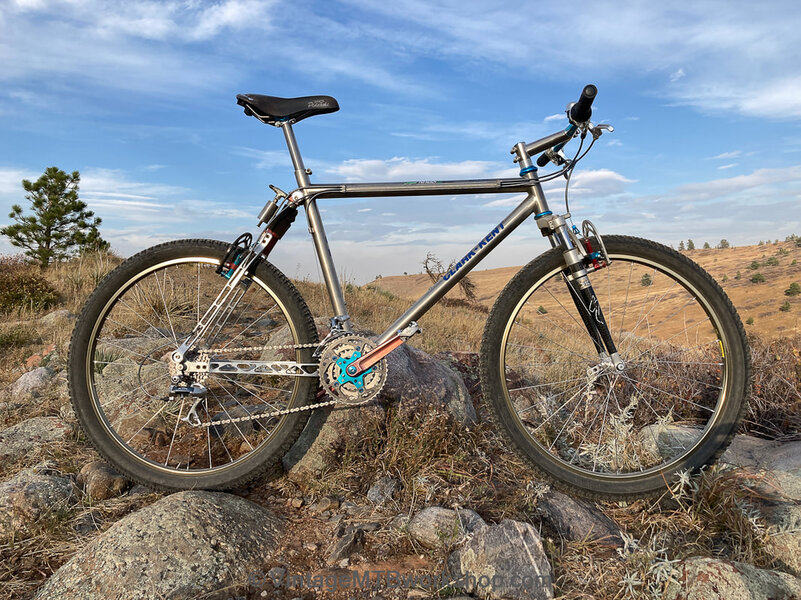 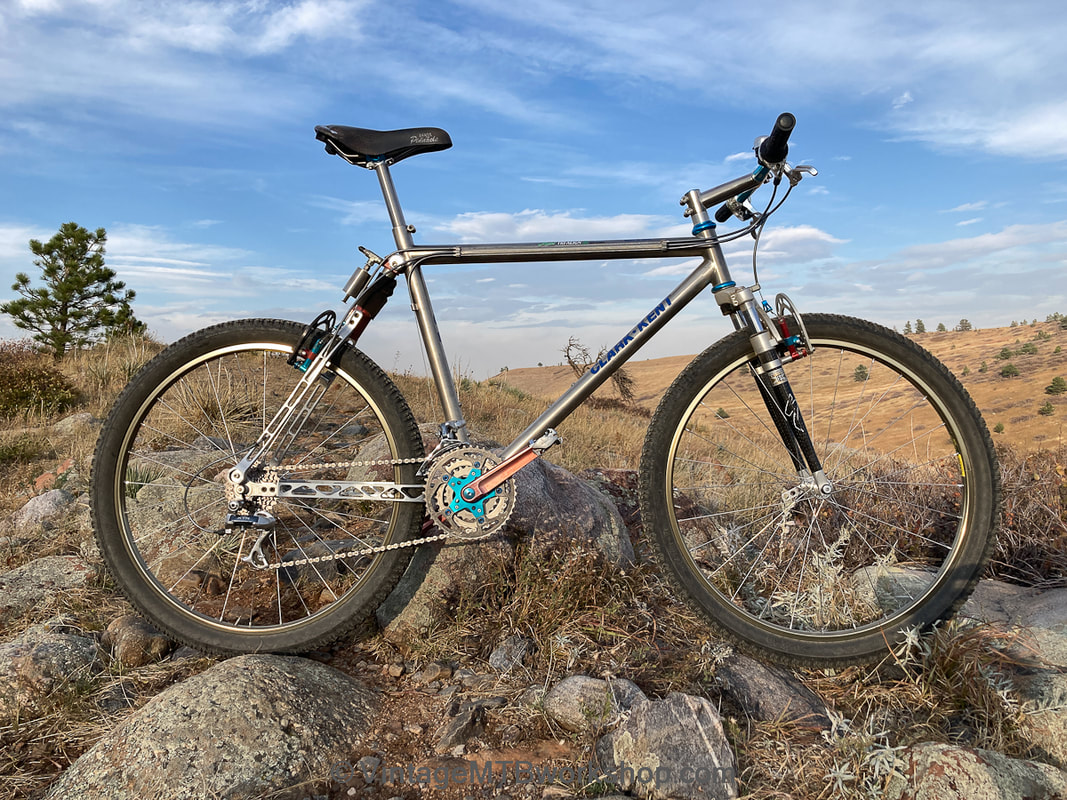 Clark-Kent was a high-end, custom bicycle company out of Denver, CO started by Pat Clark and Dean Kent. They developed a reputation for cutting edge bicycles in both steel and titanium, and were...
www.vintagemtbworkshop.com
You must log in or register to reply here.