After taking me halfway around the world and back (literally), then sitting abandoned in the loft for years, I've finally got my 1993 KHS Montana Comp built again. It looks almost nothing like it did when new - the only original parts are the frame and fork, stem, panaracer smoke dart and the M651 front mech. All other parts have come from the spares box or here and ebay.
I've tried to keep everything more or less from the same period, but there are a few bits on there where cost had to give way (the NOS deore DX 26.8 seatposts on ebay were highly tempting, but so far I have managed to resist the urge). Even the cables and outers have been recycled!
I'm still waiting for some barends, and a proper seatpost bolt (please excuse the temporary fix!)
The frame and fork were repaired years ago, and extra pannier eyelets added to the fork. I've recently had them repainted (along with the stem) in the colour they are now. I decided against going back to the original colours, as difficulty finding the right shade of fluo pink and cost were against me. I'll be using the bike to ride to work mainly, so didn't want anything too flashy. It'll be getting slicks and maybe even converted to single speed for that though.

I'm undecided if I should fit some more modern KHS decals to it or not - opinons please!

Please excuse the photos, taken with my phone as I've lost my camera! 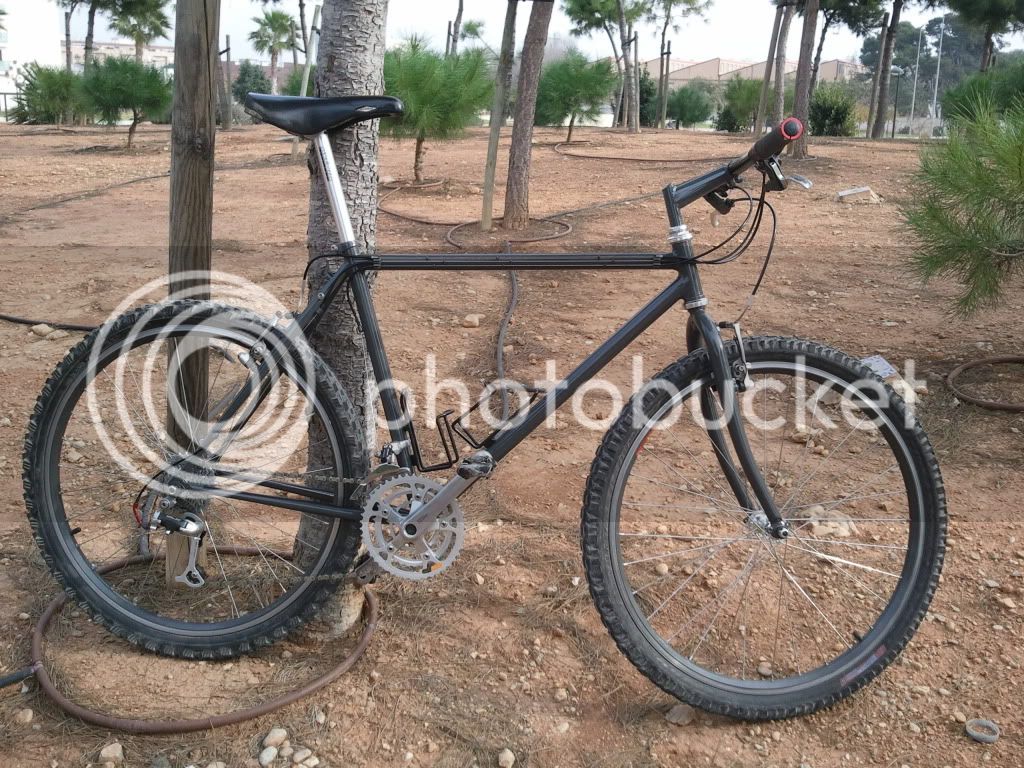 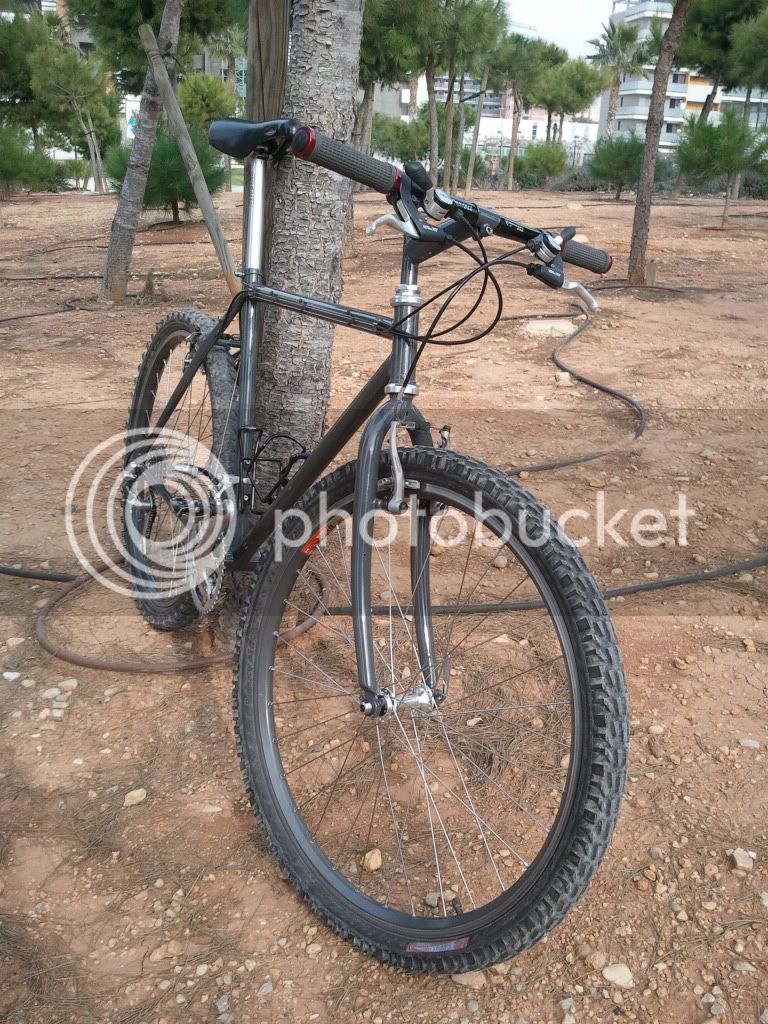 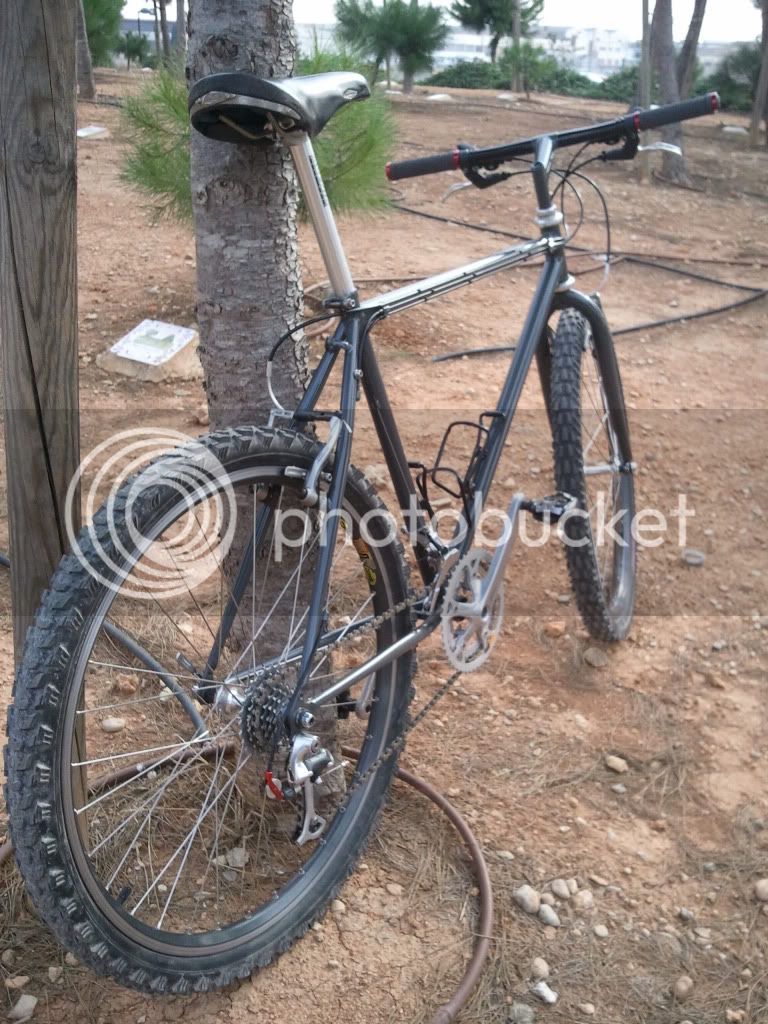 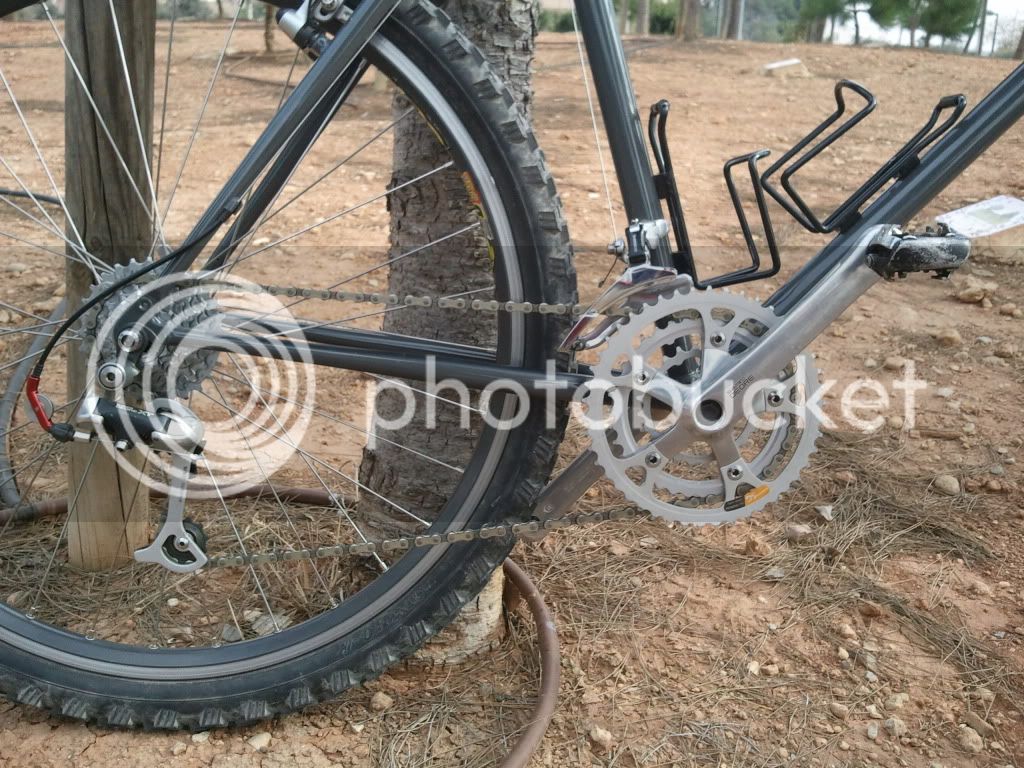 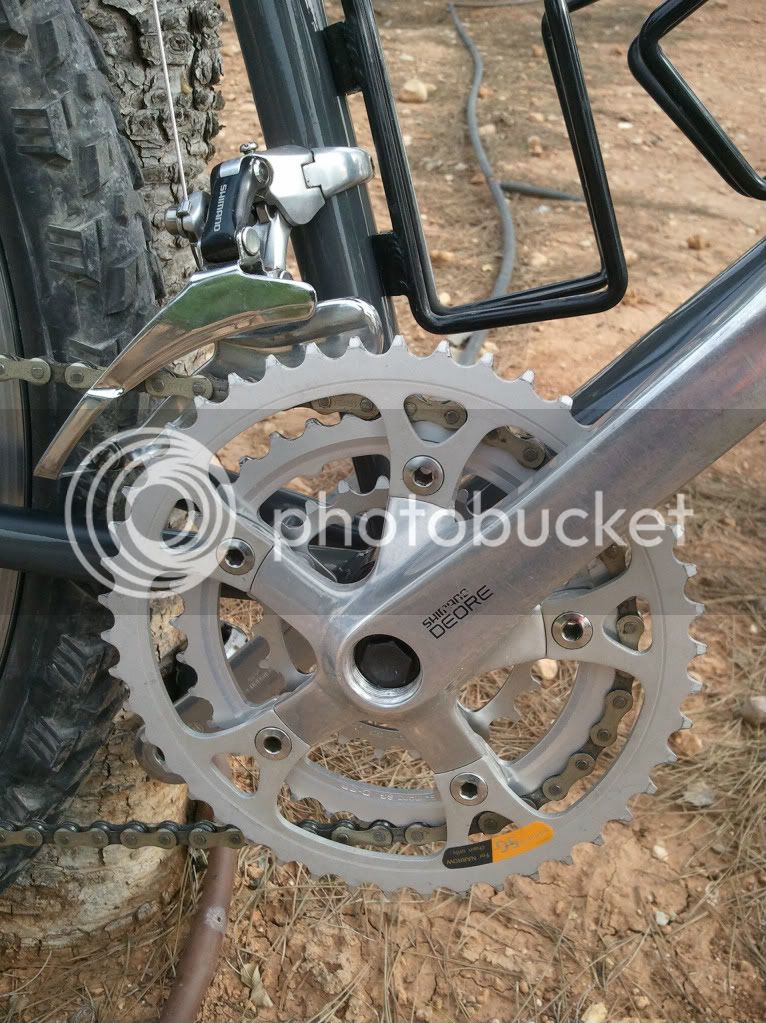 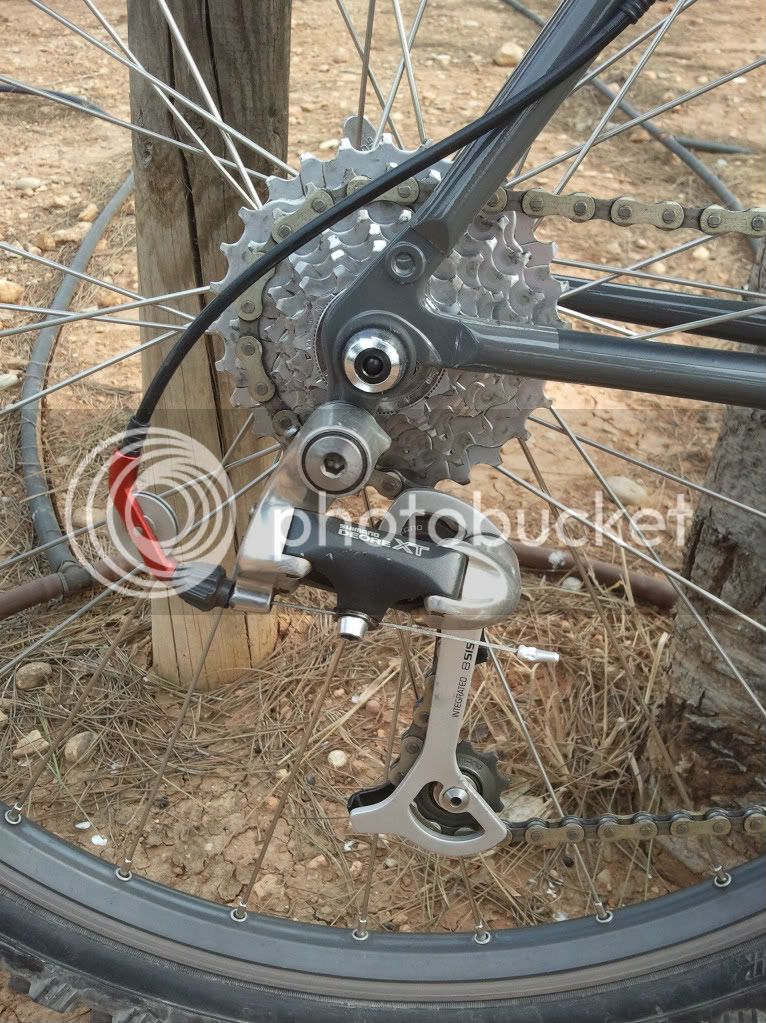 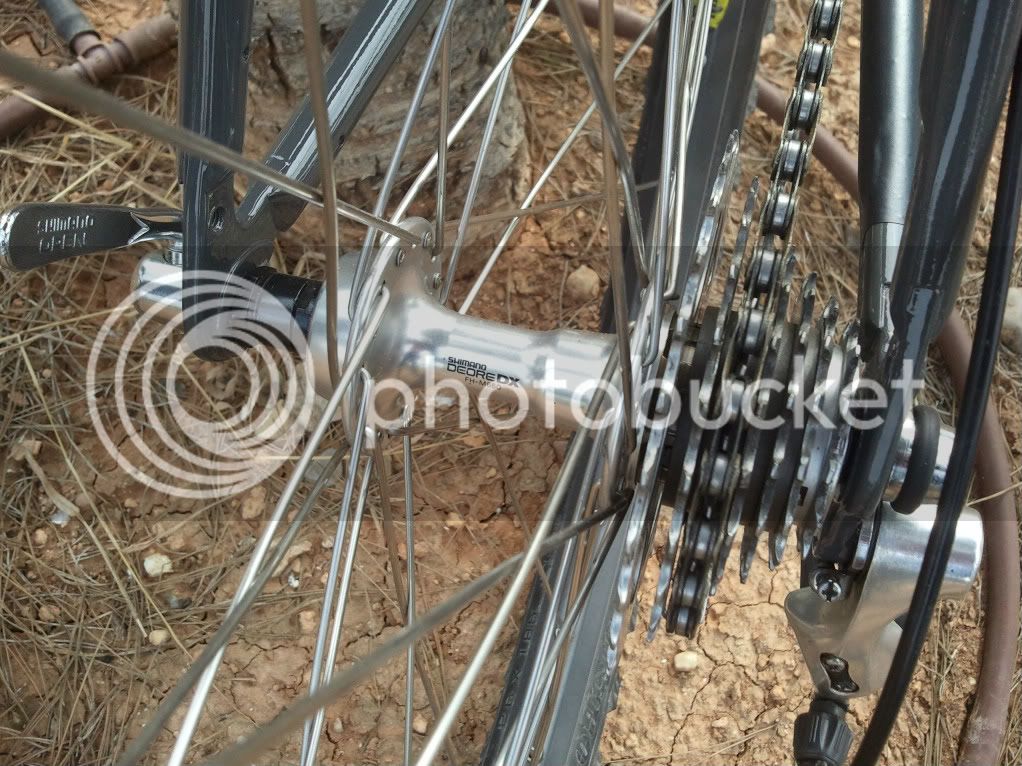 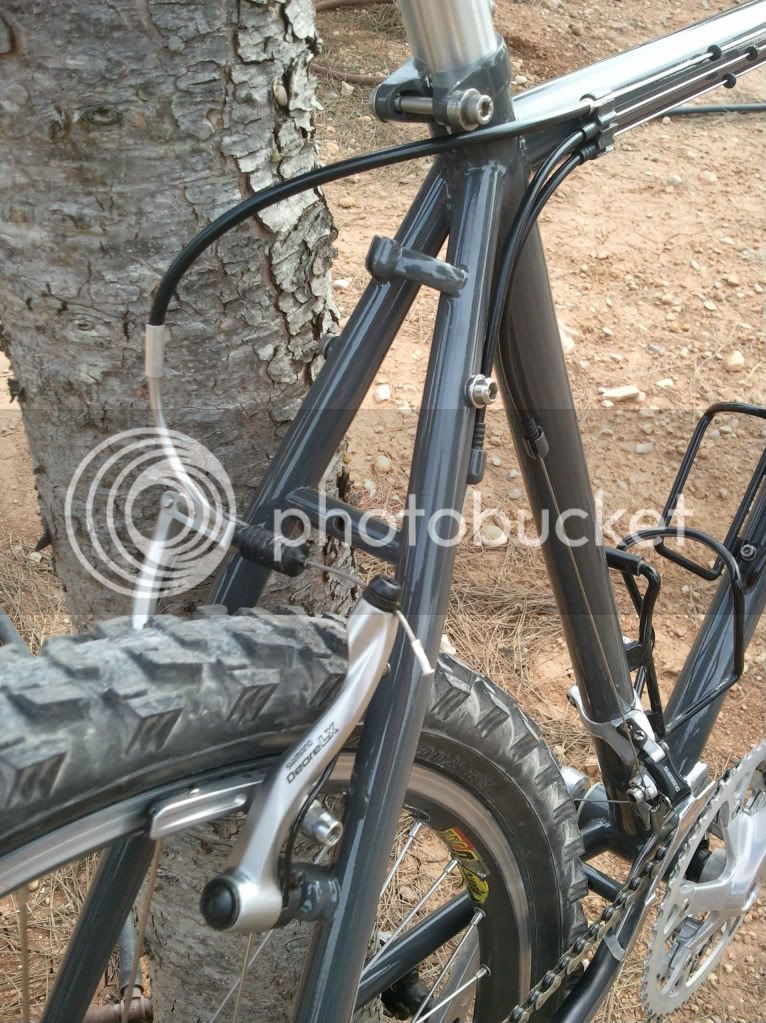 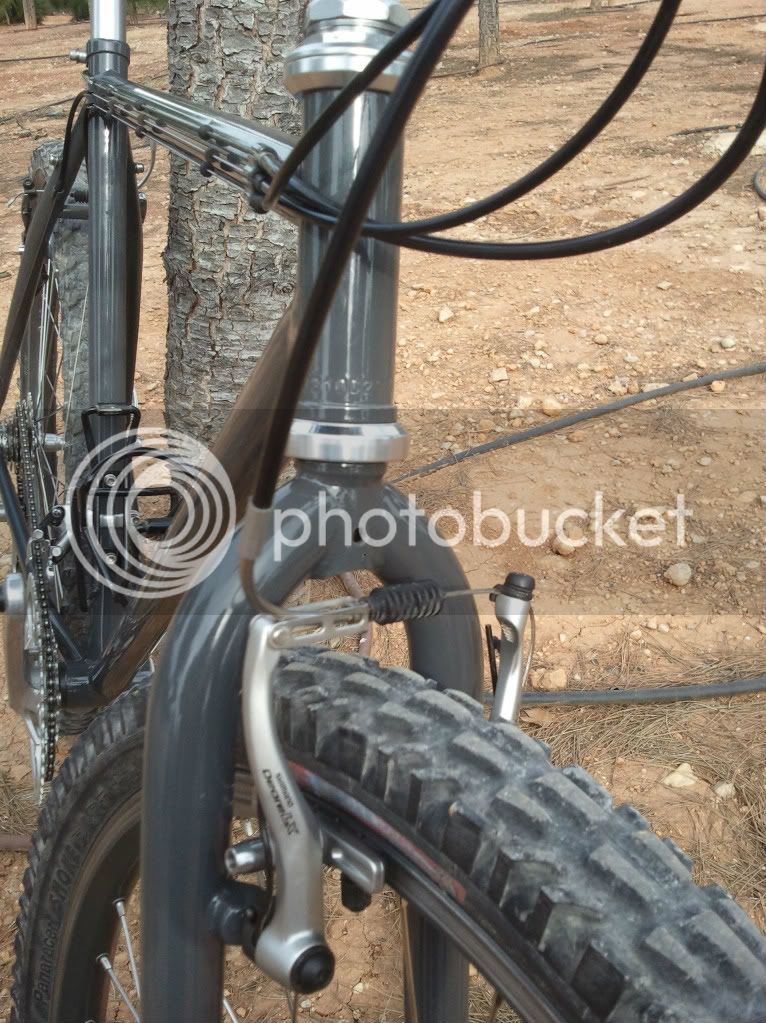 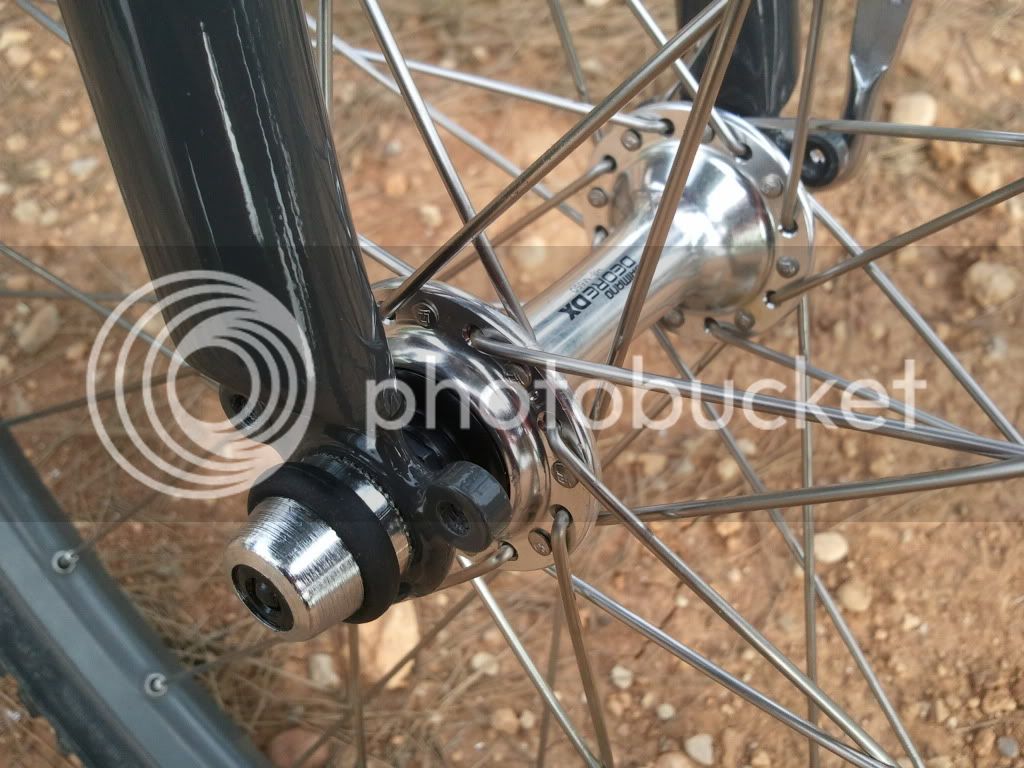 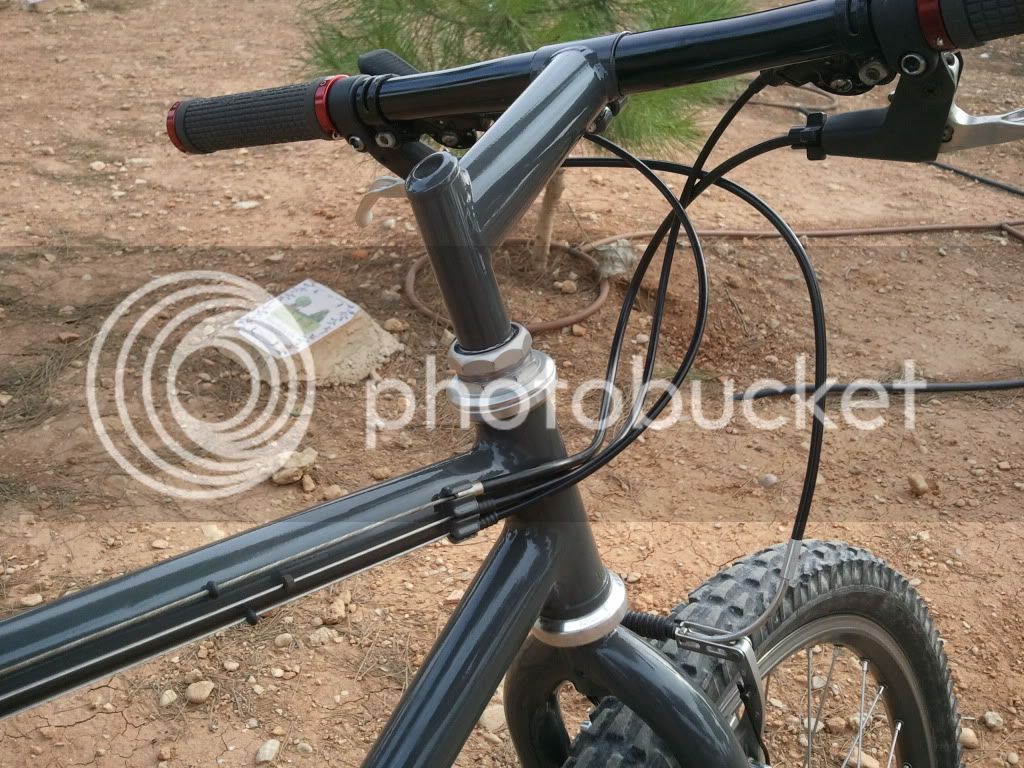 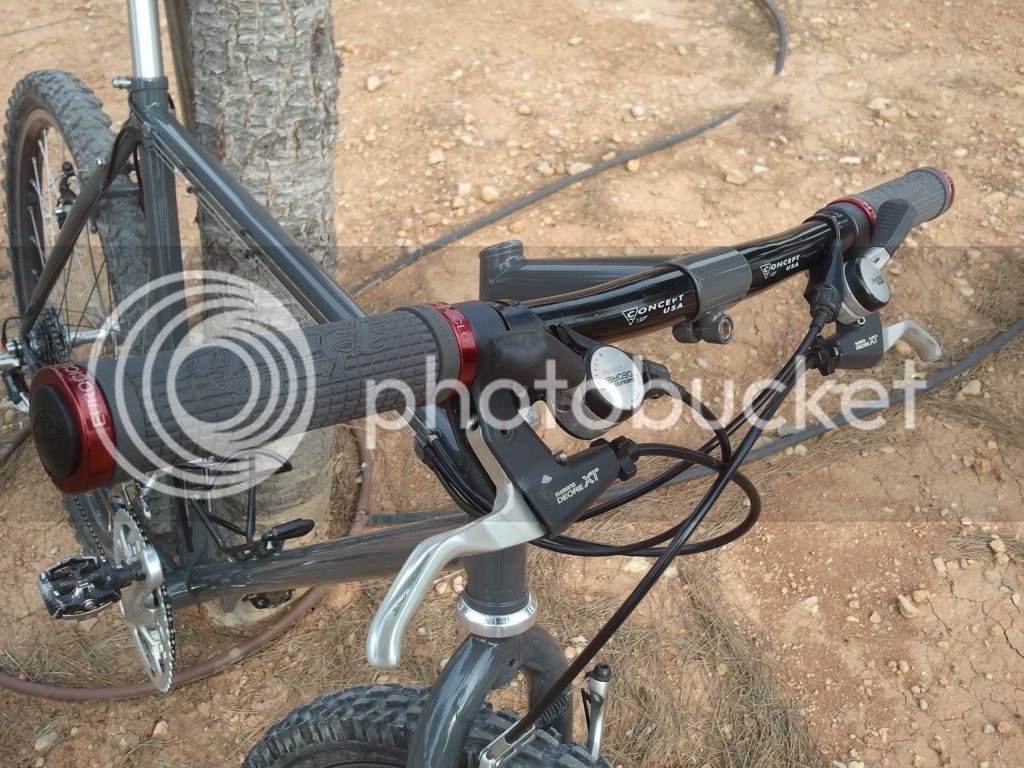 I'm not sure why some photos are coming out rotated, I'll try and fix it soon!

edit: I think all the pics are the right way up now, let me know if they're not!

lovely lovely bike. Never enough KHS on here but I'd love to have one one day.
Not sure on the modern decals, any pics of what they look like?

The modern stickers are something like these, although there are slightly different versions available from different sources.

I like how 'unfussy' this bike is.
I'd add some decals to give it slightly more identity. Not sure if the black or white ones would suit more but maybe the white.

Very nice.
I'd go for white decals.
IMHO it needs amberwalls and canti's though.

Bram J":ljnby9li said:
Very nice.
I'd go for white decals.
IMHO it needs amberwalls and canti's though.
Click to expand...

Thanks! If I do decide to put some decals on then they will be white, I've known that all along. I don't have any yet, and quite like the look of the bike as it is, so may well just not bother!

Don't tempt me on the cantis though - there are lots of interesting sets out there, but while I agree that maybe they would fit the build better, budget was/is limited, I already had the Vs and levers, I like the feel of them more than cantis, and I don't think they look out of place either!

The bike looks great and I agree the white decals should help give it some identity.

Any more to tell on your history with the bike?

Well this bike has a pretty long history... bought new in 93, it has toured tibet (93), took me to the alps and back to watch the tour (94), south america (95 and 96), then tibet again in 98 before being retired to the loft (only because I moved on to custom touring bikes from Dave Yates - first a 700c machine, which I then changed for a 26" version) It was also used a lot in the UK until the end of 95.
An unfortunate incident with a closed gate (don't ask!) in early 95 left it with a headtube all but separated from the rest of the frame and a slightly bent fork. Luckily it was the welds that had broken, not the tubes, so it was cleaned up and had the HT fillet brazed back in place, the fork straightened, and extra eyelets added to the fork dropout to make fitting a rack easier. Since the brazing only damaged small areas of the paint and I was a skint student at the time, I sprayed the necessary areas myself. Then sometime probably in 96 or 97 I stripped the paint and resprayed it blue/yellow/red, which was how it stayed until a couple of months ago.
The other day I rode it again for the first time in over 13 years, and it really does ride nicely! I don't think it will be going back in the loft anytime soon
You must log in or register to reply here.

I
KHS Montana Pro 1992 frame built into a tourer
2