I don’t really have a reason for wanting either of these, other than just wanting them as interesting bikes.

First up the Slate. I really had no interest in owning a gravel bike but decided it would make a lot of sense to keep one at home in the UK for when I’m back, enabling me to ride road / off road without having to have a load of bikes there (that didn’t work work, oops…). If I was going to have a gravel bike it had to be a Slate, in the olive green that adorned the 2016 105 model. Between the colour scheme and the lefty fork, no other option even got a look in.

It took a while to find the right one, and then thanks to covid it took even longer to get home and ride it - but when I did, it was a revelation. Honestly if I could only keep one bike from all of the ones I have, it would be this. Its interesting, comfortable and faster than it has a right to be given it’s tyres and heft. I absolutely adore it. 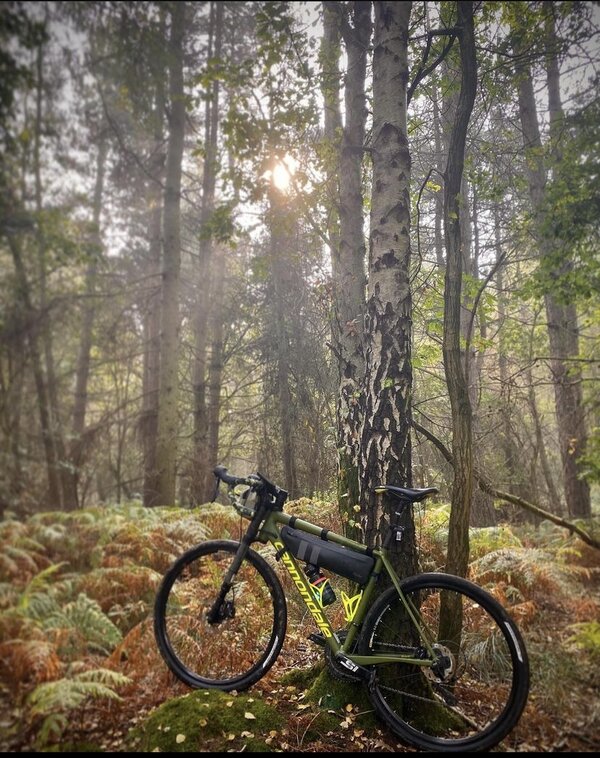 While reading up a bit about gravel, and already riding a Yeti MTB, when I chanced upon the existence of a rare Yeti CX bike - the Arc-X - I knew I had to have one. It was only ranged around 2009 and 2010 and there doesn’t seem to be much info Out there about them, other than that those who own them love them. I didn’t really actively search but I kept an eye on the usual places and a few months later one appeared. The owner was a bit disinterested yet eventually it arrived at my doorstep. Prior to heading back to the UK I ordered a whole bunch of purple anodised bit from Hope (spacers, skewers, jockey wheels) and some Fluro yellow (I had to spray the bottle cages myself). As soon as I was home I set to building a team FRO inspired CX bike.

Full disclosure, it’s far too small for me and as such completely unrideable so i gave it to my sister to use. It’s a lovely thing to behold though and one day it’ll just sit on the wall next to the others. The frame has some fabulous details from the one-piece chainstay / seatstay to the sculpted top tube, and I love the colour scheme. Maybe one day I’ll put some purple hubs on the wheels as well but I’ve got enough other projects to be getting on with without that sort of faff! 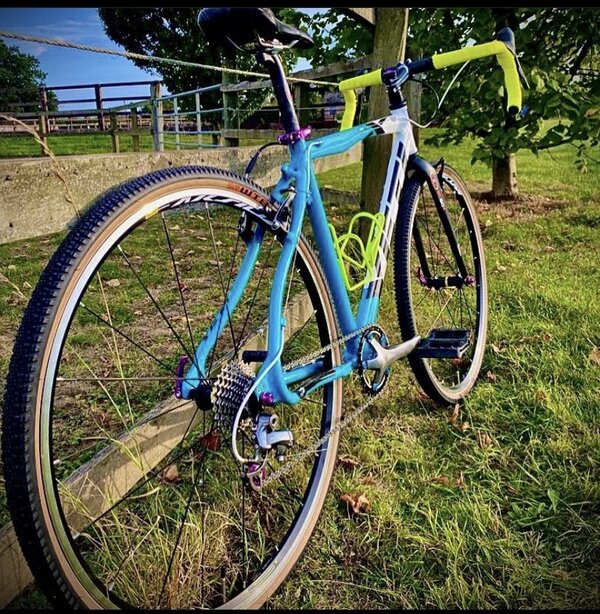 apologies the pics are a bit grainy - I screenshotted from my IG (@spin_stagrams - for more , mostly, bike content)
Last edited: Nov 30, 2021
You must log in or register to reply here.