Can anyone help with the following request for advice?

I am hoping to restore a 1987 Raleigh Competition Reynolds 531C frame and forks and put it back on the road. It has been sitting in my shed for years and has plenty of what appears to be surface rust (hopefully doesn't run any deeper). The powder coaters will strip it and that will determine if the frame will be safe for the road again or not. If it is something that can be resurrected, I have to decide on what type of shifters I will use. I plan on using the bike regularly so it will be fitted out with functional components (with a nod to the past) rather than period-correct bits.

I plan to use an existing pair of TB14s with a Shimano 10 cassette. I reckon I have two options open to me. 10 speed indexed Dura Ace 7900 downtube shifters or a set of Shimano 105 STI brake/gear levers from my current everyday bike. I am leaning towards the downtube shifts but only if they will be guaranteed to work fairly well. The 7900 levers don't have a friction option so the lever and derailleur combo will have to be on the money all the time. I might use a suitable Shimano Ultegra rear mech rather than a Dura Ace mech to keep costs down. Will the inherent flex from a Reynolds 531C frame have the gears skipping all over the place or will it be fairly OK. I am not a gear-masher and prefer to spin a gear so hopefully their won't be too much flex induced on any given spin.

If I do use the downtube levers, I plan on using Tektro RL340 brake levers with Shimano 1050 calipers. Will these be a good match for each other as well? I can see no reason why they won't work together.

Thanks for any help anyone can offer.

The shifters will be fine.
Lots of TT riders use bar end shifters, same thing as down tube, PLUS a huge extra loop of baggy cable, on steel frames with no ill effects.

Down tube shifters of the 7900 variety will be far superior to any alternative model. They index perfectly so as long as you are using a compatible derailleur your all good.

Thanks for the info. Might go with the downtube shifters so for a change, given my other bikes have brake/gear shifters.

The old Shimano aero-brake levers look nice and neat but compared to today's much larger hoods, they feel tiny. Undecided on using them or going with the bigger Tektro RL340s.

I have the 7900 shifters and they work really well. Make sure you get the right derailleur though, didn't they recently change the shift ratio for 10-speed so it's the same as 11-speed or something annoying like that? Mine work with the 10-speed 105 5700 series.
P

as far as I know everything up to 10 speed indexes ok, except for the following:

Dura ace 8 speed (never had it, thought I read it on here)

Tiagra 10 speed, which now idexes with 105/uletgra/DA 11 speed. This is because they want the new tiagra to be a poorer relative of 11 speed systems, rather than be associated with other 10 speed systems
G

The 1987 Competition was a 12-speed SIS bike, right? What we (they, actually ) would call 6-speed nowadays.

If so, you can fit pre-2001 Campag 9-speed brifters and they will index perfectly. Just block the remaining clicks using the derailleur limit screws.

Example of such a setup: 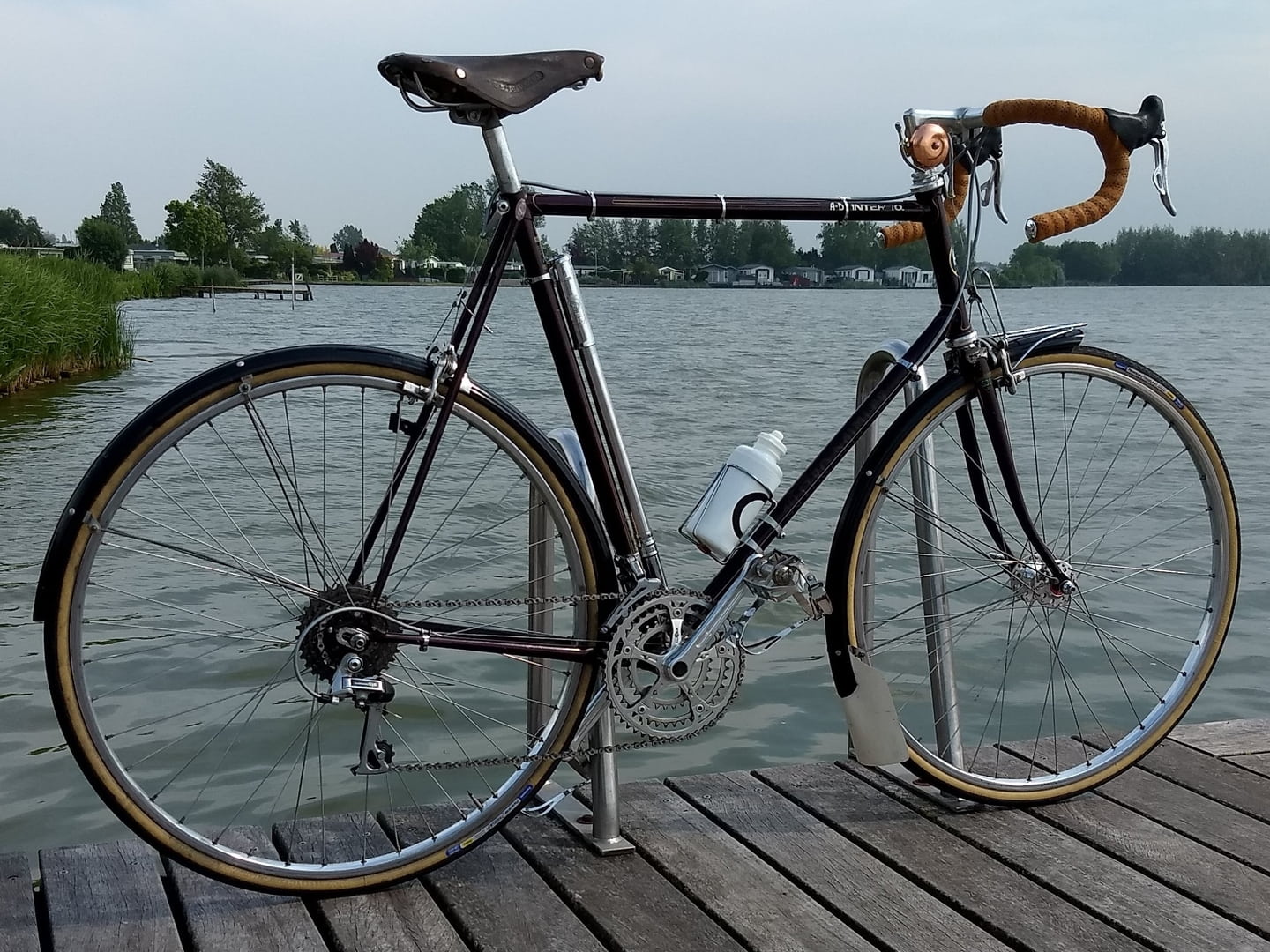 If you can find them (big IF), the 10 speed SL-7800 downtube shifters are excellent, plus they are indexed or friction for the rear.

Thanks for the info on the 7800 levers. I wasn't aware of them. Downtube levers certainly aren't cheap but I guess investing in decent gearing components will pay off. The frame and forks are "free" given that they languished in my shed and were destined for the scrap heap until I considered a possible restoration.

I wish the RL340 brake levers had a white hoods option but black hoods with silver levers will do.

What diameter clamp do I need for a Renyolds 531 frame for the front derailleur? It is a band-on instead of a braze-on derailleur required, I see 28.6 and 31.8 being mentioned in measurements for various derailleurs.

DD.
You must log in or register to reply here.