Klein Fan
As promised in the chat, here it comes.

A few weeks ago I got the Marin karma'd by a colleague. He had that bike since new. And it has been his work bike for many years. He was doing a few thousand kilometers a year, summer and winter, sun, rain and snow. He really cared about the bike, changed cassettes, chains, bbs... But lately he was more and more complaining about how hard it was to get new parts. He did not like the alivio grade cassettes, for example. I told him it was no big problem to by used stuff that was in ok nick, but for him it seems it was time for a new bike. And this is how I got his gold bike.

This is how it looked like. Poor thing :facepalm: 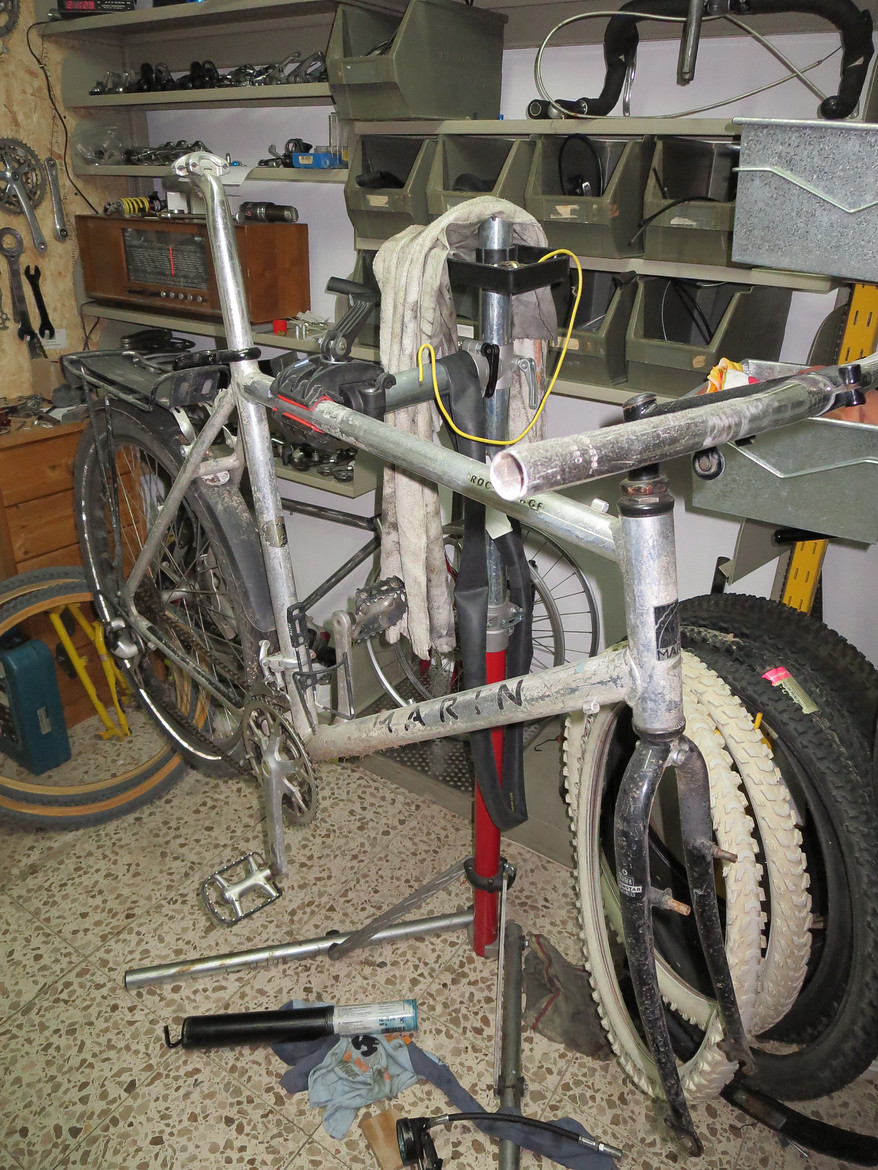 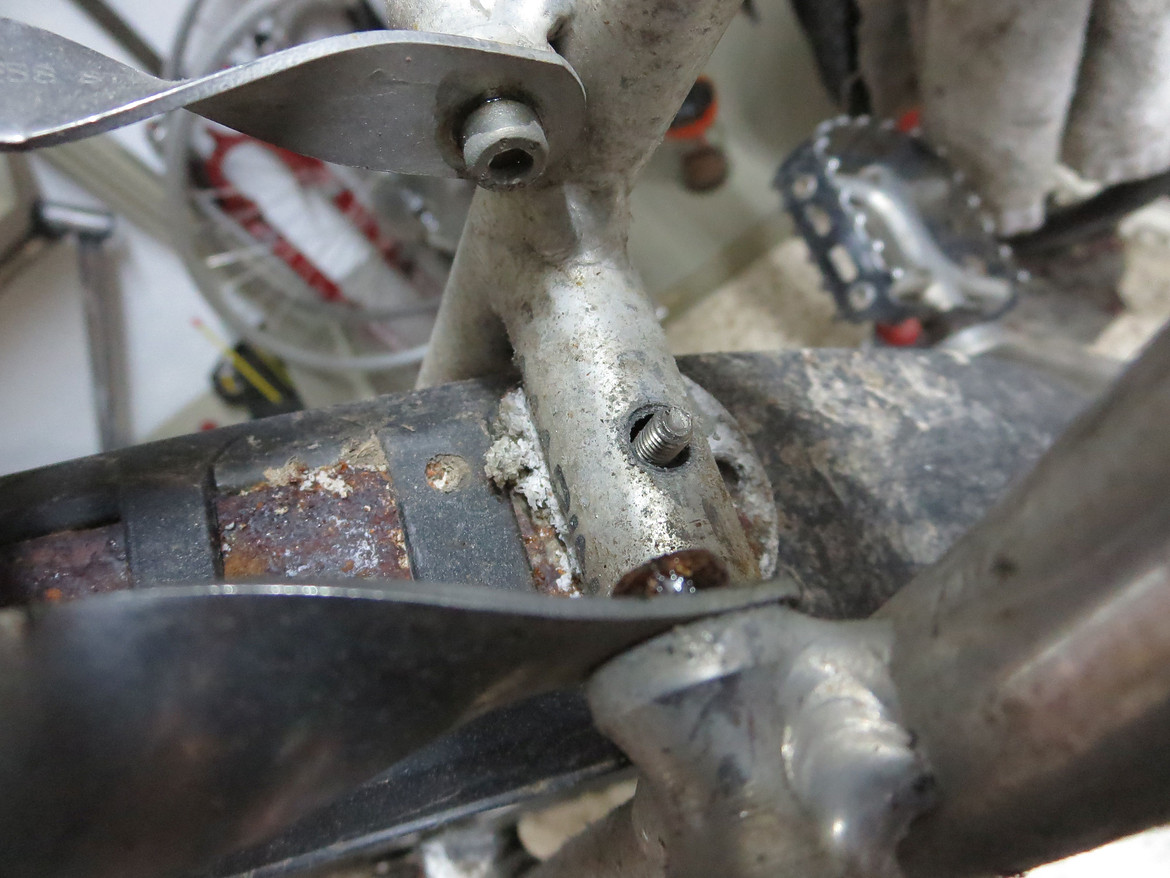 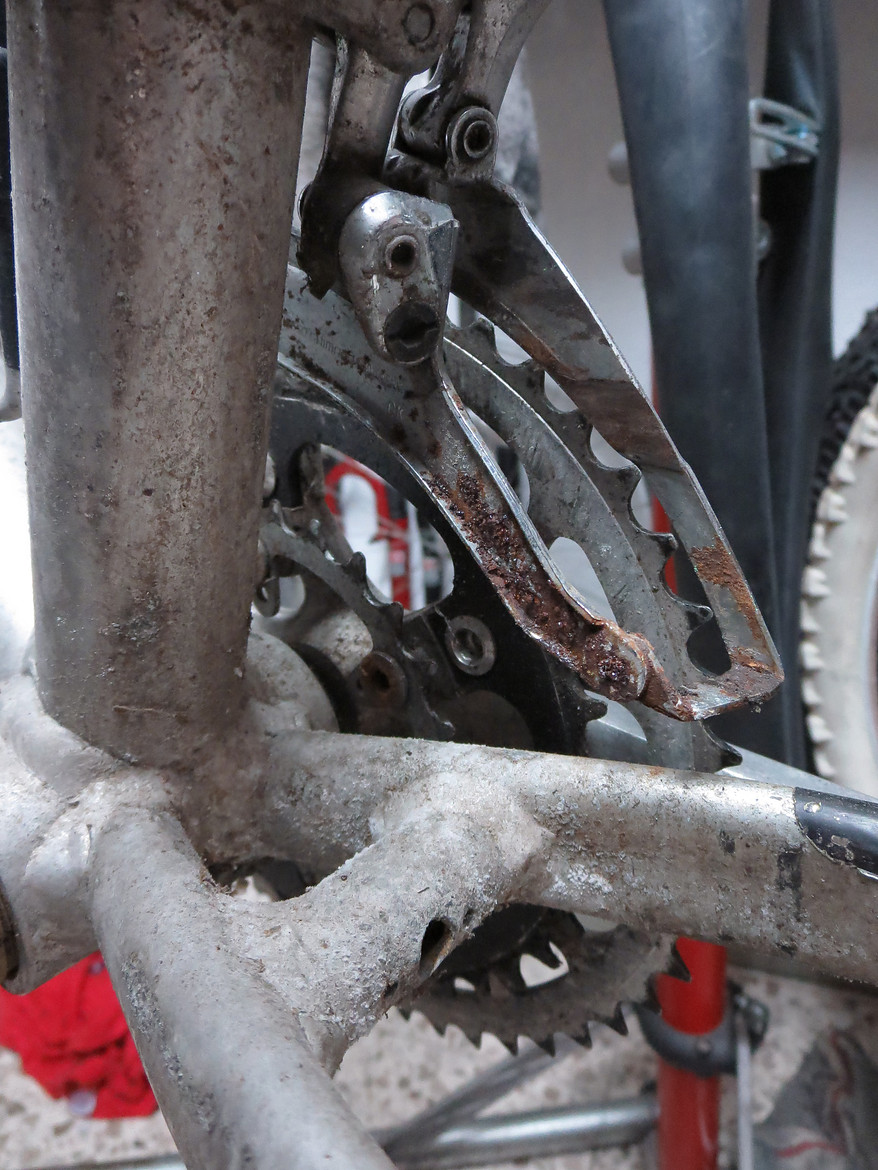 I had it sitting in my basement for a few weeks, trying to decide what to do with it. I was happily building my FSR until suddenly it was finished. The weather was still bad and I had nothing to do so... 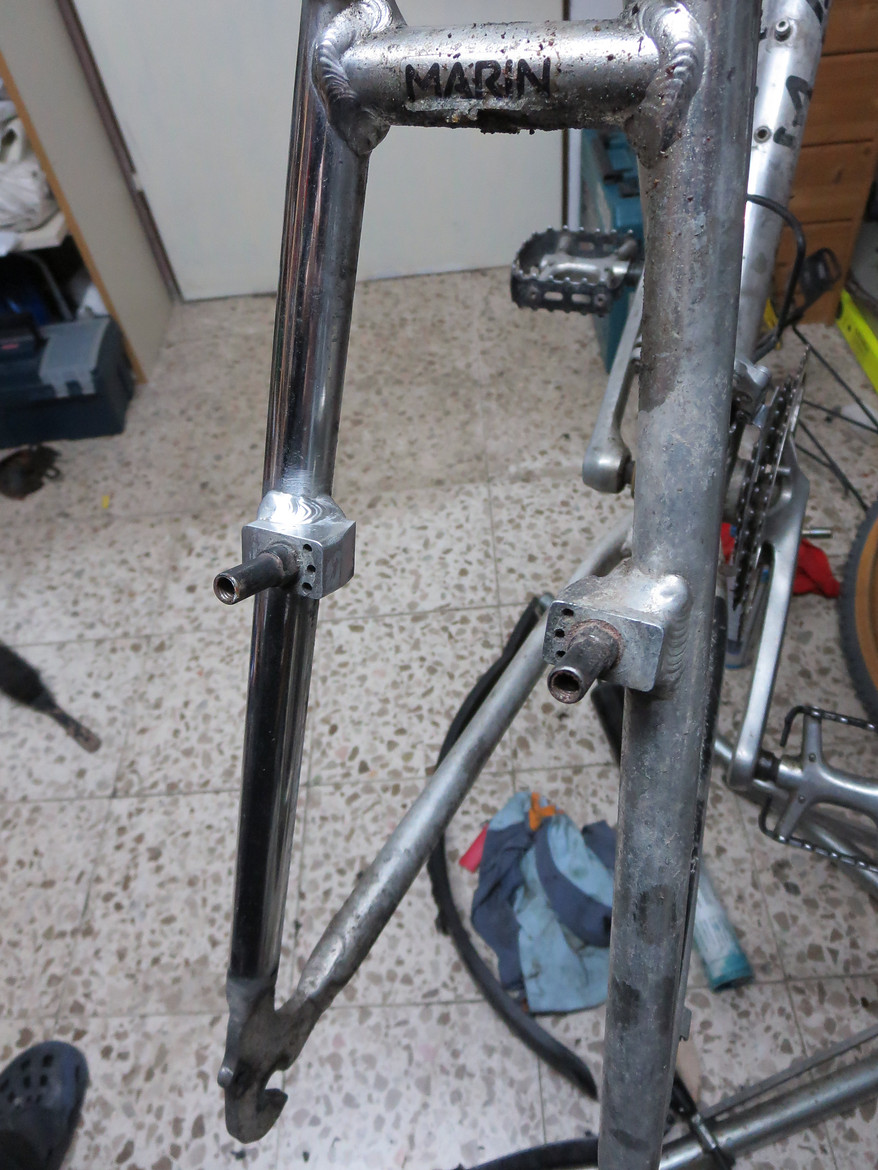 Why am I even doing this? :facepalm:

Lovely! I know it is going to be another great build
X

Marin always turned out decent product so well worth a clean and rebuild.


xxnick1975":3syhbs7f said:
Marin always turned out decent product so well worth a clean and rebuild.
Click to expand...

Yep Marin ave been pretty good at making quality bikes so this will be good and solid again after you've fixed it up so it's well worth the effort and i bet your mate will be well gutted when it's sorted as it will only be then that he'll realise his mistake ..

Klein Fan
I agree to that, too. Or else the frame would not have survived those 25years of hard use. I am pretty impressed actually. No dents, no cracks. That reminds me. I have to weight the frame!

While sanding the scratches, I was thinking about the build. Black tendency might look good. But the seatpost is polished. Hmm..
The bike came with DX/XT mix. I think it will be XT this time. Black rims, skinwalls.
I will try that first.

What I would like to try with the brakes is an old hyrastop magura. Would even be tc. But that would render the nice roller canti hanger useless.
The other possibility would be a nice set of br-m730. Unfortunately the only set I have is mounted on the biketech. Hmm...

Klein Fan
I have here a few more impressions of the top tube.

This is where the lock was attatched: 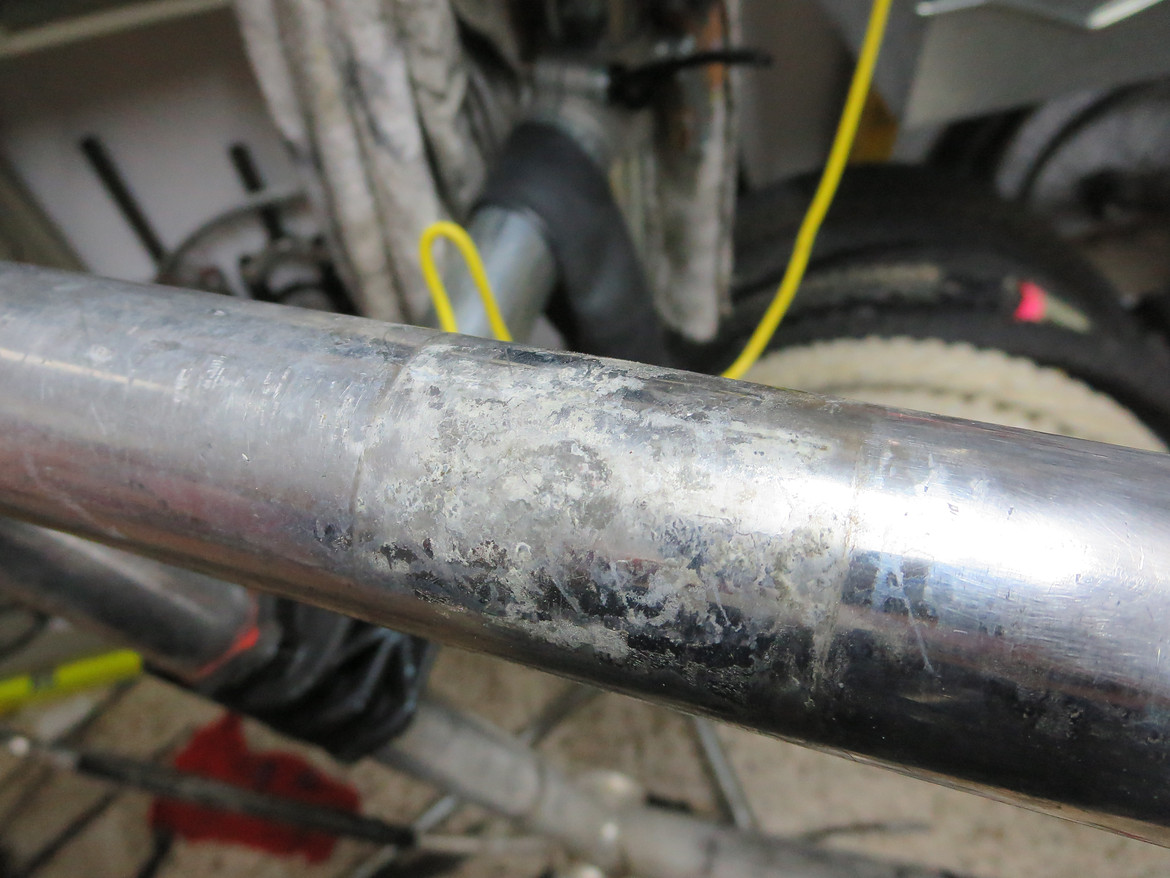 This is after a few seconds of sandig, to highlight all the defects in the surface, so its easy to picture it. The whole top tube is sprinkled like that: 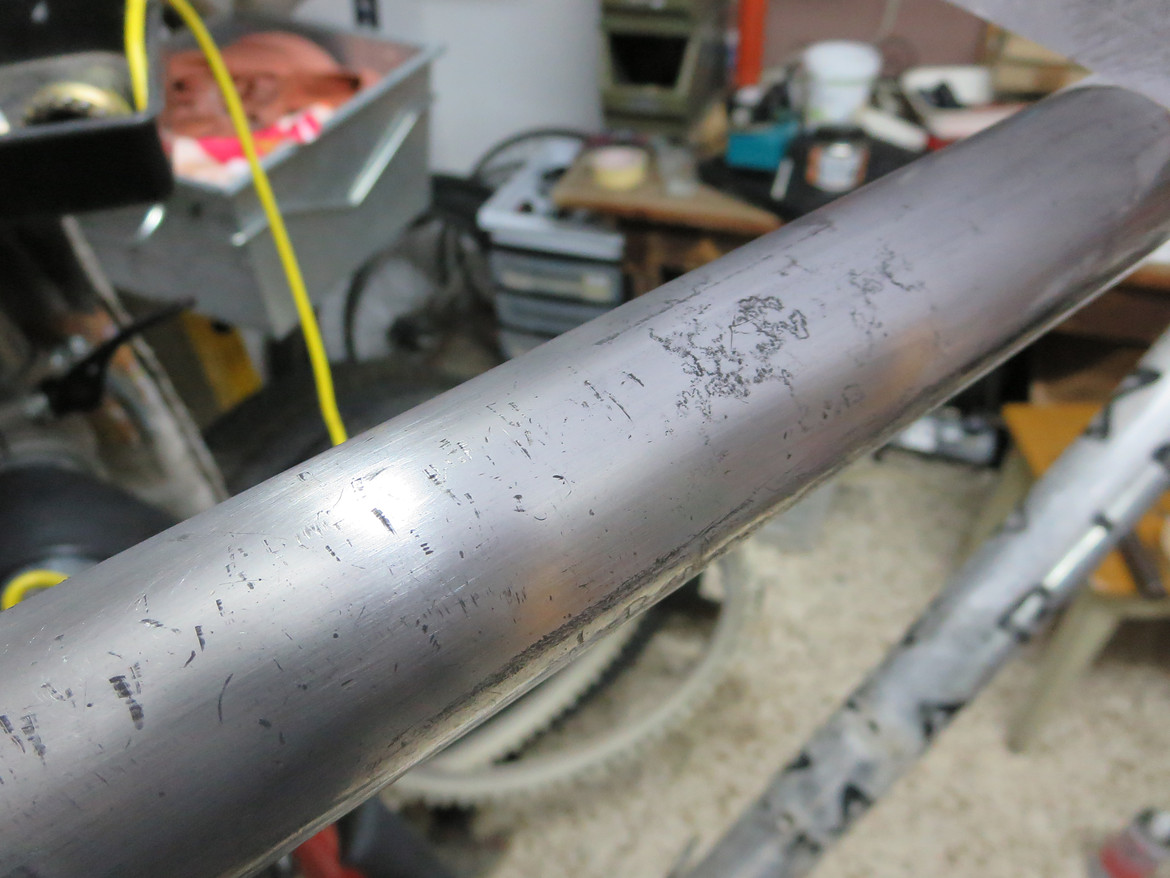 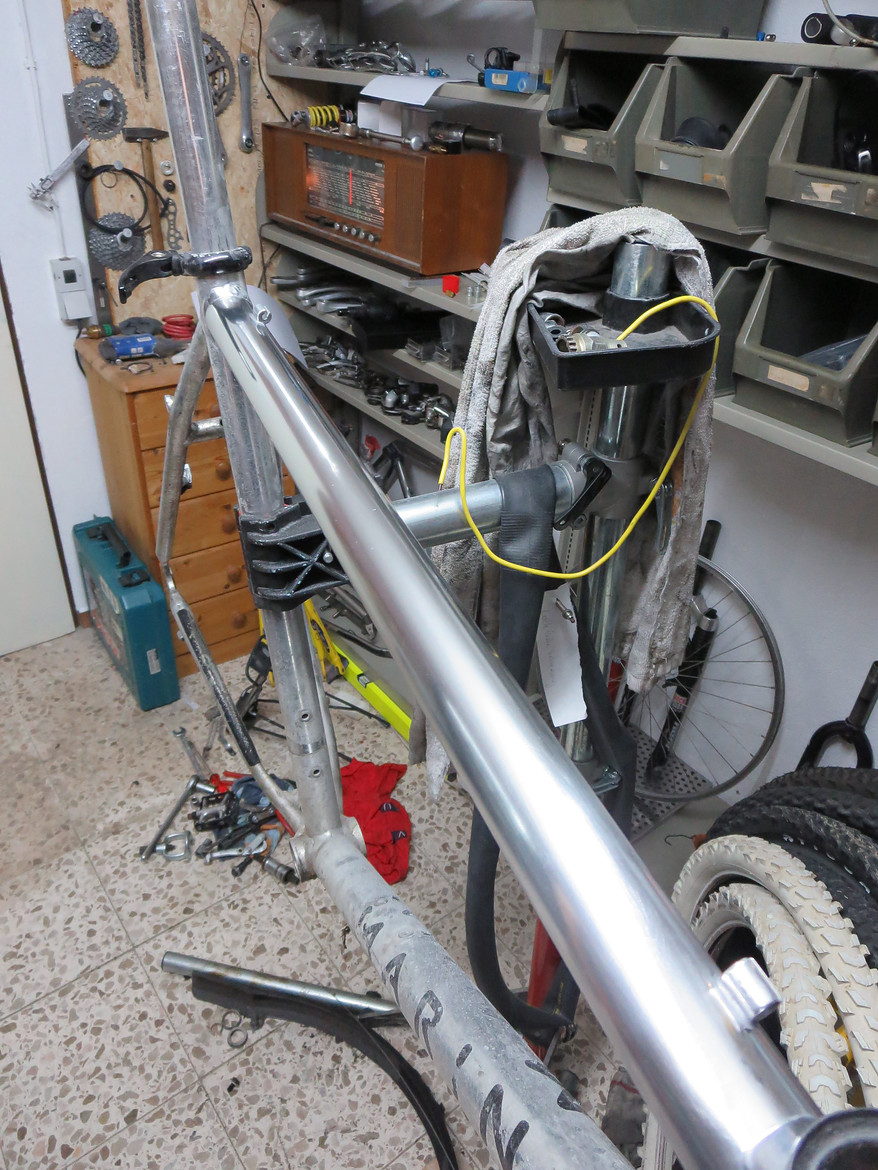 Retrobike Rider
Starting to take shape now and my size too)

Nice Marin! Looks like this thing was covered in a layer of salt! Is this all corrosion? Good to see this bike shine again!
You must log in or register to reply here.