Hi all,
A forthcoming house move has forced me to to clear out all my less frequently used bikes/parts so to make the job easier and help towards all the costs. I've already sold another (Bob Jackson) tourer but now the MacLean also sadly has to go before the purge can end.

It's a MacLean tourer which I believe is from the late 50s/60s judging from the Nervex lugs/general design. I bought the bike with many 80s components fitted, but I can see it's had a respray, so I expect these were fitted at the time this was done so to upgrade the bike. The decals look to be a more modern version of the standard MacLean ones, but the headtube badge has to be original. The bike is a classic marque built tourer set up with many of the usual touring braze ons ie. canti brakes, centre pull brake bridge, mudguard and bottle cage bosses. Obviously, it doesn't have the extra ones found on more modern tourers, but the bike is still very capable and the large saddle bag can take the place of smaller sized panniers. I also have a front rack I can sell to the new owner which will allow a front bag to be fitted.
57cm frame size (from centre bottom bracket to top of seat tube), with top tube also measuring 57cm. Rear wheel OLN is 125mm.

All the components are as original spec with a couple of slightly more modern bits of kit that I've upgraded the bike with. The Brooks saddle fitted is the Champion Standard version of their B17 model, and IMO this is perfect for touring due to the wider platform and thicker leather than many other models. It's also only just broken in, so no uncomfortable breaking in period to get through.

Colour is metallic green with gold lug lining and cream panels to match the decals, a couple of age related chips & marks have been touched up with care and this does not distract from a great looking bike, please check out the images.

Wheels are Sunshine hubs laced to Ukai 27" alloy rims, wheels are an upgrade made prior to listing the bike for sale, and rims show virtually no wear and wheels are pretty much as new generally.

Suntour XCD 4050 rear mech (not showing in some of the below pics, although close up shots taken once fitted do show it- I swapped over the mechs after realising that the older mech wasn't compatible with the Accushift indexing of the shifters).

Karrimore Dalesman saddle bag with Uplift supporting rack so the bag can safely be fully loaded without danger of supporting straps breaking (this can be removed if you prefer the traditional look).

I will include a quality bottle cage if it's required. I also have a quality same era dynamo front/rear light set up I can sell to the new owner.

The bike is in pretty excellent condition and I've fully rebuilt it from the ground up, fully servicing all parts and checking for any wear/damage. So all parts work as they should and set up has been fine tuned to give optimum performance. The bike is ready for some serious touring/audax action

Collection is preferred (Hendon, NW4), but I have a bike box handy so can post the bike if needs be. 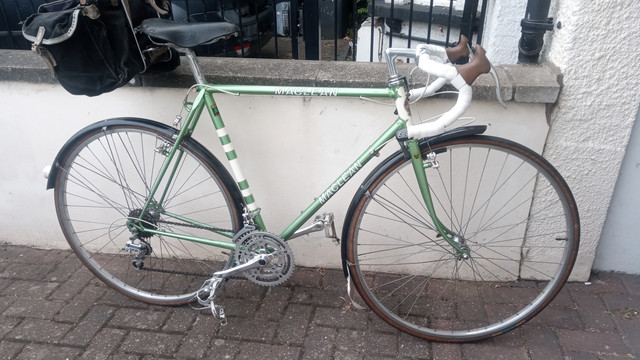 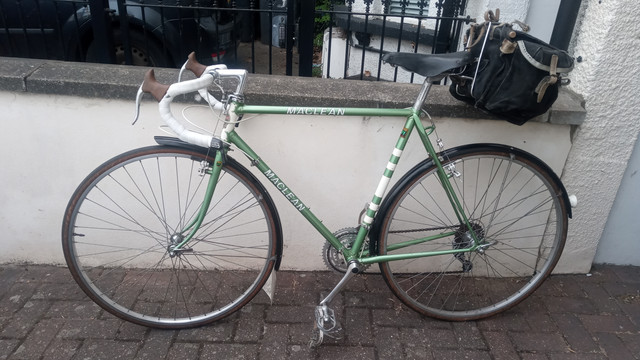 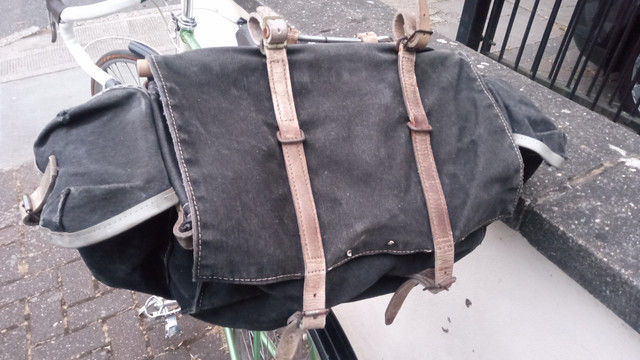 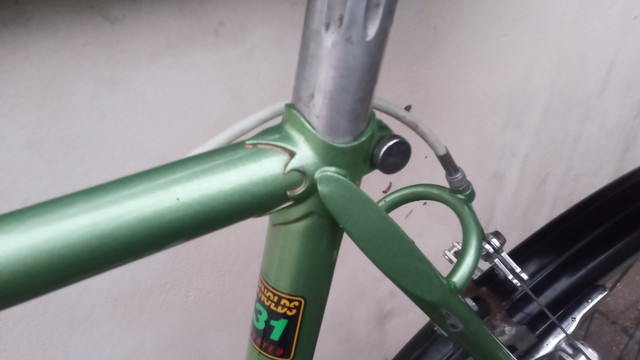 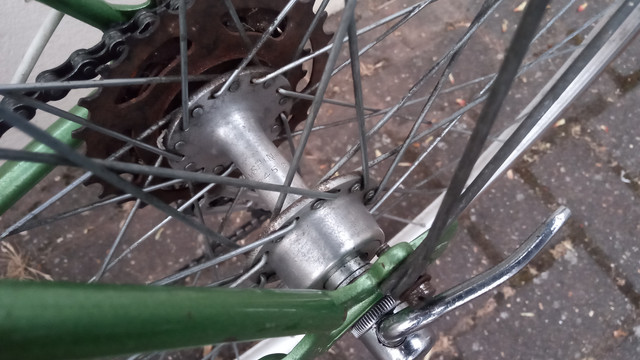 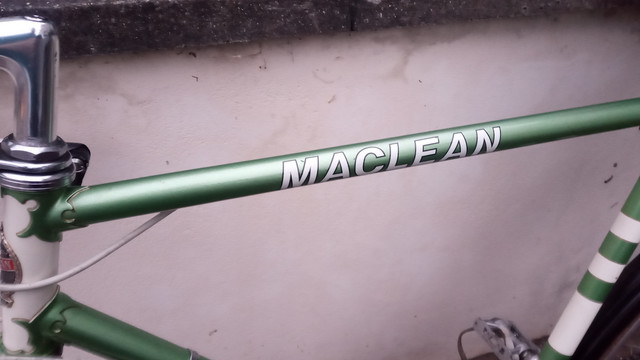 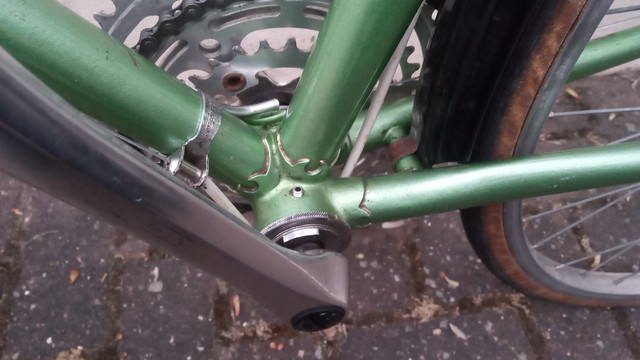 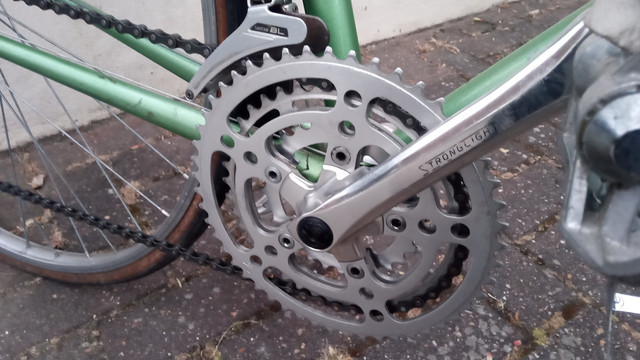 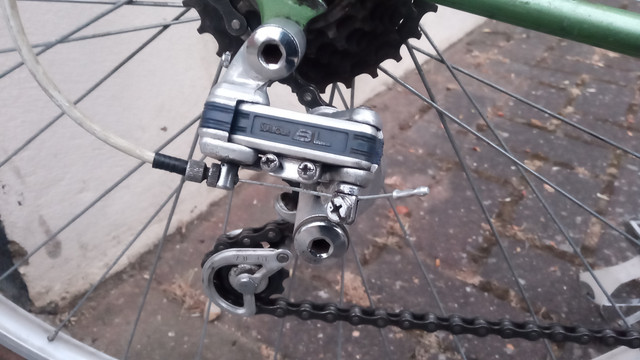 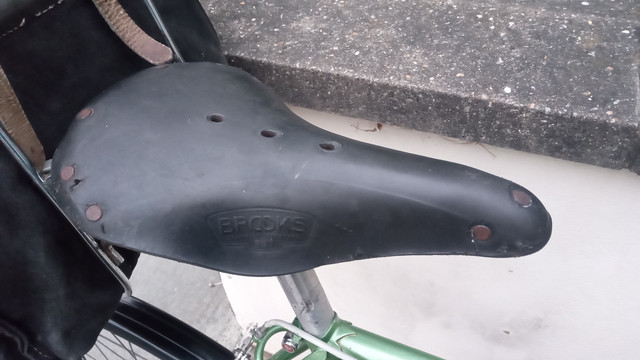 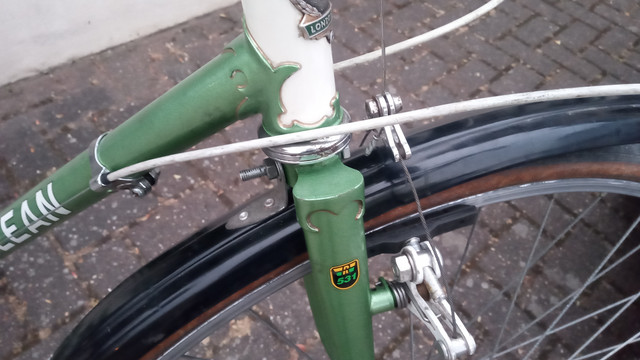 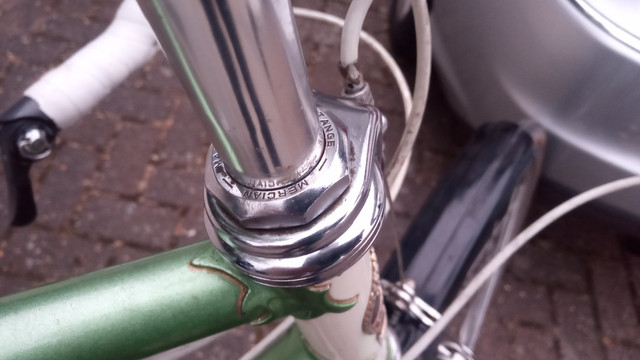 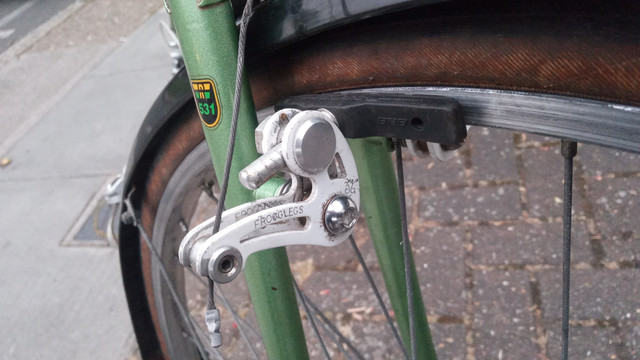 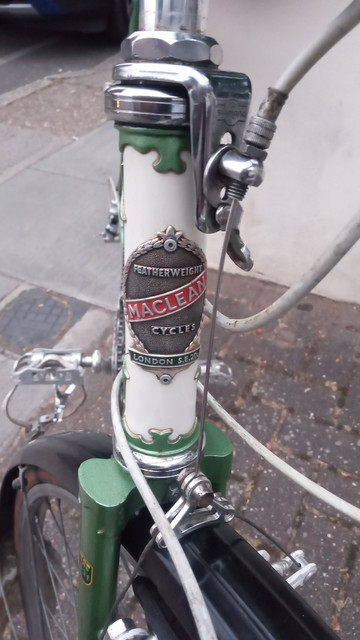 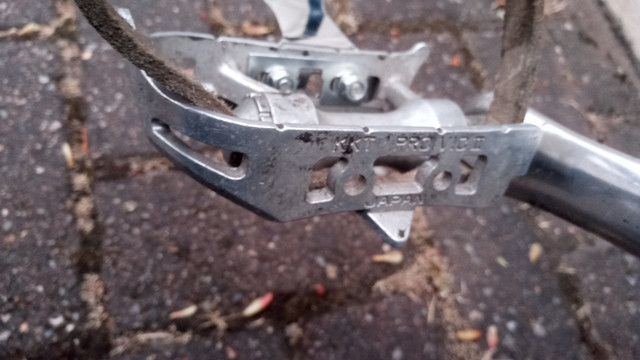 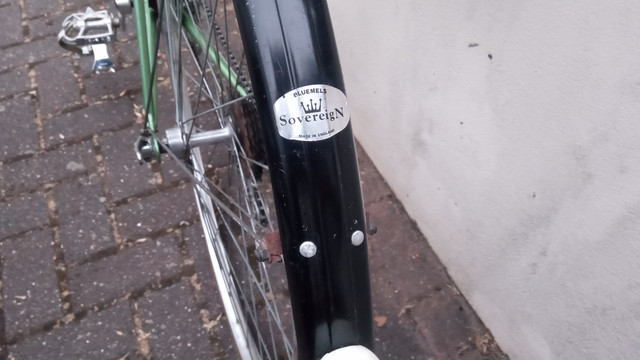 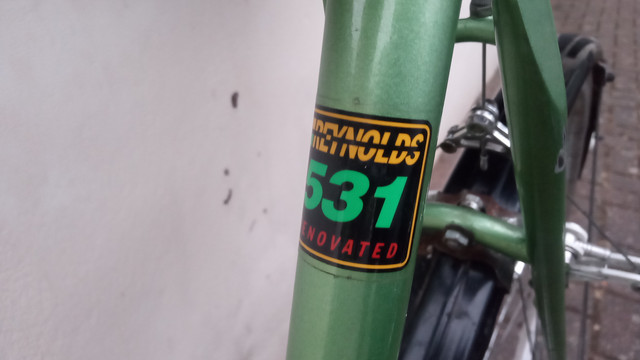 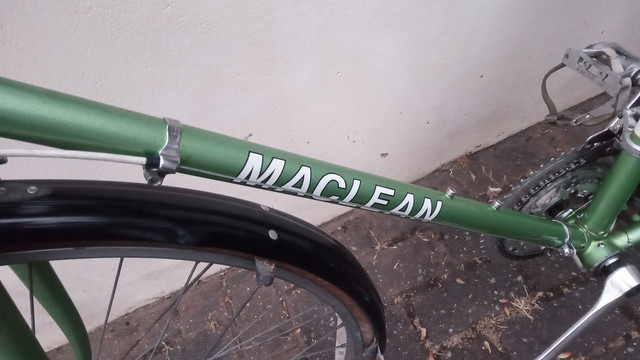 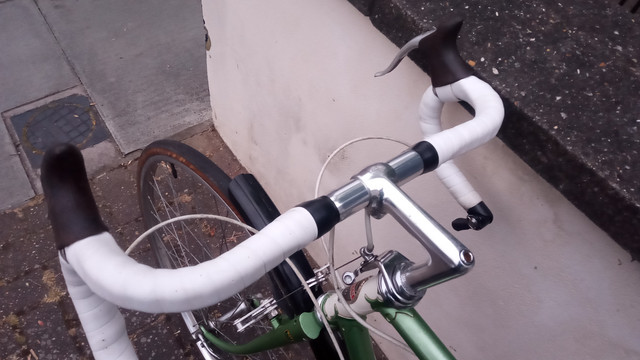 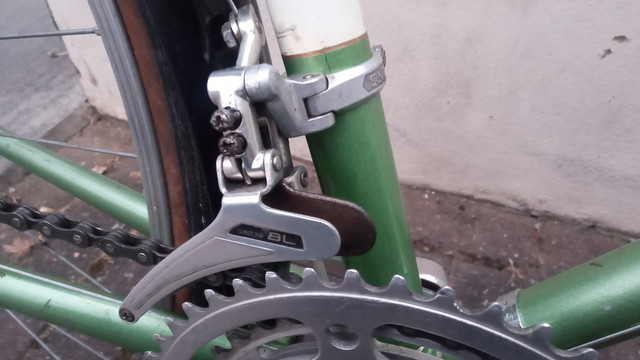 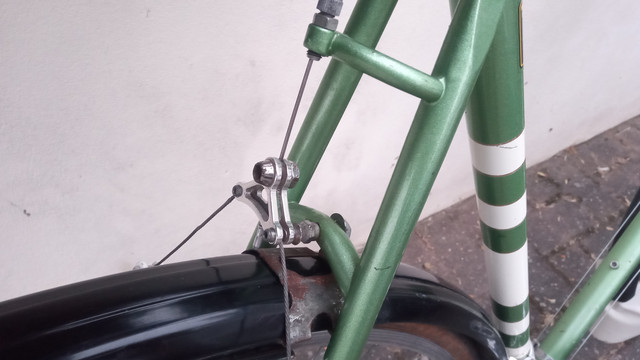 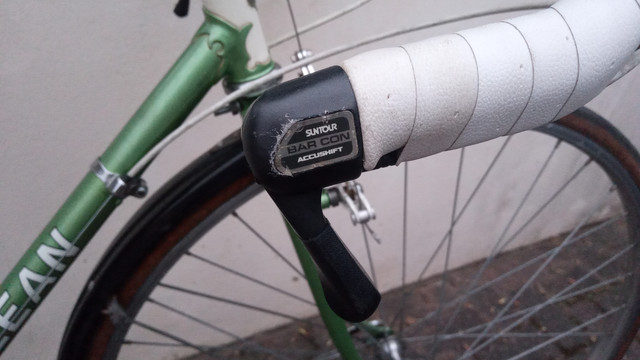 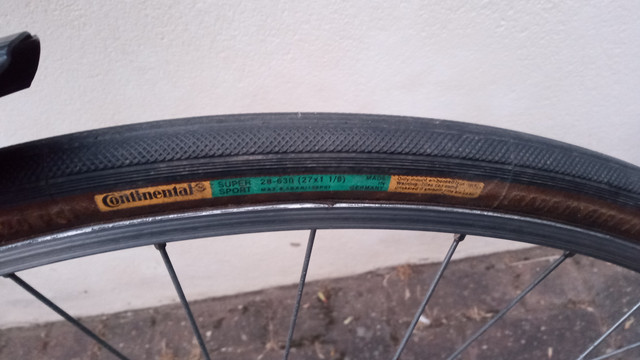 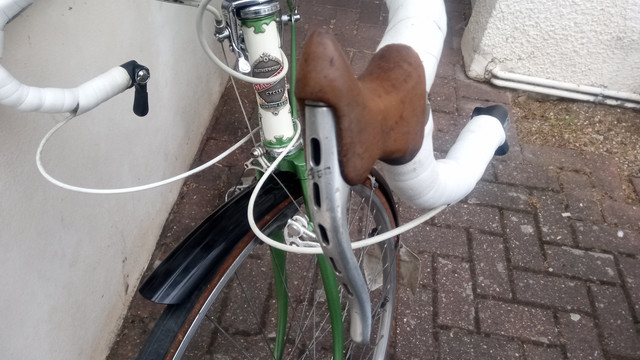 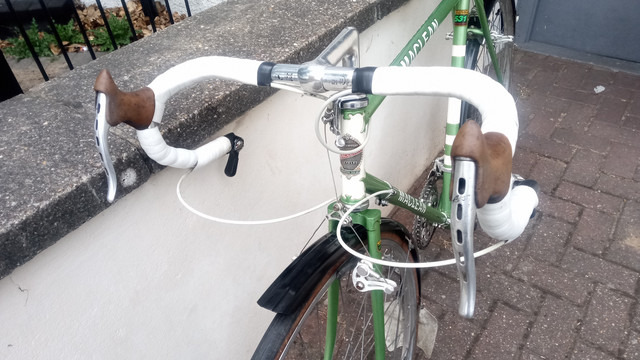 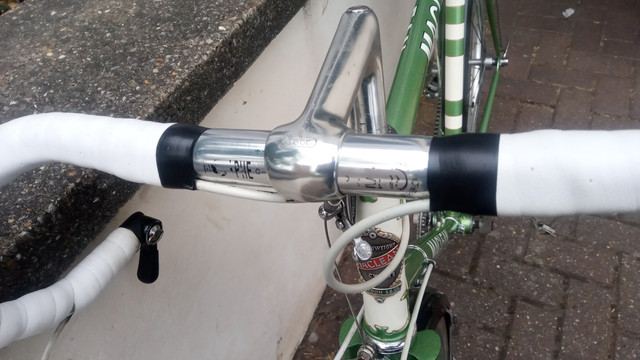 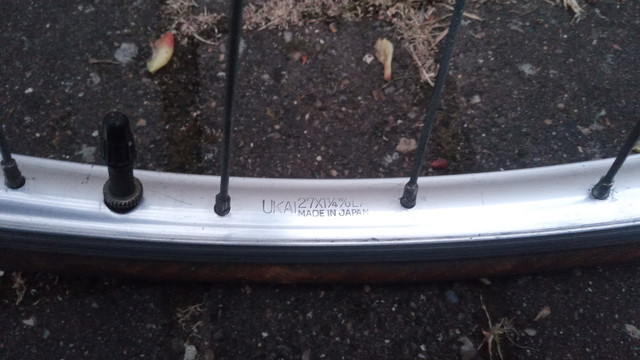 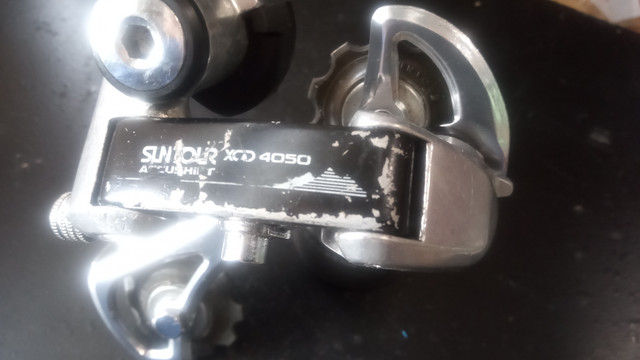 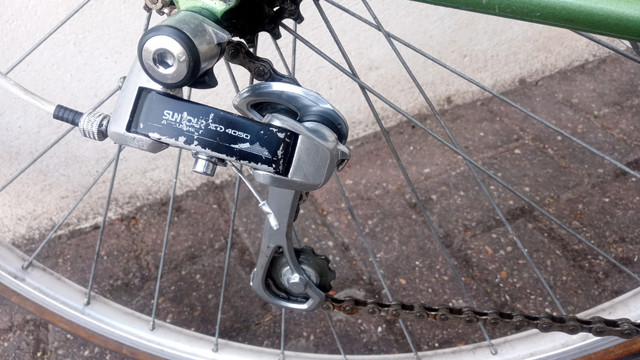 Price drop, now £330. I'd hoped to sell the bike to a fellow Retrobiker, but there isn't much interest so I've reduced the price a good bit- however, no more drops after this one as I'll have to go with Evilbay soon as am in quite a hurry to sell due to moving house.

Thread now closed as listed elsewhere.
You must log in or register to reply here.