Crikey, has this frame still not been built up yet!

I first added this to my records on 20th September 2011. I remember the advert at the time saying that it had never been built up.

Rightyho, I have updated the Titanium Serial Number List again with a 1999 model.

Sadly this example has no Decals, or indeed the Red Painted Headtube that was featured in the catalogue that year. They were available either with or without paint, although I have more examples on file without the paint than I do with.

Many that were painted Red have since been stripped of the paint. See example below of a 20" frame with the Red Painted Headtube: Blimey, this is getting a bit hectic with another 1999 Hei Hei to add to the List, courtesy of Alasdair - this is like proper work!

It seems somewhat surprising that after zeroing the sequence for the 1998 Hei Hei and King Kahuna models, that in its final year of production in 1999, the Hei Hei sequential Serial Number reached 146 - note that by this stage TST were also repeating the Serial Numbers across sizes and models.

In a reply to a question that I asked Kona Tech in 2011 regarding how many were made, they responded with:

"We’d see about a hundred Ti frames a year back then but they were built to demand and sometimes you would give the folks at Titanium Sports a call for another 50 if things started hopping.

Yet despite this demand, the Hei Hei was dropped from the 2000 catalogue. More notably however was that the King Kahuna did feature in the 2000 catalogue, but none were produced, while the production of the newly introduced Score Titanium Model was halted mid season.

This along with the ending of the Custom Program for the Ku and Hot - It's like the market for these high-end desirable frames had moved on overnight.

BoTM Winner
Found this for sale today not sure if it has been included on the list or not. 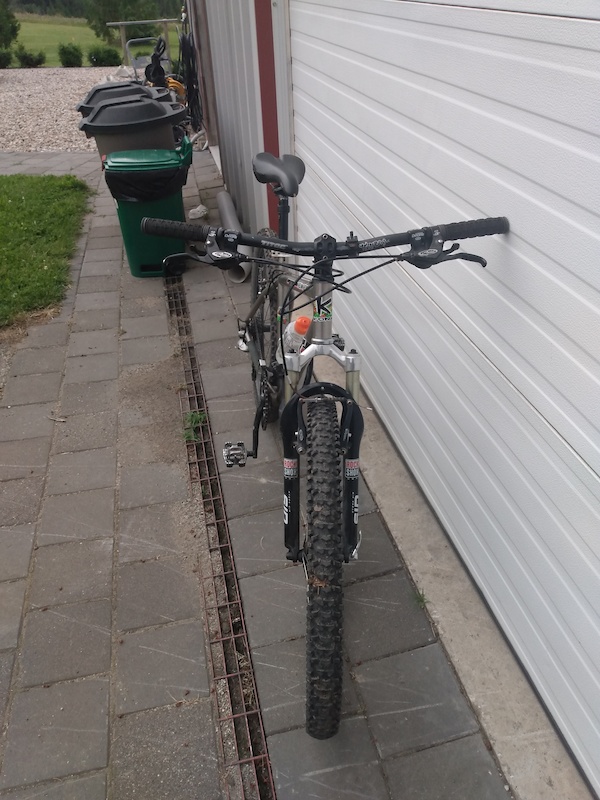 Baulz said:
Found this for sale today not sure if it has been included on the list or not.

Thank you very much for bringing this to my attention. I don't seem to have this bike in my records from both looking at the build, and studying scratches on the Top Tube Decal. I have asked the seller for the Serial Number, with a view to adding it to the List.

Hi All. First post... Picked up a Hei Hei a couple days ago and stumbled across this thread while searching for decals... Will add it to the list. BG18011, Bullet stays, solid dropouts, tall seat tube, 21.5" top tube. Will add some pics later today. Also, for interest sake, I have a 1994 Cove Hummer (SSD18050) that I have had since about 1998 and the fab details are very similar to the hei-hei. I know kona and cove were close still in that era. Interesting to compare the geometry differences... Will post some detail of that as well if anyone is interested...

Thank you very much for posting this. As you may have seen, there are currently five Hei Hei frames with a BG prefix. We think that this possibly stands for (The) Bicycle Group, which Kona were trading under in the early days, although by this point they had moved on from that.

Please do post up some pictures of the Hei Hei. I will need an in focus shot of the Serial Number to add it to the Serial Number List as conformed. If you have any difficult adding pictures to a post, I can give you my e-mail address in a Private Message (Conversations) for you to attach some. Thank you very much for the picture. I will add your frame to the Serial Number list soon.

Are your Dropouts like the version below seen on BG18014, which have no triangle cutout? These are the only example like this that I have on record. Pip
You must log in or register to reply here.