As I got told off for posting too much in the Kona thread about my Roast I'll post about it here.

I've just finished getting it back into a riding condition after being sat in the garage for the past 7 years. 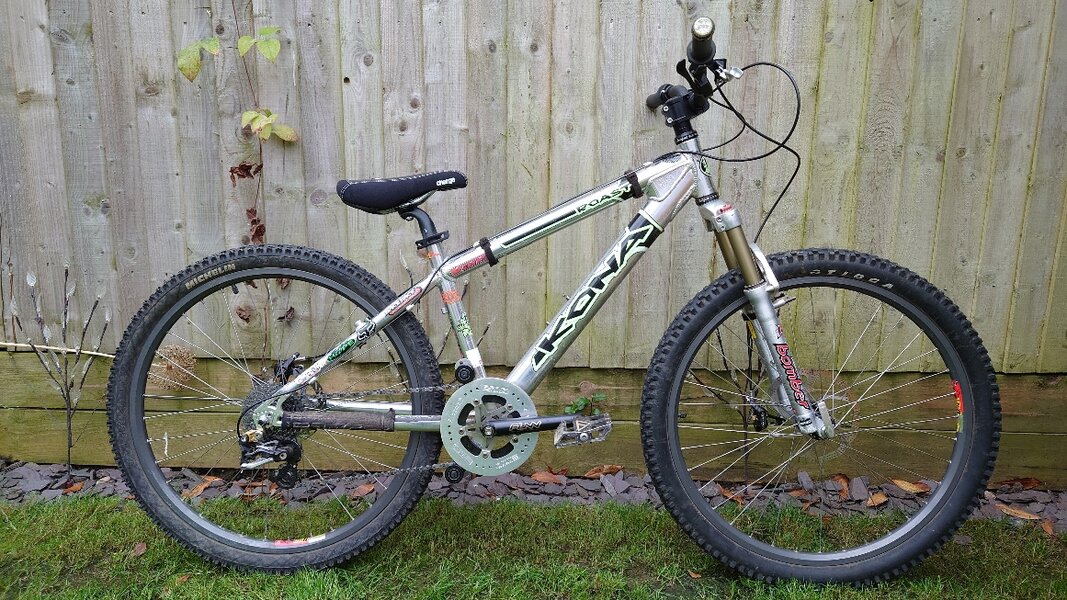 The only thing I really needed to do was fit some brakes. It used to have Hope C2s but I was never happy with their performance so sold them a number of years ago. At the time I started to fit some budget brakes but lost the will to live when the hose was about 10ft long and I couldn't be bother to shorten it.

I somehow collected 2 sets of hope brakes for my Arrow build whist hunting for 2 Mono Mini no. 5 calipers. What I was left with for the Kona was a M4 no. 8 caliper, Mono Mini no. 3 caliper and some levers.

I like the look of the M4 on the front and on initial fitting and bleeding I discovered that it was leaking from one of the pistons. After stripping it down I found that one of the pistons was heavily pitted. Shame as I like the metal pistons. New seals and phenolic pistons installed and it seems to work well. I had no problems with the rear Mono Mini. 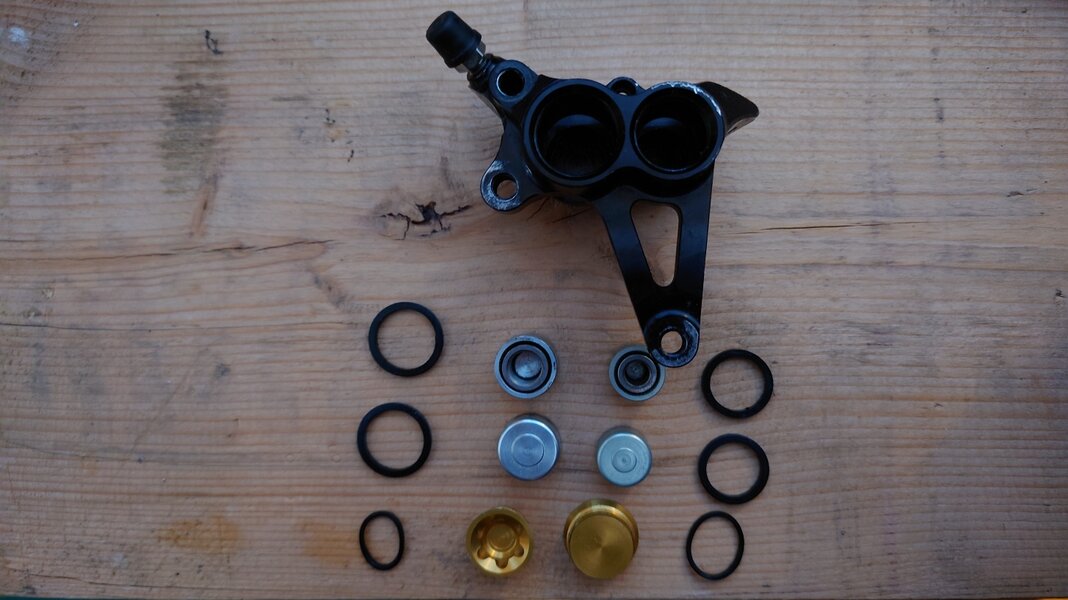 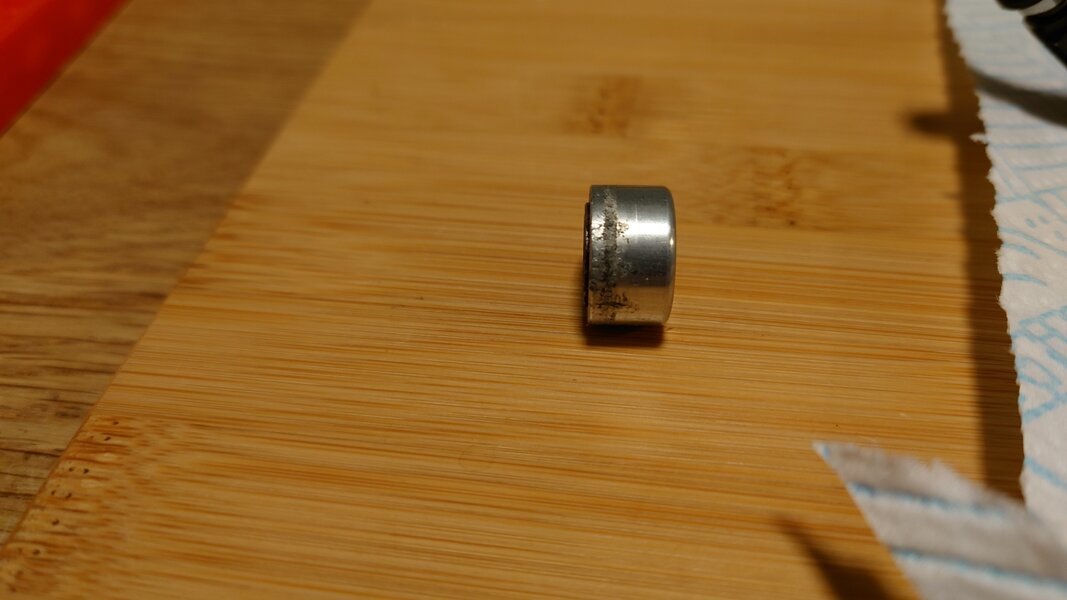 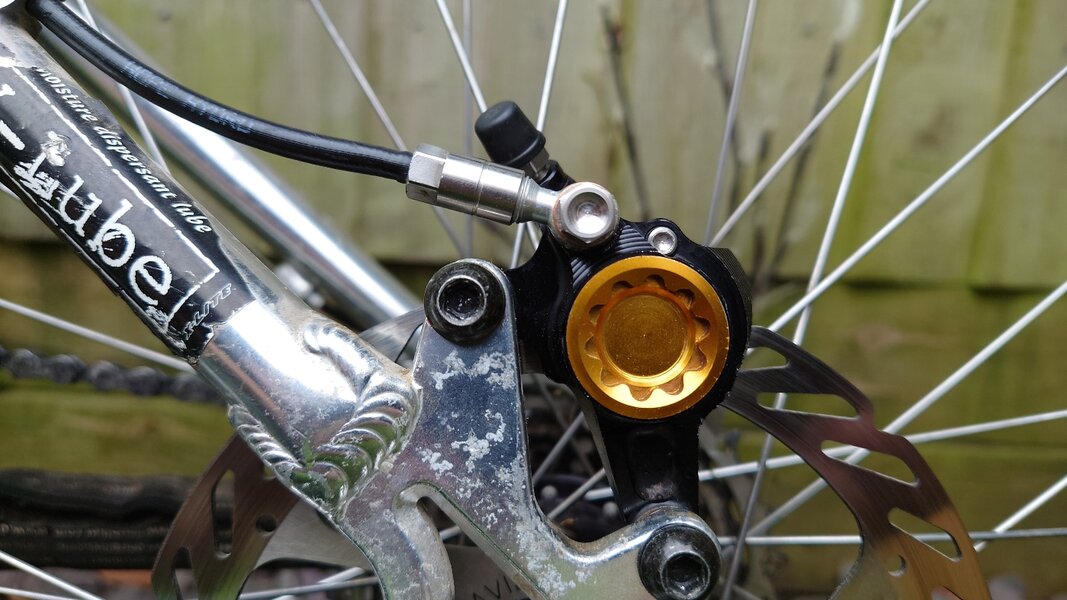 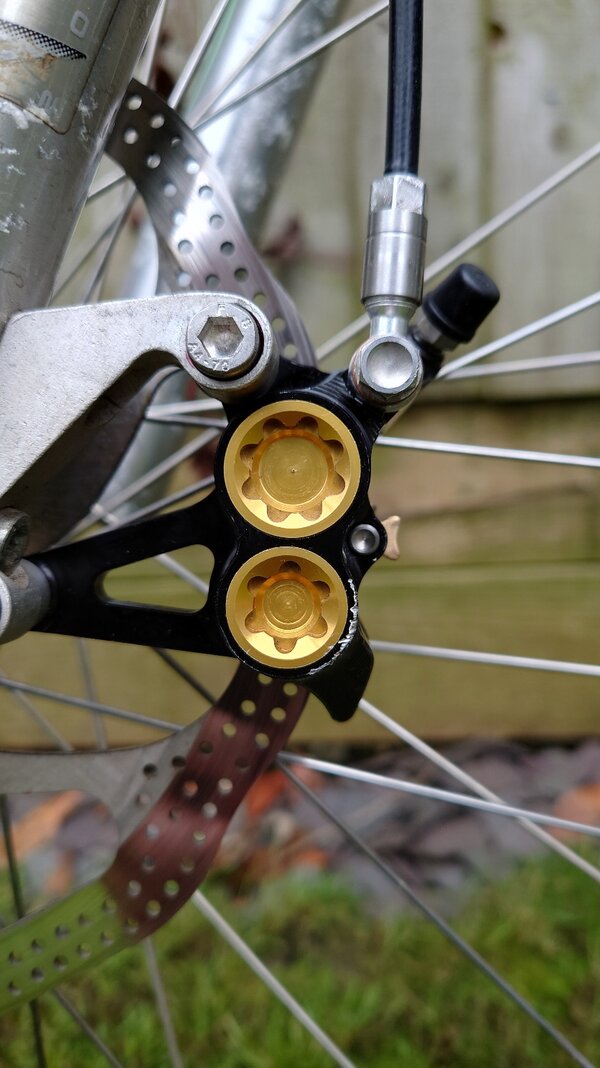 While fitting the brakes the lower wheel on the MRP chain device decided to disintegrate. Luckily I had 2 spares as I'd ordered some for the Arrow that I didn't need anymore. The new ones are black rather than the original orange, I prefer the black. 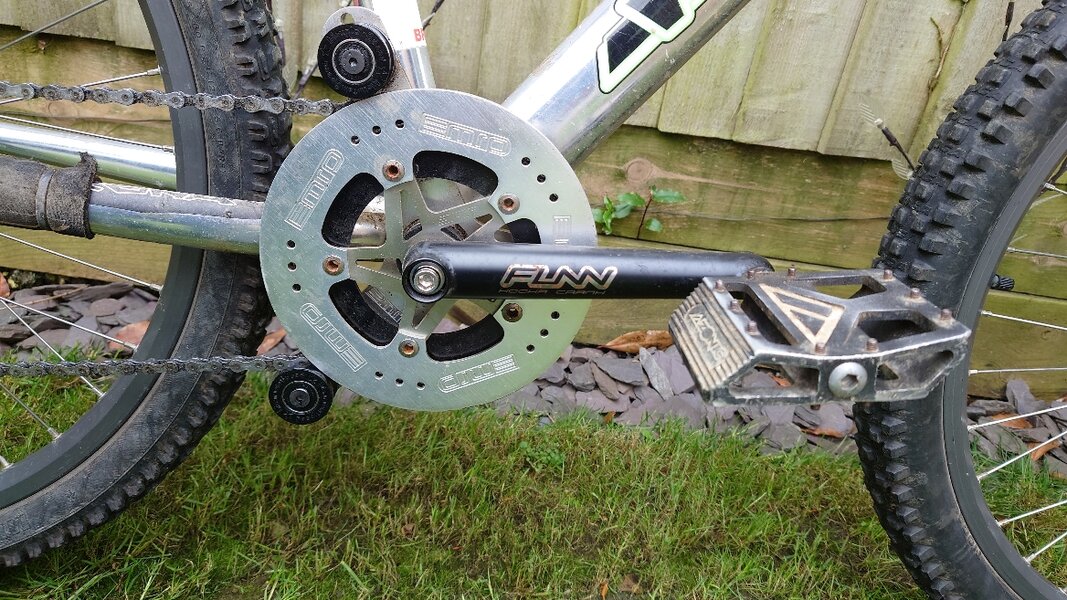 Last thing to sort out was the seat post as it wouldn't go down any further, which isn't good on a jump bike. After cleaning the post and the inside of the frame I discovered the post was bent. This must've happened through general riding as I was using it to ride to work. I just lopped off the bottom 6 inches so it will now slide into the frame. 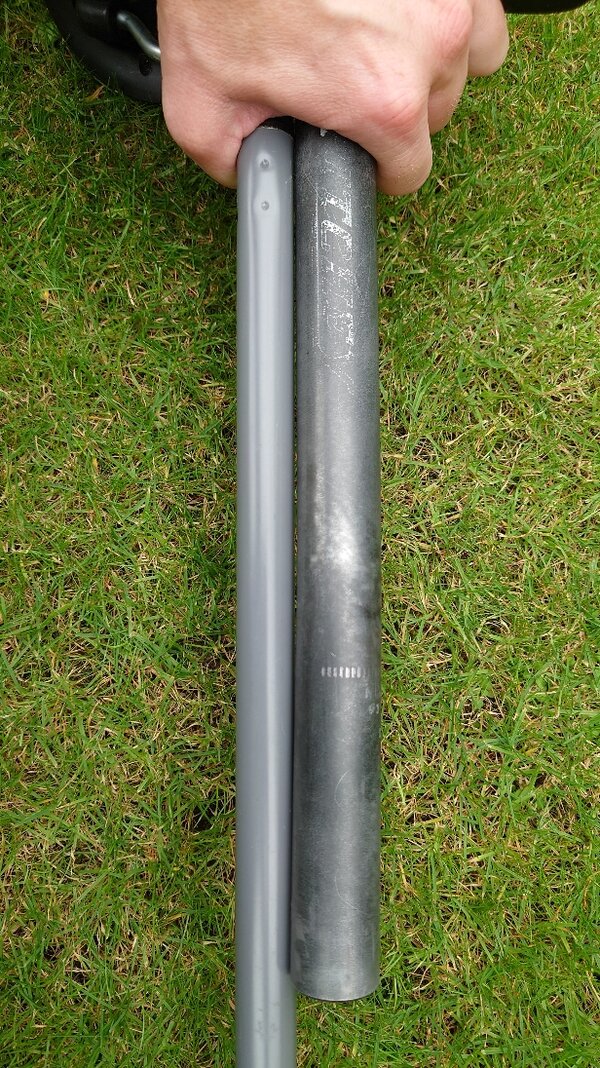 Some other photos
Love the end caps that you can fit bottle caps on. They were called Mucky Nutz 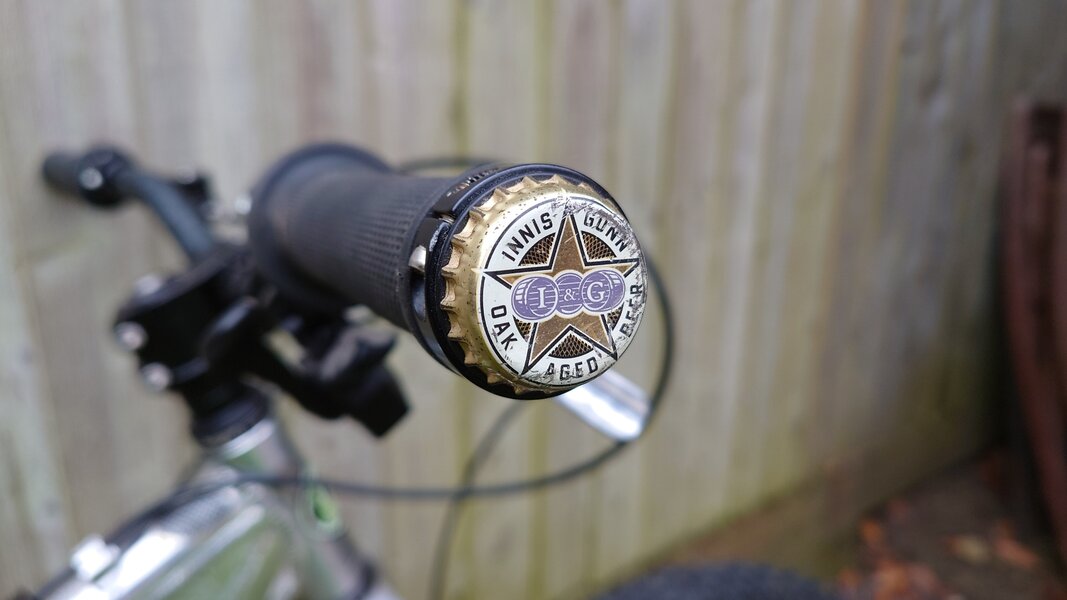 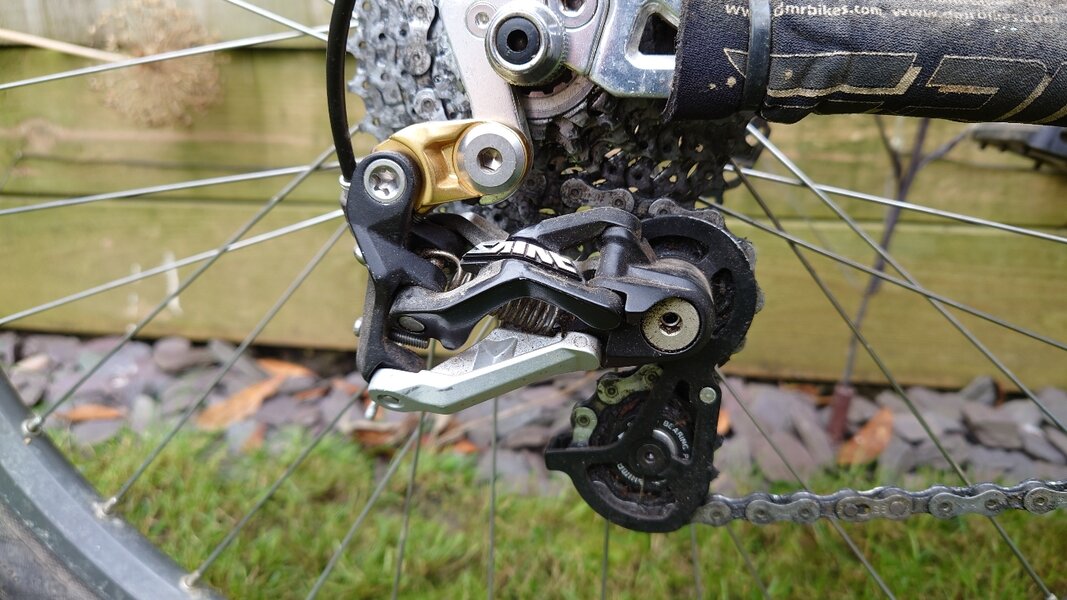 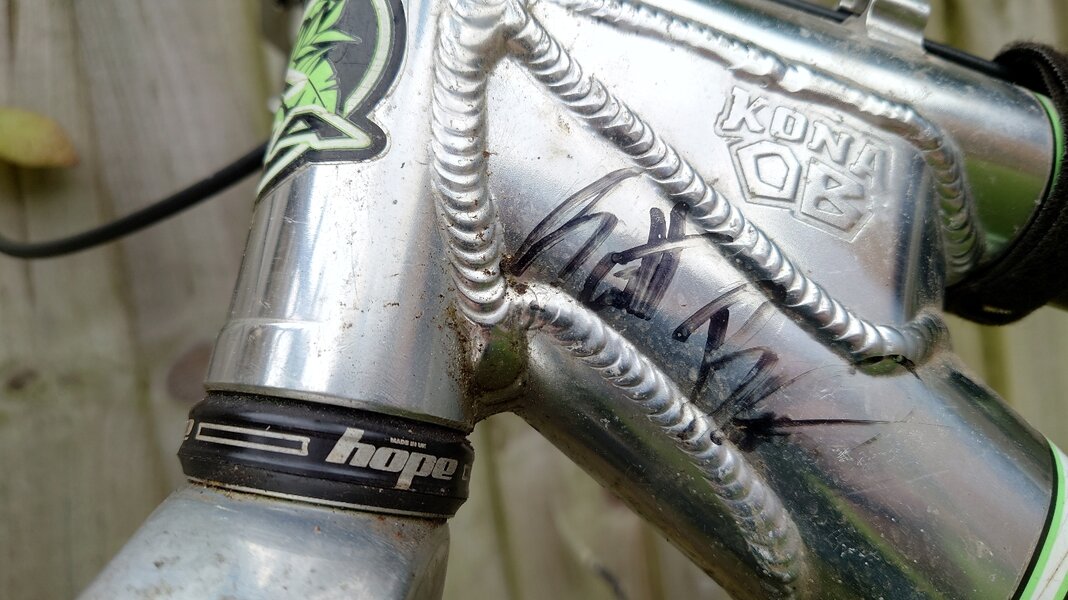 If you still have the orange top roller for the MRP then i am in need of one
Click to expand...

I do still have it minus the bearings. I'm not sure how good it is though as the bottom one just disintegrated.

Orange 🍊 Fan
Cool bike, love the cranks and those bar end caps, I need those!

grey-beard said:
Cool bike, love the cranks and those bar end caps, I need those!
Click to expand...

It used to have Azonic 3 piece cranks but they got a bit rusty so replaced with the Funn ones.

I have found those bar end caps on Amazon for £18 and Keift-racing for £10. I think I had some Azonic bars but the wall thickness was too thick so had to get some thin wall bars so they would fit.

Lovely
You must log in or register to reply here.