Long time no see type bump. Preparing for Mayhem this year is a good excuse to sort out A'ha. The chain-line / lack of sensible space between the chain and rear triangle needs to be solved so a few set-up config's are likely.

One easy fix is the ride itself. The fleagles look nice but for me, impractical. There're way too wide and it feels like I'm cycling an old shopper. So, back on is a nice X-lite riser from their last incarnation from the mid-late 00's. They suit it look-wise and after a short couple of scoots around the block the ride is improved by about 1000%.

I'd forgotten how much of a tank it is, but also how much fun it is. A right old cruiser that's now a bit more eager to get on the rough stuff. Fingers crossed I can get a lap out of her later this year. 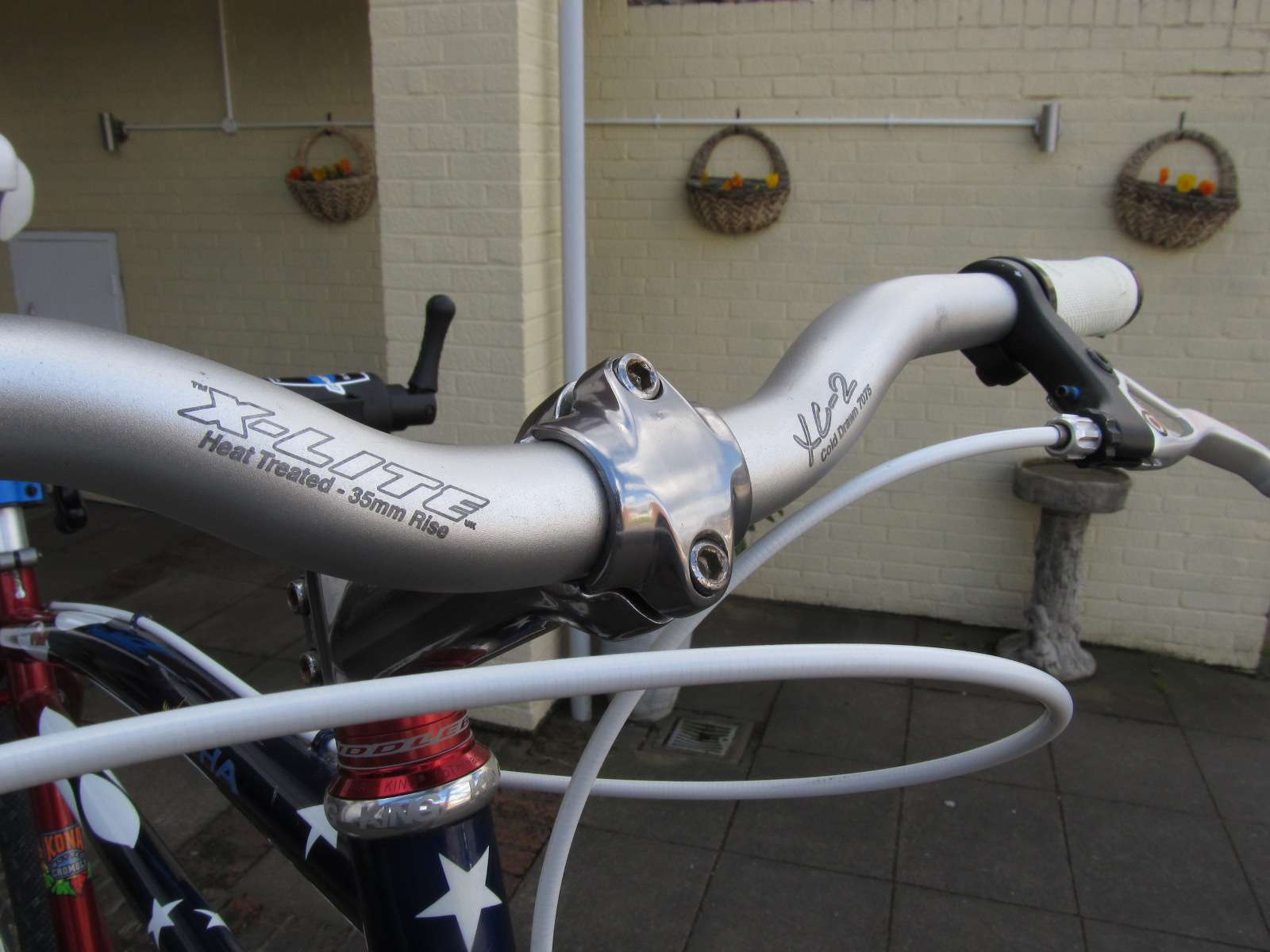 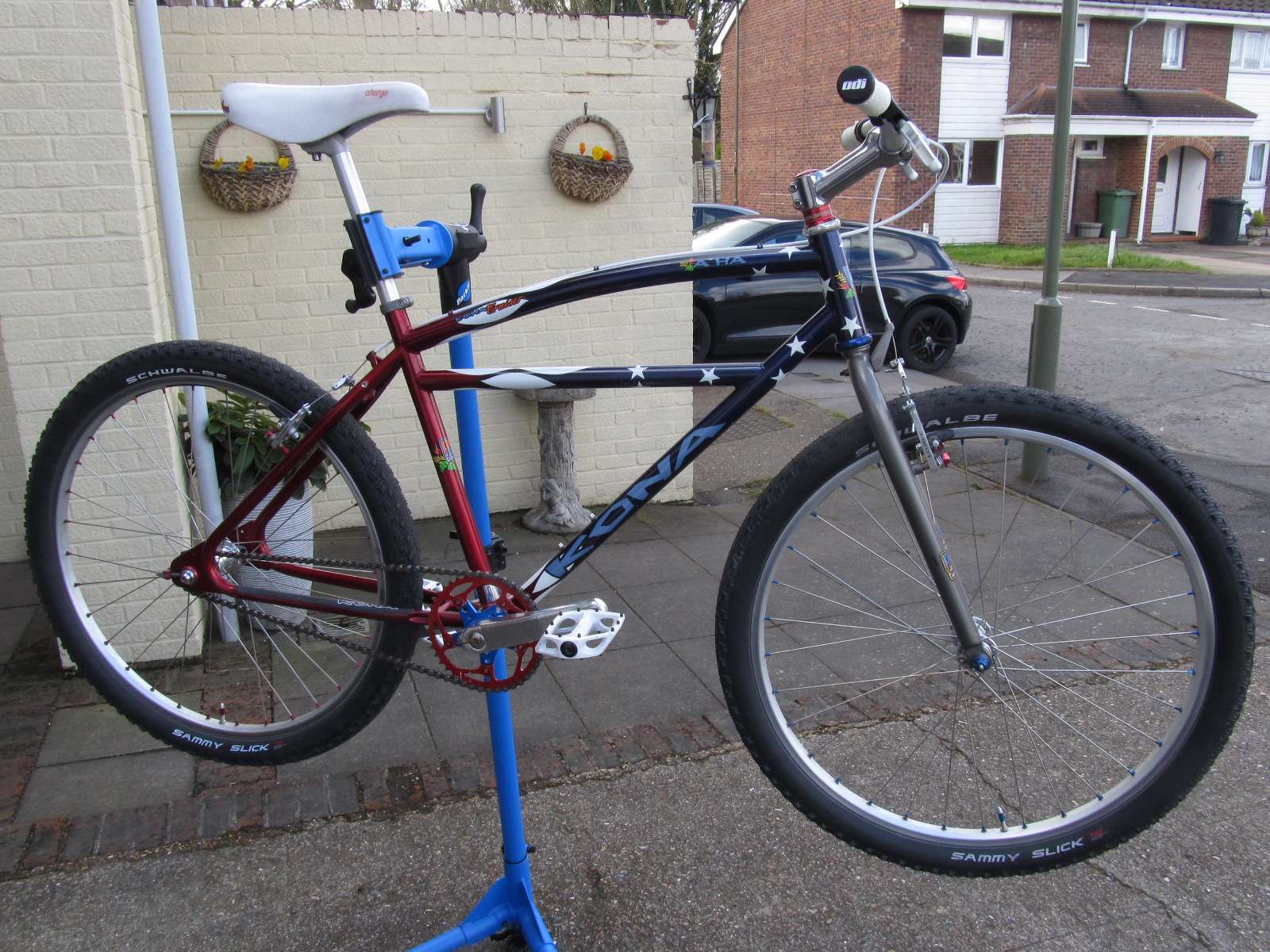 Very nice!
I rode mine to the beach last week. The A'ha and I are rarely in the same country, so it was a rare treat. After exclusively riding 29ers for the last 8 or 9 years, it was a very lively ride, not tank-like at all.
Although TBH, I don't remember the last climb to home being that tough in past years, but I'm blaming that on me not the bike


DM":tku1xdzy said:
After exclusively riding 29ers for the last 8 or 9 years, it was a very lively ride, not tank-like
Click to expand...

I think that says everything I need to know about modern bikes Riding this compared to the fleet, it's like riding an iron horse...literally. It's still a heap of fun but nimble and agile she isn't.

The diary god's were kind this weekend and I had a free day on Saturday. With MM not far off and a half marathon the next day I decided to spend the day cruising along SE London, heading to the river Cray, to the Darrent, to the Thames and into the city. As expected there were some rough bits but once we got onto the Thames Path at the Cray/Darrent marshes, we had a lot of fun on the gravel terrain. She performed flawlessly and it a much nicer ride with the risers replacing the fleagles. 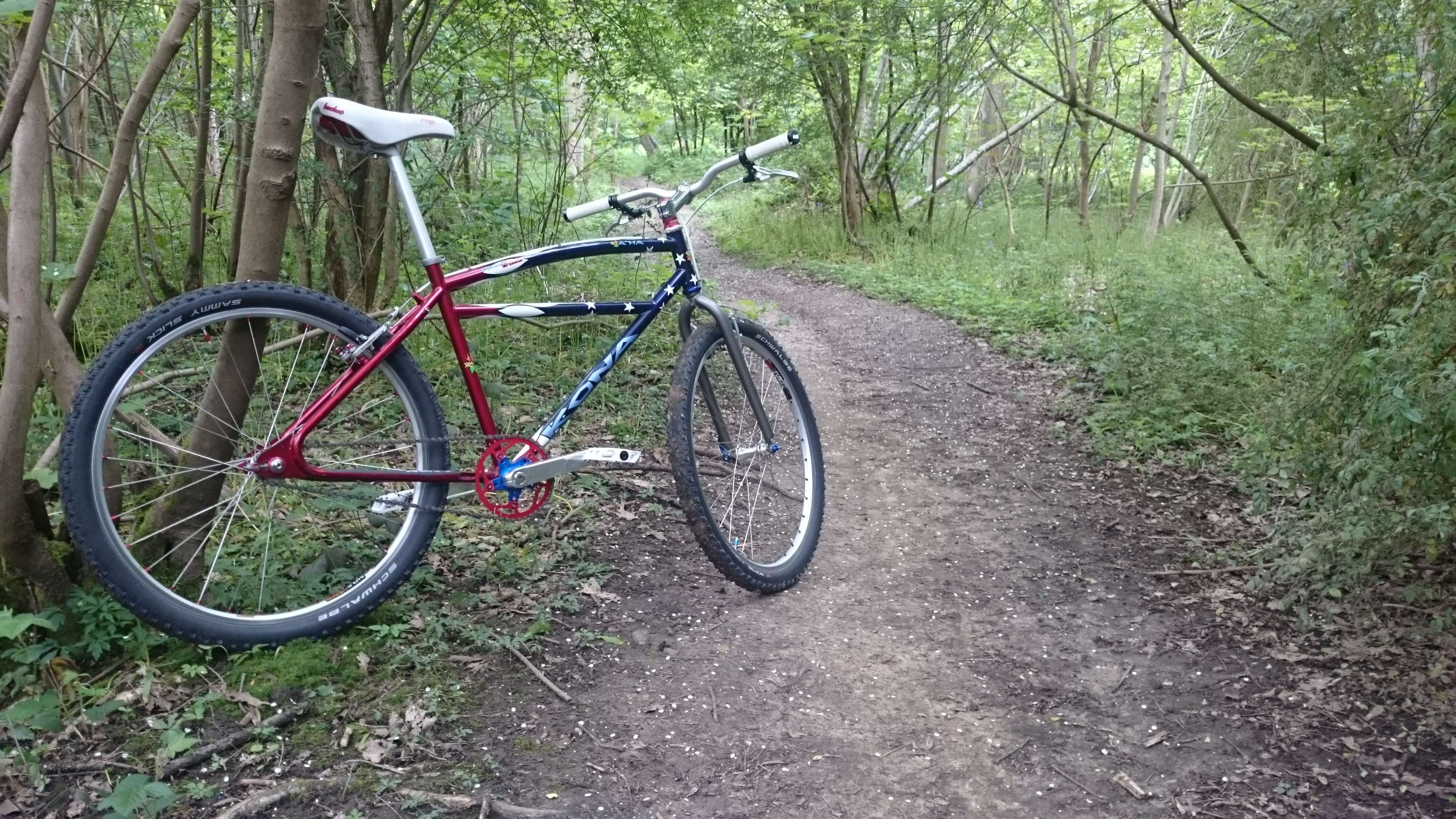 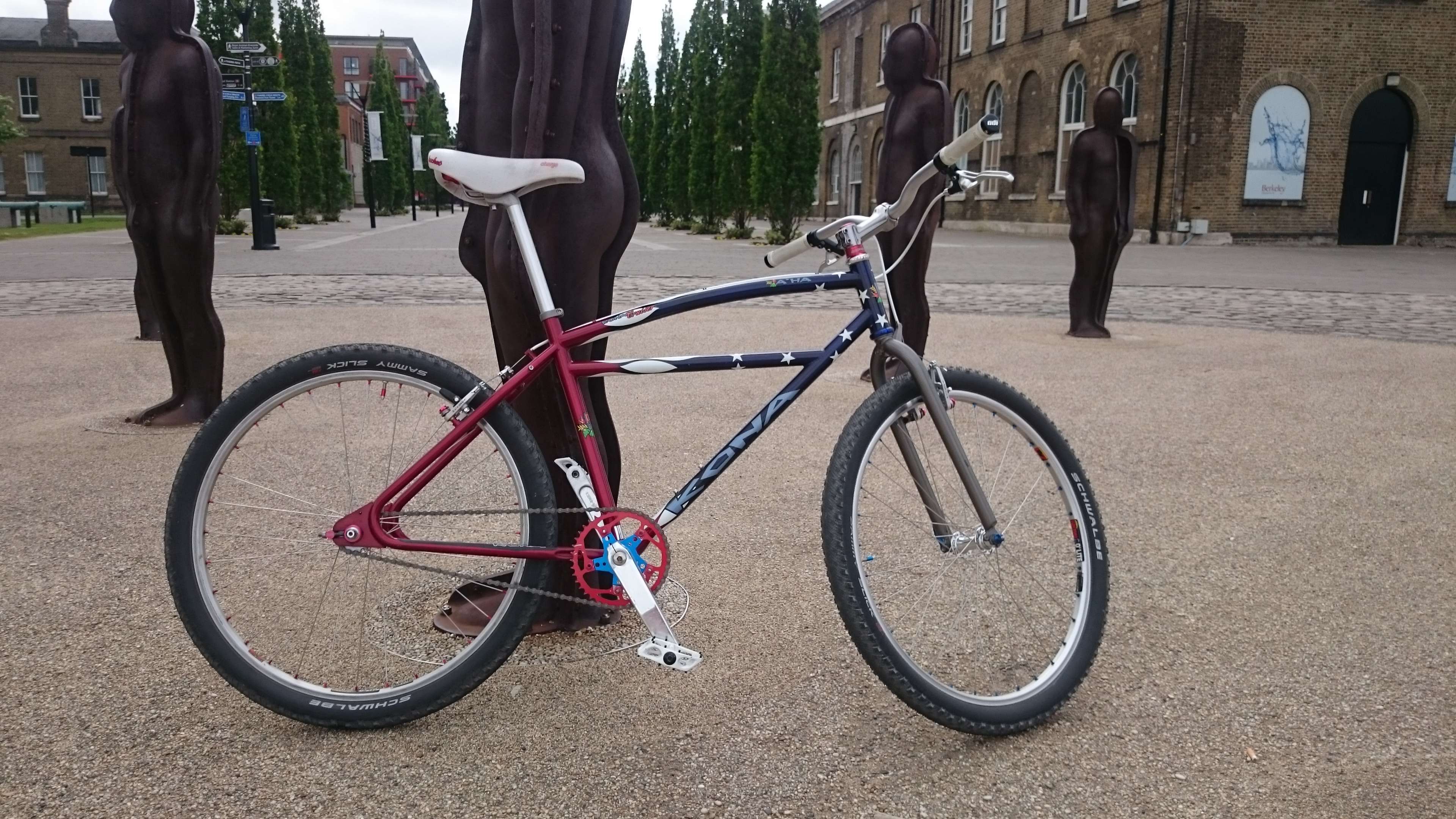 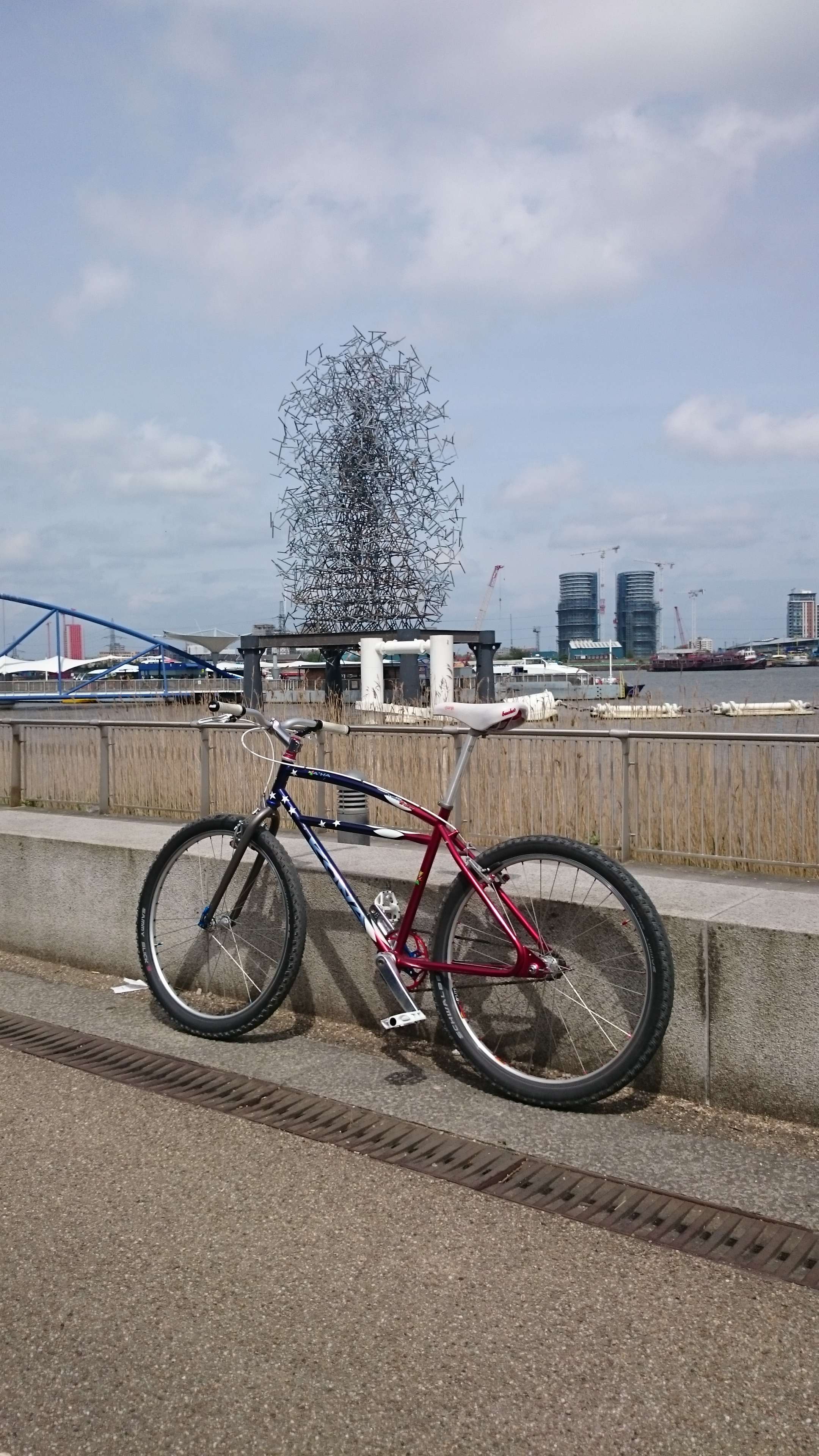 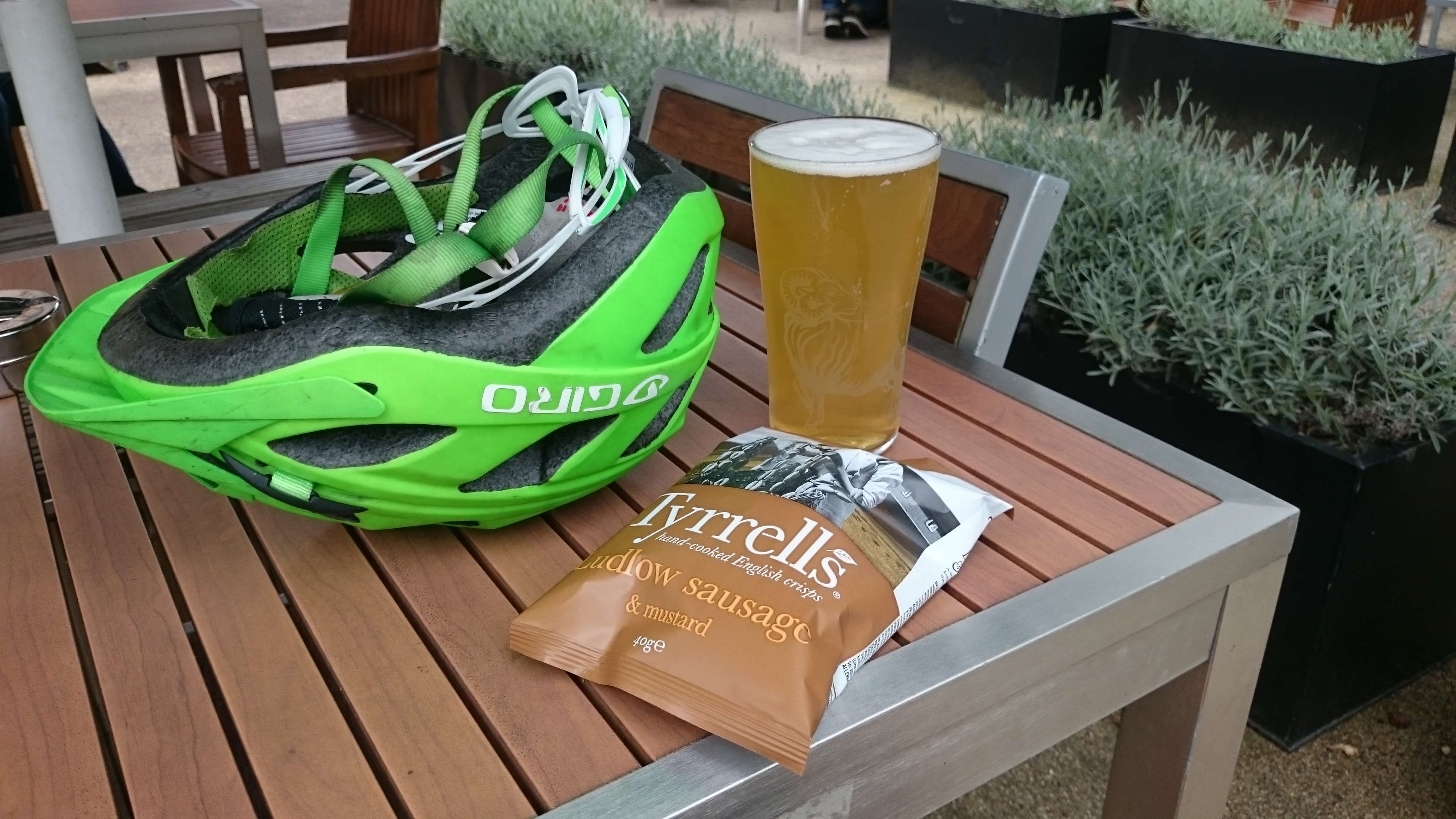 When you're working from home, it's roasting outside and you've got an hour between calls at lunch... 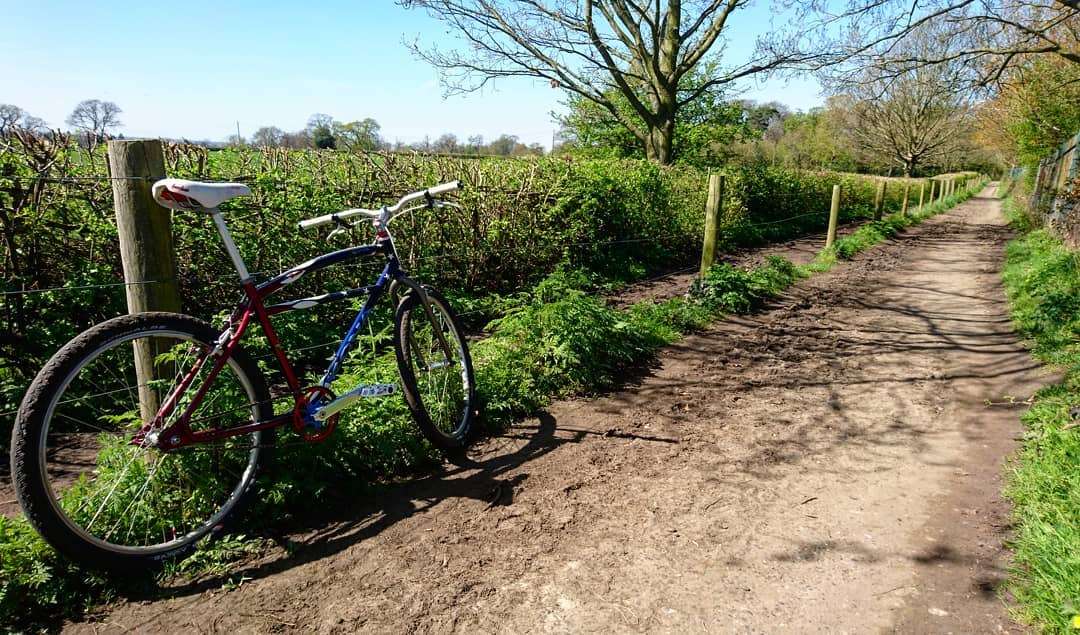 She's got a butter smooth BB now with brand new bearings. I've forgotten just how much fun this is to ride - proper seat of your pants stuff - the faster it goes, the better is feels.

Super stoked about this

Cheers dudes, super stoked about this!

Did you take photos?
You must log in or register to reply here.