heres my English Cycles 'special' from ten years ago - the downhill parts of Cannock were... interesting 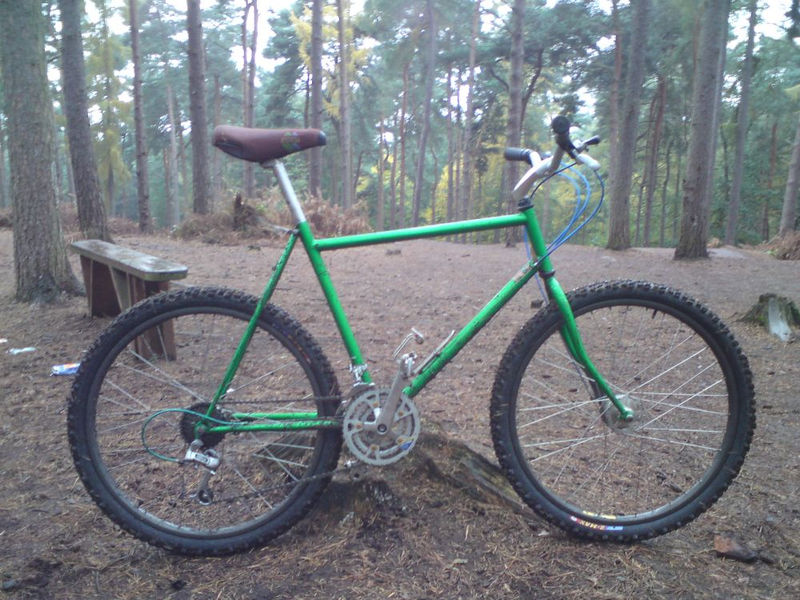 GrahamJohnWallace said:
With drum-brakes being popular on tandems, I am not surprised that a builder who made tandems would also use them on their MTBs.

This is what Rod says of the braking on his Swallow Merlin as: "Awful. On/off, little modulation, would work better with 4 finger levers Im sure, but I dont like 4 finger levers."

My own experience with the Sturmey's was, whilst they were ok for road riding, I wouldn't want to use them on a steep technical off-road downhill, even with four-finger levers.
Click to expand...

Sounds reassuring! My build will be 70mm sturmey drums and two finger levers!
I guess I'll be faster downhill than most

Mickeyspinn said:
Sounds reassuring! My build will be 70mm sturmey drums and two finger levers!
I guess I'll be faster downhill than most

Do you have an obituary ready?
M

rBotM Winner
No I'll leave that to you guys...
My epitaph is ready tho...
"Here lies the fastest drummer"

And like all good drummers you will certainly speed up!
M

In nearly 40 years experience of riding off-road on drum-brakes I have only gone down like a led zeppelin once.

This was last winter when a front 90mm Shimano Roller brake failed when I was going down a sunken track that gets steeper and steeper the further you go down. Despite pulling on the brake-levers as hard as I could I was unable to stop the bike from going faster, and because the lane was sunken there was no escape route. Knowing how steep the track got further on the only option I had was to bale out at speed or to ride up the side of the steep bank of the lane in an attempt slow down. I instinctively went for the latter but the the bike stopped violently when it hit a tree and was thrown back into the ditch. I was lucky to escape with only grazes and a sprained arm.

When I later looked at the Roller brake there was no obvious problem. But no matter how I adjusted it it would not lock. When I compared it with another 90mm front Roller-brake I noticed that its cam was much smaller and the rollers much larger. On disassembly, I noticed the Rollers had damaged the inclined plane that pushes them into the shoes. This damage was preventing the brake from applying any harder as the brake was applied further. When I looked online for a replacement brake I found that Shimano had discontinued this small-cam model.

The 70mm Roller brakes I and others have used with out problems for for over 15 years have large cams. The current 90mm ones have large cams. So it looks like Shimano experimented with small cams on this model before realising it was a seriously bad idea and reverting back to the reliable earlier mechanism.

It seems to me that the above is an example of the old engineering adage: "If it ain't broke, don't try and fix it" In this case improve it.

The Leleu brakes have a patent marking that predates 1968 and the exact same design still being sold in the US today. They worked well in 1968 and with basic maintenance still do on a 40 year old Cleland bicycle. When Sturmey Archer tried to adopt the Leleu mechanism in the late 1980's they made a mistake that could cause the prototype brakes to lock on unexpectedly. However, unlike Shimano, SA never sold their dodgy design to the public.

Drum brakes AND a belt drive: 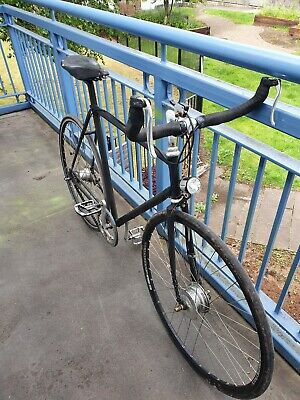 Interesting commuter bike. I have seen Shimano roller brakes with belt drives before, but not an old-school Sturmey Archer drum.

I like the use of bull-horn handlebars. I have a similar arrangement on my Moulton APB and find it to be very comfortable.
When riding in traffic and built up areas, I find it easier to constantly cover the brakes, than with drop handlebars.

Also, with the hub gears you don't need to go down the gears when approaching traffic lights. Just stop, and back-pedal to move to a lower gear for a quick start. The same applies to using hub-gears off-road, after something forces you to brake unexpectedly.

Yes, I have an Alpine hub on my all-purpose bike, which I really like. I'd definitely be interested in a setup like that as a winter bike if I was commuting at the moment.
You must log in or register to reply here.