Has anyone ever... replaced the axle on an American Classic QR skewer?

Has anyone ever taken one apart in order to replace the axle? You see I bought a road version on eBay on the cheap, assuming it would simply be a case of unscrewing both sides from the spindle, but of course... it seems like the side with the actual QR on is bonded somehow to the axle itself?

Thus thwarting my attempt to switch the actual QR parts over to another axle I had lying around.

I've read of plenty of people doing this on here before, with various other skewers, so wrongly assumed it'd be easy/fine with the AC kind!

The QR handle itself passes through the main body, and is secured on the other side by one of those little pin clamp things. What's the right word for these!? And what kind of tool releases them!?! I've never really had to mess with one before!

You can just about make out what I mean here (most clearly on the left hand side of the middle one): 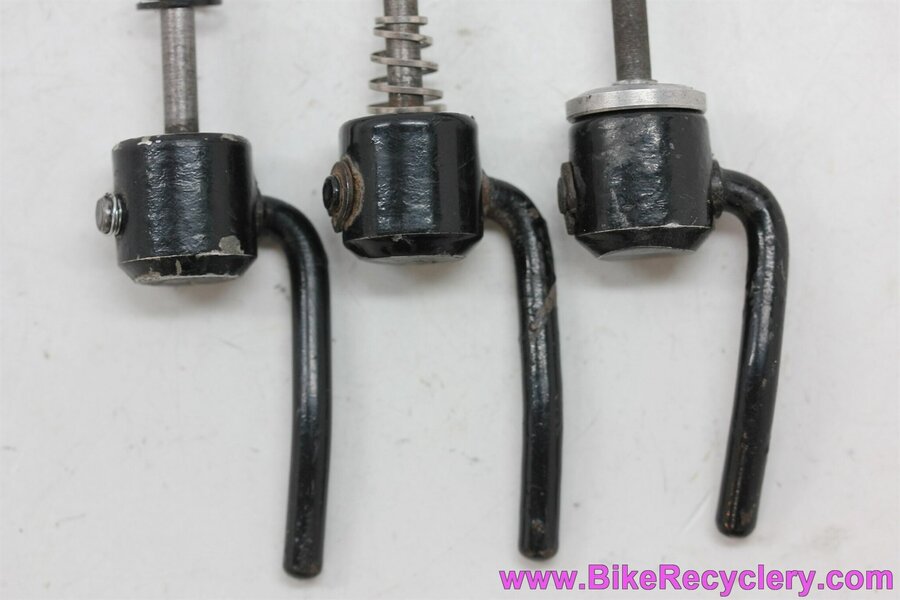 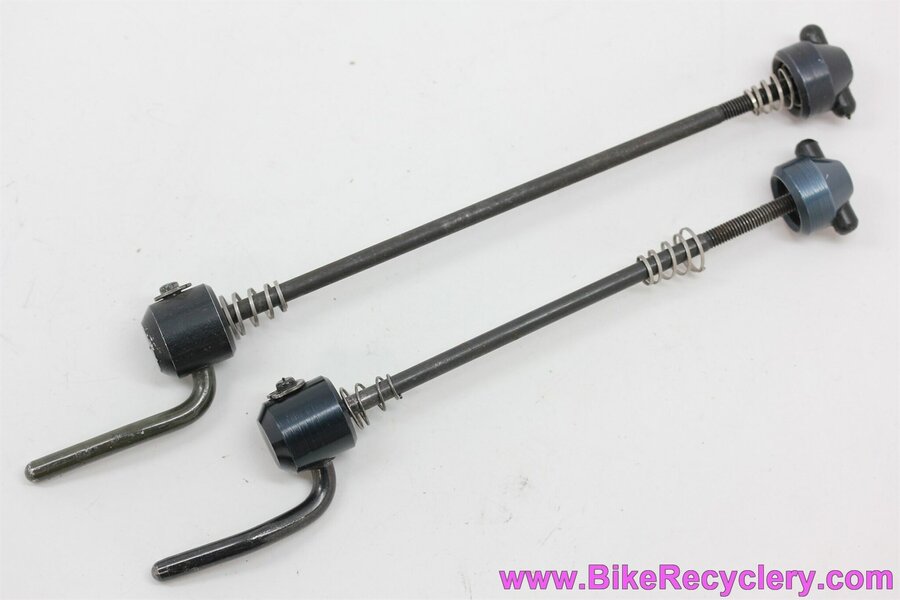 Anyway, assuming I can take all that apart, does anyone know if doing so will somehow allow me to unscrew the end from the threaded axle? You can sort of see where it joins here, and how it appears to be bonded rather than threaded: 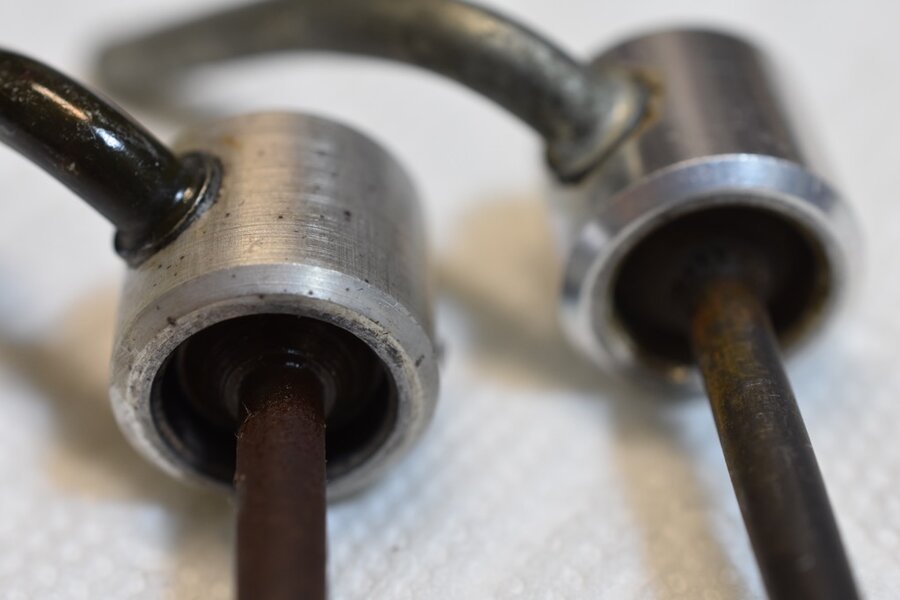 Which is fine, because it was an experiment to see if I could figure out a way to gather an AC QR set on the cheap anyway!

Unless someone here knows, or has any other suggestions of ways I could try to release the end from the axle...
Last edited: Aug 1, 2021
M

take the circlip off the end, the whole thing will (eventually) fall apart and you can reuse the axle and reassemble.

They are called circlips, you need a pair of circlip pliers, undo the circlip, tap the lever out and the cap will come off.

These are answers I really wanted/hoped for. 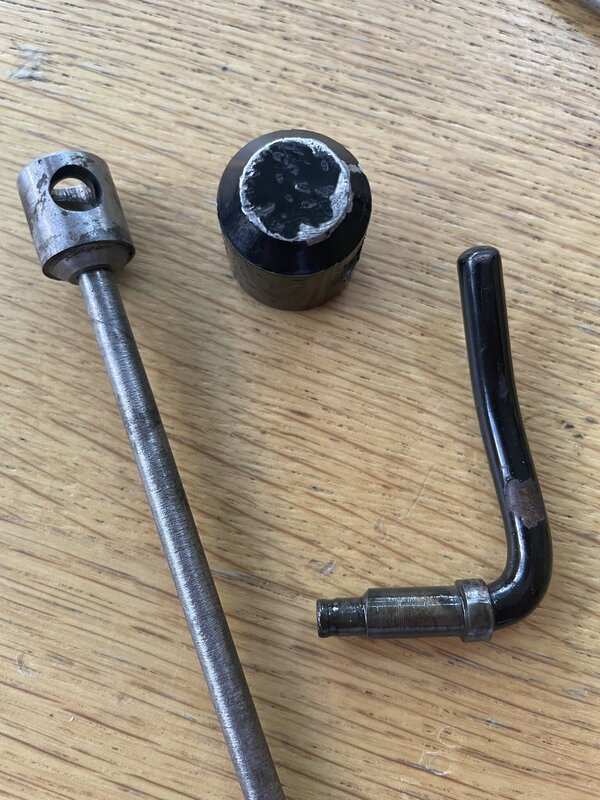 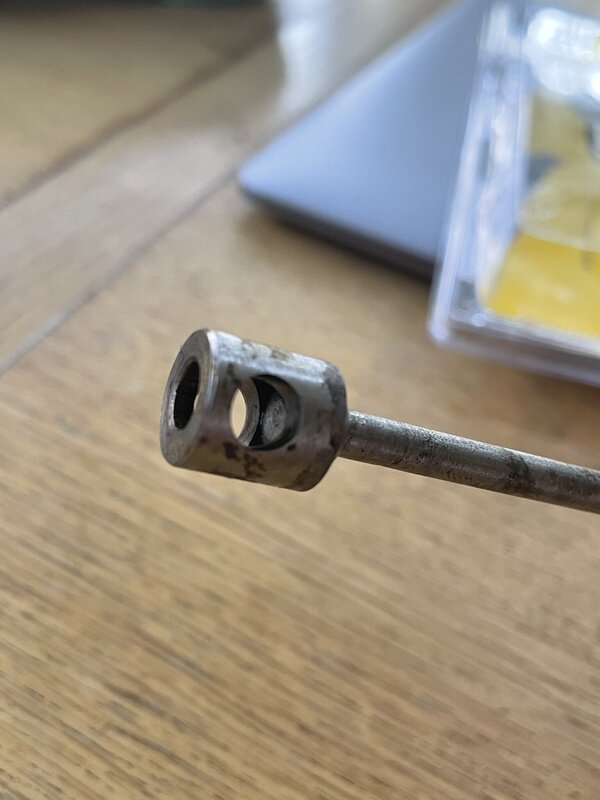 So bought the tool, took the clip off, took it apart, and it still appears the rod/axle is bonded somehow to that little nubbin up there, where the QR handle fixes through. I was hoping it would just unscrew from there, but for love nor money I can't get it to budge, and see no sign of any threads besides. It's kind of hard to get a good photo, but... 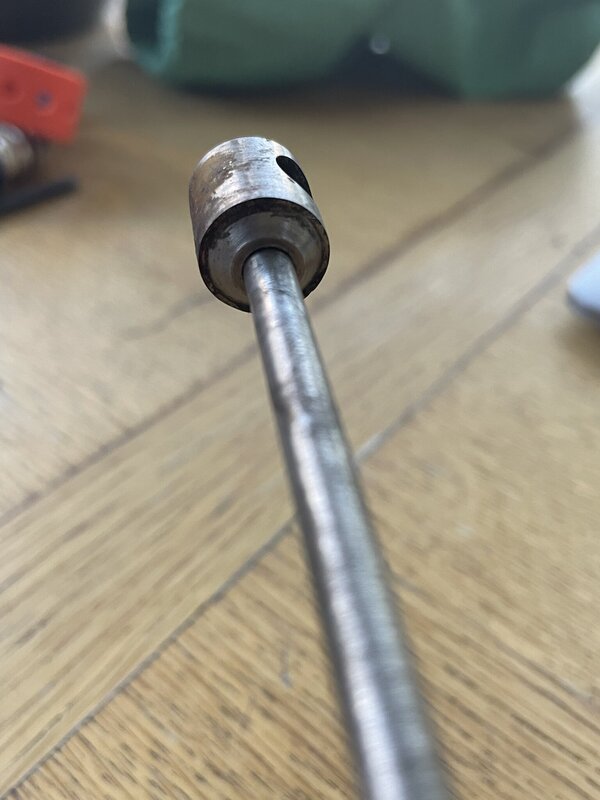 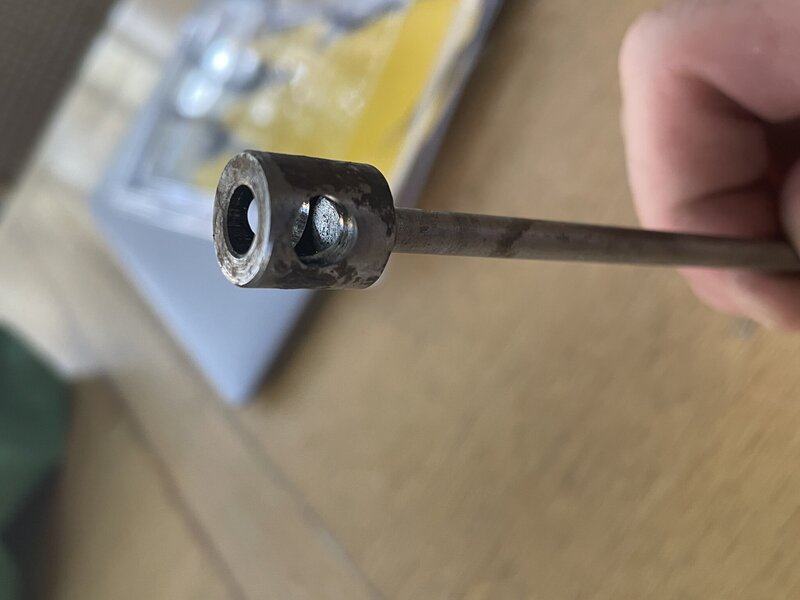 If its not bonded, well, then it's still not coming off!

Anyone? Looking more and more like I won't be able to make use of this bargain find...

Unless someone has a road bike they'd like one for and a mountain bike with one on the front that they don't for some reason care for!
M

Swap that entire assembly into the other skewer.

Am I being very, very thick here, or just not explaining this well?

How can I "swap that entire assembly into the other skewer"?

I need a longer skewer, right. Which means I need to take both ends off the AC one have, and put them on a longer axle. I have a longer axle. Came off something cheap and cheerful. But I can't get the assembly above off the AC axle it's on, to switch it over, because it won't screw off.

Or are you suggesting there's another readily available QR out there that has the same assembly as above at one end of the axle? That seems unlikely, but hey....
M

Ahhhhhh, I thought you'd nicked the insides from another AC skewer...

Fat Chance Fan
I also failed swapping just the axles on these. As I needed a shorter one (front surplus, missing seat QR) I first thought I cut the rod and re- thread, but it wasn´t metric. So I cut the axle and welded the threaded part back on. I know this does´t help you and I would´t trust welding on a wheel QR, but that´s all I got

But I suppose I could cut the axle down and rethread it to use as a seat post QR instead, just like you tho!
You must log in or register to reply here.