It's August 1993. I have been at university for 5 years dreaming of owning a mountain bike ever since two of my room mates bought them in 1989 from a bike shop near the Corn Exchange in Leeds (I cannot remember the name but I'm sure someone remembers it).

I have saved up for six months and am now standing in Super Cycles in Nottingham looking at a 1992 Scott Superlite. I had a particular obsession with Scott bikes ,I think it was the glamour of them being from across the pond and the high quality brochures and also that this is an Aluminium bike with square profile chainstay tubing.

The shop is amazing , I see my first suspension fork, the Scott Unishock and they have the bike I really want but can't afford, the Scott Super Evolution, the Superlite is £699 but the Super Evolution is £799 and that is just beyond reach, still I am very happy with my Superlite. 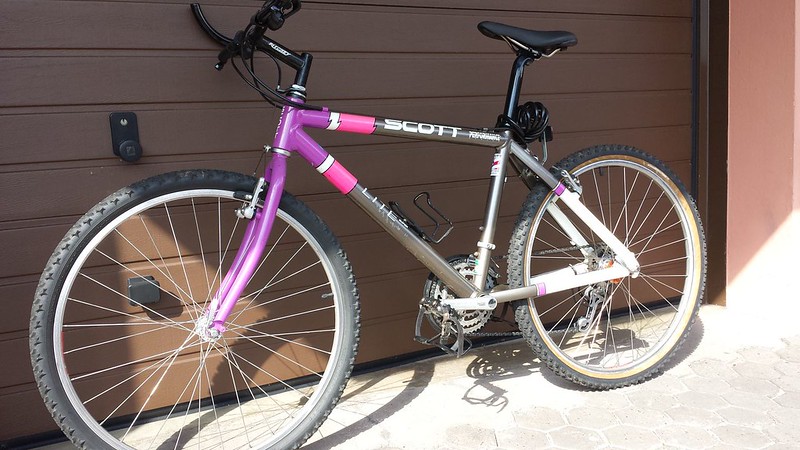 So my mountain biking adventure began. Below are a couple of the only pictures I have of the bike in it's original paint taken in the Yorkshire dales at Christmas 1993. I eventually stripped and polished the frame one the paint became tatty I still have the bike today and am in the process of reinstating it to original spec as some components were upgraded as they wore out. 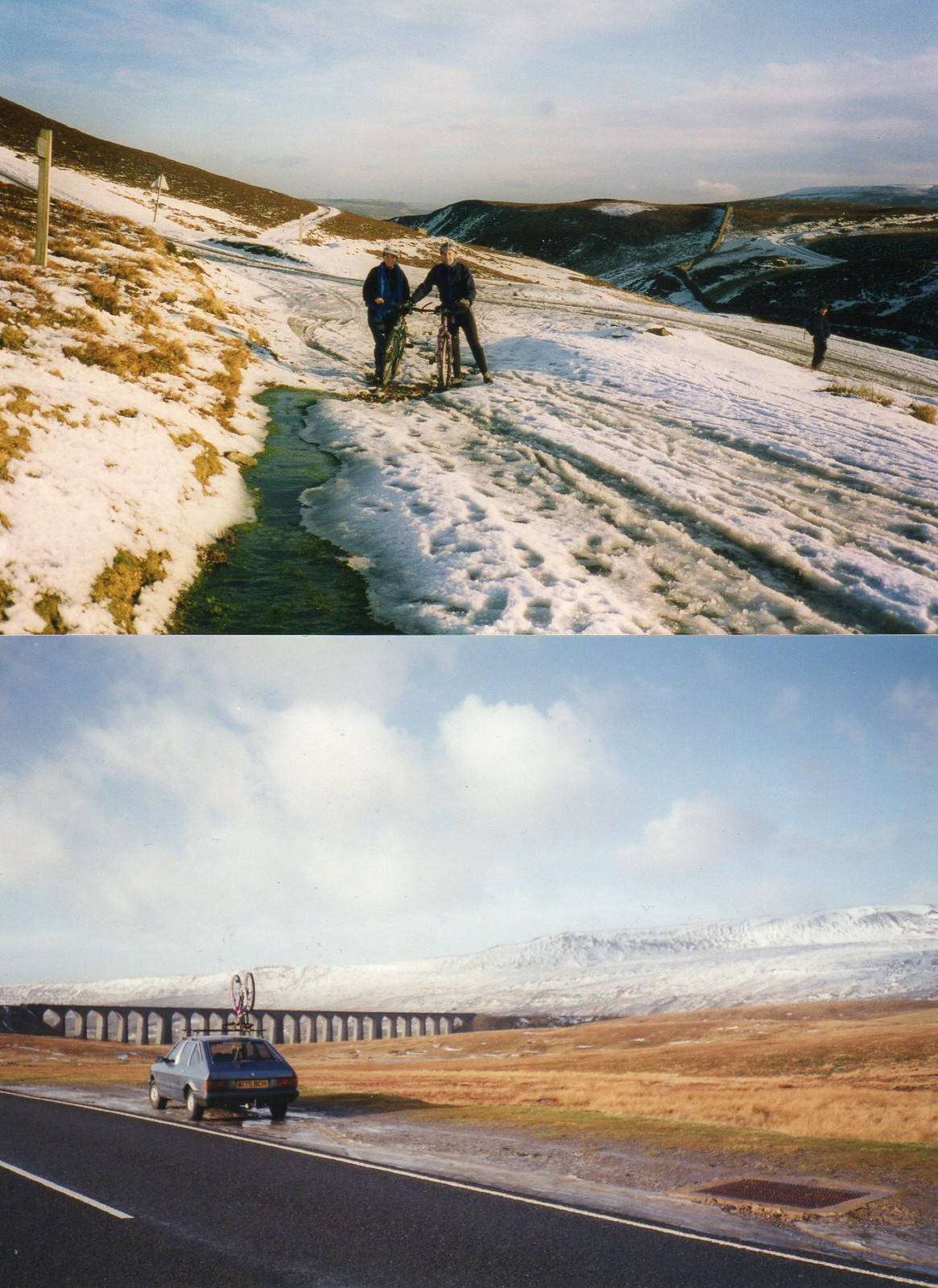 You can just make out the lovely purple , pink and grey colour scheme. (I don't know whether to try and replicate the original paint or leave it polished)

Fast forward to about 5 years ago when I started to take an interest in Retro bikes and a bike very high on the list was of course the bike I wanted but couldn't afford back in 1993, the Scott Super Evolution

It took quite a while to track down a 17.5" frame with good enough original paint but I eventually did. 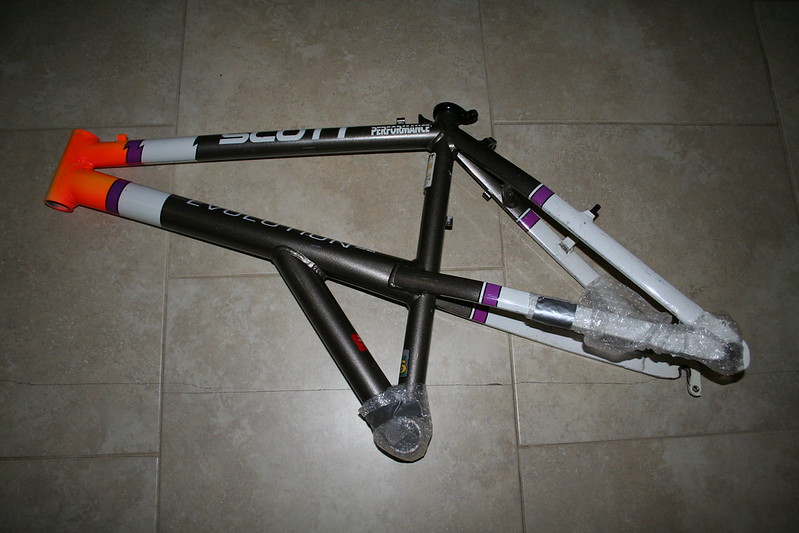 The paint was in pretty good condition but not the rear triangle white, which had chips galore so I resprayed it but then rubbed it down to age it so it didn't look out of place.

Re: Fulfilling The Dream

i also really liked the Scott's of this time, never owned one and only ever saw one in person, a friend had one for a short time.

Out of interest how are they measured, is it to centre of top tube?

Look forward to seeing more of this

As this was a dream fulfilment the bike would be built with as much period correct Scott components as I could lay my hands on.

I struck lucky early on with a set of Carbon Scott Unishocks, a Scott stem, a NOS set of AT2 bars and Scott Pederson self energising brakes 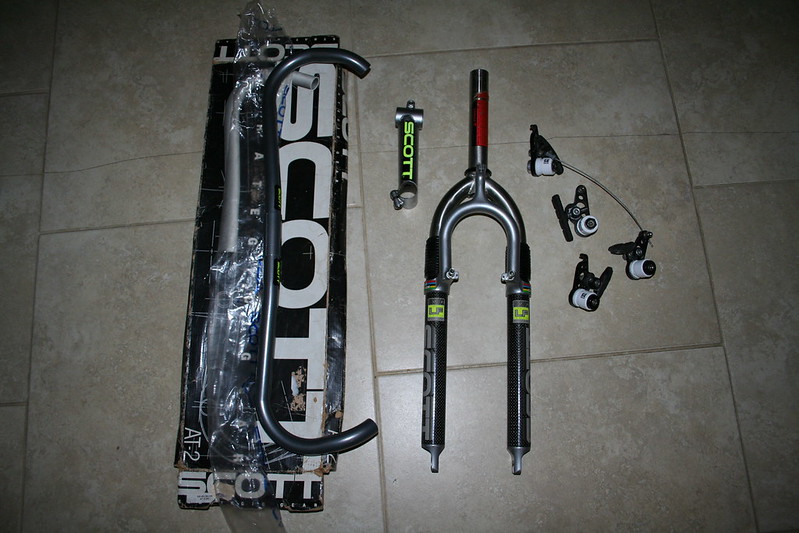 Manitou Fan
Re: Fulfilling The Dream

Out of interest how are they measured, is it to centre of top tube?
Click to expand...

I've just had a little measure in the garage and it seems to be the seat tube length. It equates to a medium frame.

Managed to get Nos Grips for the AT2 bars 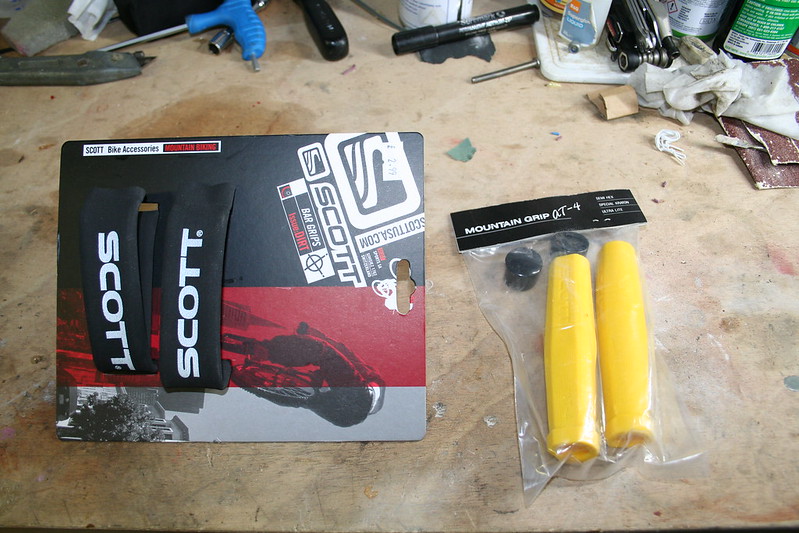 Started to assemble the bars 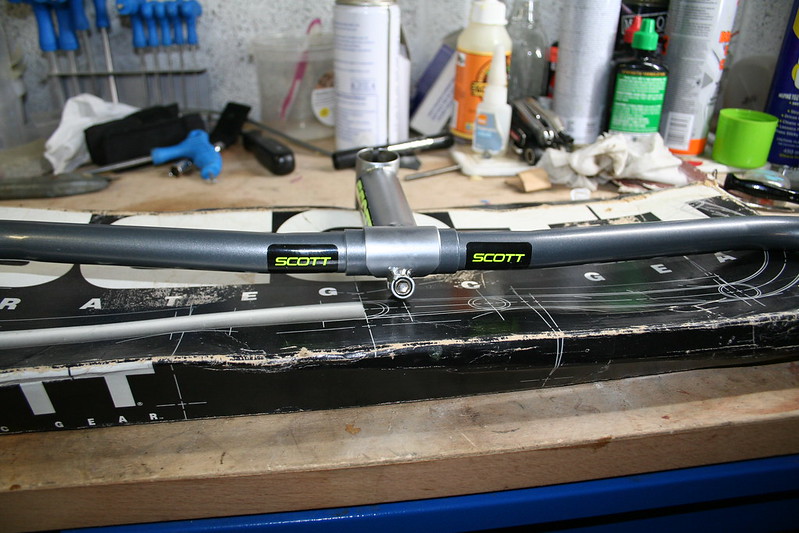 Built up with XT levers . I realised after I had made these up that the yellow grips were on the wrong way around. I have changed these since (which was a right pain!) 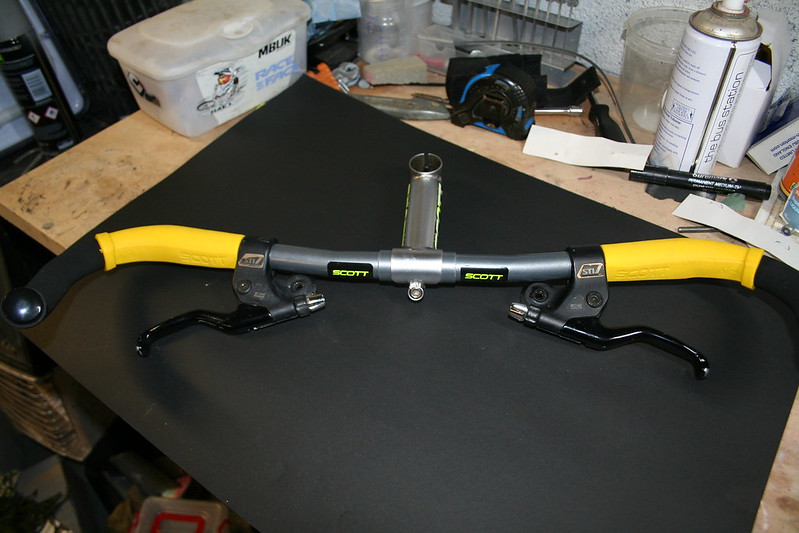 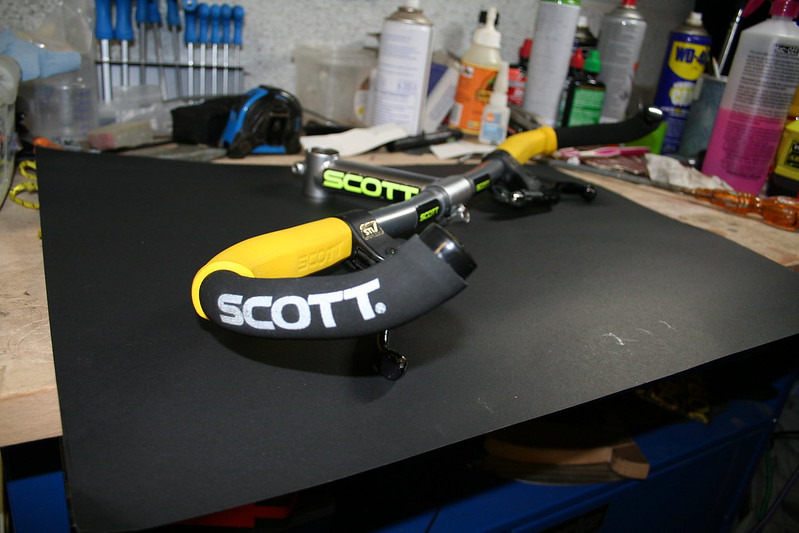 Really happy to have found black grips..they set off the AT2's well.

Oh yeah, this is a thread for me, spent age (unsucessfully) trying to find a good super evolution in a size I could ride.
My pal had a pro evolution bitd & I loved it.
Looking forward to seeing it come along.

Some great parts going on, been on the look out for a carbon set of these forks for a while

mkone":ifaknx1q said:
Some great parts going on, been on the look out for a carbon set of these forks for a while
Click to expand...

I've been collecting stuff for a few years now

The bike shop near the Corn Exchange back then was Freewheel wasn't it?
You must log in or register to reply here.

C
Italian Stable 2. The ones that got away.