Hi Guys,
Taken a lot longer than I had planned but finally finished the Ex Team Once TCR Time Trial Bike I picked up some time ago.

The bike was missing groupset and wheels but the best was there - although it had been repainted in Liberty Seguros colours (Once became Liberty Seguros in 2004 - they issued BH road bikes but re-used their Giant TCR`s as TT bikeds - same TCR`s but with TT bars and saddles. This one still had plenty of Once stickers still on it and the classic pro thing of stickers covering up things like a Cinelli sticker over the 3ttt bar sticker. The frame also had some neat additional ally filets (guessing to add strength) welded in place around the BB and the seatpost/top tube junction and a lot of smoothing of the welds.

One painted (not doing that again - a lot of tricky masking...) it was fitted with a really good Campagnolo TT groupset and Hed Tri spokes with Veloflex Criterium rubber.

Put it on the turbo for a few sessions to tweak the fit and get used to it (first time on a TT rig and it definatly streches you out) then took it out at the weekend for its first real ride - its certainly fast but man its a stiff and challenging ride on the cr*ppy roads where I live (planning on re-locating it to the slick roads of southern France soon).

Finished bike (don`t worry about the seat angle, has been adjusted): 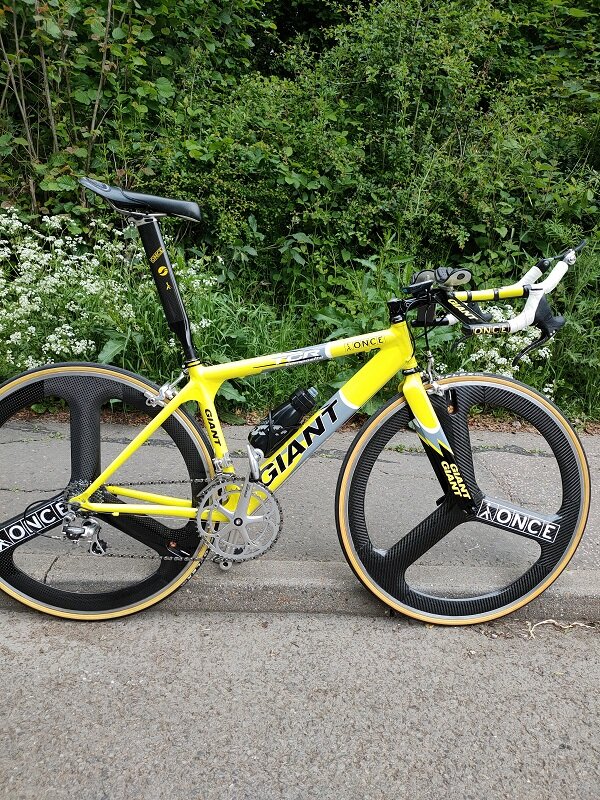 As it would have been (yellow paint showing through paint chips gave the clues for the paint job - Giant used several combinations): 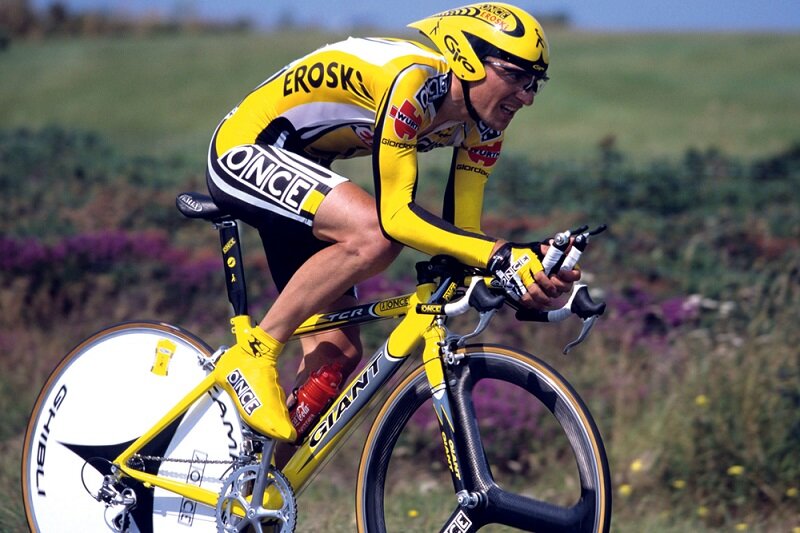 As it was when it arrived: 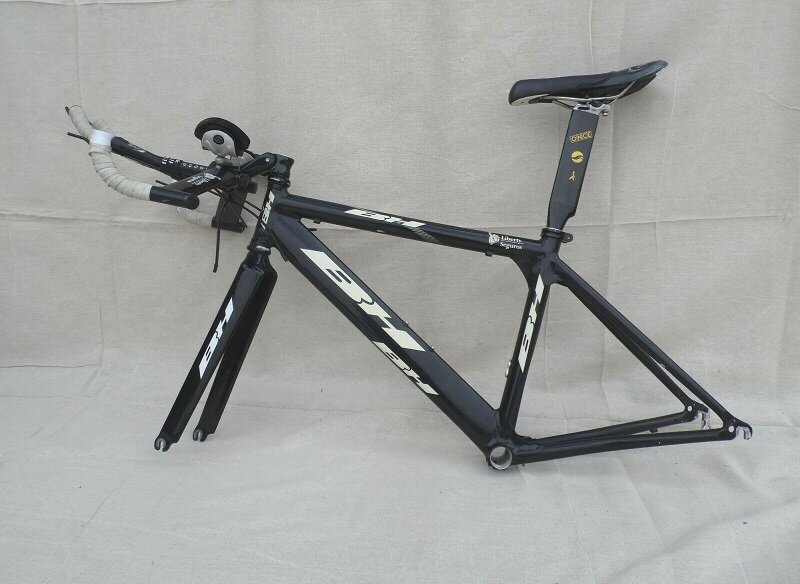 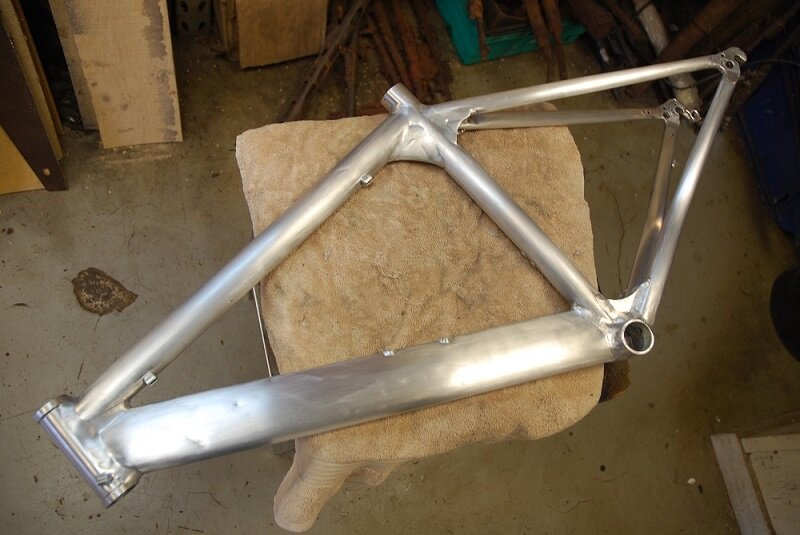 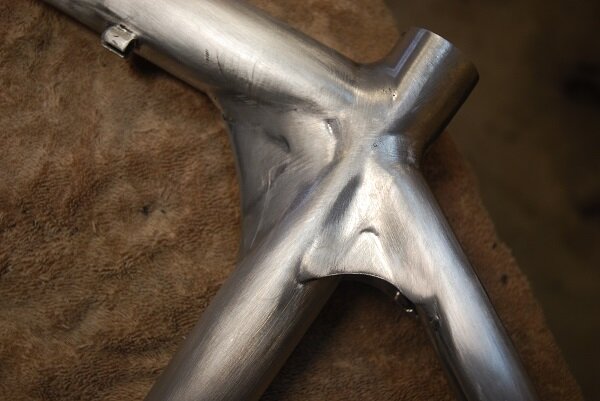 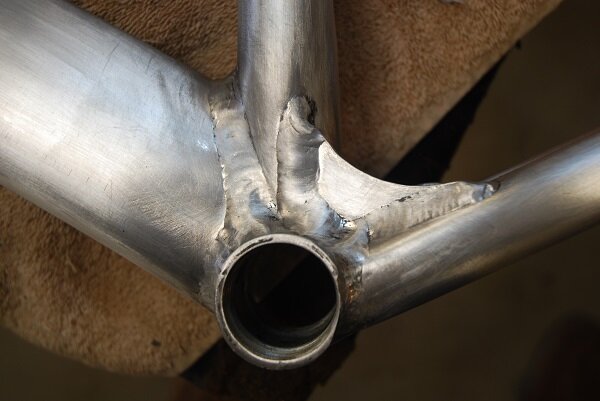 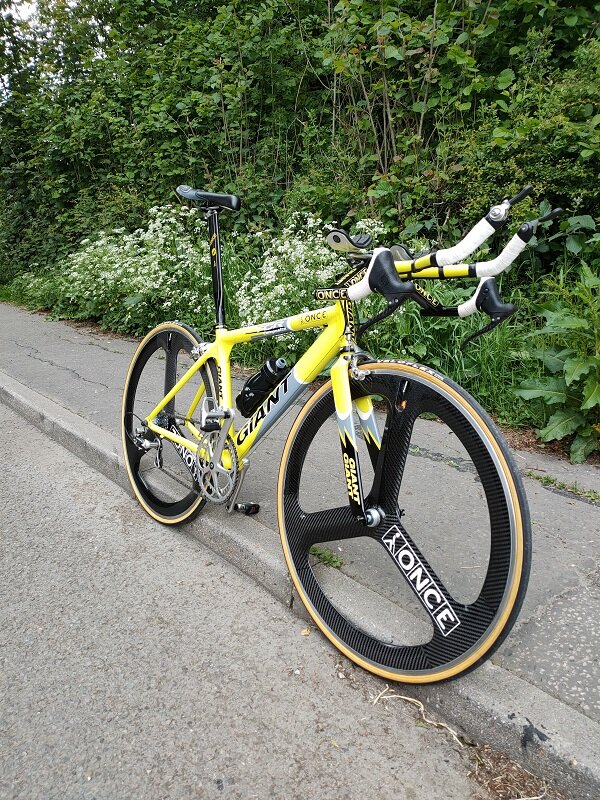 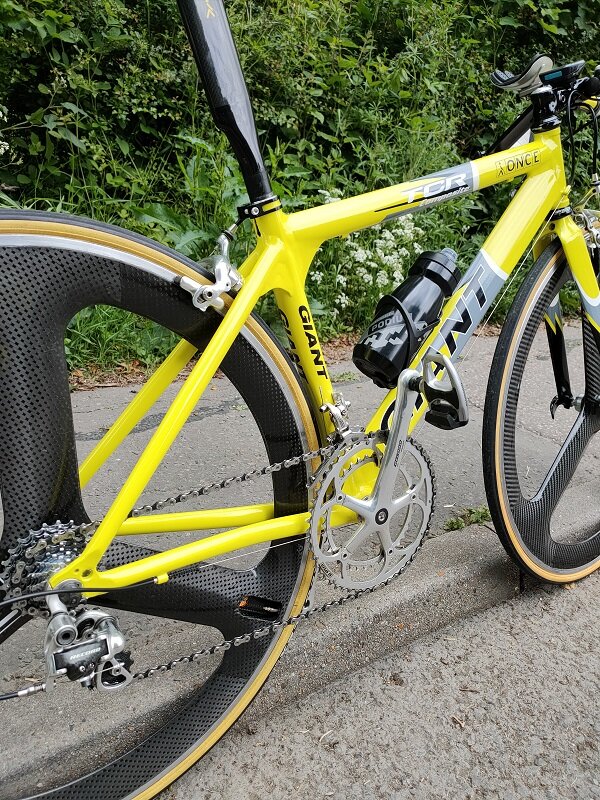 Original TT set up cleaned up: 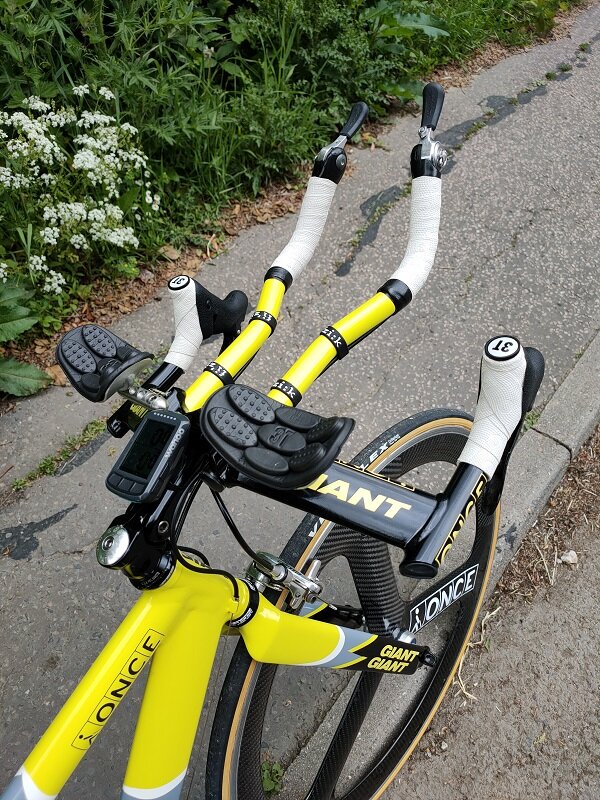 Original Once TT skinsuit and a regular Giro aero helmet to finish the look: 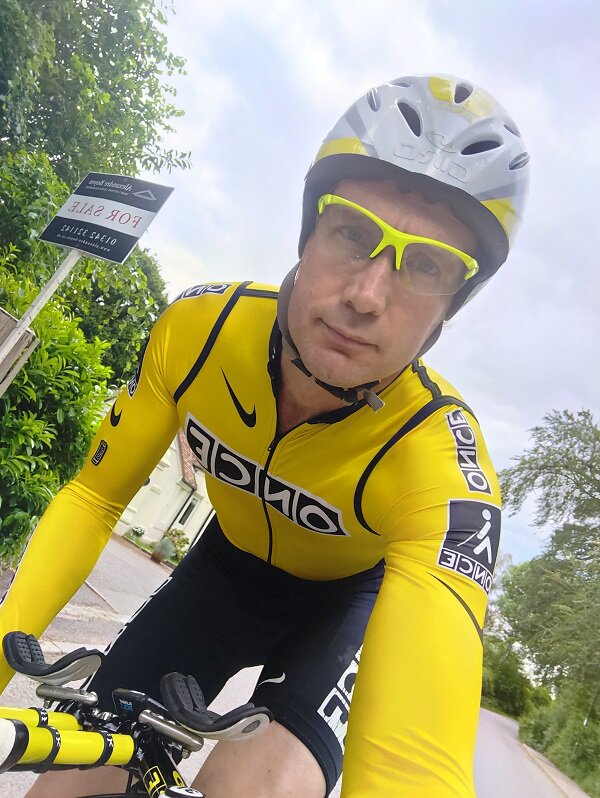 Awesome! You have to love a mad TT bike.

I think that GPS might struggle to get a fix once you're on it though?

Super job, right up my street this one. Lots of interesting features and an excellent restoration and rebuild.