Selling the Missus' bike because it's been sitting indoors, whilst waiting for a loving owner.

This was purchased brand new from Wiggle and has done less than 50 miles from new!
The reason is because she was given a better touring bike after we returned from our hols. Hence the Eastway was stored in the attic and it is time to go.

I replaced the tyres on it because they were issued with too harsh a ride. It now has Michelin World Tour tyres. See review here: 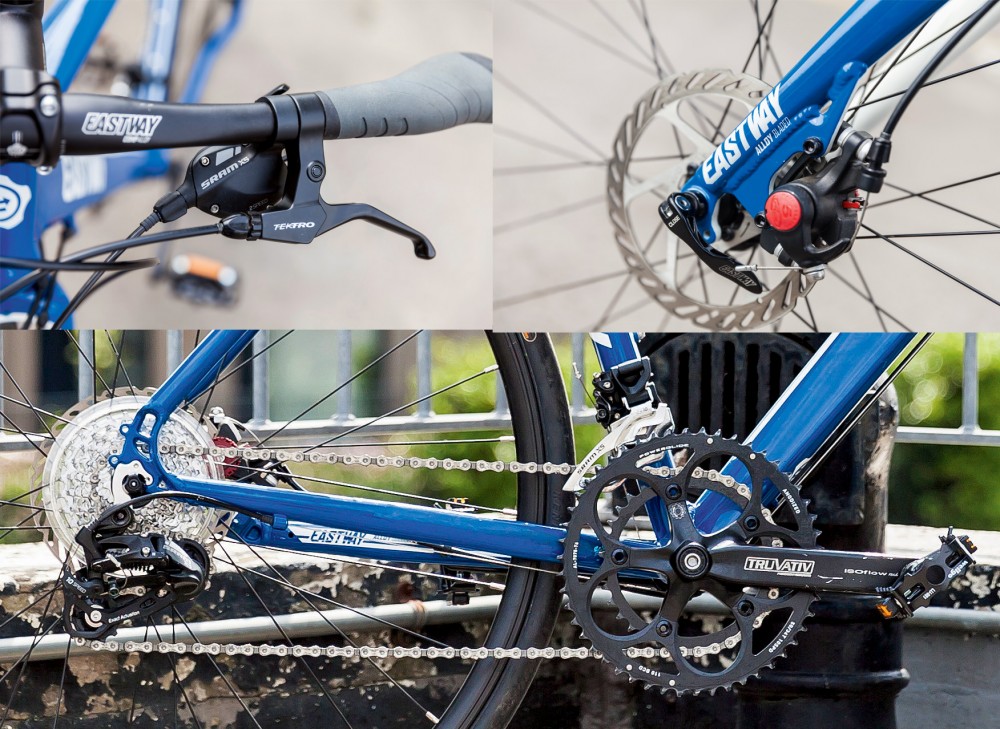 The Eastway FB4.0 hybrid is a bike well suited to city riding; we put it through its paces

In addition I changed the stem to a PRO stem and I found the SRAM X5 rear mech was damaged on delivery.

I was strapped for time and had to purchase a Deore rear mech and shifter from Decathlon whilst in France and got them to fit it.
Whilst in France one of the teeth broke off the front chainring (by now I had decided to buy a guitar and sing the blues) but it happened on the last day of the hols, so the bike wasn't ridden and Wiggle sent me a whole new chainset which is now on the bike and has done zero miles.

After several years of gathering dust, I put it in the workstand and noticed that the gears are jumping a bit. I really can't be arsed messing with it, so I'm making the future buyer aware that it needs a tweak to get it roadworthy. I've included the Shimano LX front mech (also unused and never fitted) so it will probably shift better with this fitted.

It's a nice little commuter. There are a few wee storage marks, but it hasn't been dropped of crashed. It's a bit too big for the Missus and too small for me, so it's time for a good home.

I'm based in Crawley if anyone wishes to see it.
Bring your own pedals as it has none.
Size: Large

I expect this would generate quite a bit of interest with postage added as an option. I would certainly be tempted...
M

Fair Doos.
I'll offer postage if the buyer wants it.
I'll bombproof bag it and tag it and the buyer can sort out shipping.
Happy Days!