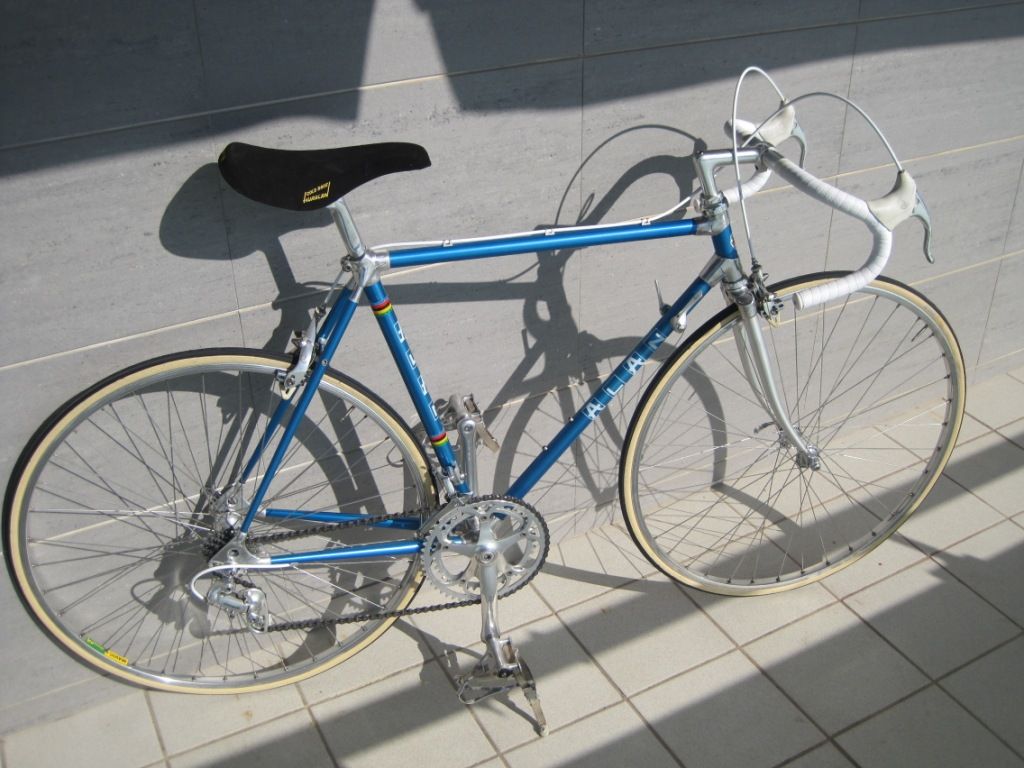 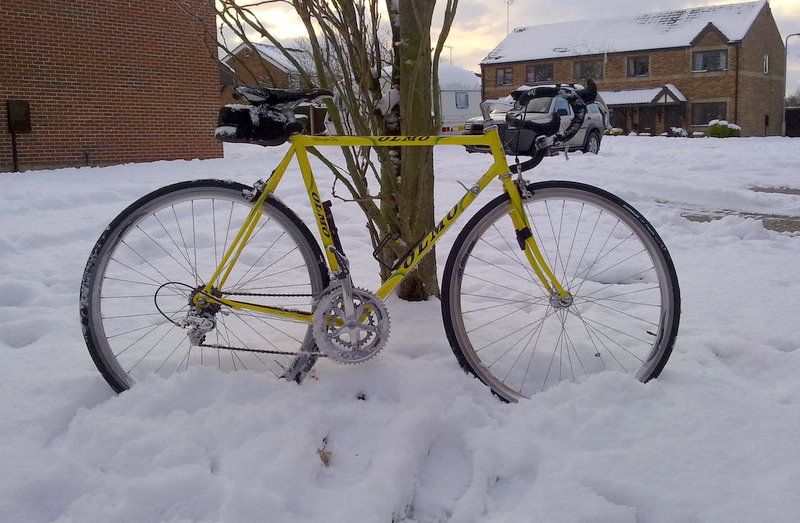 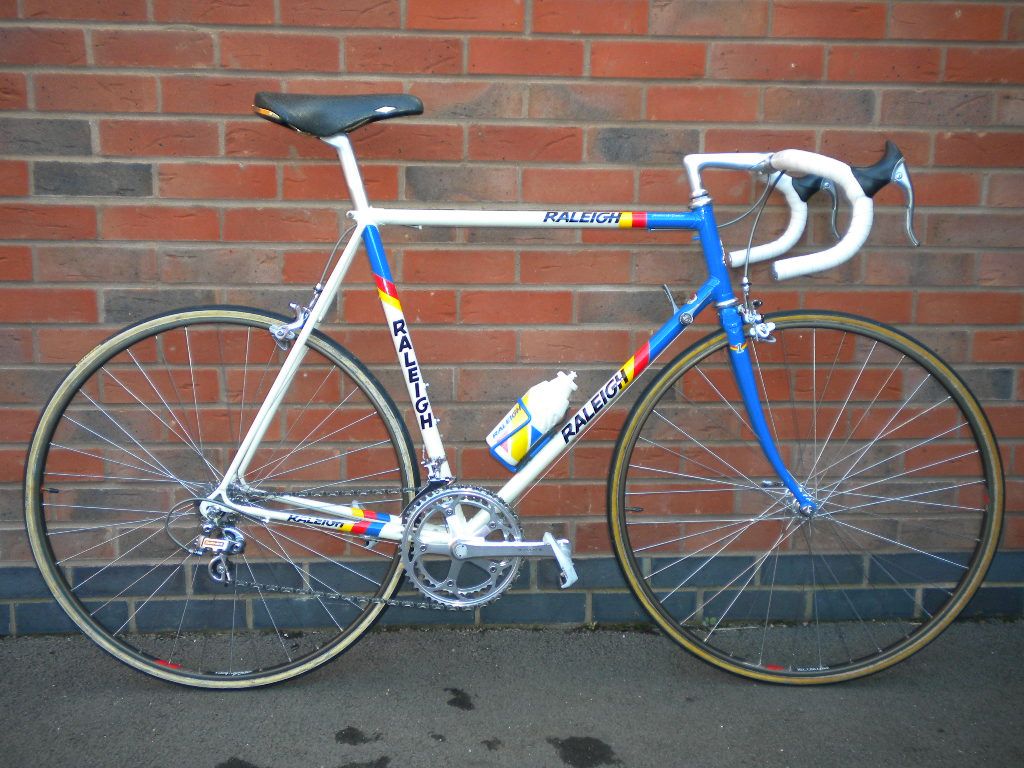 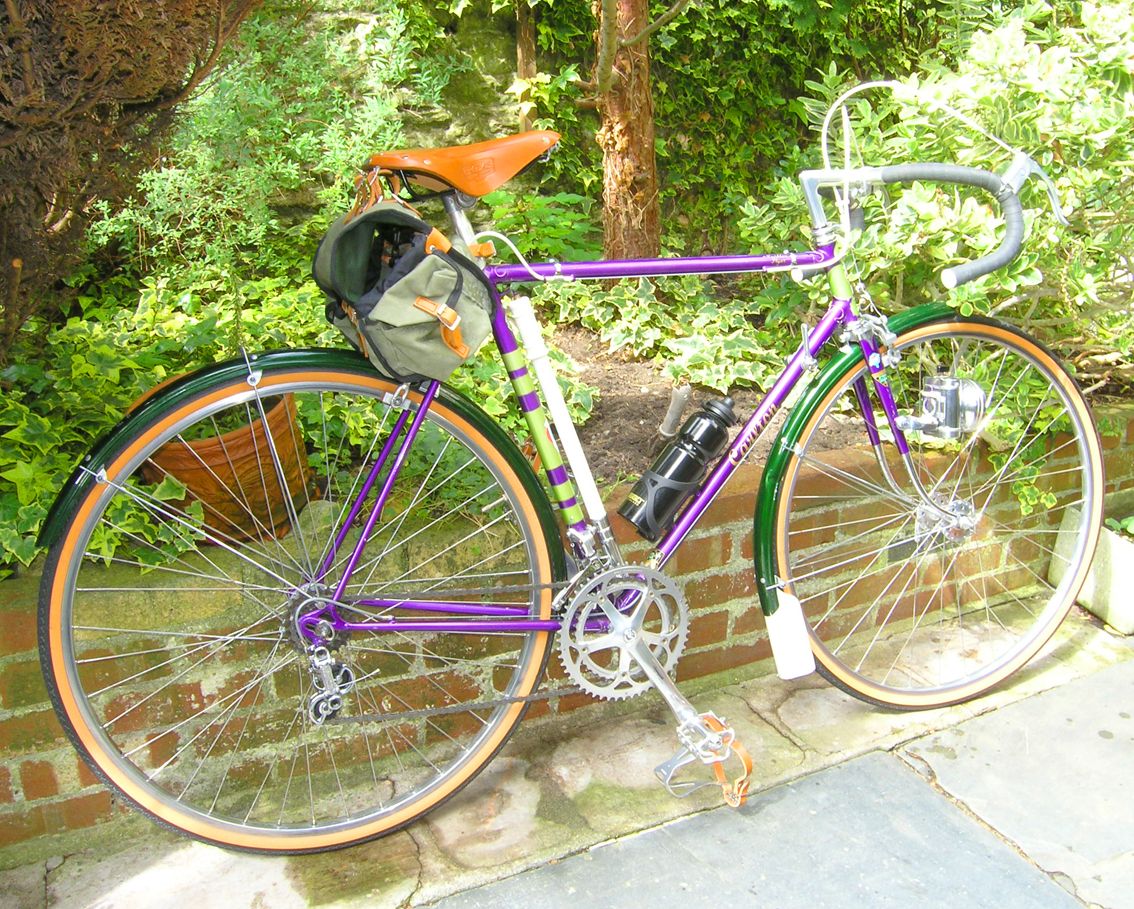 rBotM Winner
My vote this month is very easy: the British frame with Japanese and French components, Rookilo's Raleigh. The only discordant note is the mismatched set of tyres, but then you can readily see that the bike actually gets used.

I also quite like the Alan, especially how it beautifully combines the somewhat lower rung Campagnolo components.

For Mavesyn's Olmo, I have difficulty seeing past what I feel to be the unsightly high profile rims, the overly modern saddle and the simplistic frame graphics. Having ridden various Olmo bikes over the years, this is undoubtedly a nice riding bike, but simply doesn't float my boat.

For the Sun Worksop, I find the end result to be surprisingly more effective that I would have thought. I would have preferred a slightly more slender crank and a more discrete coloured chain and perhaps a set of mudguards.

It is quite obvious that a great deal of time and effort has gone into the Carlton. All of the elements of the bike seem to be well executed, including the careful respray of a slightly modified frame. It therefore baffles me how the final result could come out so disjointed. I suppose the fact that the components span a 30 year period are part of this.

Wilfred's Raleigh is quite pleasing, however in my eyes the thoroughly modern wheels are its downfall. They don't blend well with the rest of the bike which screams out classic elegance. Removing the wheel decals and substituting the tyres with others having a slightly darker sidewall would already do wonders and would better balance out the bike's aesthetics.

I really like the Sun (and I don't usually go for single speeds..)
Gets my vote.

I love bonded frames and the Alan is just so pretty! The two Raleighs are a close 2nd for me.

I had intended to get my Vitus in this month, but time ran out.
G

I've gone with my first instinctive reaction and stuck a vote in for DeadRats Sun. Every contender is a cracker, but I've loved watching the Sun come together and it looks simple and beautiful now its on the road.
M

less bikes but a harder choice than the mtb section! in the end i went for Wilfreds Raleigh.

December Bike of the Month

Re: December Bike of the Month

Get some pictures posted! My dad has a Corsair back in the day - would be brilliant to see some shots of that in particular.

Arguably, there is nothing biased about a clear sighted appreciation of Worksop's finest...

I will take some photos of the set.
The 2 off 1978/9 Criteriums and the Continental are intact and rideable, though just ordered new World tours for the Continental. The Corsa is a Frame I bought of Ebay but nearly have all the Parts Now just need a seatpost, Brooks Green Leather seat and Tape and we will dummy up the build prior to refurb of the frame at Atlantic Boulevard. The Corsair is nearly fully stripped as well and will be last rebuilt as the Decals will be the most difficult to immitate. There is no hurry as this is destined for my youngrest son and he has some growing to do before he will be able to ride (about 4 years worth). The 1975 Criterium is my own bike bought for me in 1975 this will be refurbed at the same time as the Corsa (and will be almost exactly as it came out of the factory) as the decals are more or less the same. Need a really good quality photo of the top tube text as the text on my bike has nearly worn away. Taken nearly 3 years to find all the parts I needed for 4 of these bikes. I can see that some of the parts I did not get ended up on some of the bikes seen on this site.

Got to be Dead Rats' for me, just because I know the amount of time & love that's gone into it. So clean looking now, it's lovely and I'm a sucker for those chainsets

A very close call with Wilfred's gorgeous Raleigh though, and I love the Alan too... And and and...
You must log in or register to reply here.