Anyone who knows me over on the Road side of the fence also knows that myself and a couple of other Claud/Holdsworth nuts have worked hard at collecting and organising data to make sense of Claud Butler road numbers and systems, from way back in 1936 all the way to 1985.
I have been asked before if I could attempt something from the MTB side of things, post Marlboro ownership. (late '85 - early '86) but have shied away just because what data I did have in my hands back then was just too messy, however, now I have a few more certain dates under my belt I thought it might be worth trying to get some more data from you guys so as to try to make more sense of whatever system Brigg was using back then.

I'm going to ignore the 16month Marlboro bit, and the rest of 1986 as although the brand was now owned by Falcon, mfr was still happening over in the midlands factory and hadn’t moved to Brigg.

So I'm starting with 1987, with a list of my frames (that still have a number sticker) You will see a couple of blips, these I can't explain (my 1991 Cape having a slightly later number than my 1992 Chimera and my very definitely 1996 Cape having a number that might be assumed to be from 1992)

However, the standard sequential letter/number combo for all frames across the board might not be the whole story.

So please add to this thread with numbers/photos of post 1986 Falcon/Holdsworth/Claud Butler bikes with any background knowledge of their years.


Here is the sort of sticker I need you to find; 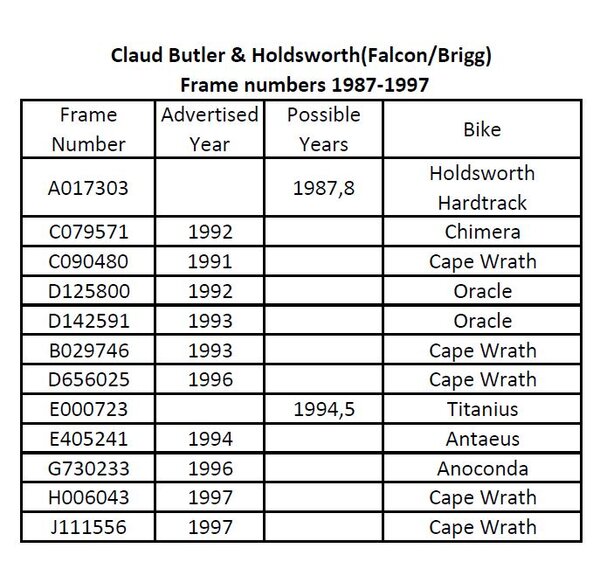 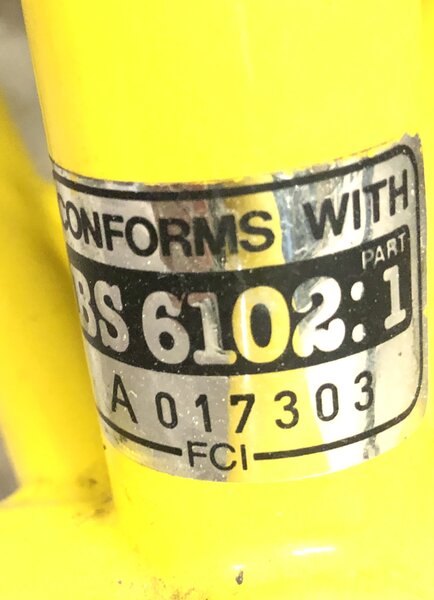