Hi! Newcomer here, but i have been lurking on this forum for a looooong time. My name is Daniel, born Swede, but now living in Germany. I am a through out Cannondale nerd. No...not nerd...more like Cannondalefista...Cannondalelista...Cannondale Afficionado. I like both old and new Cannondales, and to build them and ride them.

A common theme through my builds are that i like to blend the old and the new....keeping stuff original is not so interesting..bikes should reflect your personality, not what the spec sheets think. For example.....my early Super V build was built up with all the cool parts i dreamt about as a teenager in the mid 90s, and the paintscheme was...hmmm....chaos, a mix of Ef Racing cannondale, Palace Ef Racing colab and retro Cannondale paint jobs. Drive train side of the bike was a nod to the 90s with colors and stickers reflecting that time..... 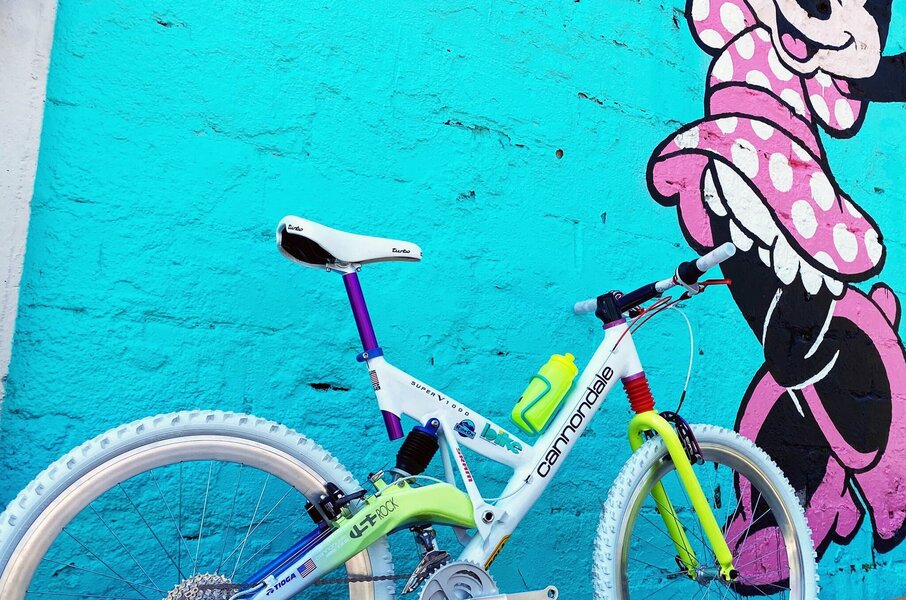 ...And the other side was more inspired by more recent trends... 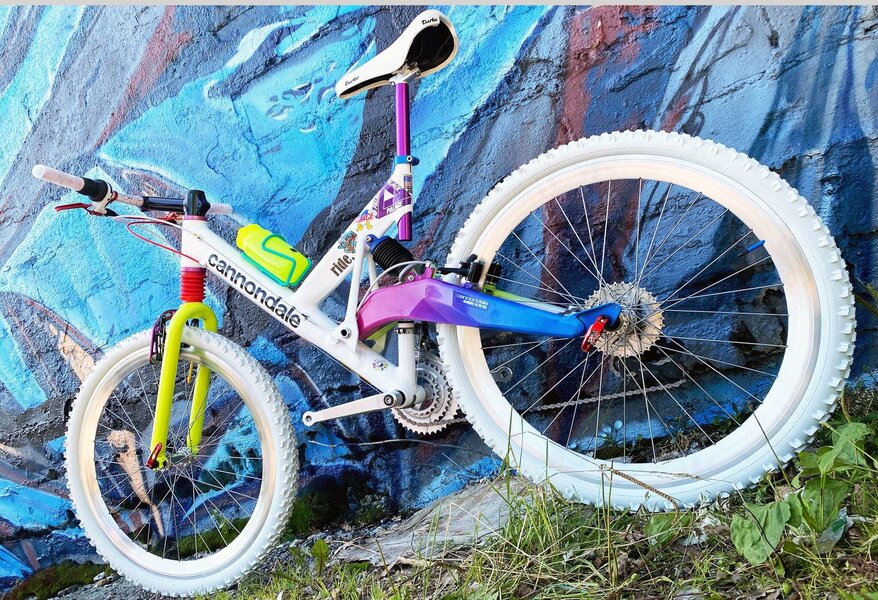 And another build i did was based on a F29, where i wanted to make the components and look of the frame all up to date, so i removed all external cable mounts, fd mounts and created holes for one internal cable...because the drivetrain was Sram AXS. But the logos and paintwork was all a nod to older Cannondales. 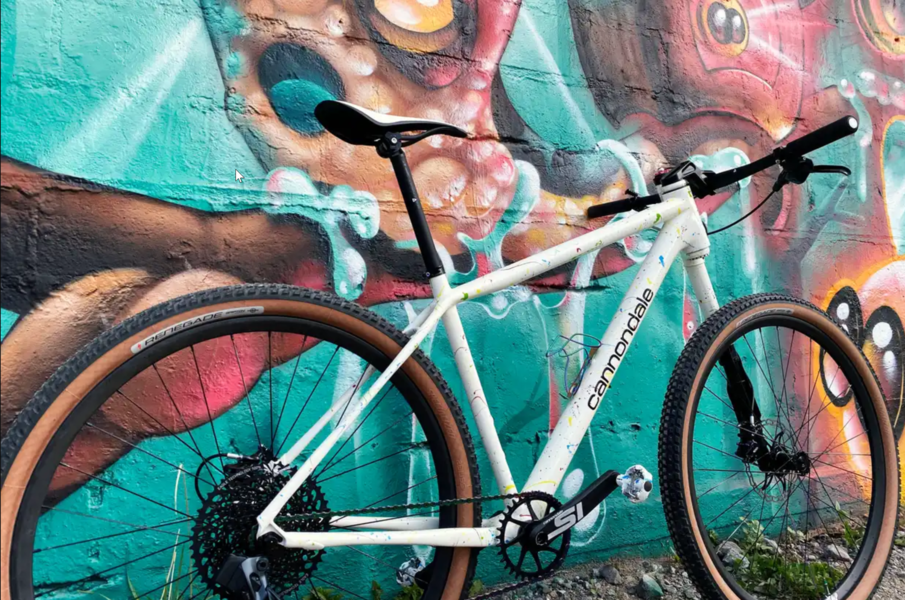 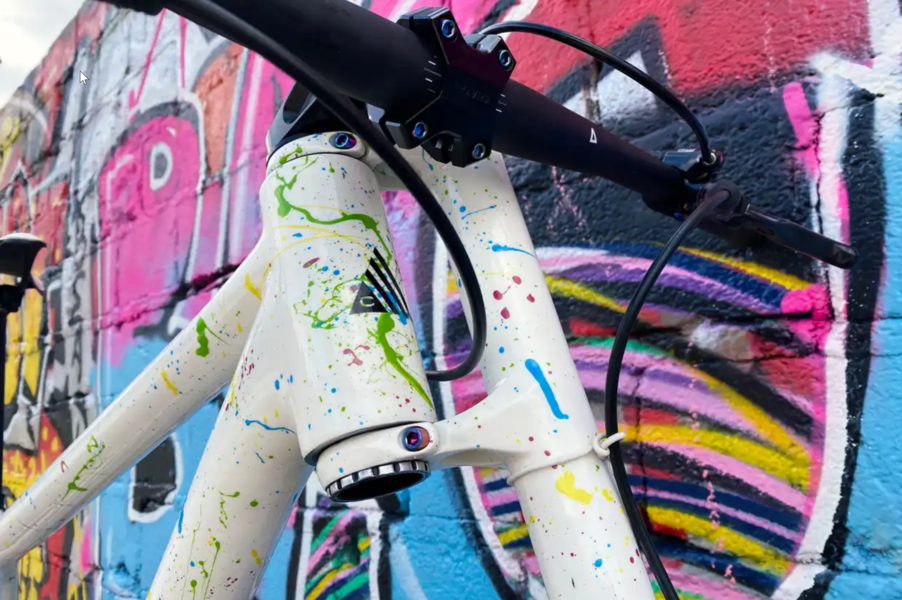 So if i have shocked any Retrobikers here by going bananas and messing with what is retro or not, so sorry. But i hope you continue reading, because now the true Retro Bike nerdiness starts, i can show some cool stuff from the parts bin that might get you hooked again. 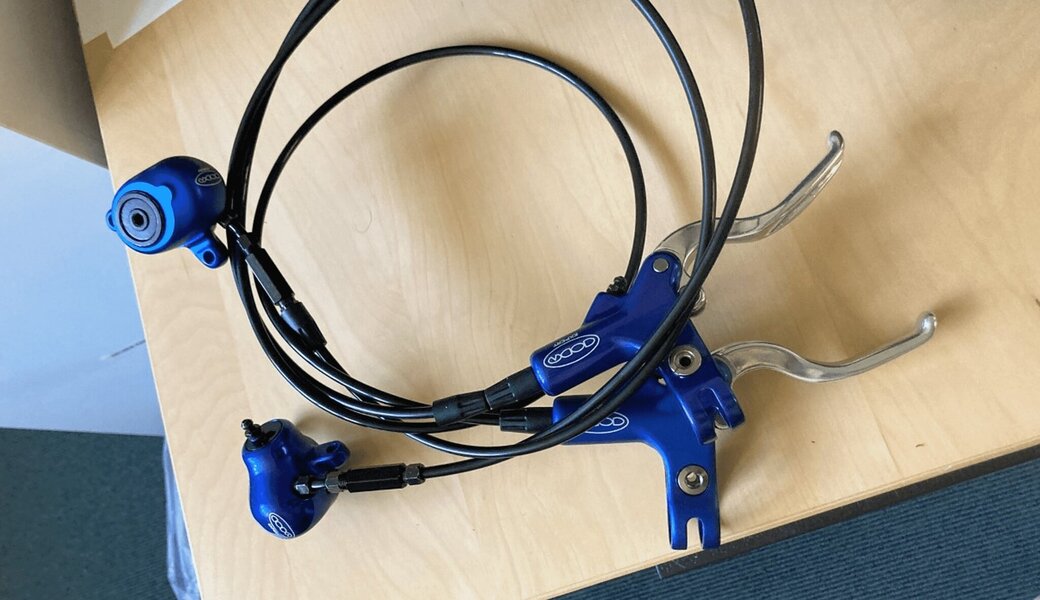 Volvo Cannondales saddles, Volvo, Stars and Stripes and a 1000 series with titanium rails. And yes, of course they are NOS. 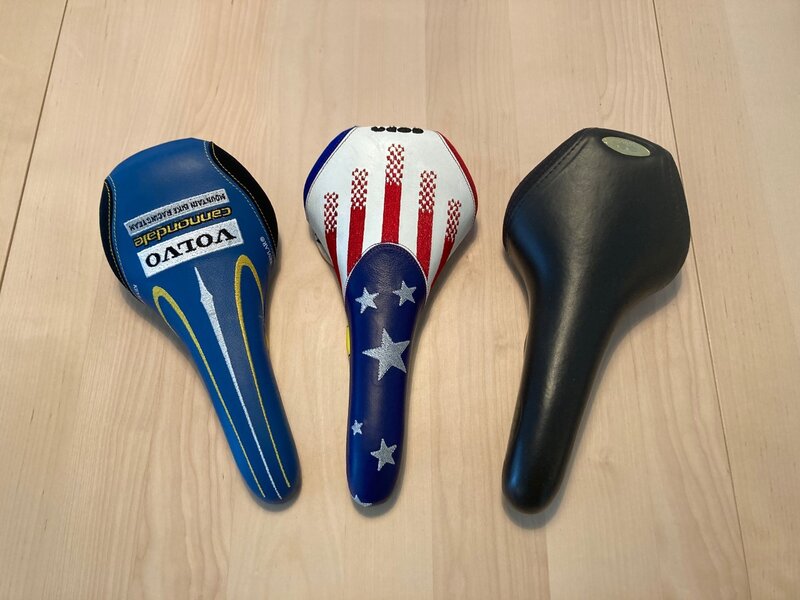 ...And a healthy dose of Headshok knobs, yes, the red one is kinda unusual. 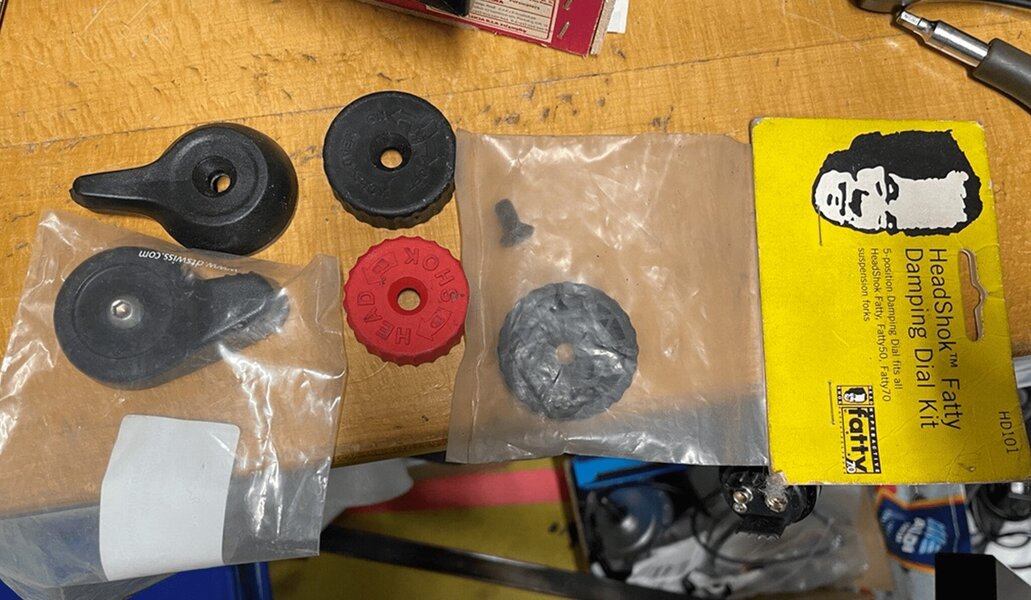 BUT, now we get to the really rare stuff. It is hard to find a Super V in good condition these days, it is ever harder to find a unused one, and when i found this very special Super V frameset i now i had totally overused all the luck life could give me. To cut to the chase, this is an old test rig frame that Cannondale used for...hmm...testing stuff. It looks like a ordinary Super V, but the geo is a little bit different, and it has strange mounts for stuff here and there....and a eccentric bottom bracket. It is not a unusual frame, it is a one-of-a-kind unicorn. It has never been ridden on, it has just been sitting in a rig, before it was placed in a box 20 years ago. The condition is..... 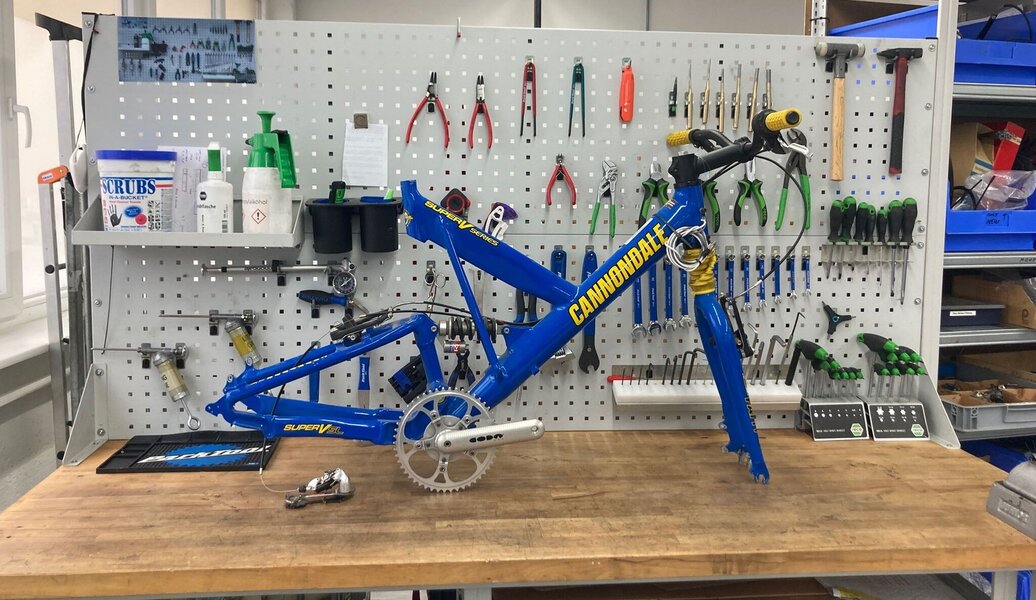 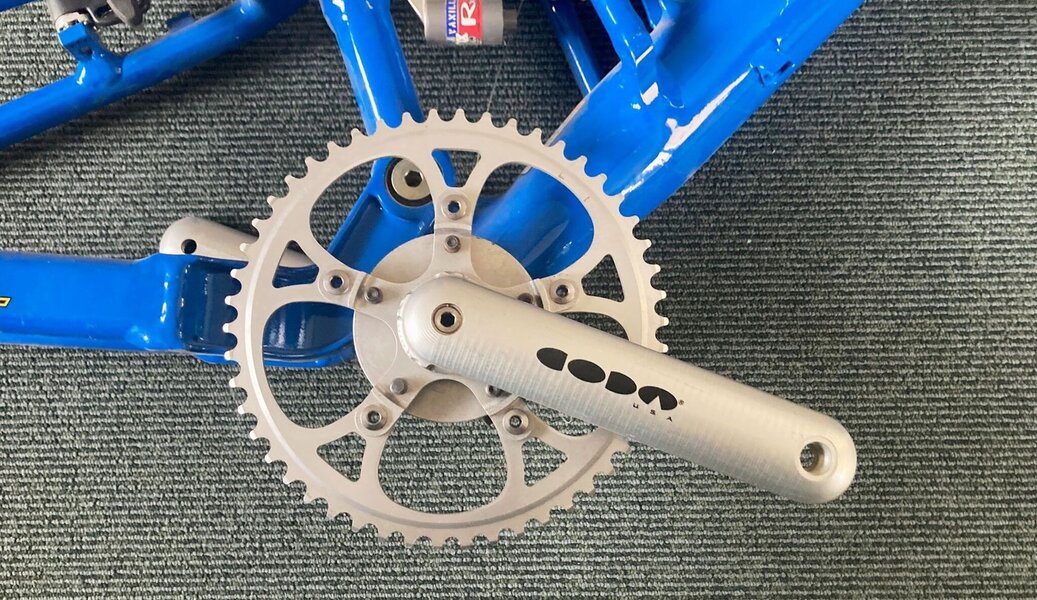 ....and there we stop it for the first post. I know i posted this in the --.1997 category, and yes, there will be a lot of stuff fitting that timeline.

If you wanna see more of my bike acid tripping, check out my instagram, Damn!

I like the F29, its very clean. Cannondales have always had great style. I serviced an old touring bicycle once, very nice and imposing with matte black paint on big, oversized tubing.

The paintjobs on those are pretty spectacular!
F

This thread is cool. Awaiting more.

Ooooffff. That first image was a bit too much to take in right now. I'll have to come back later.
N

Hello again, and thank you for all the nice replies!

And sorry for late replies....i have had a lot of stuff at work! My daily job is as a Industrial Designer at Cannondale, so speaking about obsession, i am living my dream. And my office of course have shitloads of Cannondale stuff. So from time to time i get the chane to get some cool old prototypes and hard-to-find parts, and sometimes someone just find a box of NOS parts.

There are some cool stuff in our office, like lots of old race bikes..... 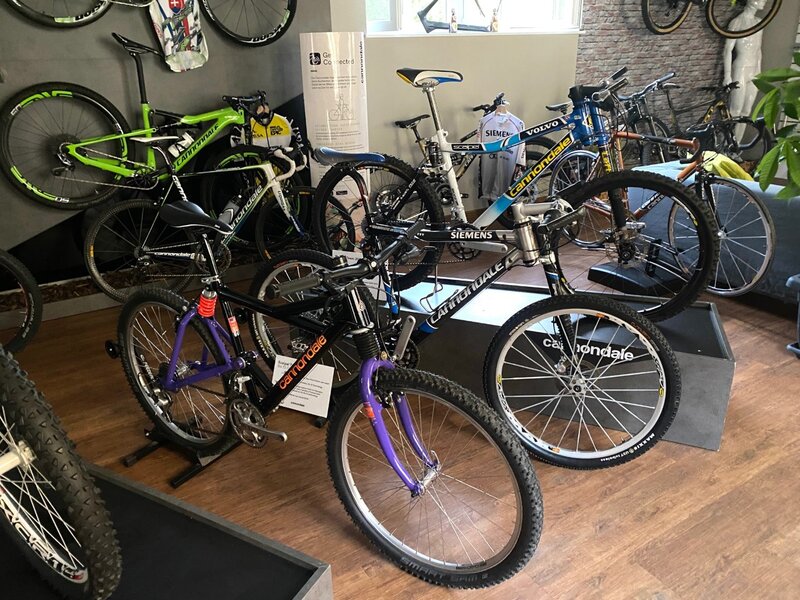 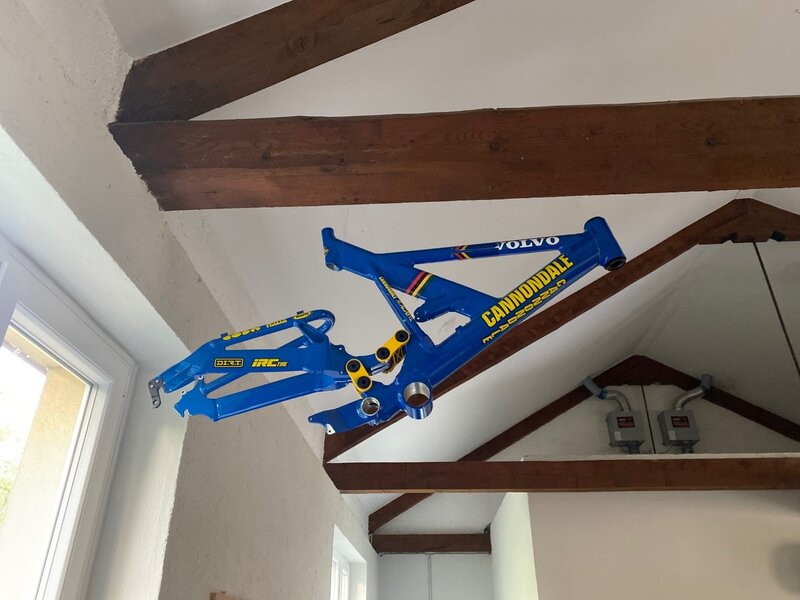 So me as a Cannondale nerd always have my overdose of Cdale awesomeness. So my daily job is to design new bikes and components from Cannondale. I like both the new and old Cannondale, so doing my "retro" builds are a nice way of embracing the history of Cannondale, and bring some of it in to the new bikes, as well as keeping the Cannondale spirit of doing stuff our own way(and continuing irritating both old and new users).

But back to the the bike(s) this thread is about.

The big blue, my prototype Super V has been collecting dust for a while, more acting like a arts installation than a fast moving project. This is the state of it now. Its built up with a STX-RC Shifter and Mech. Random cockpit parts, some magura brakes and a insanely cool, but equally heavy set of Grimea cast aluminium wheels. The amount of mismatching yellow makes my eyes bleeds. It just looks to bland....its needs more cool parts on it. 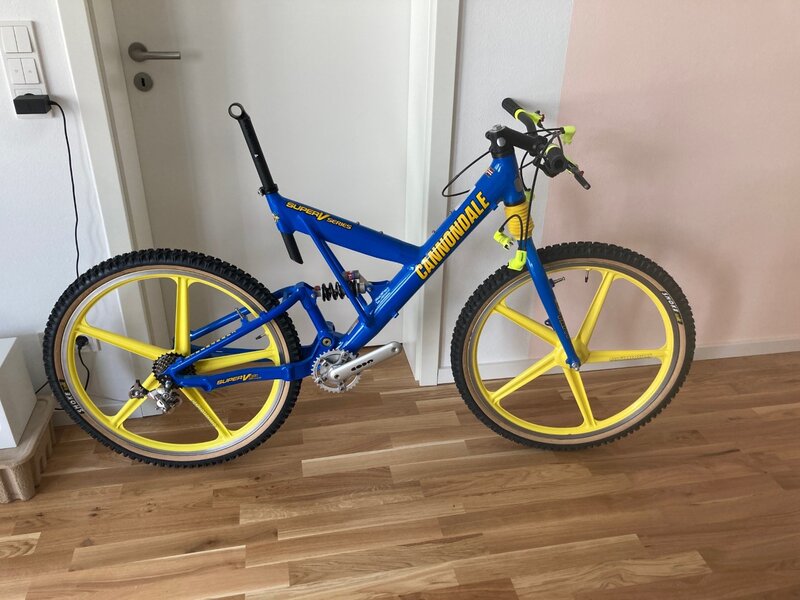 Therefore i will scrap the Grimeca wheels and go with a very cool set of old Shimano XTR lefty wheelset(actually just the color is XTR grey, these was made for an old show bike but never used) I also have a set of Shimano LX prototype brakes that will i will put on this bikes, to keep everything in the prototype bike spirit. 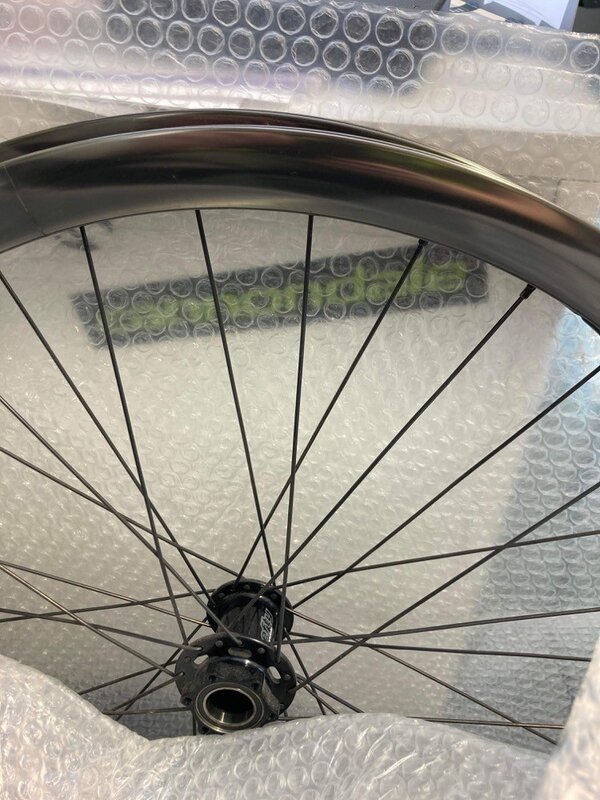 So i will change the headshok fork to a lefty...oki, not really a lefty, a Headshock Fatty Solo Air fork, same as on the Bad Boy White edition, but this one is obviously black... It will be painted in the same team blue and get some matching decals. 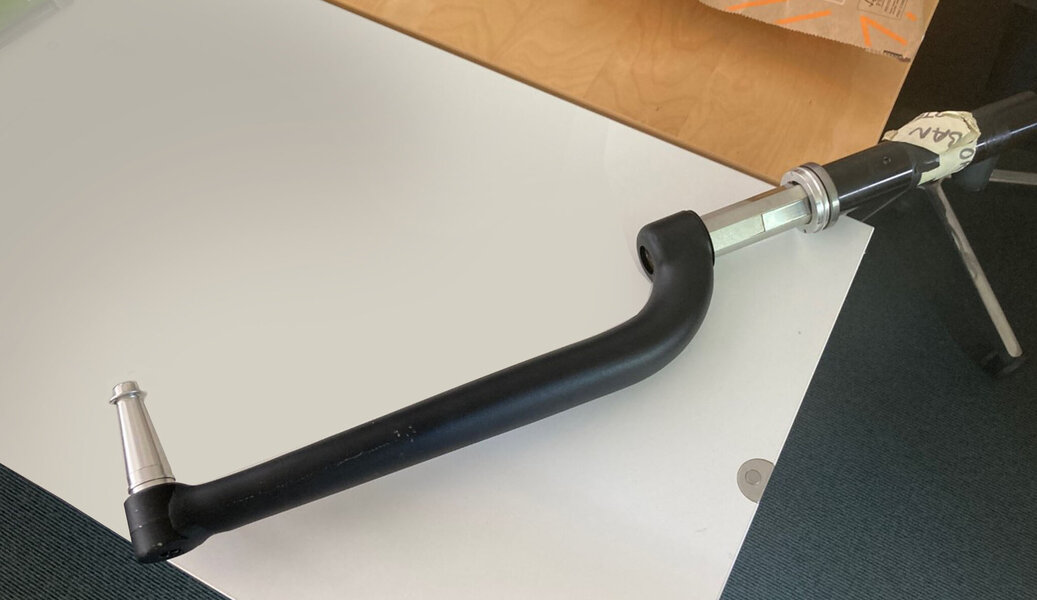 So thats the Big Blue, not the fastest moving project, but perfection takes time.

If we stand in the same room, our kitchen, and move the head a bit to the right we see my teenage love affair, the nr1 dreambike for me and something i sought after when i was a teen, that and the brown hair girl in Vengaboys. So...tada, my 1997 Cannondale F700 Volvo, a viper red beaty and i want to build it up as my dream machine. 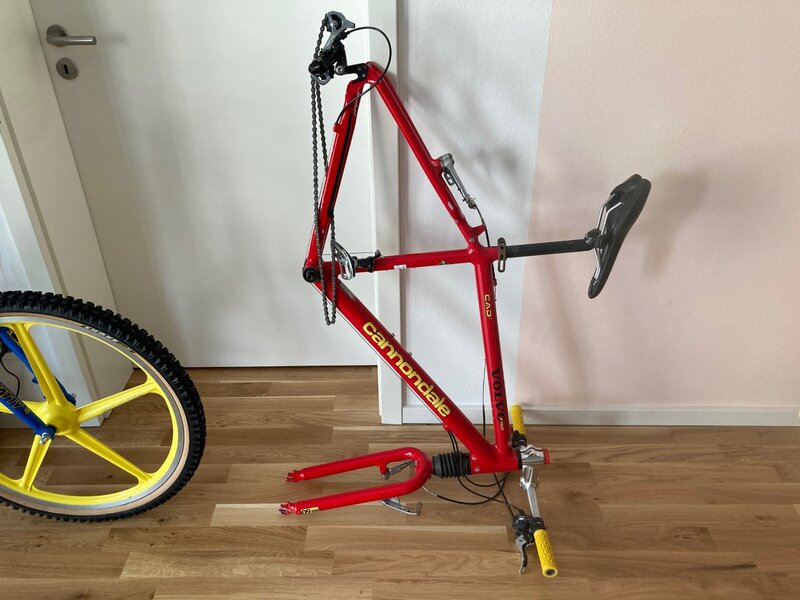 The bike is actually in great condition, the paint is in awesome condition except some paint chips and scrathes. 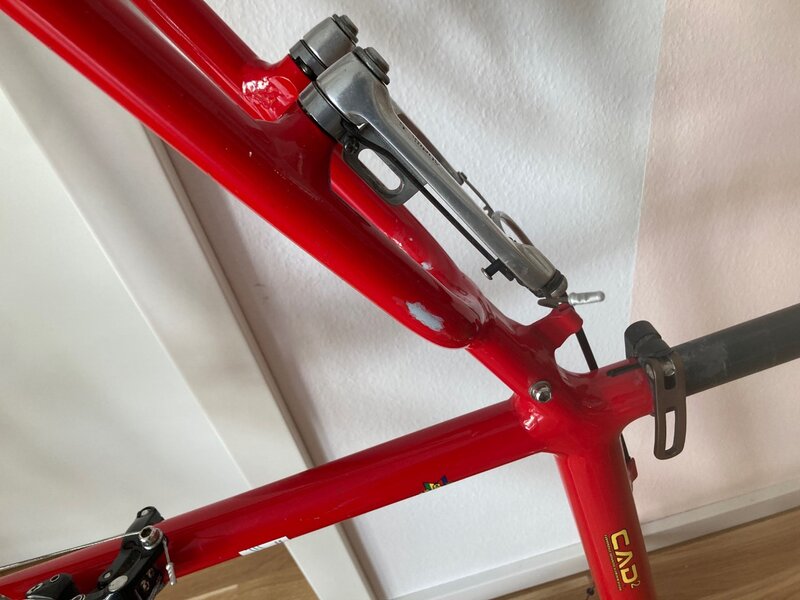 I have sanded them down, primered and filled them with the correect Du Pont PRN AKA Dodge Viper Red color so it now looks like this. As you might have seen i put some yellow Coda grips on it and a red Headshok knob, i will also put a yellow boot on the fork, then i think i have to hold my brakes a bit before it looks like somthing you get in a happy meals box. The drivetrain is LX front and rear mech, XT shifters, and DX brake levers and v brakes. A bit of of a mix, but there are at least somehow matching when it comes to age. I also have really nice Flite Titanium saddle for this bike that will replace the yucky saddle thats on it now. 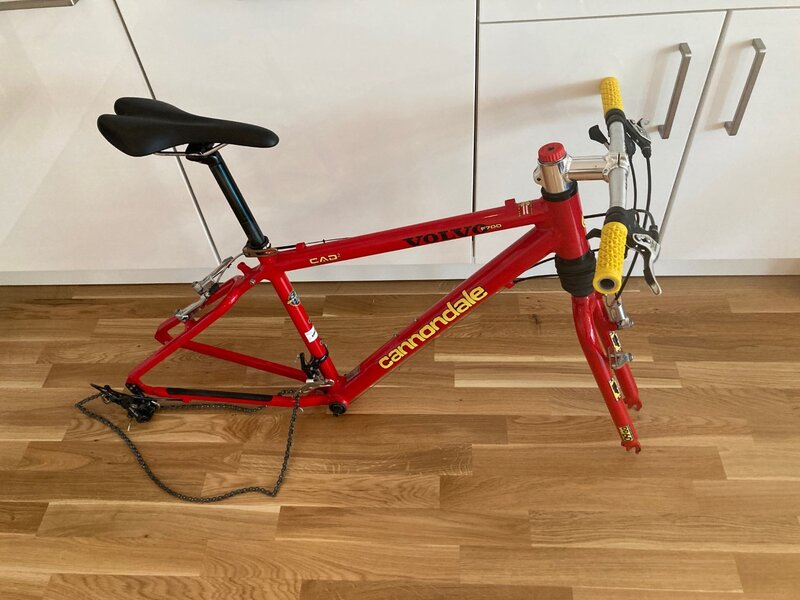 I will see what wheels i put on this bike, i have a nice set of CODA/Mavic 221 wheels that would be the obvious choice, but i think i have a cooler set laying some ehre in the parts bin..... 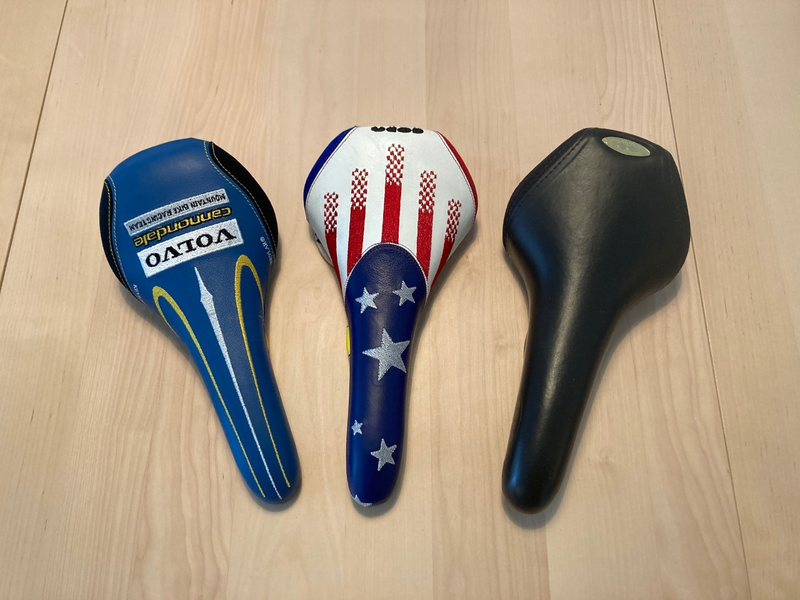 hello I have the same Cannondale bug!
i have all these saddles to but cant find what out what the stars and stripes saddle is from. Do you have any info it has been doing my head in for 10 years????
You must log in or register to reply here.